How a misalignment of expectations led a programme to fail, and an organisation to lose a funder.

It is said that failure is a stepping stone to success. I don’t know if that holds true in every scenario. But I know this much: Two major failures that shaped my outlook, attitude, and perception of life were when I lost a semester in the final year of dental college—an academic failure—and when I got divorced—a personal failure.

Both these failures dented my self-confidence and the road to recovery was long, arduous, and not without long lasting damage. After bouncing back from these, however, I was convinced that I had the innate ability to handle missteps and failures. I was filled with hubris that I could not be shaken easily by life. Little did I know, I would soon be proven wrong.

It started with me taking on a new project

Towards the end of 2018, I volunteered to take up an additional project with my organisation. I had worked on projects relating to tuberculosis for four years and was eager to learn about managing other disease portfolios, as well as keen to increase my technical expertise on non-communicable diseases.

The project involved remote management of field operations—an area I wanted to return to after many years of technical advisory work. A big incentive was also the opportunity to work with a funder who counted as one of the leading global health donors. The role was primarily a front-facing one with the donor, and at a strategic level. I assumed I would be able to balance the project with my existing work responsibilities.

Our initial discussions with the donor went well. Trouble started brewing when they wanted us to operationalise a digital tool they had developed. Based on my field teams’ initial ground work, and the local intelligence we had received, we understood that our target audience—doctors—were not keen on using an app or digital platform to streamline their health records, and for subsequent follow-up.

We communicated our apprehensions to the funders about going down this route, but they were not amenable to our suggestions. They had invested millions of dollars in software development and designing the user interface. This, coupled with mixed uptake of the application in other settings, made them keen to try it in our setting as well. So, we went ahead.

From that point onwards, all discussions were just a series of arguments between me and our point of contact within the donor office. And because we had a very timeline-driven donor, we were faulted every time deliverables and project outputs did not meet their expectations.

Initially, I did not take many of these issues seriously, and felt that they were a part of the regular challenges we all face in operations and project management. I simply had to learn to take it in my stride and work better and smarter.

Needless to say, I only became more defensive and aggressive, not just with the donor but also in the way I was working with my teams.

As the months progressed, however, our relationship—specifically my relationship with the funding agency—deteriorated. I could not shake away the thought that ultimately many projects tend to be donor-driven and top-down, without the necessary grounding in reality. It was clear I was becoming more aggressive than required, perhaps due to a disproportionate level of attachment to the project and my strong ideas against donor-driven, top-down projects with a dash of neo-colonialism.

The project was designed to change the existing practices of patients with respect to management of a disease. As with any implementation project, the initial few months of operations took longer than expected to establish, and were not showing numbers in terms of patient enrolment as per the project plan and donor expectations. The donor came down heavily on us, forcing us to change strategies every month. As the project lead, I stuck to my guns on how we needed to allow each activity to take root before we switched to another strategy. Needless to say, I only became more defensive and aggressive, not just with the donor but also in the way I was working with my teams.

After nearly seven months of operations, the donor expressed frustration over how we hadn’t achieved milestones at the rate we had committed in the proposal, and threatened to close down both the project and the pipeline funding for other initiatives as well. 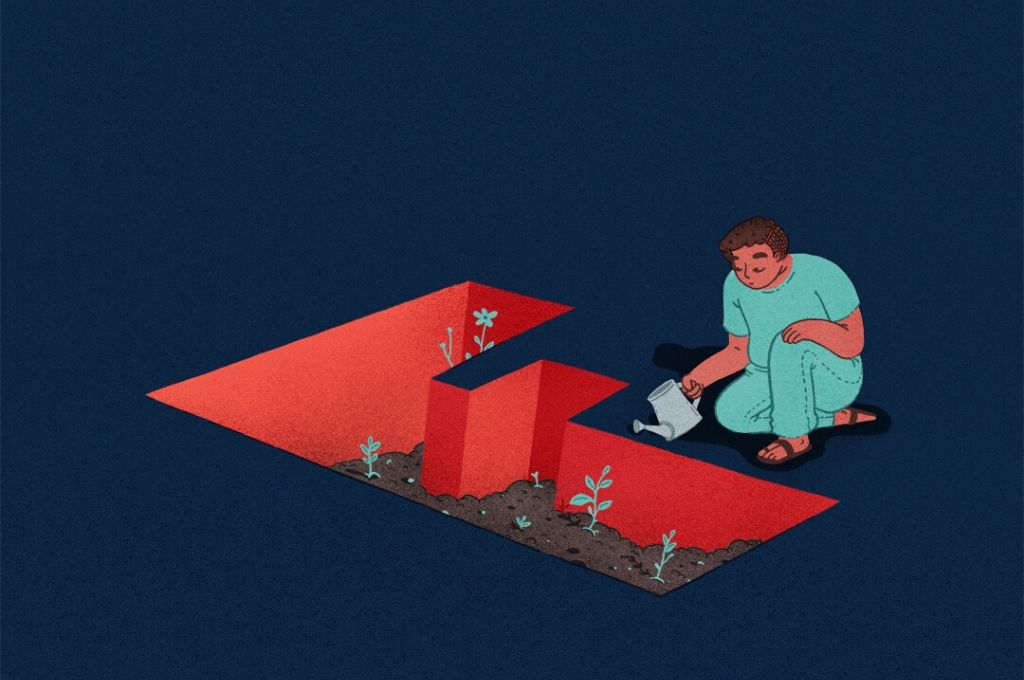 I tried to understand where I went wrong, what I could have done better, and also what I did right. | Illustration: Priya Dali

This phase was both organisationally and personally very turbulent for me

As a well reputed international organisation, we had to swing into damage control mode. For me, it was a huge feeling of loss and failure; that I had let down my team and my country leadership, who had faith in me. It was also a loss of face for me personally, because in the past I had never led a project that had drawn so much flak. During this entire ordeal of project implementation, I had persisted and soldiered on—making as many changes in the project design and team management as possible. But it was clear to me and the others that I was caught in a vicious cycle of negativity and was unable to be productive. The stress manifested as anxiety attacks and insomnia.

After a month and a half of being in the eye of the storm, I introspected and decided that I would step down from the project.

After a month and a half of being in the eye of the storm, I introspected and decided that I would step down from the project, because I was unable to cope with the increasing demands, and the toll it was taking on my physical and mental health.

When I drafted the email to my directors explaining my stance, I was overwhelmed with a sense of relief once the email left my inbox and the country leadership accepted my decision.

A day or two later, when I was zipping away on my scooty, I fell into a familiar pattern of humming and riding. At that moment I realised that I had stopped humming entirely in recent months, ever since I had taken on the project.

Related article: Finding the right funder for your nonprofit

After I stepped down, I reflected on my failure

I tried to understand where I went wrong, what I could have done better, and also what I did right.

I realised I had strong biases against the donor’s approach; my ego tussle with the point of contact and my stubbornness of wanting to do the project like it was my very own start-up didn’t help either. In retrospect, so much emotional investment was perhaps not warranted. During the course of this project, I had also neglected my main workstream, and deliverables had suffered. I realised I wasn’t very good at multi-tasking.

Some other key lessons I derived from this episode were:

In due course, I made my peace with the whole phase and moved on. I am glad I prioritised myself over a project though, and I walked away with the core belief that nothing is worth the cost of my own well-being.

From an organisational stand-point, I was replaced with someone who had more operations experience and a better knack for managing donors. Sadly, despite all the efforts put in by everyone, including the leadership, the donor pulled the plug on the project earlier this year. To paraphrase them, “There is no point in flogging a dead horse.”

Tags: failure, funders, well-being
We want IDR to be as much yours as it is ours. Tell us what you want to read.
writetous@idronline.org
ABOUT THE AUTHORS 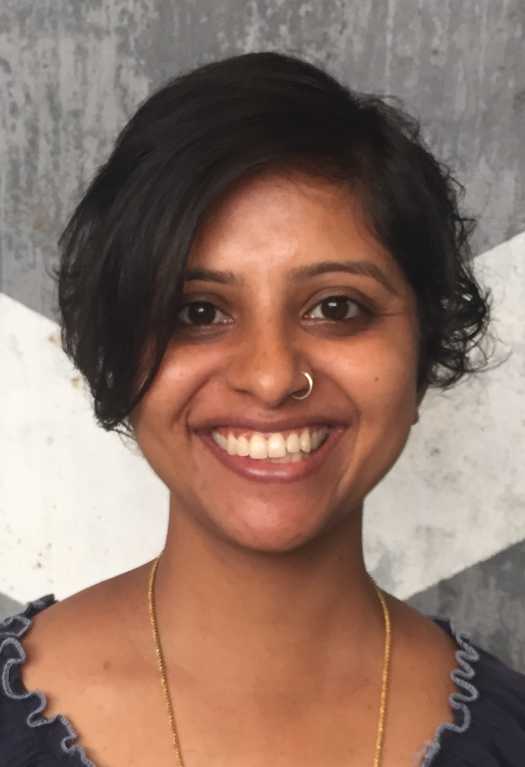 Dr Sapna Surendran is a public health professional who is currently working with an international nonprofit. She works closely with the national and state health ministries to strengthen private sector engagement for tuberculosis (TB) services. Sapna is also involved in the design and development of interventions in mental health and cancer control. At the national level, she has played a key role in developing and institutionalising the national guidance note on partnerships to improve the scope and quality of TB services at the community-level. 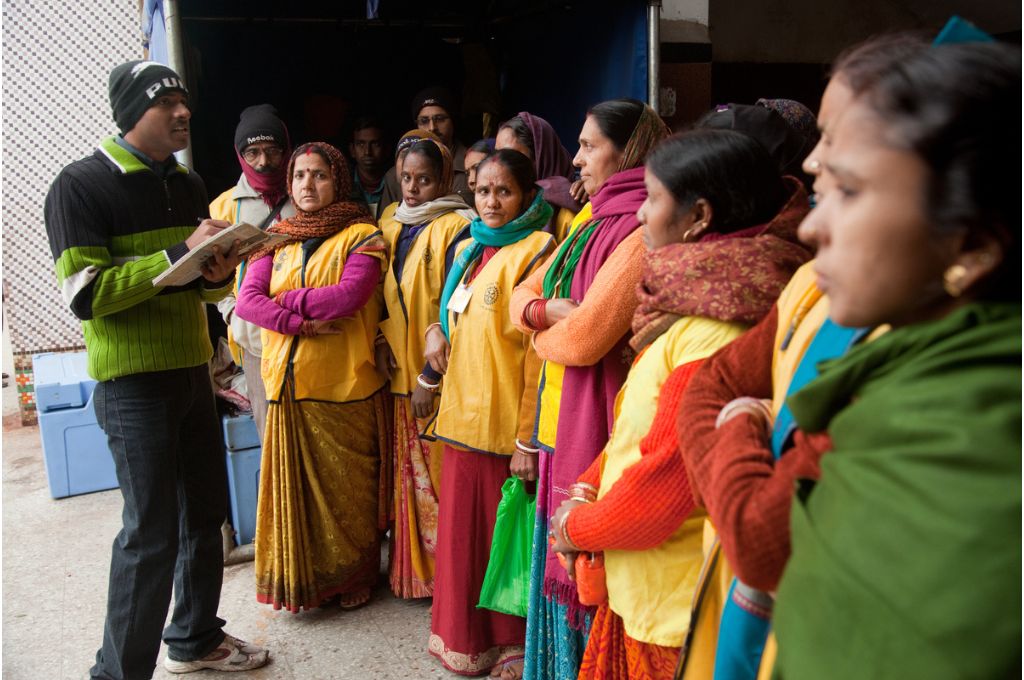