The changing nature of nonprofit boards

The corporatisation of nonprofit boards is diminishing the impact civil society is able to achieve.

“We need to remember this is not a corporate entity; this is a social action group with a commitment for social transformation and social justice. As long as the laws of the land are adhered to, we must flip the question of seeking accountability from the executive, and instead ask the team how can we empower and support them in their struggle to achieve the vision and mission of the organisation.”

These were the words of Vijay Tendulkar (regarded by many as one of the best playwrights in India) during a particularly difficult board meeting, where certain members were getting too involved in procedural and compliance-related nitpicking, losing sight of time and the relevance of this approach for a nonprofit organisation. His clarity on the primary role of the nonprofit board has stayed with me since.

This clarity was common wisdom just 10-15 years ago for the nonprofit sector. However, if you go to a nonprofit board room today, this understanding of ‘empowering and standing in solidarity with the team (executive)’ might be turned on its head, particularly in bigger, more ‘professionally’ run organisations. Today, board meetings are primarily geared towards compliance and accountability, backed by donors and consultancies. This is pushing more organisations away from a board focused on solidarity, to one focused on compliance and accountability.

Related article: Your board is only as good as you want it to be

This gradual but decisive trend has had far-reaching consequences on the character of civil society and has unfortunately also weakened our contributions to the fight for social justice and human dignity.

What led to the changing nature of boards?

This shift in the conception of the board’s role is a result of a complex interplay of multiple factors, and cannot be attributed to just one phenomenon. However, if we simplify the history of this shift, two primary factors emerge:

1. A misunderstood narrative of accountability

A discourse around the lack of accountability of nonprofits developed, along with the need to strengthen compliances and accountability by regulators whose knowledge was rooted in corporate management. There is no denying that some organisations were using public money without integrity and for personal benefit. Sadly, these outliers became the impetus to defining accountability norms for the sector. There was almost no concerted attempt to systematically look at what should and ought to be an accountability framework for a nonprofit—one that isn’t founded on accountability as understood by corporate entities, but on the reality of the ‘karmabhoomi’ of civil society organisations, in coherence with nonprofits’ vision and mission.

We must not forget that the board rooms of big corporates in India have left much to be desired.

In the ‘70s, many small groups in rural areas were provided cash as support for their work from funding agencies. In current times, this would be a non-starter. But such a flexible approach—with no banks in the hinterland and low capacities within organisations to work on financial management—yielded excellent results, helping people organise and mobilise for just causes. Even today, many groups needing financial assistance would do very well with a very light touch approach, but uni-dimensional accountability frameworks do not provide the required flexibility.

Whether with Satyam, ILFS, or Yes Bank, we must not forget that the board rooms of big corporates in India have left much to be desired. Even in terms of traditional accountability standards, not to mention accountability around human rights, labour standards, and environmental norms, corporates aren’t exemplars.

2. A desire to become ‘professional’ and achieve scale

Civil society’s increasing desire to become professional and achieve scale meant the need for more funds in the coffers of organisations.

However, the desire to consistently grow in size and finances opened the doors of nonprofits’ governing boards to wealthy elites who largely came from the corporate world. The initial forays of corporate professionals and private sector actors in the governance of these institutions were benign, and also brought some very well-meaning individuals and competencies to the sector. 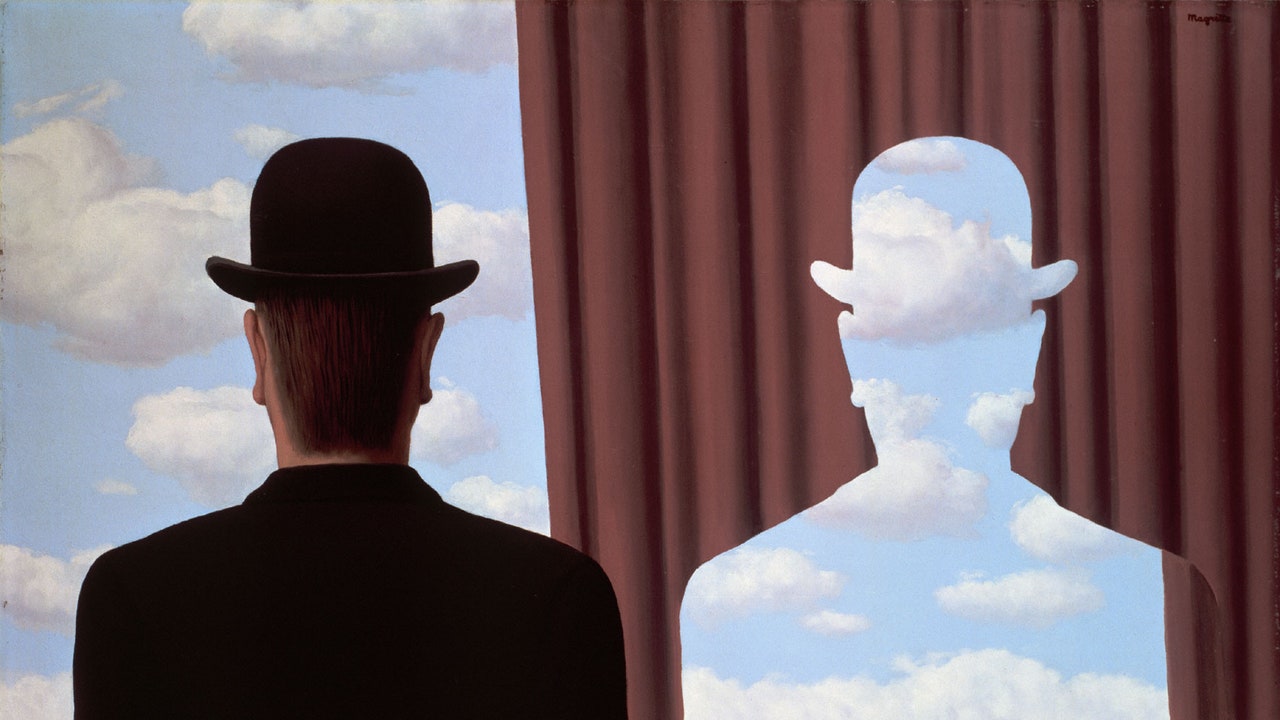 The eagerness to invite corporates to nonprofit boards reflects a lack of confidence in the leadership of the sector. | Picture courtesy: R Magritte | Adagp, Paris

However, soon it became a trend, and more and more individuals from the corporate sector started getting invited to nonprofit boards. Nonprofits often thought these actors would open doors to grants and donations at a time when international institutional funding had started shrinking, and therefore more were invited. While this model is prevalent in the United States, almost a decade’s worth of experience tells us that this model has not worked in India. Most of these individuals have not brought in significant amounts of funding to traditional civil society organisations, but have played a crucial role in changing the character of nonprofit boards, and in turn, fundamentally impacted the character of these organisations.

What of the value of different sectors?

It is important to acknowledge that cross-fertilisation of different sectors adds immense value to civil society. The experiences that corporates bring to civil society can be immense, and in the longer-run a model of action across sectors could be transformative. But the eagerness to invite corporates to nonprofit boards also reflects a lack of confidence in the leadership of the sector. The same logic of cross-fertilisation should apply to corporates as well, but one does not see civil society leaders sitting on corporate boards (not even for tokenistic diversity).

The corporatisation of boards is fundamentally changing the character of nonprofits and has far-reaching consequences on the sector.

Inviting an increasing number of corporate actors also comes from the fundamentally flawed assumption that anyone can contribute to the running of a nonprofit. This is echoed in the composition of boards being championed as ‘balanced’ when corporates, bureaucrats, academics, and other actors are all included. In many cases, the presiding role of the chair is handed over to corporates or bureaucrats, as they come with an aura of power. This shift in the board composition—the corporatisation of boards—is fundamentally changing the character of nonprofits and has far-reaching consequences on the sector. Some of these major shifts include:

1. Changes in leadership and processes

The first big, visible change is with regard to the hiring of the chief executives. Increasingly, we are seeing individuals from outside the sector being hired as chief executives or executive directors. Many of them come with backgrounds in media, bureaucracy, or the private sector. While these are certainly talented people, with a commitment to social causes, there is often little understanding of civil society and its ways—working with limited networks in a sector that must thrive on collaborations.

As leaders, they also strongly influence the culture and practices of the organisations. Often, new corporate ways of working are introduced, such as individual incentives (commissions in some cases for functions like fundraising), dashboards (and other monitoring tools which measure quantifiable numbers but not qualitative change), and KPIs (key performance indicators). These processes are rooted in business management, and might not be suited for nonprofits, where values, empathy, collaboration, solidarity, non-discrimination, and justice are primary goals. For instance, a KPI framework has the potential to alienate a team member from the larger vision of the organisation and keep them focused on deliverables instead.

In addition to changes in leadership, fundamental shifts take shape in the form of repurposing organisational vision and mission, and strategic frameworks for action. Increasingly, ‘new’ visions and strategic plans are focused on the desire to make a sharper impact and increase fundraising possibilities.

Greater impact is always desirable, but this desire to make a sharper impact is not rooted in systems or ecosystem thinking, but instead in a decontextualised assembly line blueprint of change, which often does not yield results. It does not factor in the complexity of social change, and views it as a solvable problem at best. This corporate way of thinking gets further amplified as more donors hire leaders and professionals trained in business management, who then, in turn, change funding patterns by investing in log-frames and results-oriented frameworks. Process-driven, bottom-up, people-led processes, built around trust, solidarity, and partnership end up being sidelined.

This management-driven approach also significantly lowers levels of risk appetite. It certainly has very low levels of appetite for (or even an understanding of) confronting power, which is essential for real change and struggles for justice and dignity. As managers and private sector professionals, the idea is to avoid conflict and focus on profits. This approach is detrimental to the long-term impact civil society wants to create. In many cases, creating conflict—by way of challenging, questioning, and critiquing—is a fundamental prerequisite for civil society.

For example, in cases of domestic violence, confrontation is critical. It cannot be avoided and the outcome is dependent on the civil society groups’ dogged focus on challenging the perpetrator, the gendered narrative, police-bureaucracy, and the legal system which is always ready to condone this as a family matter. This timid approach to challenging power is fundamentally changing the character of civil society.

Given that most board members who cross over into the social sector come from positions of relative privilege, they might not have enough experience of substantively engaging with the communities we work with, particularly the most marginalised and excluded communities. They are often most comfortable shaping policy or macro public narratives, and this comes through in board room conversations that urge organisations to move from community or citizen-centric work to more advocacy and policy work.

This shift away from working directly with communities leads to altering the fundamental premise that civil society should be built on.

Are we left weaker, as a result?

The board rooms of nonprofits can be deliberative spaces for the organisation to engage in learning, particularly from praxis, and address questions related to strategy or ethical dilemmas. As board room conversations move towards being more geared towards compliance and accountability, solidarity between board members and the team gets diluted, and gradually replaced by professional relationships.

Organisations might also miss the opportunity to learn from each other, as fewer board members today are involved with ground realities or activism. These changes in the composition of boards are troubling, resulting in the board as a collective (and therefore the organisation) being ambiguous about their relationships with power. If most members have a comfortable or self-aggrandising relationship with power, the organisation could be nudged and steered to dilute its confrontation of power, incrementally.

The ability to challenge and confront power often comes from a strong resolve, anchored in passion for justice, born out of a constant interrogation of power. When this ability gets compromised, civil society is left weaker.

Tags: civil society, NGO compliance
We want IDR to be as much yours as it is ours. Tell us what you want to read.
[email protected]
ABOUT THE AUTHORS 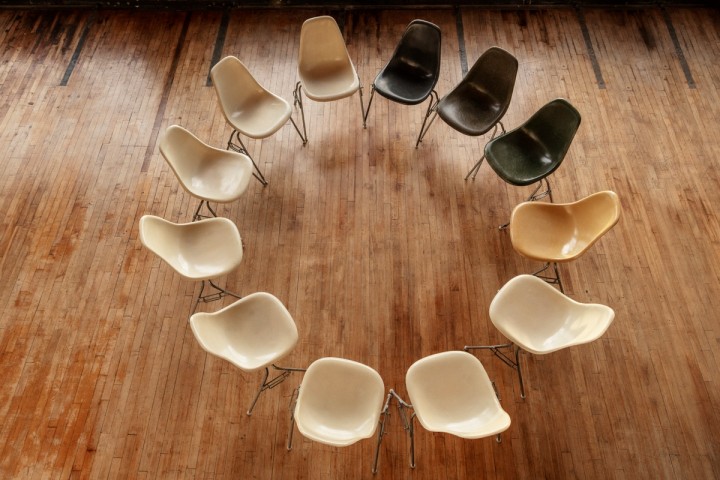 Board & Governance
Nonprofit boards—for the founder or for the organisation?
What does good governance look like in nonprofits that are largely founder-driven?
by Aarti Madhusudan | 4 min read 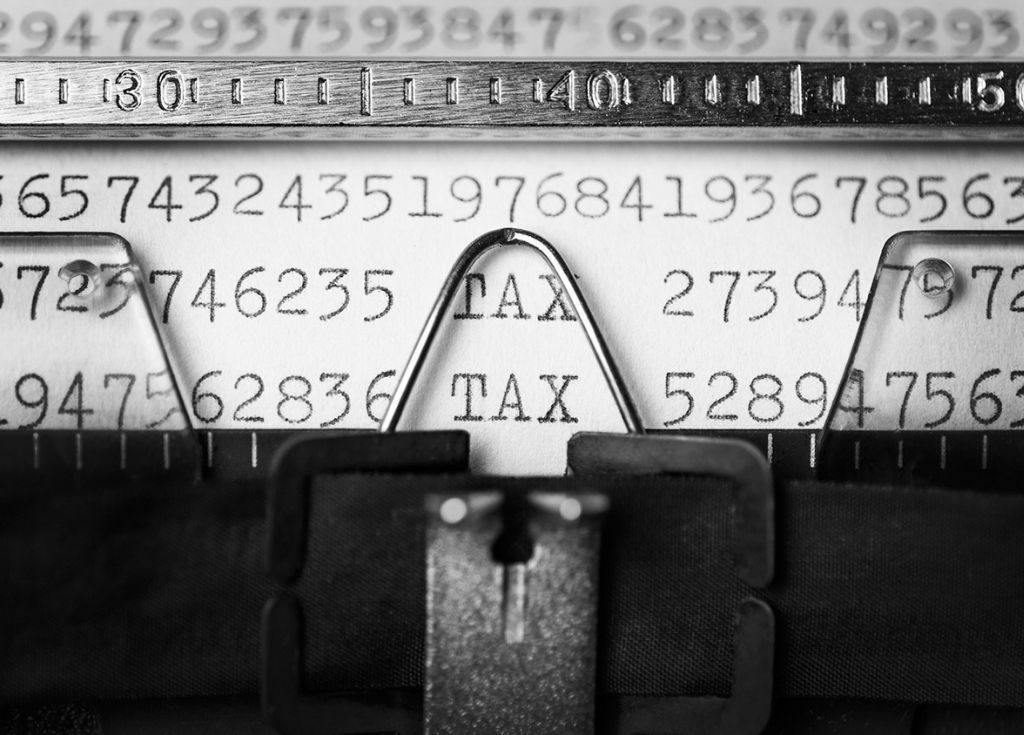