Addressing the gaps of the One Nation One Ration Card scheme

More than 8 lakh households could benefit from the One Nation One Ration Card scheme, yet gaps in its implementation persist. Here's how we can address them.

Launched in 2019, the One Nation One Ration Card (ONORC) scheme aims to revolutionise India’s public distribution system (PDS), which currently guarantees food security to approximately 237 million low-income households. Designed especially to benefit migrant households, this new initiative is built on the idea that food security benefits should be ‘portable’ across the country. This means that a ration-card holder—who might have migrated from Bihar to another state for work, for example—can access their food entitlements at any fair price shop (FPS) in the country, and not only at the one where they are registered.

Although two years have passed since ONORC’s launch, only a few studies have collected primary data to assess its implementation and impact. A robust, quantitative understanding of the frontline experience—which consists of both beneficiaries and PDS dealers—was missing. To plug this gap, Dalberg, Kantar, and Omidyar Network India collaborated and conducted a study that identified the successes and gaps of the ONORC scheme.

The study focused on five states—Andhra Pradesh, Karnataka, Rajasthan, Uttar Pradesh, and Jharkhand—each one at different points in implementing the ONORC scheme, and with significant inter- and intra-state migrant populations—the primary target of the ONORC initiative. A total of 6,750 PDS beneficiaries and 1,540 PDS dealers were surveyed as part of the study, which included interviews with various stakeholders in research and government and a review of existing literature. Here are some of the study’s key findings:

1. There is widespread awareness regarding portability, but many struggle to avail it

Forty-eight percent of ration-card-holding households were fully aware of the portability provision. This means that they knew about the possibility of intra-district, inter-district, and inter-state ration portability. Additionally, 31 percent of these households believed that at least one of the portability options is possible. Twenty percent of households were completely unaware that they could get their rations at any FPS in the country, but when the scheme was explained to them, they expressed an interest in it.

Approximately 55 percent of the beneficiaries who wanted to update their ration card felt overwhelmed by the procedure.

Since PDS dealers are responsible for providing rations, it was also important to assess their awareness of the scheme. Although nearly all the surveyed PDS dealers were aware of portability, a smaller number of them (73 percent) were aware that the provision extended outside the beneficiaries’ home states as well.

In spite of the high overall awareness of ONORC, there were barriers in accessing it. For instance, Aadhaar-based authentication is essential to access the benefits of the initiative. Almost all the surveyed beneficiaries had seeded their ration card with their Aadhaar card. Half of the households that had not seeded their ration cards had attempted to do so but had failed, primarily due to a mismatch in ID-related documentation. Approximately 55 percent of the beneficiaries who wanted to update their ration card (for instance, to add new members or amend certain details) felt overwhelmed by the procedure or were unable to compile all the required documents.

2. The uptake of portability has grown, but transaction failures and stock depletion persist

In the month preceding the survey, approximately 12 percent of the surveyed households had visited an FPS that they were not registered at to avail their rations. A majority of these households that tried availing rations under the ONORC scheme reported that they had succeeded in collecting their rations every time.

However, such households also experienced 1.3x as many transaction failures and 4x as many denials compared to those collecting rations from their registered centre. Poor connectivity, biometric authentication issues, and other such technological problems were the primary reasons for households experiencing transaction failures under this scheme. When transactions failed, approximately half of the surveyed PDS dealers did not utilise any other verification processes, such as generating an OTP on the beneficiary’s mobile phone. The absence of explicit guidelines for PDS dealers to follow during instances of authentication failure and other such information gaps were responsible for the underutilisation of alternative steps in such cases.

The study also found that 10 percent of the PDS dealers had depleted their stock completely at least once in the three months preceding the survey. Additionally, depleted stocks or the fear of such depletion resulted in 32 percent of the surveyed PDS dealers denying service to portability customers, because they wanted to ensure that their regular customers were guaranteed their rations.

3. Vulnerable segments of society find it difficult to access portability

In comparison to non-migrant households, twice as many migrant households with ration cards had attempted to use portability to access their rations in the month preceding the survey. Approximately 70 percent of these migrant households reported that their experience of accessing their rations through portability was a positive one, whereas 22 percent of them reported that their experience was neither good nor bad. Marginalised women found it particularly challenging to receive and update their ration cards. For instance, it was difficult for recently separated or divorced women to provide documentation that proved separation from their husbands, which resulted in them being excluded from the PDS. Approximately 77 percent of low-income households that did not have a ration card wanted to enrol in the PDS. However, 61 percent of them could not obtain a ration card due to challenges such as absence of necessary documents or Aadhaar authentication issues.

In light of the findings, the report makes the following recommendations to improve the uptake of the ONORC scheme:

Beneficiaries need to be made aware of the availability of portability through their preferred channels, which include PDS dealers and news media. High-priority groups such as migrant construction workers and marginalised women should especially be targeted through focused awareness campaigns. Moreover, PDS dealers need to be informed that beneficiaries can avail inter-state portability as well. Raising awareness can greatly benefit the estimated 8,80,000 households that are unaware of the initiative.

The technology present at FPS must be upgraded in order to facilitate better connectivity, which will minimise the risk of connectivity-induced transaction failures. Additionally, clear exception-handling mechanisms should be established for instances where authentication failures occur. State governments can potentially develop rules for providing rations to customers when poor connectivity or authentication errors impede the process. These rules should then be communicated to PDS dealers and beneficiaries, so that the involved parties know the process that needs to be followed in cases of transaction failures. Lastly, ensuring the issuance, updation, and seeding of the ration cards of beneficiaries, especially those from vulnerable groups, is essential. This can be achieved through seeding camps and targeted seeding drives at FPS, particularly in districts with the largest gaps. The process of updating or correcting ration cards must be simplified as well; this is especially required for vulnerable women, who incur a significant and complicated documentation burden.

Enabling flexible stock requisition for PDS dealers when they run low will enable them to meet the fluctuating demand. Andhra Pradesh has already implemented such a requisition model, which other states can potentially learn from. Moreover, the use of data analytics to detect patterns and shifts in portability uptake can improve demand planning and predict demand more accurately. As a result, the procurement, allocation, storage, and distribution of rations can be managed more effectively. These measures can reduce PDS dealers’ fear of stock-outs, which is currently a significant deterrent to them providing their services to customers.

Everyday PDS users can be empowered through portability, as they can avoid stock-outs or discrimination by availing rations from any FPS of their choice.

The ONORC initiative offers several important benefits to ration-card holders. It has the capability of resolving critical food security challenges, especially in the case of migrants, who are often unable to avail their rations. Moreover, everyday PDS users can be further empowered through portability, as they can avoid stock-outs or discrimination by availing rations from any FPS of their choice. However, the aforementioned critical gaps need to be addressed in order to unlock the potential offered by ONORC.

Tags: food security, government, government scheme, migrant workers, public policy
We want IDR to be as much yours as it is ours. Tell us what you want to read.
writetous@idronline.org
ABOUT THE AUTHORS 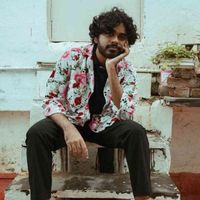 Derrek Xavier is an editorial analyst at IDR, where he is responsible for writing, editing, and publishing content. He previously worked in editorial positions at Cactus Communications and Firstpost. He holds an MA in Media Studies from the University of Amsterdam and a BA in Sociology and Anthropology from St Xavier’s College, Mumbai.