How can policies for women’s empowerment be more impactful?

In order to succeed, policies for women’s economic empowerment must be designed using a gender lens.

In the year 1990, renowned economist Amartya Sen shared with the world an intriguing phenomenon he had come to observe, about the 100 odd million women who were simply ‘missing’. In an essay for The New York Times, he wrote, “These numbers tell us, quietly, a terrible story of inequality and neglect leading to the excess mortality of women.” Exacerbating this phenomenon, he noted, were a myriad of social, cultural, and economic factors, including poor access to education, nutrition, health, and economic rights (including property rights). Thirty years later, the UNFPA’s State of the World Population Report 2020 estimates that India accounts for 45.8 million of the world’s 142.6 million missing women.

Research suggests that investing in Women’s Economic Empowerment (WEE) has important linkages with gender equality. As a result, India has witnessed several schemes and progressive legislation—both at the central and state levels—that aim to empower women and increase their participation in the economy. However, despite the government’s targeted efforts, India has had limited success. The Global Gender Gap Report 2020 has ranked India among the five worst countries in the ‘Economic Participation and Opportunity’ index.

Despite the priority accorded to skilling programmes by the government, less than two percent of women received formal training in 2017-18.

The COVID-19 pandemic has only heightened this gendered vulnerability. National Sample Surveys’ data reveals that the Female Labour Force Participation Rate (FLFPR) has been in decline in rural areas, and has remained stagnant in urban areas since the late 1980s. Similarly, a close look at this data by the Initiative for What Works to Advance Women and Girls in the Economy (IWWAGE) finds that despite the priority accorded to skilling programmes by the government, less than two percent of women received formal training in 2017-18. But even as 84 percent of formally trained men joined the labour force, less than half of the trained women did so.

There are several reasons that can explain why WEE policies in India may not have had the anticipated impact. However, in the absence of rigorous evaluations of government schemes and policies, evidence remains thin and fragmented. As a first step to addressing the problem, The Quantum Hub (TQH), where we work, has undertaken an exercise to map the landscape of policies and synthesise all available evidence. Additionally, we also undertook a design analysis of some prominent interventions to identify patterns in shortcomings and opportunities, if any. Our hope is that learnings from this exercise will facilitate decision-making until such time when rigorous evidence becomes available, especially since many of these interventions are supported by substantial budgetary commitments.

The landscape of policies relating to WEE is vast and cross-cutting, and therefore we adopted a clear methodological approach to go about the exercise. We adapted the Longwe Gender Analysis Framework, which uses a progressive hierarchy to measure women’s empowerment. We supplemented this with policy lenses (alignment of incentives of stakeholders and state capacity required for implementation) to understand each policy’s likely effectiveness. These lenses were then used to assess policies and schemes across the core areas for WEE identified by the Overseas Development Institute–collective action, unpaid work, skill development, quality work, social protection, access to property and assets, and financial inclusion.

Well-intentioned schemes, with some unintended consequences

When it comes to policy, it is inevitable that some schemes, no matter how well-intentioned, can have an underwhelming impact, and at times may even contribute to unforeseen adverse effects. Consider the case of the 2017 amendment to the Maternity Benefits Act, 1961. The amendments attempted to boost female workforce participation by increasing maternity leave for working women in the formal sector from 12 weeks to 26 weeks. A 2018 report by TeamLease Services noted that though this amendment may have positive outcomes in the long-term, in the short-term it was likely to deter the hiring of women, and could affect a net job loss for 11-18 lakh women in the first year.

New research by TeamLease confirms that the amendment is yet to show positive outcomes for women’s labour force participation. Many countries in the developed world rely on a mix of maternity and paternity leave and social security support to alleviate this problem, and to align incentives of the employers with the broader objective of supporting women in infant care. Unfortunately, this has not been done in the Indian context.

It is inevitable that some schemes, no matter how well-intentioned, can have an underwhelming impact.

Another example is the Pradhan Mantri Ujjwala Yojana that aimed to increase the uptake of clean fuel by subsidising LPG. While the scheme consistently achieved its target in terms of LPG connections, a study by the Research Institute for Compassionate Economics found that it has not been as successful in its primary objective of displacing the use of firewood. Reasons for this range from the unaffordable cost of refills to a gendered bias due to which women are reluctant to spend on their own well-being. Reconsidering pricing and disbursal mechanisms in the design of the scheme, while also increasing distributor incentives to reach remote areas, may have improved overall outcomes.

In our analysis, we noticed that policies which are implementation-intensive, such as those that require local discretion and extensive monitoring and/or reporting are likely to suffer from inefficient implementation as well as leakages. A case in point is the Micro Units Development and Refinance Agency (MUDRA) scheme which aims to enhance lending for small businesses, with special incentives to lend to women entrepreneurs. The scheme is implementation-intensive and requires officials in financial intermediaries such as banks to take decisions on disbursement of loans to beneficiaries with limited credit histories, assess business plans for risk, and closely monitor the use of approved loans. These aspects can be administratively difficult, especially in the context of smaller loans. Some commentators have argued that the MUDRA scheme has not been very successful in increasing access to credit; instead, financial intermediaries have simply reclassified existing loans under different MUDRA categories to meet targets.

Schemes such as the NREGA that require higher state capacity for implementation still perform reasonably well.

This is not to say that all implementation-intensive policies are problematic. Schemes such as the National Rural Employment Guarantee Act (NREGA) that require higher state capacity for implementation still perform reasonably well, because the incentives of stakeholders are better aligned. Under MUDRA, given high transaction costs and potential credit risk, the incentives for financial intermediaries to push MUDRA loans may not be adequately aligned.

Certain schemes such as the Pradhan Mantri Kaushal Vikas Yojana (PMKVY) which aims to upskill young adults to make them job-ready have prominent gaps in their design, owing to a missing gendered perspective. The PMKVY, for instance, does not factor in the unique issues faced by women. An important reason why skilling programmes often do not work for women is the lack of flexibility in schedule, lack of crèche facilities, concerns regarding safety, and inadequate support in terms of counselling and placement. Stereotyping of the skills offered to women results in further occupational segregation. Policies that allow for credit transfers and induct more female teachers, especially in courses traditionally considered unsuitable ‘for women, can make a difference.

Stereotyping of the skills offered to women results in further occupational segregation.

Contrast this with a scheme such as NREGA. It reinforces the concept of gender parity by making a deliberate choice to allocate at least one-third of the total workdays to women, provisioning for worksites near places of residence, and by ensuring uniformity in wages between men and women. As a result, women’s participation in this scheme has been consistently higher than that of men.

A similar gender lens is also much-needed in data collection, where the lack of disaggregated data on scheme implementation has made it harder to understand the impact of policies on women. For instance, in the case of a gender-neutral scheme like Ayushman Bharat Pradhan Mantri Jan Arogya Yojana (PM-JAY), which was launched in 2018, gender-disaggregated data was not available until 2020. Consequently, it was impossible to understand how effective the scheme was in providing affordable healthcare to women or in addressing women-specific medical conditions. A gender study on PM-JAY published in 2020 by the National Health Authority noted that, “Out of total 50 top procedures from top 10 specialities (excluding obstetrics and gynaecology as they are utilised by females only), percentage utilisation is higher for males in 60 percent procedures, and 32 percent procedures are utilised more by females,” thus revealing a gender gap in the utilisation of the scheme. Gender disaggregated evidence is a critical marker for the responsible ministry to undertake corrective measures to make the beneficiary base as inclusive as possible.

What works for women’s economic empowerment?

Several studies 1,2 have noted that one of the more successful schemes targeting women’s empowerment is the National Rural Livelihood Mission (NRLM). This scheme has been instrumental in creating self-help groups (SHGs) and has helped empower women at the grassroots, both socially and economically through collective action, especially during crises such as the recent pandemic. By bringing women from poor families into the SHG network, NRLM has empowered them with opportunities for employment or self-employment and access to finance. These community-level institutions have also helped in creating sensitive support structures right up to the block level, with women members often assisting each other with issues such as domestic violence, financial savings, skilling, and participation in local governance. Through the experience of NRLM, it is evident that collective action schemes can play a vital role in women’s empowerment as numerous other interventions can also piggyback on SHGs.

NRLM has been instrumental in creating SHGs, and has helped empower women at the grassroots.

The Indian Stamp Act, 1899 is another example that stands out. Under this act, many state governments have reduced stamp duty applicable on property held by women, thereby incentivising the family to register the property in the name of women. As a policy intervention, it is also relatively simpler to implement, which makes it work well for WEE.

To make substantial strides in women’s economic empowerment, it is clear that a gender lens needs to be incorporated at every stage—from policy design to data collection for monitoring and evaluation. A stronger focus on policies where stakeholders’ incentives are aligned and those that impose lesser demands on state capacity, while giving greater visibility to women in decision-making can lead to better outcomes. Every policy that does not take into account these lenses is a lost opportunity to address the barriers that impact women’s economic empowerment; a lost opportunity to stop women from going ‘missing’.

Tags: female labour, policy, women empowerment
We want IDR to be as much yours as it is ours. Tell us what you want to read.
writetous@idronline.org
ABOUT THE AUTHORS 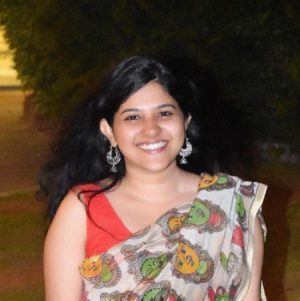 Sneha is the communications and advocacy lead at The Quantum Hub and is a Commonwealth Scholar with an MSc in Media, Communication and Development from the London School of Economics. She has previously worked with UNDP on projects funded by the Global Environment Facility, and with the International Growth Centre in London. Sneha is an alumna of the Asian College of Journalism and started her career as a journalist before moving on to the development sector. 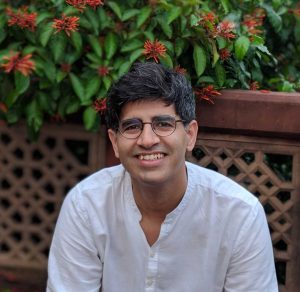 Rohit is a founding partner at The Quantum Hub and the co-founder of Young Leaders for Active Citizenship. Prior to starting his own organisations, Rohit served as the head of policy and research at the office of Mr Baijayant ‘Jay’ Panda, MP (Lok Sabha), and worked for a few years with PRS Legislative Research. Rohit is a graduate of the Harvard Kennedy School and IIT Bombay.