India’s CSR law: From good, to bad, to worse

Here's a brief analysis of how we got to this point.

Why is the government consistently getting it so wrong in terms of implementing and enforcing India’s Corporate Social Responsibility (CSR) law? The amendments that have been proposed most recently, will dismiss a majority of the country’s three million nonprofits from being recipients of CSR funds. The only entities now eligible for CSR funding will be Section 8 companies and notified government funds; trusts and registered societies seem to be entirely excluded.

Just last August, it was corporations that were bearing the brunt of the then latest amendments, which threatened imprisonment of senior corporate officers for non-compliance. The only thing that is certain when it comes to India’s CSR law is that in the six years of its existence, it has not worked the way it was meant to.

Related article: The new CSR amendments and what you can do about them

What is evident is that, over time, there has been a sharp shift in the regulatory approach towards a tighter, more stringent framework, the intention of which is to control—rather than facilitate—compliance. While the merit of such a move can be debated, it is more important to reflect on why and how this shift took place.

Did we opt for a stricter approach because the facilitative one wasn’t yielding results? Are we, as Indians, culturally predisposed to respond only when penalties loom? Or, did we simply not give the softer, more facilitative approach, its proper day in the sun? 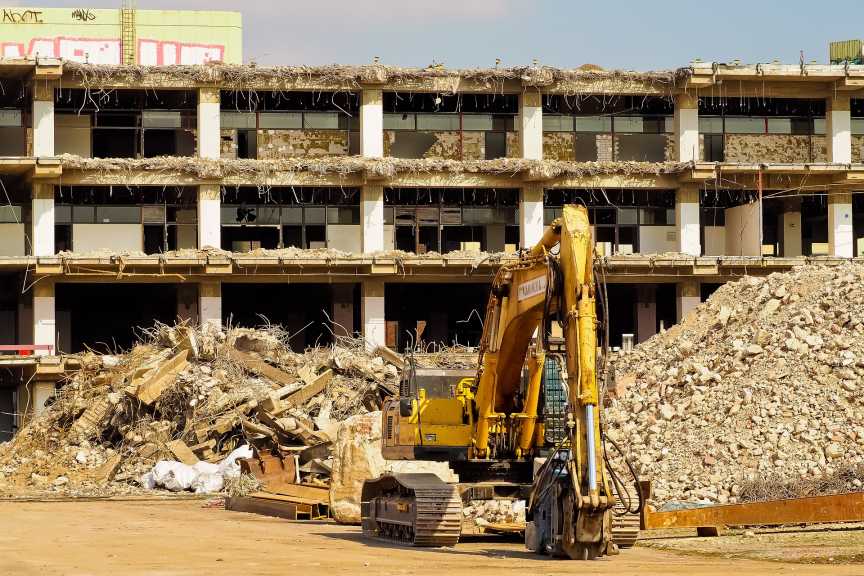 Over time, there has been a sharp shift in the regulatory approach towards a tighter, more stringent framework, the intention of which is to control—rather than facilitate—compliance. | Photo courtesy: Pixabay

By answering a series of questions in this article, I will attempt to demonstrate what has led to less than desirable compliance and consequent tightening up, resulting in a shift in the original intention of the law.

India’s CSR law was never meant to be restrictive or prescriptive, as can be seen in how it was structured: the first obligation of companies in Section 135 is to form a committee, the second to create a policy, and the third to spend a percentage of profits in accordance with that policy. The idea here was to engage, think through matters carefully, articulate intentions, and finally implement with proper checks and balances like regular monitoring and impact evaluation.

The purpose of the law went beyond funding; the intention was to:

Flexibility was also worked into the law. Rules 4(3) and 4(2) allow for companies to come together to take on large projects, or to work with implementing nonprofits in the absence of expertise. The driving force behind compliance was not punishment, but reputational damage.

Related article: What do nonprofits think of CSR?

2. In order to achieve its goal, what should the government have done?

Through the Ministry of Corporate Affairs (MCA) and its local arms, the government needed to:

But for all this to work, the government, communities, the media, and nonprofits needed to play the long game, to be patient. The government particularly needed to act as an encouraging parent intervening only when asked for advice.

The Planning Commission had created a subordinate office to the MCA in 2007—the Indian Institute of Corporate Affairs (IICA). In 2011, the National Foundation on CSR (NFCSR) was formed under the aegis of the IICA.

The NFCSR was initially set up to mainstream responsible business practices pursuant to the MCA and IICA having introduced the National Voluntary CSR Guidelines in 2009, and later to build a smart CSR ecosystem after the introduction of Section 135 of the Companies Act 2013. It was meant to:

In January 2018 (four years after the CSR law was introduced) the MCA launched a National CSR Portal containing everything you needed to know about CSR and corporate compliance.

Aside from issues on how the data has been presented—which was a relatively easy problem to fix—the portal however lacked an engaged audience.

Shortly thereafter, in August 2018, we began to hear murmurs of tightening up of the regulations. Show cause notices were issued to a number of companies and they were asked to ‘compound’ their CSR expenditure arrears and deposit these in government funds.

The law has been amended so as to almost obstruct the flow of funds into much of the social sector and to redirect these resources into the hands of the government.

The outcome of these show cause notices was unclear and unknown; what was clear however was that there was no legal basis for issuing a notice of this nature. Moreover, the word ‘compounding’ doesn’t appear anywhere in the CSR rules or any of the numerous notifications mentioned at the start of this article.

In August 2019, after a lull caused by the general elections, amendments to the CSR law were passed through the Parliament, and senior corporate executives were threatened with imprisonment over non-compliance with CSR. More recently, while the criminal penalty has been replaced with hefty fines, the law has been further amended so as to almost obstruct the flow of funds into much of the social sector as it exists today, and in fact, to redirect these resources into the hands of the government. The only thing that is certain when it comes to India’s CSR law is that in the six years of its existence, it has not worked the way it was meant to. | Photo courtesy: Pixabay

4. Why has there been less than desirable compliance?

The access to information about what companies were doing, how they were doing it, and the reasoning they provided for their lack of compliance, is ammunition in the hands of an activated civil society, media, and nonprofit community.

Without transparency, there can be no compliance, particularly if it is predicated on reputational damage.

Without this access, the law fell on its face. Even though a CSR portal was created, achieving a transparent system of governance requires nurturing and isn’t achievable by perfunctory oversight. Without transparency, there can be no compliance, particularly if it is predicated on reputational damage.

Companies began to realise that there really was no penalty for their lack of compliance. The law began to be interpreted as—“As long as we disclose our reasons for not spending, we don’t need to spend, and we can continue to underspend.” An ad hoc approach to CSR soon became the norm. Those that always intended to be philanthropic continued to be, and those that didn’t had no compelling reason to become so.

Related article: Budget 2020 has bad news for the social sector

5. What has been done about the lack of compliance?

The law did not permit regulatory intervention1 unless a company failed to explain its non-compliance. Therefore, in the absence of reputational damage, compliance could not be mandated without several drastic amendments2 to the law, which were recently undertaken by the government.

The first of these is the narrowing down of the erstwhile ‘comply or explain’ concept to ‘comply, explain, and deposit unspent amounts into specific government fund’. CSR funds are being looked at through the lens of resource gap filling, for which taxation is a better instrument.

And in this shift lies the most crucial conflict. If the purpose of the law is to transform corporate culture and create innovative programmes to solve society’s problems, then why exclude the vast majority of the organisations that presently have the most experience doing just this?

CSR funds are being looked at through the lens of resource gap filling, for which taxation is a better instrument.

If the intention is to ‘clean up’ the nonprofit sector, there are many other ways of doing so, such as creating stronger regulatory systems. If CSR is not to be treated as a resource gap filling mechanism, which even the most recent High Level Committee report cautions against, then why is the government setting up a National CSR Fund under the new law to receive unspent CSR funds? It is difficult to conclude anything other than there has been a deliberate attempt to redirect resources into government hands.

The second is the introduction of a new concept—the ‘escrow account’, in which companies are required to deposit their unspent funds, which can then be spent within a period of three years. If at the end of this time, funds have not been allocated for a specific project, then unspent money goes to the government. The problem arises if the project runs into difficulty, or there are delays in absorption of funds. One of the key objectives of the CSR law was to allow companies to adapt to the dynamism of the social sector. The escrow account takes all of that away—you are only allowed to spend on projects you had originally planned for.

And finally, there is an almost benign looking sub-section—Amended Section 135 (8)—that gives the central government the authority to direct a company or class of companies in order to ensure compliance with Section 135. This, in essence, signs away a company’s right to decide what it can and cannot do with regard to CSR.

6. What do the recent amendments mean for the future of the CSR law?

If the amendments to the CSR Rules as they stand today are notified, India’s CSR law will be transformed forever.

While there are a number of ‘good’ changes that have been made to the law that will keep companies on the right side of their obligations, we will not achieve long term cultural change in corporate India with this approach.

We will have crossed the line from seeking to be a transformative regime to a draconian one.

Corporations will not build healthy respectful relationships with communities and the environment. We will end up filling the gaps in government funding for public goods, the provision of which is the government’s responsibility. We will have crossed the line from seeking to be a transformative regime to a draconian one. And all the critics, who in 2014 said making ‘philanthropy’ mandatory is nothing but another form of taxation, will have been right.

It’s not too late however, to revisit our decisions and apply our mind to fixing a broken implementation system, correcting the anomalies, and letting the CSR ecosystem develop.

Tags: NGO compliance, philanthropy
We want IDR to be as much yours as it is ours. Tell us what you want to read.
writetous@idronline.org
ABOUT THE AUTHORS 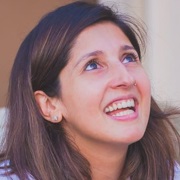 Anushka Pinto has been involved with the social sector for more than two decades, formally joining in 2009 as India Operation’s Head at ‘The Climate Project’ (founded by Nobel Laureate Al Gore). She is a trustee at Green Indian States Trust, a pioneering and internationally respected sustainability initiative, where she previously worked as COO of the advisory business. Anushka has postgraduate and graduate degrees in law from the UK, and has worked in legal practice in both Mumbai and the UK. She also has an MSc in Environmental Policy and Regulation from LSE.