Land governance and property rights have been historically overlooked in India, and reforming them is critical to securing high growth.

Secure property rights are fundamental to the economic and social development of any country. However, in India, we are faced with a curious conundrum where more than 70 percent of a household’s assets are held in land and housing, yet there is insufficient data and research on people’s property rights. On one hand, the government aspires to provide 18-20 million affordable housing units in urban areas, while on the other, more than 10 million housing units are lying vacant, as per the 2011 Census. The judicial pendency of land disputes is also high, with several million cases pending in Indian courts. Approximately 25 percent of all cases decided by the Supreme Court involve land disputes, of which 30 percent concern disputes relating to land acquisition.

All these factors, combined, result in insecure tenure for a large population, especially the poor and vulnerable, which in turn poses a complex set of challenges for effective governance. It also impacts the efficiency of our judicial system and our ability to attract investments. According to the ‘Ease of Doing Business Rankings’, India ranks 156th on the metric of ‘Ease of registration of property’—in contrast with its overall rank of 63 in the 2020 index. With the current rate of population growth and increasing competition for finite resources such as land, it is important to draw policy attention to these issues.

Land governance and property rights have been largely overlooked in India

Despite the severity and complexity of this issue, land governance and property rights have been largely overlooked within policy research and development initiatives in India. The reasons for this are many, ranging from historical to political. Historically, the bulk of the colonial government’s revenues came from taxing agricultural produce. Over time, as this revenue declined, the focus on rural land administration reduced. As our cities grew in an unplanned manner, we did not invest in building strong land administration systems. On a political level, land and housing are very valuable assets, which, when regulated poorly, attract corruption and violence.

In addition, land and housing often have deep emotional relevance for people, and access to these are, in some cases, dictated by old beliefs and traditional customs. For instance, patriarchal norms often hinder women from owning properties, even though studies have shown that when women own properties, families show better indicators of health, nutrition, and education. Similarly, when marginalised groups own land, they have better food security and gain increased respect from the local communities. However, these require shaking up some deep-rooted social norms, which can be very challenging for both nonprofits and donors.

While India has undertaken reforms in many sectors of the economy, land and labour—the core factors of production—have not seen reforms. For decades, we have witnessed the effect of broken land administration in our daily lives. With reportedly as much as 66 percent of all civil cases pertaining to property disputes, it wouldn’t be a stretch to say that every Indian family has faced a property dispute. The COVID-19 pandemic has borne testament to some of these issues as well, as we see the scale of the impact it has had on people living in informal settlements, where issues of poor sanitation and housing are fuelled by lack of tenure security. It is quite evident that a bulk of our current social and economic challenges are centred around the lack of secure access to land and housing rights.


The fundamental building block to define and secure land rights for anyone, is the underlying property record. This record should accurately reflect all pertinent information, including ownership, the geo-coordinated location and boundaries of the property, any mortgage claims, tenant claims, and disputes. Improving the accuracy of land records, including maps, should be the topmost priority. It is the basic infrastructure required for secure access to land and housing rights, and would bring in more confidence in land-related transactions, reduce conflict, encourage more investments, and also improve the government’s ability to deliver welfare schemes.

India also needs reforms in other critical land governance areas. We have progressive laws, such as the Forest Rights Act, 2006, which need to be implemented on the ground to ensure that more than 100 million people belonging to Scheduled Tribes are able to secure the patta (or land title) to their land and gain access to all welfare benefits that have not been made available to them till date. Organisations, such as ARCH Vahini in Gujarat, that work towards helping communities secure land pattas have observed significant improvements in agriculture production and incomes. We need more nonprofits working in Adivasi communities to help families apply for pattas, which will have multifold benefits in reducing poverty in these areas. 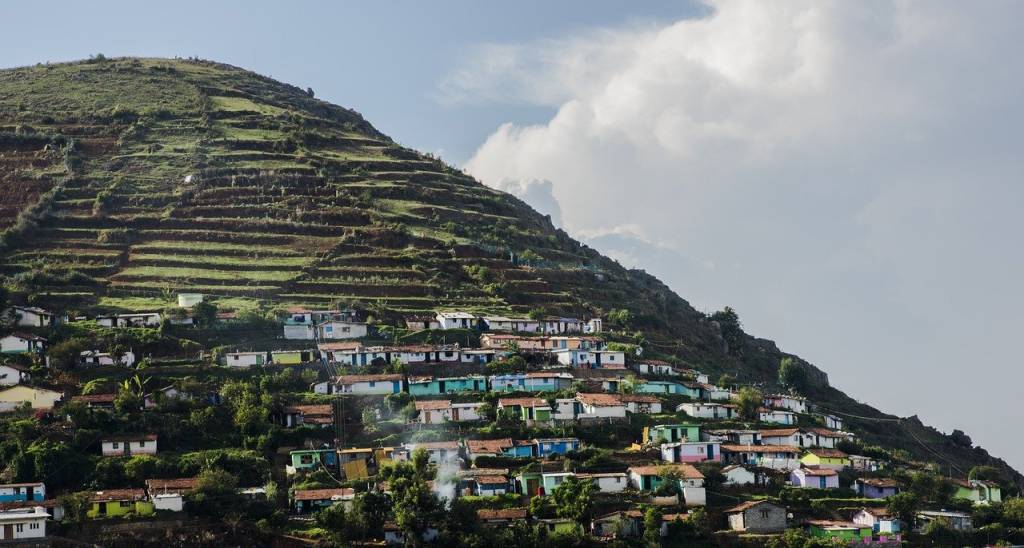 In India, although more than 70 percent of a household’s assets are held in land and housing, there is insufficient data and research on people’s property rights. | Picture courtesy: Pixabay

Land leasing is the third area where we need policy reforms. Given the small landholdings in India, millions of farmers lease additional land to enhance their farm output. However, these contracts are largely informal, and farmers with informal leases do not get access to any government benefits such as agriculture credit, PM KISAN, crop insurance, fertiliser subsidy, or Minimum Support Price procurement. A few states, including Uttar Pradesh, have recently amended their land leasing laws to allow tenancy to be formalised, thereby securing the rights of tenant farmers. Implementing these changes on the ground will require concerted efforts from civil society and government officials, as it requires changing decades-old practices.

Attention to reform in hitherto poorly focused areas, such as land and labour, will be critical for India to resume a high-growth journey. As we grapple with an economic slowdown due to COVID-19, the recently launched NCAER Land Record Services Index (N-LRSI) offers a step towards changing this. The N-LRSI is the first piece of research that carries out an in-depth analysis of land records in India. The index assesses the current status of digitisation, identifies the existing gaps in each state, and can help under-performing states implement specific remedial actions.

The report finds that in 28 states and union territories, digitisation stands at 86.3 percent. However, it also reveals considerable accessibility issues, such as changes in administrative units and mismatch of names/spellings, language and translation issues, and other user interface problems. We clearly have a long way to go, and the N-LRSI could become a bellwether of improved land governance in India.

Technology can be leveraged to secure property rights

Technology, especially geospatial technology, can also significantly drive change on the ground. Drones are perhaps the most exciting new entrants in this spectrum, as they offer great potential for innovation. Recently, the Odisha state government used drones to map close to two lakh households across the state. The whole exercise was completed in a matter of a few months, which by traditional methods would have taken several years. Moreover, the drone imagery brought in transparency to the whole process and allowed the communities to engage with the maps to identify their own homes and community boundaries. This greatly helped in reducing information asymmetry and building trust. Nonprofits such as PRADAN have also employed geospatial tools to map land and help Adivasi families claim their patta.

While there is no doubt that technology can be a force for good, it is also important to acknowledge its limitations in social impact and transformation.

The Government of India also recognises the importance of using technology, as seen from the Prime Minister’s recent announcement of the Swamitva scheme, which aims to map rural inhabited lands using drones and issue property cards to those living in abadi areas (inhabited rural land) without a record of rights.

While there is no doubt that technology can be a force for good, it is also important to acknowledge its limitations in social impact and transformation. Technology is not a silver bullet, and needs to be complemented by non-tech solutions, if we want sustainable impact. Therefore, the focus needs to be on responsible technology, that is used in close engagement with a range of actors, from businesses, to governments, to civil society.

Donors should pay more attention to the issue of property rights

Land and property rights are often viewed as a very political issue, which may discourage donors from investing in research in this area. Cognisant of this research gap, we, at Omidyar Network India, have invested in supporting the Property Rights Research Consortium (PRRC) to create evidence-based solutions, without political biases.

We also believe that there is an opportunity for donors working on WASH, agriculture, and gender issues to include secure land tenure as a key component in their programmes. For example, a programme working to improve farmer income enhancement would need to identify and support tenant farmers to make it truly inclusive, and could include a component to identify tenants and help them formalise the tenancy agreement and access government benefits. Similarly, gender programmes can also try to include women’s names in the property documents, since research shows that it reduces instances of domestic violence and increases women’s confidence and agency. WASH programmes in urban slum communities also require access to land for sanitation  infrastructure. Ahmedabad’s Slum Networking Programme, which started in the late 1990s, demonstrated that providing secure tenure to communities can transform the sanitation and health conditions in informal settlements by leveraging government resources as well as community funds.

Recently, Ashif Shaikh, founder of Jan Sahas, aptly described land as a horizontal, cross-cutting issue across interventions. Evidence shows that that developing programmes that address the land use challenges of target communities are able to significantly boost the overall impact of the programme on the lives of families for a sustained period. Therefore, it is time that we start taking concrete steps towards securing land and property rights in India.

Tags: affordable housing, land rights
We want IDR to be as much yours as it is ours. Tell us what you want to read.
writetous@idronline.org
ABOUT THE AUTHORS

Shreya Deb leads Omidyar Network’s investments in property rights in India where her interests are in supporting scalable models that can help provide more secure land and housing rights to economically vulnerable people, including in urban slums.  Before joining Omidyar Network in 2011, Shreya spent four years at The Boston Consulting Group. Shreya has an MBA from the Indian Institute of Management, Ahmedabad and a BTech in electrical engineering from the Indian Institute of Technology, Bombay. 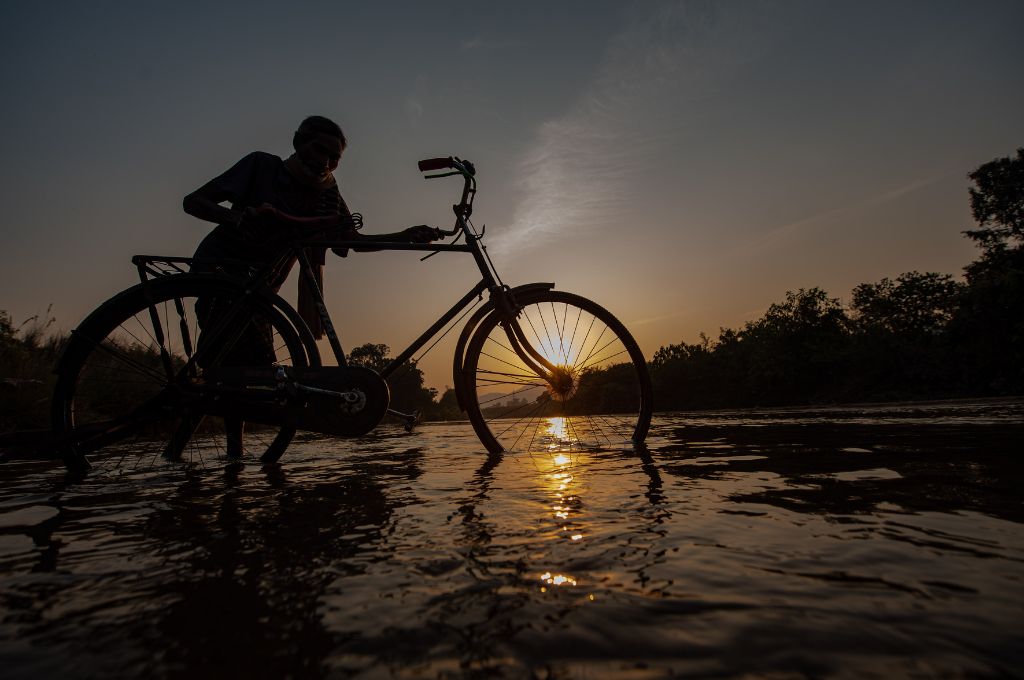