Risk aversion may work well for personal investments, but should not be applied to philanthropic grants and investments.

How should philanthropists think about risk when making grants? Suppose that your foundation is focused on Ebola. A new version of the deadly virus has emerged. In addition to being highly contagious, the virus mutates quickly, so if a vaccine were developed against next year’s version, it would not be effective the following year.

Your foundation is willing to spend its entire grants budget of $10 million next year on one of the following projects:

What would you advise?

People intuitively assess everyday personal and financial decisions by considering the potential benefit of the outcome along with the likelihood of the outcome’s occurring. If you were risk-neutral, you might bet $1 on a game if you had a 50 percent chance of winning $2. In fact, most people exhibit risk aversion in personal and financial decisions, and would not risk losing $1 unless there was a 50 percent chance of winning significantly more than $2.

Donors are often confused about the appropriate levels of social risk and reward they should target in their philanthropy.

With this background, let’s look at the foundation’s Ebola decision. A $10 million allocation to vaccine research is expected to save 100,000 lives (one million times 10 percent), twice as many lives as an allocation of $10 million to protective suits. If your objective is to maximize the number of statistical lives saved, option two is the better choice.

The bias behind risk aversion

Risk aversion is sensible in personal investments because losing most of your money impairs your quality of life far more than you would benefit by increasing your net wealth by even a large amount.

The general point is that the marginal utility of additional wealth or consumption is diminishing. To see this, imagine how much pleasure you’ll get from eating a burger when you are really hungry. Then imagine how much incremental pleasure you’ll get from eating a second burger, and then a third and a fourth. How much more delight will you enjoy from that fourth burger after eating three? Not much.

Now suppose you are deciding how to spend your philanthropic budget. Your goal is saving lives. You must choose between two strategies:

Many mistakenly choose the safe alternative, partly because they draw on the familiar, but inappropriate, analogy of managing their investment portfolio.

In conversations with philanthropists and business school students, we have found that many of them mistakenly choose the safe alternative, partly because they draw on the familiar, but inappropriate, analogy of managing their investment portfolio. They treat potential lives saved the same way they treat potential outcomes of investments that fund personal consumption.

But unlike people’s diminishing marginal pleasure in consuming burgers, there is little reason to value saving a second, third, and fourth life less than the first life. Indeed, the loss of an entire community might be worse than the loss of its individual members.

Beyond the misplaced analogy with personal financial investments, psychological factors may also play a role. Soviet leader Joseph Stalin captured an important psychological insight when he said that a single death is a tragedy but a million deaths is a statistic. Studies show that we are willing to donate much more to save the life of one identifiable individual than a large number of people who can’t be identified. 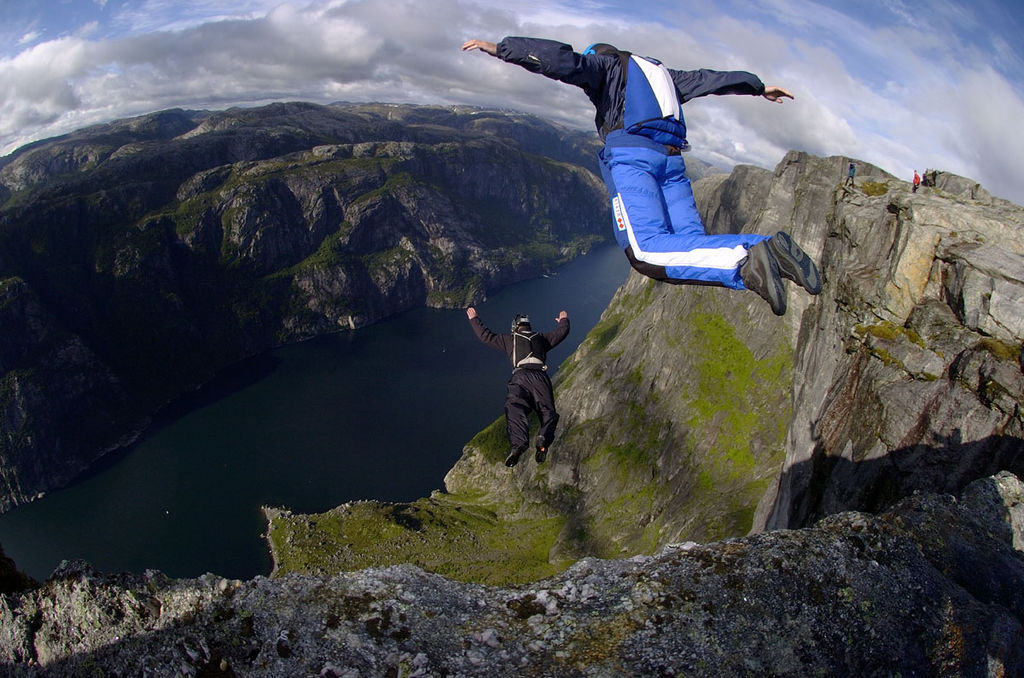 The risky strategy has twice the expected value as the safe one. | Photo courtesy: Wikimedia Commons

People also tend to choose the certain but less valuable outcome because of what psychologists term “regret aversion.” If you save some lives for certain, you may never look back and think of the greater number of lives you might have saved. But if you take the risk and no lives are saved, you may regret the certain alternative not chosen. And it’s not just their own regret, but others’ criticisms, that they may anticipate.

Of course, nothing says you must prefer saving the greatest number of statistical lives. For example, suppose you can’t bear the thought of dying without having made a difference. Then you may place far more value on saving one life for sure than on saving many lives without certainty. But at least consider the extent to which your preference is based on a misplaced analogy to financial decisions, on psychological biases, or on how you or others may assess your decision in hindsight.

The connection between grantmaking strategy and endowment investment strategy may not be obvious, but the frameworks are surprisingly similar.

Suppose that, like the foundation addressing Ebola, your foundation has the single goal of saving lives through disease reduction. And suppose that your preferences, denominated in lives saved, are linear—that is, you place precisely the same value on the second and third life saved as you do on the first.

Now suppose that your foundation’s investment manager faces a choice between two investment strategies: One earns an expected annual rate of return of 6 percent with a standard deviation (or risk) of 10 percent; the other earns an expected return of 10 percent with a standard deviation of 20 percent. In the choice above, investment risk can be halved by pursuing the safer strategy but at the cost of a 40 percent reduction in expected financial return.

If this were your personal portfolio, you might well select the lower-risk strategy: The value you attach to each additional dollar earned is less than the value you place on the previous dollar. The higher-risk strategy increases the probability of a terrifyingly large reduction in your wealth.

Choosing the safer investment strategy would not achieve the foundation’s desire to maximize the expected number of lives saved.

But an endowment manager choosing the safer investment strategy would not achieve the foundation’s desire to maximize the expected number of lives saved. That would call for taking a greater risk to achieve a greater return, thus enabling the foundation to make larger grants and thereby save more lives.

Put another way, investment returns aren’t of value per se. They are valuable only insofar as they enable you to do something—in this case, to make grants that, in turn, save lives. So, if your preferences over lives saved is linear, just as you should not be willing to sacrifice statistical lives saved in exchange for greater certainty over the number of lives saved, you should not be willing to sacrifice the expected level of return on endowment assets in exchange for reduced financial risk. Doing so simply ensures that you fail to pursue your stated objective of maximizing the number of statistical lives saved.

The major difference between personal and foundation investments is that the former finances personal consumption, while the latter finances welfare enhancements in the lives of others. The relative importance of return and risk are not generally the same in these two different contexts.

The risk tolerance of the broader community is greater than that of any individual actor.

Personal and foundation investments also differ in that while you and your family can rely only on your personal investment portfolio, your foundation is hardly the only entity addressing Ebola and other deadly diseases; other foundations as well as governments are concerned with the same problem. The risk tolerance of the broader community is greater than that of any individual actor, and the diverse investment strategies of the different entities addressing Ebola create an element of diversification that reduces the societal risk. Both of these considerations make greater risk-taking desirable.

Nonetheless, you may value your own foundation’s longevity. For example, your foundation may have organizational expertise in addressing deadly diseases that would be dissipated significantly if staff were terminated following a significant loss on endowment investments.

We noted earlier that you may suffer regret and be the target of criticism if a risky grantmaking strategy fails. The same is true of a risky investment strategy. Indeed, your investment staff may be concerned that a strategy, well-conceived in foresight, will look reckless in hindsight—to their professional detriment. This worry may lead them to choose less risky investment strategies to protect their reputations.

Finally, the investment staff may be concerned about the tax penalty imposed on jeopardizing investments—“investments that show a lack of reasonable business care and prudence in providing for the long-term and short-term financial needs of the foundation for it to carry out its exempt function,” according to IRS guidelines. The prospect of such a tax on excessive investment risk is unfortunate, because a decision to take large risks may actually enhance the foundation’s exempt function of saving lives. Nonetheless, you would be well advised to consult counsel before deciding to engage in what others might consider an overly risky investment strategy.

This article was originally published on Stanford Social Innovation Review. You can read it here.