To bribe or not to bribe?

A social entrepreneur takes a decision and finds his life turned upside down.

Being associated with the corporate sector for over a decade, I had always felt the need to build something of my own; to work for myself, rather than working for someone else. I had a few ideas, but unfortunately, I never had the opportunity, or the courage to start. This changed in 2017 when I was working at the Lahore office of Telenor, a multinational telecommunications company. They had launched a platform called ‘Ignite’ where employees could submit their ideas. If selected, we would be given an opportunity for both incubation and investment in launching the company or product.

Failing to make the cut in the first two attempts, two of my colleagues and I were finally selected in January 2018. After the incubation period, two of us were picked to join global venture capital (VC) firm, Antler’s six-month startup boot camp in Singapore. We pitched our idea and ended up raising a six-figure, pre-seed investment—a dream come true!

Listen to this article instead.
India Development Review · To bribe or not to bribe?

In September 2018, my co-founder and I formally launched AutoSahulat, a startup which uses digital technology to connect mechanics with motorists for road-side assistance and other vehicle-related services. As per Antler’s requirements, we had to register the company in Singapore, even though we were from Pakistan and our startup was based there. According to local rules in Pakistan, all foreign companies were required to register with the Securities & Exchange Commission of Pakistan (SECP) and to get security clearance from the Ministry of Interior (MOI). We followed this, and registered our subsidiary company in Pakistan.

We opened our office in Lahore, hired a team, started building our app with a local tech development company, and began to register mechanics onto our platform. Within a few months of the launch, we were already collaborating with local brands, had won some competitions, and made an investor pitch to VCs and angel investors at one of the most prestigious tech forums in the world—the Google headquarters in Singapore. At the same time, I was also selected to be part of an entrepreneurship programme at Harvard University.

It all felt surreal. Everything was going well. Although we were a small team of five people, we were passionate and were scaling rapidly. By May 2019, our app was live in two cities—Lahore and Islamabad—and our platform had more than 900 automobile repair workshops. Additionally, we were also discussing seed funding and expansion with VCs based in Southeast Asia. We were making some money and building a loyal customer base, with a strong team and a product. I was flying high, feeling invincible. In that moment, everything felt possible.

It was June 2019, when the tide turned. One afternoon, I got a call from an unknown number. The person said he was from the local intelligence bureau and wanted to meet us to understand more about AutoSahulat and its funding. He informed us that it was part of the verification process for a company registered outside Pakistan. A little unsettled by the call, we invited him to our office.

Initially, he met with my co-founder as I was out of town. Though we suggested meeting in the office, he insisted on meeting at a restaurant. He brought few people with him and started questioning the business model, without knowing much about how things work in a startup ecosystem. The meeting ended with my co-founder paying for their food and the officer concluding that he would like to meet me as well.

A few weeks later he called me and showed up again, this time at my house. I answered all his questions patiently and politely, even though I knew that he already had enough information on both of us. He asked me about my professional background; about the companies I had worked in and in what capacity; my parents—where they lived, and what they did; about Antler, and how I had raised money from them. In spite of all this questioning, both my co-founder and I weren’t too worried, since we were both good, tax paying citizens, with no red flags, and a reputed corporate standing.

Seeing no way out of this debacle, we closed down our operations, gave a month’s notice to our team, and let them go.

Come July, we received letters from the SECP and the MOI stating that we couldn’t operate in Pakistan because we had failed to get the security clearance. The reasons they gave for this were vague and unclear. Everything came to a halt. I started contacting close friends and people in the local entrepreneurial ecosystem who might be able to help in getting the MOI to change their decision. I even developed a contact within the MOI, but things didn’t work out.

Seeing no way out of this debacle, we closed down our operations, gave a month’s notice to our team, and let them go. Not only this, our organisation lost around USD 60,000 in the process of tech development, company registration, marketing, and salaries. We were devastated that we had to take such drastic steps, but what else could we do? 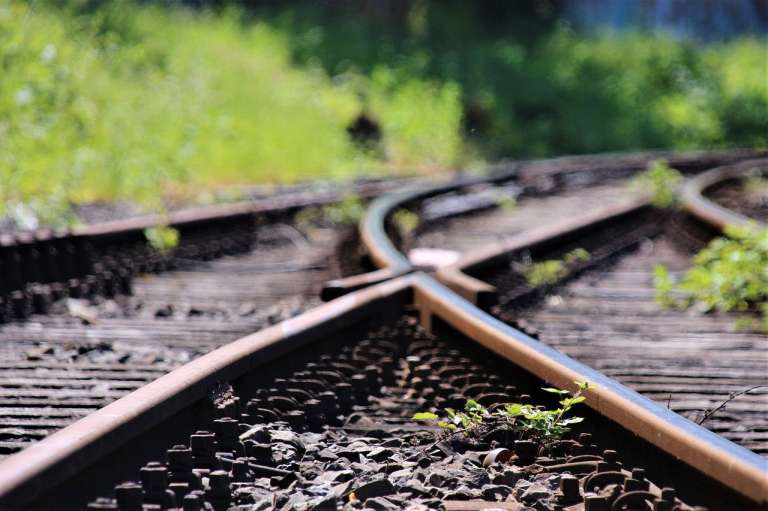 The correct path—hard or not—takes you where you need to be, and perhaps I needed to be where I am. | Picture courtesy: Pixabay

My life was turned upside down

I went broke because we could not afford to make ends meet with just my spouse’s salary. I also had to pull out my 10-year-old son and 9-year-old daughter from school as we did not have enough money to pay their fees. I went numb. “Baba, why are we not going to school?” my children would innocently ask me. “You will go soon,” I responded, “Baba is in a financial crunch right now, but don’t worry it will be alright.” I told them this, but I was in doubt myself.

People I knew started pointing out how I had made the wrong decision by leaving my job and risking everything towards creating this startup.

People I knew started pointing out how I had made the wrong decision by leaving my job and risking everything towards creating this startup. The days were stressful and restless, the nights sleepless, and I felt as if the whole world was crumbling down on me. Initially, my brain stopped working, suicidal thoughts came pouring in, and my self-confidence took a beating. I started questioning every decision of mine. But with few close friends, and especially my spouse, believing in me, I started searching for jobs.

I had to go through some tough months, but today I work at a unicorn in Pakistan. It’s a senior position as compared to my last job, with good remuneration, and in a field that I am passionate about.

I learnt how to embrace failure

In hindsight, when I think about this event, I realise that all this might have happened because we didn’t bribe the local intelligence officer—a cost of doing business in developing countries. Why didn’t we do it then? Because we did everything by the book and thought we didn’t need to.

The question that keeps coming back to haunt me is, ‘Would I have taken the easy route by paying?’ At that point in time, I think yes, I would have bribed him and gotten away with it. But during my journey since then, I have learnt a lot, one of which is to do things not because they are easy, but because they are right. Now, I know that I would have never bribed him and would have kept on fighting. The correct path—hard or not—takes you where you need to be, and perhaps I needed to be where I am.

The experience taught me a great deal

My own startup is still in limbo, but I have not given up on that. Many people have asked me if I will continue down this path. The short answer is, yes. Running a startup teaches you a lot and working for my own company is something I continue to strive for. But I will give it some time before jumping ship.

Managing your own startup takes a lot out of your life. It needs time and planning, especially if you have a family—they go through the same things as you. Right now, a little stability doesn’t hurt and it also gives me time to gain clarity on what my next steps will be.

My concluding take is to not give up on yourself, keep moving forward, and embrace failures. If nothing else, they will teach you to be much better at failing the next time—every setback is an opportunity for something better.

Tags: entrepreneur, failure, social business
We want IDR to be as much yours as it is ours. Tell us what you want to read.
writetous@idronline.org
ABOUT THE AUTHORS 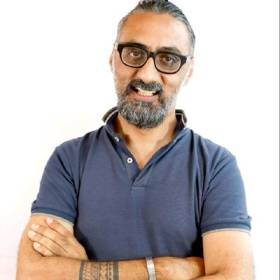 Ghazanfar Iqbal co-founded AutoSahulat a VC funded startup working towards empowering mechanics in Pakistan. He also has more than a decade of experience working in the corporate sector. Currently, he is working as Country Head, Corporate Sales at Careem and is also a founder of GuzPro, a digital media enterprise that incorporates different online platforms to share inside-out strategies and motivational content. Ghazanfar is an Acumen Fellow and a mentor at the National Incubation Centre, Islamabad. 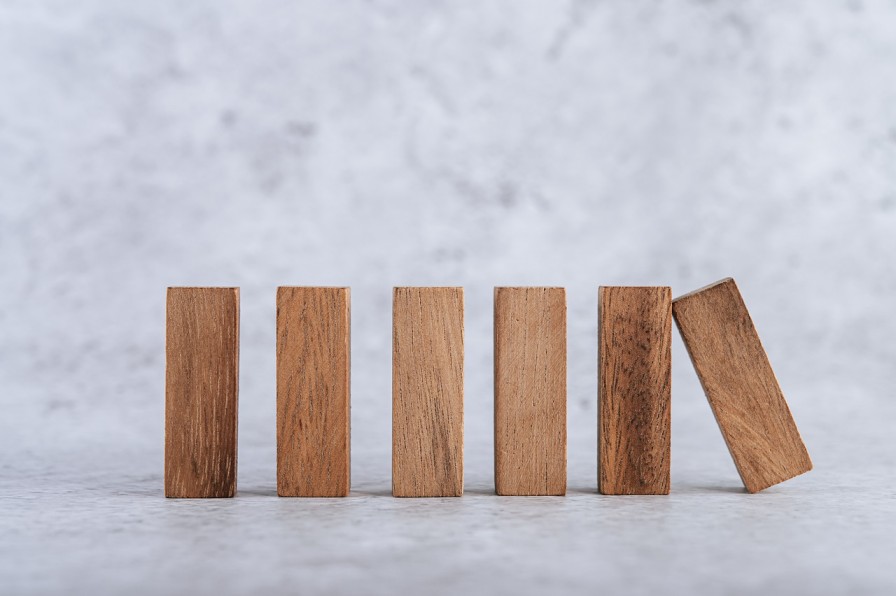 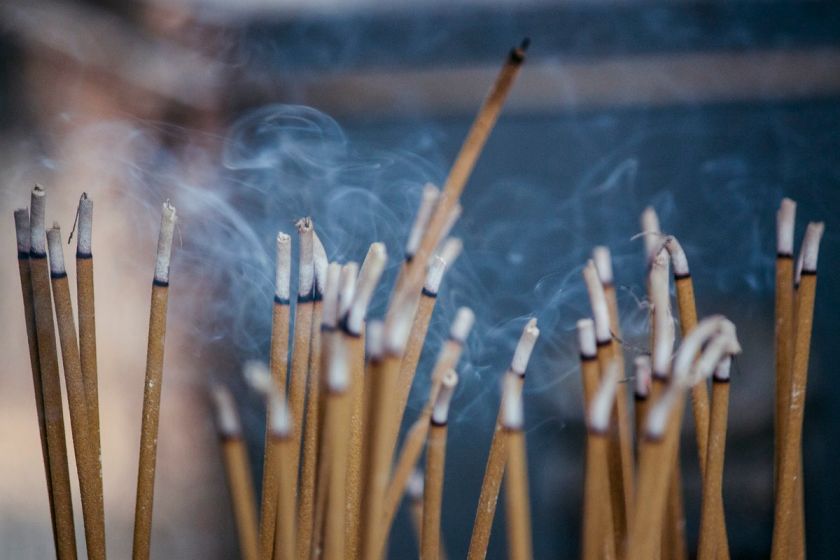 Social Business
Lessons from my journey of serial social entrepreneurship
Chris Underhill traces a path from his troubled childhood to his prodigious career founding social enterprises that center the needs of people with disabilities and mental illness.
by Skoll Foundation | 2 min read
COVID-19: Click here for insights and analysis, or if you want to support efforts to fight the crisis in India