A replicable model for urban healthcare

Lessons from Mohalla Clinics, which are well designed and hyper local, present innovative solutions to the challenge of urban healthcare.

The public provision of primary health services in urban India has many challenges. The first is the shortage of government primary healthcare facilities (GPHFs). As on June 2018, there were nearly 4,400 urban primary health centres (U-PHC) for a population of around 400 million. In contrast, there were 187,000 GPHFs–which is nearly 42 times the urban figure–in rural India, while the population1 is just double.

Second, the norm for setting up U-PHCs is one for a population of 50,000. This is nearly double the norm for rural India (a rural PHC is recommended for every 30,000 people in plains and 20,000 in hilly areas) and is arguably insufficient to meet the health needs of the population2. Primary healthcare facilities in many countries, including those in Europe and Asia, typically serve between 2,500 and 5,000 people each. Indian U-PHCs thus cover 10-20 times the population served by their counterparts in these countries.

Third, the provision of services is narrow and focused on maternal and child health (MCH). People often don’t associate GPHFs with other services, for instance, treating non-communicable diseases. They end up going to larger facilities, such as district hospitals, medical colleges, or private providers.

Fourth, the availability of providers, services, medicines, and diagnostics is often unpredictable due to a multitude of reasons including absenteeism among staff, an inadequate mix of providers based on the services that have been provisioned, and, a short supply of medicines and diagnostics.

The standard nine to five timings of U-PHCs are usually in conflict with the working hours of the poor and of migrants.

Fifth, the standard nine to five timings of these facilities are usually in conflict with the working hours of the poor and of migrants. Attending a facility during the day may mean loss of a full day’s wages. Consequently, many choose to visit a private doctor, seek medicines directly from a pharmacy, or even consult an unqualified provider who is available late at more convenient times such as the evening or during lunch hours.

Sixth, existing GPHFs are situated far away from the homes of the poor. This is often because they were set up years ago on available land, well before urban settlements expanded into new areas. Many of these are not fully recognised by the government and thus have limited public services and facilities.

These limitations, among others, have resulted in people drifting away from GPHFs. Of the people in need of health services in India, only 21 percent in urban areas and 28 percent in rural, visits GPHFs. Moreover, even among these, most attend secondary and tertiary care facilities for non-hospitalisation services, including common illnesses such as fever, cough, and cold. Essentially, the elaborate network of 187,000 GPHFs in rural India delivers around 10 percent of all health services.

As these challenges are increasingly being recognised, the Government of India launched the National Urban Health Mission (NUHM) in May 2013. However, the allocation for NUHM is in the range of 2.5 percent to 3.5 percent of total allocation to the National Health Mission3, and the utilisation ratio (of total allocation of NUHM) was 38 percent in FY 2015-16 and 50 percent in FY 2016-17. Clearly, NUHM has its own struggle in scaling up.

Mohalla (or Community) Clinics in Delhi

In July 2015, the newly elected government of Delhi launched Mohalla Clinics, with a plan to set up 1,000 such facilities across city-state. Each such clinic–reportedly set up for around INR 20 lakhs–is staffed with a doctor, a nurse, a pharmacist, and a laboratory technician, with a few variations across clinics, and provides a defined package of services. Mohalla Clinics quickly became popular among target beneficiaries, politicians, and public health experts. A few Indian states have also shown interest to start similar facilities. By the end of 2018, a total of 189 clinics were functioning in Delhi, and a plan was already approved for 607 more. 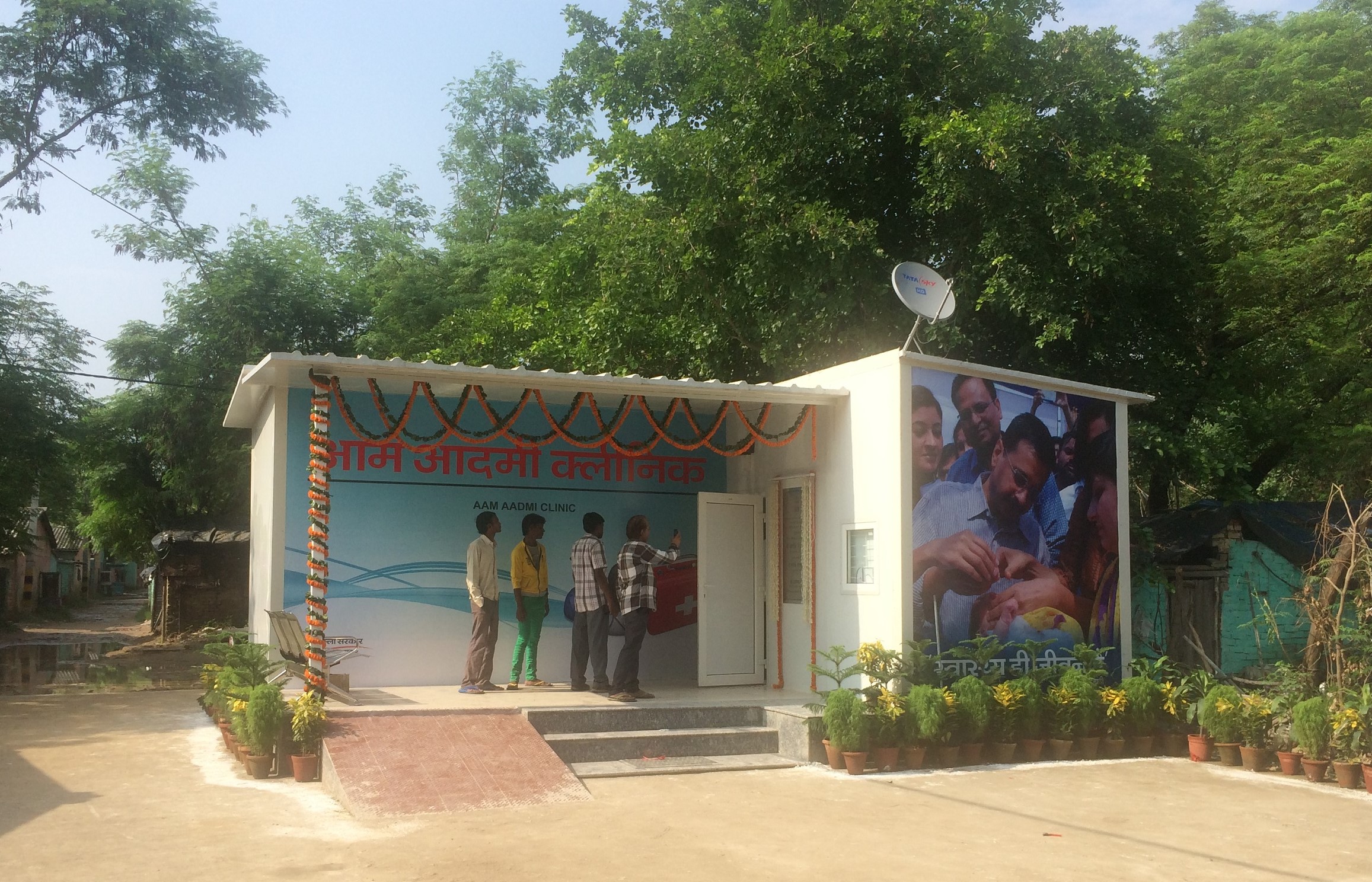 The popularity of Mohalla Clinics in Delhi can be attributed to the initial design, and the innovations that followed. A clinic for every population of 10,000 increased availability of and geographical access to doctors and services by five-fold. It reduced patient load per facility as well as waiting time. While it takes almost half a day, in most settings, for people to visit a far-away facility, the average time in seeking care at Mohalla Clinics is reported to be less than 30 minutes, as the facility is in the patient’s neighbourhood itself.

The selection of sites, done in consultation with community members, built a sense of ownership, resulting in increased use.

The selection of sites, done in consultation with community members, built a sense of ownership, resulting in increased use. The location in slums ensures access to underserved and marginalised populations. The plan now is to set up such clinics within a radius of one kilometre, or 30 minutes of access to service time for everyone.

At these clinics, provisions have been made for drinking water; a token vending machine for bringing fairness in patient-queuing and avoiding preferential treatment; and air-conditioned waiting areas. The timings of a few facilities were extended to tackle a high patient load, and to make it more convenient for the local population. The token vending machines were a positive step as they demonstrated a commitment to treating all patients equally. Such initiatives may seem symbolic, but they go a long way in changing negative perceptions among people about public health centres.

There have been many innovative measures at Mohalla Clinics. For instance, offering a battery of 212 laboratory tests became possible as a result of introducing technology: innovative technology based solutions, where health workers received an Android based tablet-kit which enabled them to conduct a number of these tests. A few services were outsourced; for instance, private doctors were engaged on a fee-for-services basis to ensure their availability. The brand value that had been created around Mohalla clinics thus far—in part due to media coverage and political support–helped increase doctors’ willingness to respond to such calls; typically, many government advertisements seeking doctors tend to get limited response.

India’s urban population is expected to reach 600 million by 2030, and the health challenges are likely to be compounded.

Another key initiative that improved efficiency in service delivery was assured, free, and timely provision of low-volume and high-cost radiology services such as Computed Tomography (CT) Scans and Magnetic Resonance Imaging (MRI). A few patients attending Mohalla Clinics needed high end investigations; when they were referred to the next level government facilities, they faced difficulty in accessing those services.

Thus, a system of referral from Mohalla Clinics to an empaneled private facility for MRIs and CT scans was established. People with referral slips could avail these services at private facilities at no cost. The cost of an MRI in a contracted-out system was nearly 1/6th to 1/8th of the cost for the same test at a government health facility (INR 2,400 versus INR 16,000-20,000 per person).

In the three and a half years since the introduction of these clinics, a decision has been taken to set up more of them, and to introduce a few exclusive clinics for school children. Moreover, the government of Delhi has planned to convert existing dispensaries in the state into Mohalla Clinics as well.

To strengthen urban health services in India, we need to first acknowledge the limitations of GPHFs in urban areas. India’s urban population is expected to reach 600 million by 2030, and the health challenges are likely to be compounded. Ayushman Bharat, which intends to upgrade all U-PHCs into Health & Wellness Centre (HWCs) by March 2020, is a great opportunity. However, only upgradation would not be enough and additional U-PHCs are required. There are lessons from Delhi and Telangana: political will and leadership, sustained interest, and innovation can make a difference in reducing health inequities.

Tags: primary healthcare, public health
We want IDR to be as much yours as it is ours. Tell us what you want to read.
writetous@idronline.org 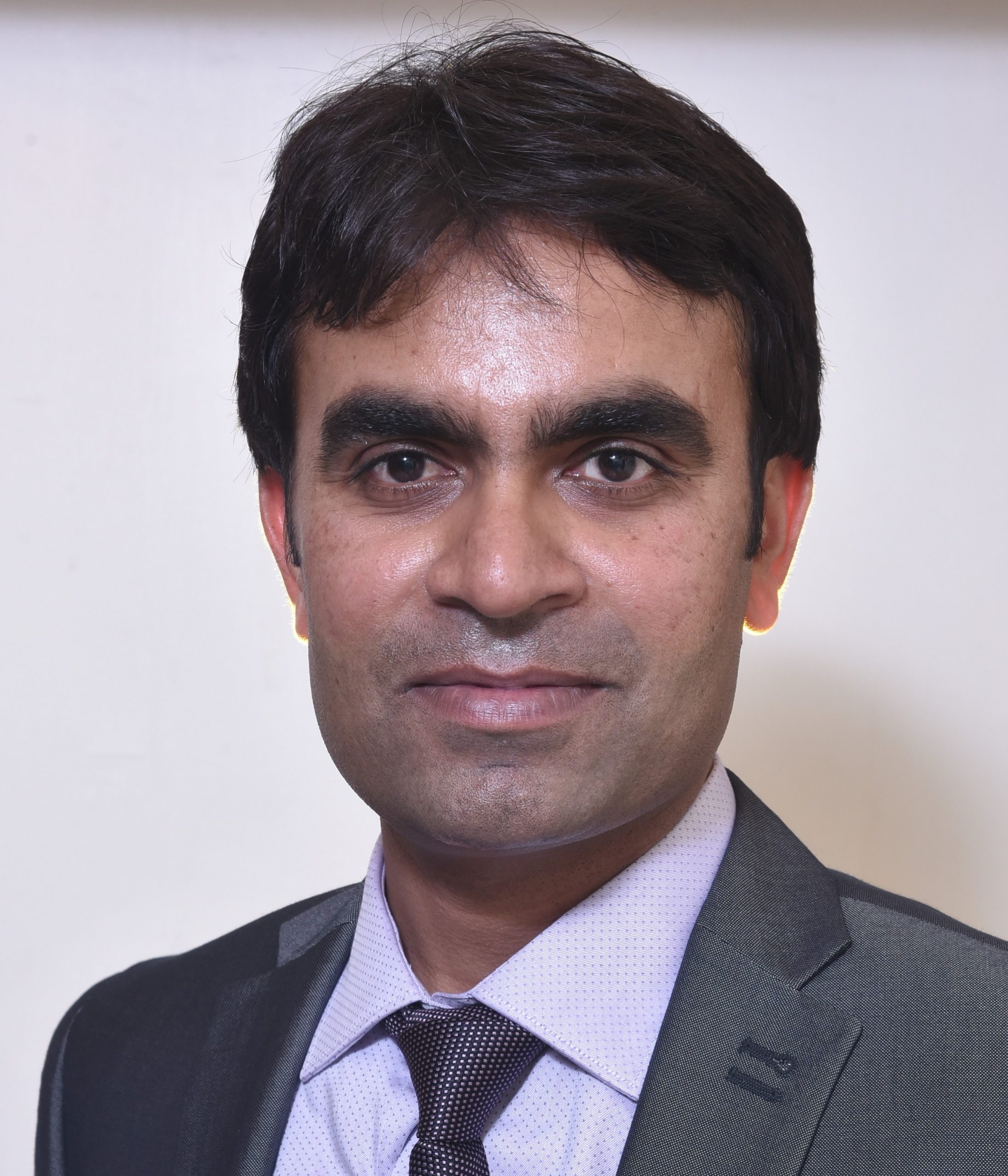 Dr Chandrakant Lahariya is a physician and public health specialist with more than 20 years of social sector experience. He has worked at the forefront of health policy, including in polio elimination, routine immunisation strengthening and new vaccines introduction; and the design and implementation of the National Rural Health Mission. He has helped draft India’s first national vaccine policy, its third national health policy, and NITI Aayog’s strategy for a new India@75. He has first-hand experience with state primary healthcare initiatives, such as Mohalla Clinics, Basthi Dawakhanas in Telangana, and now health and wellness centres (HWCs) under Ayushman Bharat. 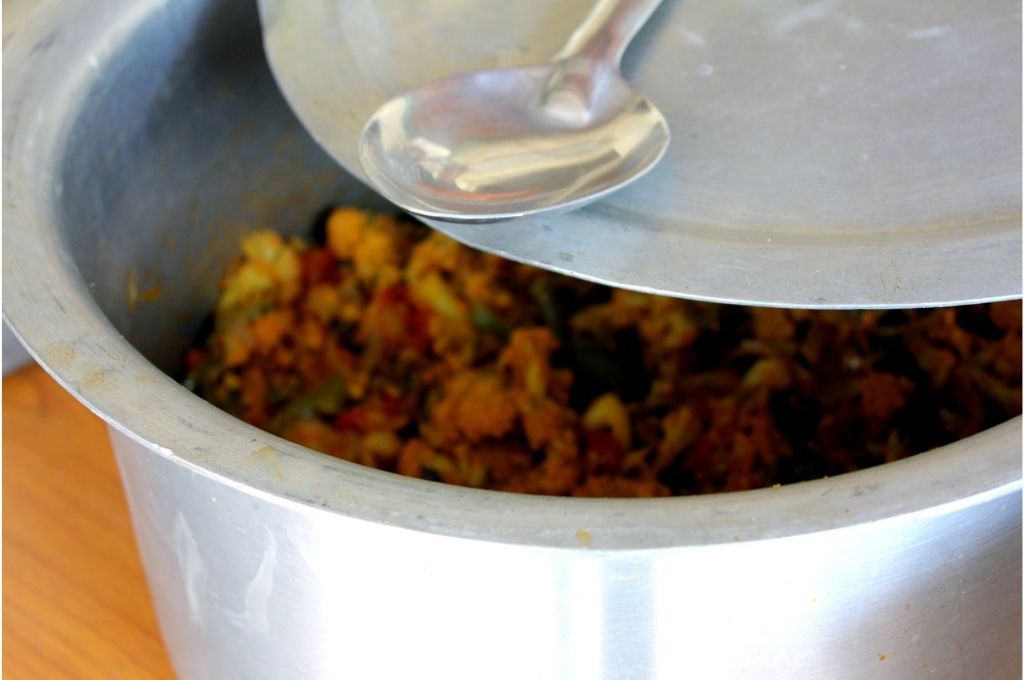 Health
NFHS-5 reveals a rise in malnutrition
The survey indicates an alarming increase in the number of wasting children, anaemic women, and obese men.
by Tabassum Barnagarwala | 4 min read