The government’s National Clean Air Programme is a good first step in its ‘war against pollution’. However, given the absence of a legal framework, and ambiguity around implementation, we are unlikely to be breathing safe air anytime soon.

The theme for World Environment Day 2019 is Beat Air Pollution – one that is extremely pertinent for India. While air pollution is a global problem – the World Health Organization (WHO) states that only one in 10 people on Earth breathes safe air – in India, the situation is rapidly worsening for both human and climate health.

Air pollution is also proving to be expensive for us economically – it cost the country the equivalent of 8.5 percent of its GDP in 2013.

It’s both a human and climate health issue

In 2017 alone 1.24 million deaths, or 12.5 percent of the total deaths recorded that year, were attributed to air pollution. Of those, 4,80,000 died from household or indoor pollution. Average life expectancy in India in 2017 would have been higher by 1.7 years if air quality were at acceptable healthy levels.

While air pollution affects everyone, it does not do so equally. Factors such as age, gender, income, and location play a significant role in intensifying the vulnerabilities to air pollution.

In the case of pregnant women, exposure to air pollution during their first trimester increases both stunting as well as wasting for children aged below five years.

At the other end of the life spectrum, the elderly experience the greatest loss of healthy life years attributable to non-communicable diseases affected by particulate matter. 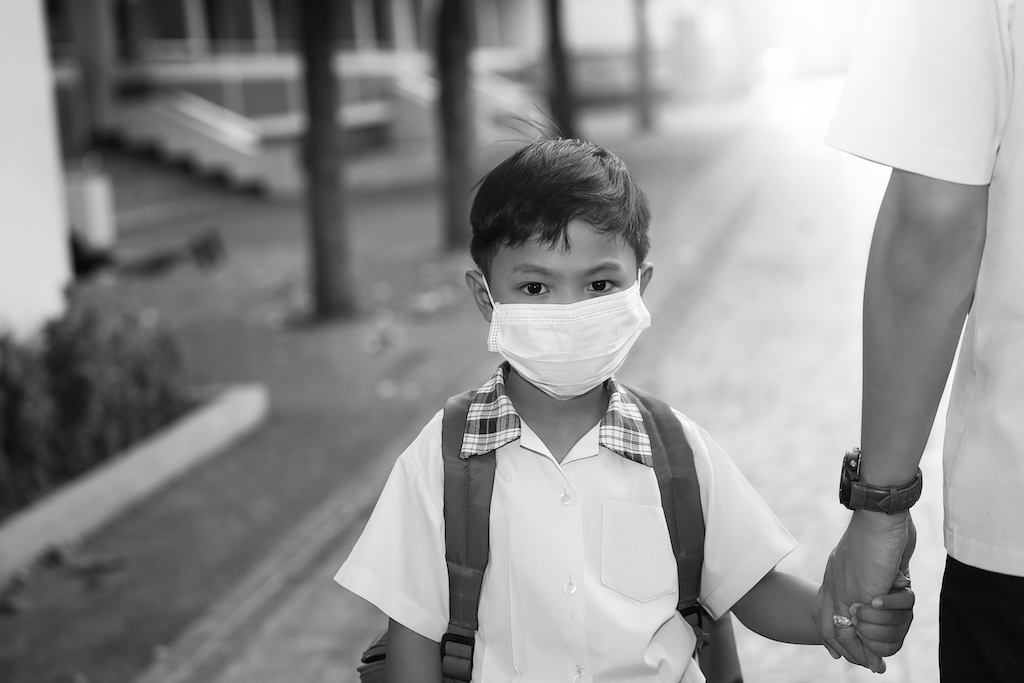 In 2017 alone, 1.24 million deaths, or 12.5 percent of the total deaths recorded, were attributed to air pollution | Picture courtesy: Shutterstock

Airborne pollutants including particulate matter, gases, soot, and dust, are also drivers of climate change — leading to a rise in temperature and changing rainfall patterns.

As one of the major sources of pollution, coal-fired power plants are a big part of the problem. However, as India moves towards generating electricity from solar power, smog and dust are severely undermining the solar panels’ ability to harness the sun’s power despite billions being invested into these technologies.

How is India tackling the air pollution problem?

In recent years, government schemes such as the Pradhan Mantri Ujjwala Yojana’s LPG distribution to households, and Bharat Stage VI clean vehicle standards have been rolled out as part of the government’s efforts to combat air pollution.

Most recently — in January 2019 — the Indian government launched the National Clean Air Programme (NCAP) as a ‘war against pollution’.

While air pollution affects everyone, it does not do so equally. Factors such as age, gender, income, and location play a significant role.

It calls for a 20-30 percent reduction in particulate matter pollution over the next five years (2019-2024) in 102 identified cities, most of these being Tier II and III cities. This is important, as at present, most air-quality sensors are concentrated in Tier I cities and there is a lack of data and understanding around the issue of air pollution in smaller cities and towns.

The overall objective of the NCAP is the prevention, control and abatement of air pollution, as well as to increase and improve the air quality monitoring network across the country. It will provide technology support, capacity building, and make efforts towards improving awareness of the issue.

If successful it could help extend life expectancy of the average Indian by 1.3 years, and those currently exposed to the most polluted air could gain 3 years of life.

Will this be enough for India?

The NCAP is a good first step. However, there are genuine concerns about the lack of a legal framework, clarity on implementation, and funding provisions.

Related article: What we need is a commons manifesto

Absence of a legal framework

Having been described as a “collaborative and participatory approach involving relevant central ministries, state governments, local bodies and other stakeholders with focus on all sources of pollution,” the NCAP appears to be more advisory than mandatory.

It is not notified under the Environment Protection Act or any other appropriate act to create a firm mandate with strong legal framework backing it up for effective and time-bound implementation.

In the absence of a legal framework, state and city governments will find it near-impossible to foster the inter-ministerial cooperation required for successful implementation.

The government has allocated INR 300 crore for the first two years of the five-year plan. Although the plan is expected to target urban and rural India, if we account only for the 102 listed cities, this amounts to less than INR 1.5 crore per city per year– a figure that experts estimate is too low to achieve significant results.

Uncertainty over what interventions will take place in rural India, and how much they will cost, further cloud the fiscal strategy of the NCAP.

No clarity on implementation 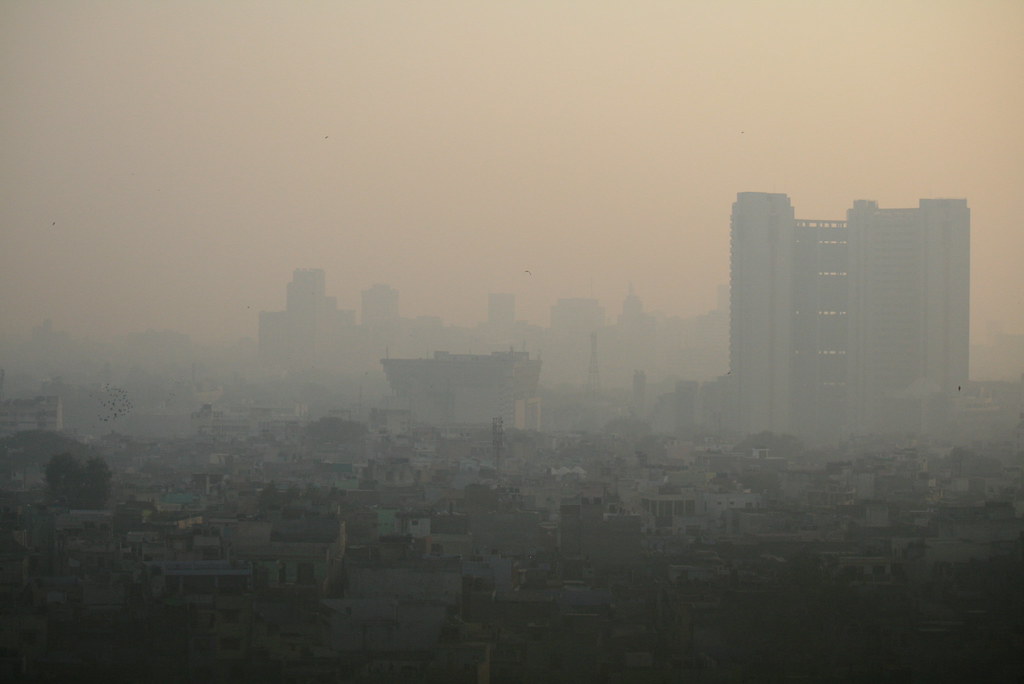 Even if the cities were to reduce their pollution levels by the national target of 20-30 percent, their citizens will still not be breathing safe air | Picture courtesy: Jean-Etienne Minh-Duy Poirrier/Flickr. This image is licensed under CC BY-SA 2.0

A robust air pollution monitoring network plays a significant role in identifying problem areas and using data to make informed decisions and evaluate policy impacts. While the plan emphasises increasing and improving this network, there is limited expertise and resources to handle equipment, installation, and data analysis.

Also, in the existing scenario, regulatory bodies do not have the authority or flexibility to enforce the plan, or to even get different stakeholders to work together.

Moreover, without placing specific targets, the NCAP puts the onus on the cities to create their own plans over the next five years. In the absence of a legally binding framework and without clearly prescribed targets, it is unclear how most cities will make significant progress.

Even if the cities were to reduce their pollution levels by the national target of 20-30 percent, their citizens will still not be breathing safe air.

For the 14 cities that make it into the global worst list, even if the NCAP targets are achieved, the cities will be unable to match the national standards for PM2.5 by 2024.

A study titled Pathways to Achieving India’s Ambient Air Quality Standards by the International Institute for Applied Systems Analysis (IIASA) and the Council on Energy, Environment, and Water (CEEW), found that nearly 674 million Indians are likely to be exposed to air with high concentrations of PM2.5 in 2030, even if we were to comply with its existing pollution control policies and regulations.

To complement the NCAP, the study recommends:

For starters, it has one of the most comprehensive air quality monitoring programmes in the world. It has also made significant gains by reducing emissions from the power sector.

By enforcing the law — the Action Plan for Air Pollution Prevention and Control — in 2013, the Chinese government helped millions of households switch from coal to natural gas for winter indoor heating.

In 2015, the Chinese government collected USD 28 million from fines for pollution from Beijing. To curb emissions from vehicles it set an annual quota of 1,50,000 new cars in 2017, of which 60,000 were only for fuel-efficient cars.

Employing all these and a host of other interventions over a five-year period between 2012 and 2017, Beijing was able to reduce its air pollution by 35 percent. After the original action plan expired in 2017, the Chinese issued a new three-year plan with a wider scope targeting more cities.

The Greenpeace report Airpocalypse: Assessment of Air Pollution in Indian Cities, clearly demonstrates that extreme air pollution is not limited to Delhi-NCR or the metros, but is a nation-wide problem. Any effort towards addressing the air pollution problem will require a holistic and nuanced approach that strikes at the very heart of the issue.

We cannot adopt a piecemeal or knee-jerk approach to the problem.

We cannot adopt a piecemeal or knee-jerk approach to the problem. For example, the National Green Tribunal’s ban on crop burning in much of north India without providing any effective alternatives is highly unfeasible for farmers, who have neither the means nor incentive to clear their fields any other way.

Most sources of outdoor air pollution are also beyond the scope or control of individuals and require a range of actions at the national and international level by policy makers.

For an environmental and health crisis of this magnitude, an urgent effort involving both government and civil society is required.

Disclaimer: The author is related to a team member at IDR. 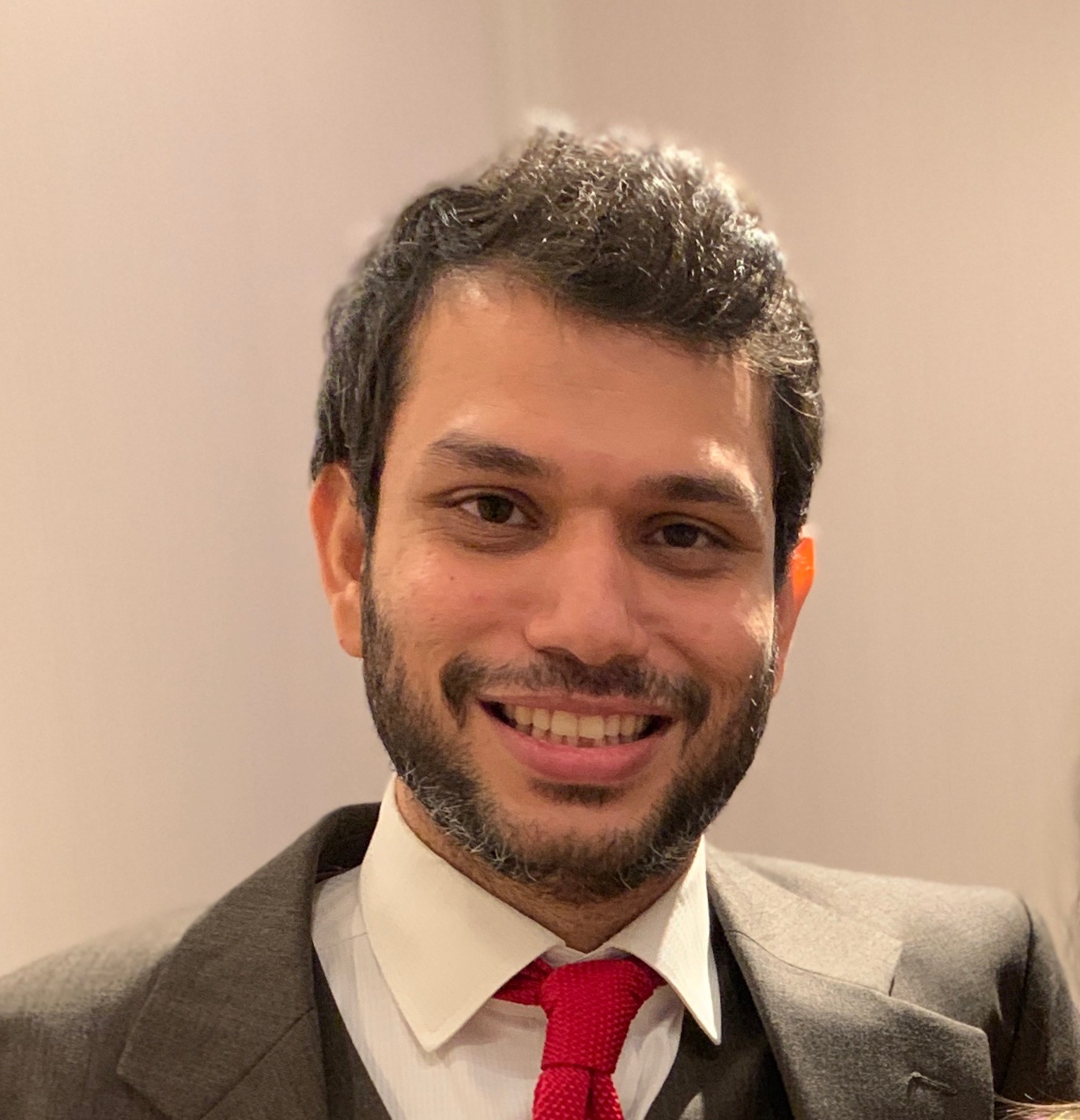 Zarir leads the Food Futures Initiative at ATREE’s Centre for Social and Environmental Innovation (CSEI). With over a decade of experience in the sustainability field, he has advised and supported corporate and nonprofit clients with a range of services, including sustainability strategy, corporate social responsibility, research, communications and reporting. 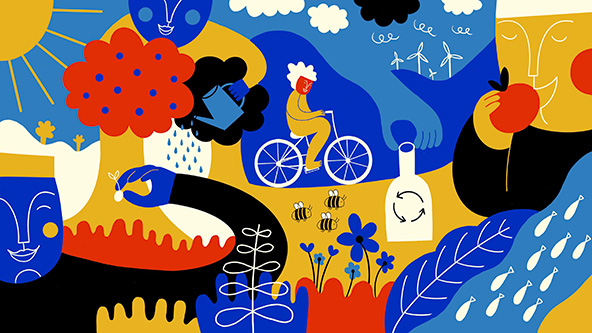 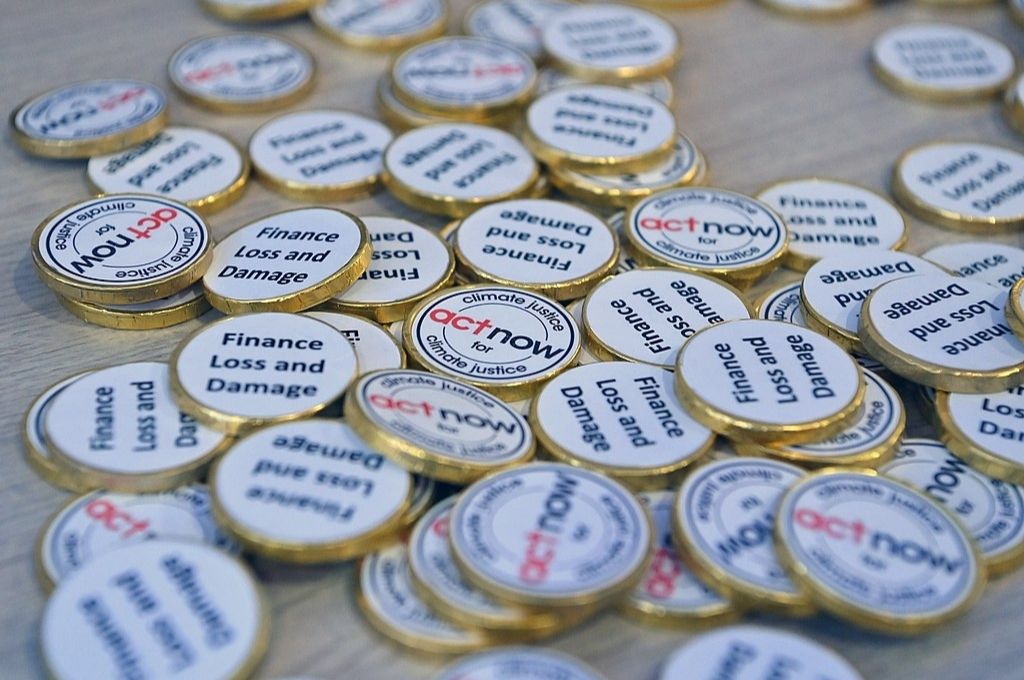 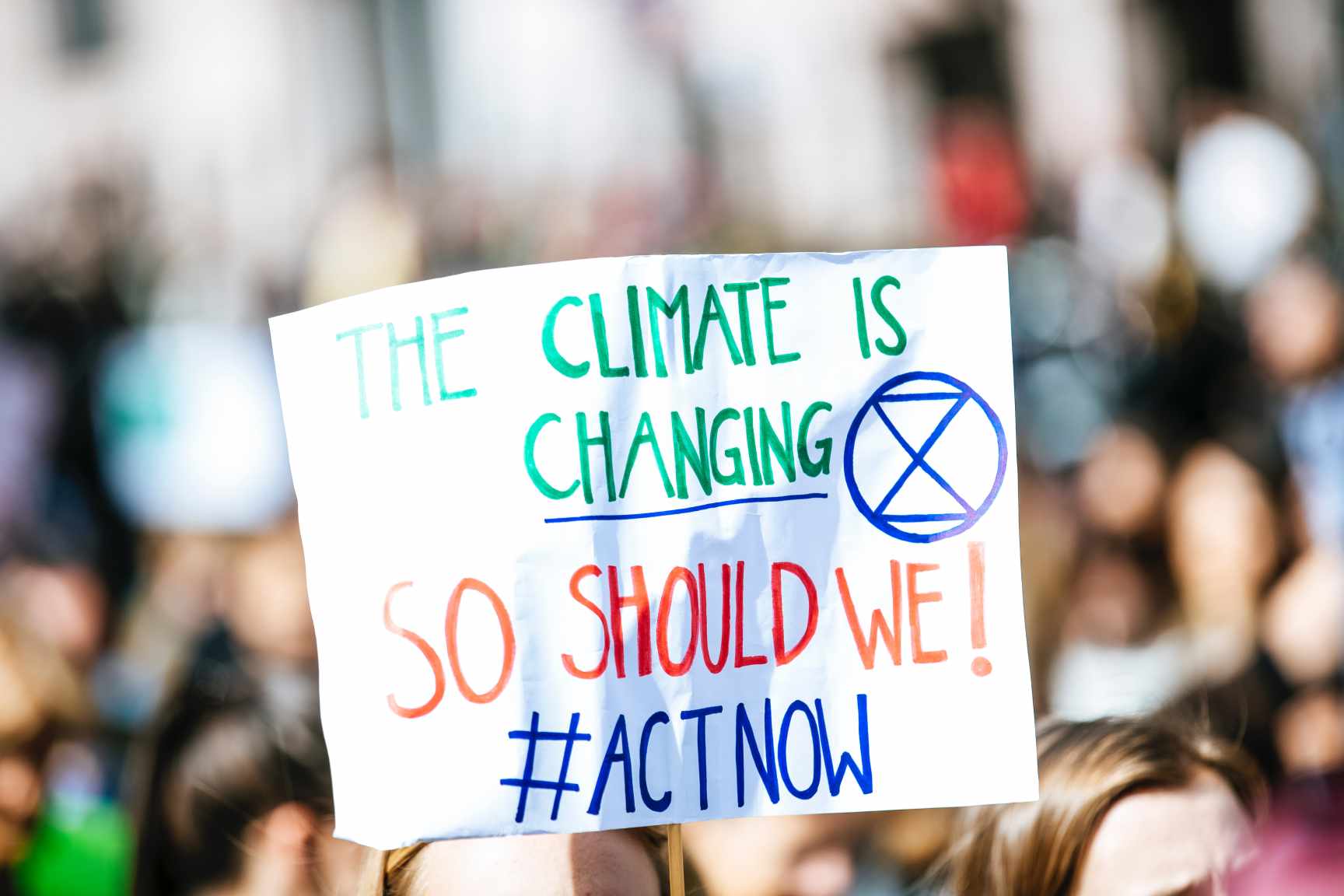