IPCC climate change report: What does it mean for India?

According to the report, heat waves, droughts, and other extreme weather events will be the new normal across India and South Asia.

Unless there are immediate and large-scale reductions in greenhouse gas emissions, limiting global warming to close to 1.5 degrees Celsius or even 2 degrees Celsius over pre-industrial times will be beyond reach, the latest report by the Intergovernmental Panel on Climate Change (IPCC), released earlier this week, has shown.

The current report has been approved by 195 member governments of the IPCC. The reports of the other two Working Group contributions will be finalised in 2022 and the AR6 Synthesis Report will be completed in the second half of 2022.

The report indicates that in the coming decades the impacts of climate change will increase in all regions and for 1.5 degrees Celsius of global warming, there will be “increasing heat waves, longer warm seasons and shorter cold seasons” while at 2 degrees Celsius of global warming, heat extremes would more often reach critical tolerance thresholds for agriculture and health.

A statement from IPCC said, for the first time, the Sixth Assessment Report provides a more detailed regional assessment of climate change, including a focus on useful information that can inform risk assessment, adaptation, and other decision-making, and a new framework that helps translate physical changes in the climate—heat, cold, rain, drought, snow, wind, coastal flooding and more—into what they mean for society and ecosystems.

Govindasamy Bala, professor at Divecha Centre for Climate Change at the Indian Institute of Science, Bengaluru pointed out that the messaging on human influence on climate change is very strong in the current report. “There is also some emphasis on the unprecedented speed of climate change in the AR6 compared to AR5,” Bala told Mongabay-India.

In 2018, the IPCC’s special report Global Warming of 1.5 degrees Celsius had projected that global warming is likely to reach 1.5 degrees Celsius between 2030 and 2052 under business as usual scenarios. But with the new report, the timelines have now been made more definitive and the global temperature is expected to reach or exceed the 1.5 degree Celsius threshold of warming by 2040.

“The historical warming assessed in AR6 is 1.1 degrees C, about 0.3 degrees more than in the AR5 assessment. AR5 was based on temperature records of 2011 and a decade has passed since then. The last decade was warmer than the previous assessment period. There were improvements in observational records which also added to the historical warming,” said Bala.

Increase in extreme weather events and changes in monsoon a reality

The latest IPCC report has also devoted a separate chapter to extreme weather events, emphasising compound events: compound extreme events are the combination of multiple drivers and/or hazards that contribute to societal or environmental risk. Examples are concurrent heatwaves and droughts, compound flooding (a storm surge in combination with extreme rainfall and/or river flow), compound fire weather conditions (a combination of hot, dry, and windy conditions), or concurrent extremes at different locations.

“Some recent hot extremes observed over the past decade would have been extremely unlikely to occur without human influence on the climate system. Marine heatwaves have approximately doubled in frequency since the 1980s (high confidence), and human influence has very likely contributed to most of them since at least 2006,” it said.

The IPCC report warned that if global warming increases, some compound extreme events, with a low likelihood (of occurrence) in past and current climate, will become more frequent, and there will be a higher likelihood that events with increased intensities, durations and/or spatial extents, unprecedented in the observational record, will occur (high confidence).

Bala explained that the new report clarifies for the first time the “delicate balance” between aerosols and GHG emissions and their influence on monsoon rainfall by noting that “observed warming is driven by emissions from human activities, with greenhouse gas warming partly masked by aerosol cooling.”

The report states that “decreases in global land monsoon precipitation from the 1950s to the 1980s are partly attributed to human-caused Northern Hemisphere aerosol emissions, but increases since then have resulted from rising greenhouse gas concentrations and decadal to multi-decadal internal variability.”

“Greenhouse gas-induced warming will lead to intensification of rainfall but observational records show a decrease in monsoon rainfall between 1950 and 1980. So this report clarifies that in the 30 year period the aerosol was stronger than the greenhouse effect. After that in the last three decades, the effect of GHGs and aerosols are almost balanced so we don’t see any trend in monsoon rainfall in the last 20 to 30 years. In the next couple of decades this delicate balance may continue but by mid-century and end of the century the report projects we will see an increase in monsoon rainfall,” Bala expanded.

Abinash Mohanty, a Programme Lead in the Risks and Adaptation team at the Council on Energy, Environment and Water, a think-tank working on environmental issues, said that the IPCC’s latest report reiterates the “urgency of stepping up climate action and identifying the need to map the compounded impacts of extreme events.”

“The report suggests that the NDCs (nationally determined contributions) will not be sufficient to mitigate the impacts of a 1.5 degree Celsius breach. The IPCC acknowledges that human-induced climate change is significantly disrupting the land-use surface attributes that are leading to the intensification of extreme events,” he said.

What does the report mean for India?

The latest IPCC report emphasises an increase in extreme weather events in South Asia, including India. It highlights that heatwaves will become more intense and frequent in the 21st century; summer and monsoon precipitation will also increase and become more frequent.

“Indian sub-continent will have a 20 percent surge in extreme rainfall events. The projections suggest that rainfall will become incessant and erratic leading to floods, depressions will intensify into deep depressions, and cyclonic events will become more frequent across eastern and western coasts,” Mohanty said.

“Further, heat extremes and drought events will be the new normal across South Asia and India. Identification of compounded impacts of extreme weather events with the help of a climate risk atlas and climate-proofing of infrastructures becomes a national imperative for emerging economies like India,” he warned.

India is yet to announce its net-zero emissions target.

The IPCC report also concludes that the global mean sea levels will continue to rise over the 21st century, even in the lowest emissions scenarios because of the warming of the ocean, as well as the melting of ice sheets and glaciers. For India, which has a coastline of over 7,500 kilometres, this will mean a significant threat to those living in areas vulnerable to the impacts of sea level rise.

For instance, across six Indian port cities—Chennai, Kochi, Kolkata, Mumbai, Surat and Visakhapatnam—28.6 million people could be exposed to coastal flooding if sea levels rise by 50 centimetres and the assets exposed to flooding will be worth about USD 4 trillion.

Chandra Bhushan, who is the president and chief executive officer of the International Forum for Environment, Sustainability & Technology (iFOREST), a think-tank, said: “As far as India is concerned, we have a double burden now. We have to build resilience in our economy, infrastructure and social systems to deal with the increasing impacts of extreme weather events. At the same time, we have to act on mitigation measures.”

“The IPCC report is a warning for our economy and human life. Things that were predicted to happen far ahead in the future are now expected to happen much sooner, including intense heatwaves, monsoon disruptions, cloud bursts, extreme rain, etc. The situation will only worsen if we do not act faster and decisively,” said Bhushan.

The report comes ahead of the upcoming Conference of Parties (CoP) to the Climate Change Convention to be held at Glasgow in November 2021. As an important document that assesses how the world is dealing with climate change in the past years, it could likely influence negotiations during the conference.

Following the report, there would now be a call for countries across the world, including India, to have more ambitious goals to tackle climate change. India is yet to announce its net-zero emissions target.

Alok Sharma, a minister in the United Kingdom’s government and the president of the upcoming COP 26, said, in a statement on the IPCC report, “The science is clear, the impacts of the climate crisis can be seen around the world and if we don’t act now, we will continue to see the worst effects impact lives, livelihoods and natural habitats.”

India, in a statement after the release of the report, said that the developed countries have usurped far more than their fair share of the global carbon budget.

“Our message to every country, government, business and part of society is simple. The next decade is decisive, follow the science and embrace your responsibility to keep the goal of 1.5 degrees Celsius alive. We can do this together, by coming forward with ambitious 2030 emission reduction targets and long-term strategies with a pathway to net-zero by the middle of the century, and taking action now to end coal power, accelerate the roll-out of electric vehicles, tackle deforestation and reduce methane emissions,” he said.

The Indian government, meanwhile, welcomed the IPCC report. India’s Environment Minister Bhupender Yadav tweeted that the report is a “clarion call for the developed countries to undertake immediate, deep emission cuts and decarbonisation of their economies.”

India, in a statement after the release of the report, said that the developed countries have usurped far more than their fair share of the global carbon budget. “Reaching net-zero alone is not enough, as it is the cumulative emissions up to net-zero that determine the temperature that is reached. This has been amply borne out in the IPCC report. It vindicates India’s position that historical cumulative emissions are the source of the climate crisis that the world faces today,” said India’s environment ministry.

The ministry, in fact, emphasised that India’s cumulative and per capita current emissions are significantly low and far less than its fair share of the global carbon budget. It highlighted steps such as the installation of 450 gigawatts of renewable energy by 2030 among the measures taken by the government to tackle climate change.

This article was originally published on Mongabay-India 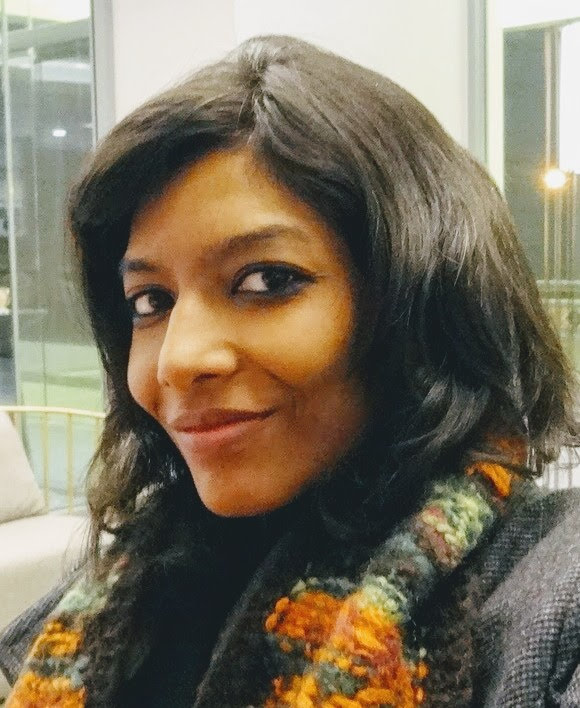 Sahana Ghosh is a science journalist and a contributing editor at Mongabay India. She coordinates projects on climate change, biodiversity, environmental health, planetary health, sustainable development goals, and gender for the platform. She has previously worked with The Quint and the Indo-Asian News Service. Sahana also mentors aspiring journalists and is a guest lecturer at the Statesman School of Print Journalism, Kolkata. 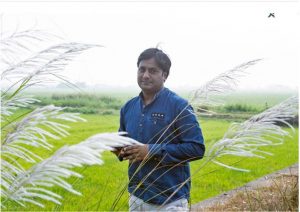 Mayank Aggarwal is a contributing editor at Mongabay India and has previously worked with The Mint, DNA, The Statesman, and the Indo-Asian News Service (IANS). His areas of interest include environment, wildlife, conservation, and renewable energy.

Environment
Waste is valuable
A day in the life of a self-help group member who along with her team, works with citizens and the local government to improve waste management in Udupi.
by Chanda Anand Anchan | 5 min read 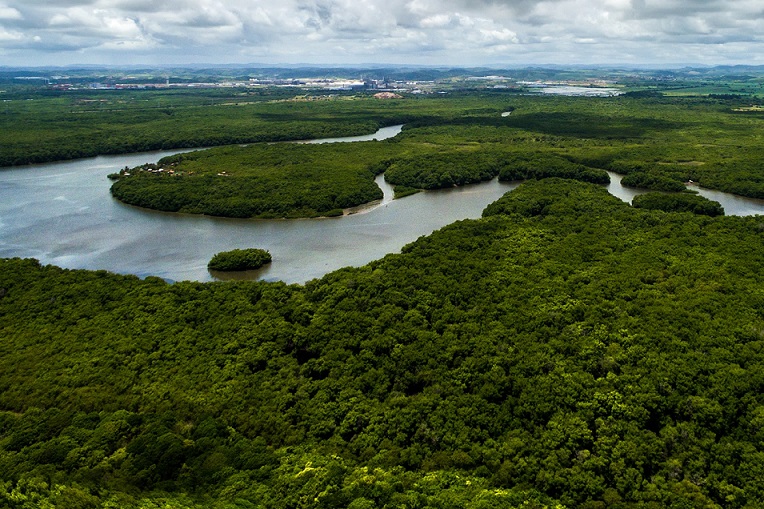 Environment
Nature, well-being, and social change
Carlos Souza and Michael Jenkins talk about the interconnections between their environmental work and ideas of well-being.
by Skoll Foundation | 2 min read 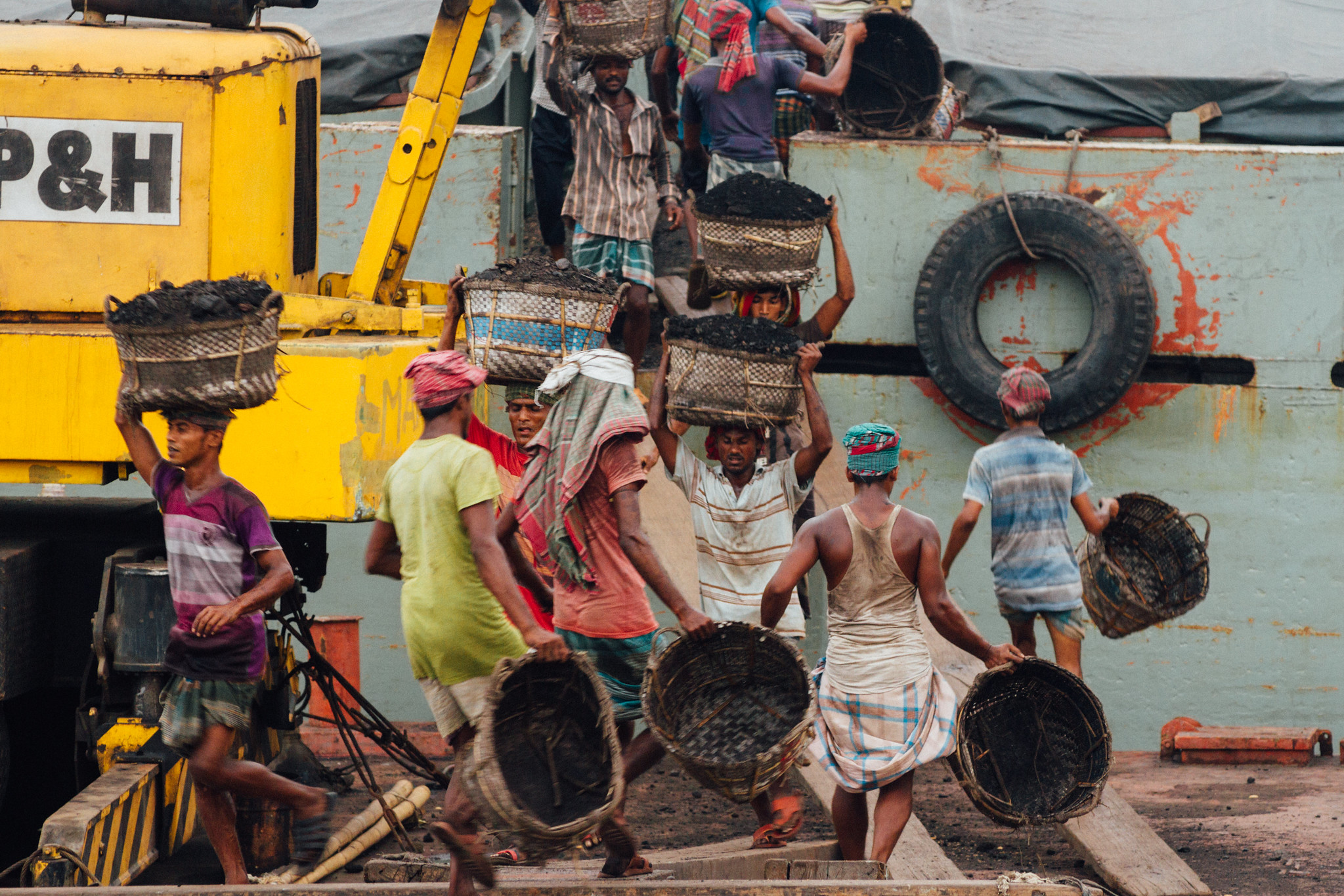 Environment
What lies ahead for coal-dependent towns in India?
Just transition offers an opportunity to reverse decades of stymied development.
by Mayank Aggarwal | 7 min read