Five things to know about the POCSO Act

The POCSO Act was enacted to protect children from sexual offences. Here are key features of the act that you need to know, especially if you work with children.

A 2019 Economist Intelligence Unit report examining the responses of 60 countries to child abuse revealed some interesting insights. It rated India’s legal framework for protecting children from sexual abuse and exploitation the highest among all the surveyed countries. On this metric, India outranked the United Kingdom, Sweden, and Australia, the top three countries considered to have the best environment for children by the report.

So, what are the primary laws against child sexual abuse in India?

The Protection of Children from Sexual Offences Act, 2012, (POCSO Act) and its corresponding rules were enacted with the objective of protecting children from a slew of sexual offences and introducing child-friendly judicial mechanisms for dealing with such offences. Yet, despite the existence of such comprehensive child sexual abuse laws in our country, the scale of such abuse is staggering. According to a 2017 survey conducted by World Vision India, one in every two children is a victim of sexual abuse in India. Further, in a majority of the cases, the perpetrators are known to the victim, leading to a reluctance on the victim’s part in approaching authorities for redressal.

Incidents of child abuse have also risen exponentially since the COVID-19 pandemic, with new and insidious forms of cybercrime rearing their ugly heads. Moreover, as a recent study demonstrates, the general level of awareness of the POCSO Act remains woefully inadequate in our country.

This month, as we celebrate Children’s Day in India, it is a fitting time to foster awareness about India’s child sexual abuse laws. Here are five key things to know about the POCSO Act, particularly if you work with children in the development sector:

1. It is a gender-neutral law

By defining a child as ‘any person’ below the age of 18 years, the POCSO Act sets a gender-neutral tone for the legal framework available to child sexual abuse victims. Consequently, a child of any gender who has been sexually wronged has access to the remedies provided under the act. The act also does not distinguish between perpetrators of child sexual abuse on the grounds of gender, and there have been instances where the courts have convicted women for such abuse.

2. Not reporting abuse is an offence

The flagship feature of the POCSO Act, and arguably the most debated one, is the mandatory reporting obligation imposed under Section 19. It requires every person who suspects or has knowledge of a sexual offence being committed against a child to report it to the local police or the Special Juvenile Police Unit.

Any person in charge of an institution who fails to report the commission of a sexual offence relating to a subordinate is liable to be punished.

The act not only punishes the perpetrator of sexual abuse, but also penalises those who have failed to report the offence with either imprisonment or a fine or both. Any person in charge of a company or an institution who fails to report the commission of a sexual offence relating to a subordinate under their control is liable to be punished with imprisonment and a fine under Section 21 of the act. The act, however, exempts children from any non-reporting liabilities. Over the years, criminal actions have been initiated against a number of individuals, particularly those in charge of educational institutions, for hushing up child sexual abuse offences.

3. No time limit for reporting abuse

Typically, the trauma that child sexual abuse victims endure prevents them from voicing their complaints immediately. Recognising this, in 2018, the Union Ministry of Law and Justice clarified that there is no time or age bar for reporting sexual offences under the POCSO Act. Consequently, a victim can report an offence at any time, even a number of years after the abuse has been committed. Therefore, organisations dealing with children in India cannot shun child sexual abuse complaints raised against their employees on the pretext of lapse of time. On the other hand, numerous states in the US and several countries across the European Union continue to impose limitation periods for child sexual abuse victims seeking legal recourse. Such limitation periods create formidable barriers for victims who intend on voicing their sexual abuse allegations later in life.

4. Maintaining confidentiality of the victim’s identity

Section 23 of the POCSO Act prohibits disclosure of the victim’s identity in any form of media, except when permitted by the special courts established under the act. A violation of this section can attract punishments under the act, regardless of whether such disclosures are made in good faith. Reiterating this position, the Supreme Court issued a host of directions in 2018 forbidding, among other things, revealing a POCSO victim’s identity on social media.

5. New obligations under the POCSO Rules

Last year the government introduced a fresh set of POCSO Rules. There are three chief takeaways from these rules for any organisation dealing with children in India. Firstly, any institution housing children, or coming in regular contact with them, is required to conduct a periodic police verification and background check of every employee who might interact with a child. Secondly, such an institution must impart regular training to sensitise its employees on child safety and protection. Thirdly, and most importantly, it has to adopt a child protection policy based on the principle of zero tolerance to violence against children. This policy must mirror the child protection policy of the state government in which the organisation operates.

Legal imperatives aside, child protection policies are absolutely crucial for any organisation involved with children. These policies streamline procedures for dealing with child abuse incidents and mitigate arbitrary actions when such incidents surface. This, in turn, prevents reputational damage and enhances an organisation’s credibility.

A well-drafted child protection policy will clearly define the organisation’s child abuse prevention measures and chart out a redressal mechanism to resolve child abuse incidents. In doing so, it will reflect the mandatory reporting obligation under the POCSO Act and vest authority in a specified group of individuals within the organisation to address child abuse complaints and implement the policy. Most significantly, a robust child protection policy will inspire confidence that an organisation will deal with child abuse concerns fairly and in accordance with the due process of law.

Children’s Day is a good time for organisations to move beyond symbolic gestures and implement effective child protection practices and policies. After all, what could be a more meaningful way to honour the children under their care?

Disclaimer: This article is intended to provide general information and should not be substituted for context-specific professional legal advice.

Tags: child rights, law, social sector
We want IDR to be as much yours as it is ours. Tell us what you want to read.
writetous@idronline.org
ABOUT THE AUTHORS 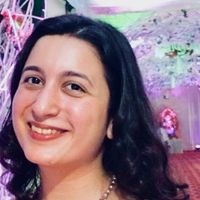 Parinaz Madan is a legal consultant to a leading Indian multinational corporation and works on corporate and commercial law matters. A member of iProbono, she has provided legal advice to several nonprofits on education, child rights, and medical laws in India. Parinaz has drafted child protection policies for organisations and recommended best practices for dealing with child abuse cases. She did her LL.B from Government Law College, Mumbai, and is a qualified solicitor from the Bombay Incorporated Law Society.