It’s time for CSR to invest in justice

With a direct link between violence and GDP, the cost of not working on access to justice is high. To really make a difference to our legal system, private sector money must invest in the rule of law.

We received good news recently that India had climbed 23 points to the 77th rank (out of 185 countries ranked) in the Ease of Doing Business index.

The World Bank ranking however, only looks at issues related to corporate experience with government regulations—such as ease or difficulty in starting a business, obtaining a construction permit, getting electricity, registering property, enforcing contracts, trading across borders, getting credit, paying taxes, resolving insolvency, and protecting the minority investor.

As the World Bank admitted about its own index, its assessment precludes a crucial factor: the rankings in this index do not “measure all aspects of the business environment that matter to firms or investors”. These other ‘aspects’, as noted by Kaushik Basu, an Indian economist and former chief economist of the World Bank, could in fact be “bad for growth”.

He warned about the damage that the recent spate of lynchings may have done to the country’s goal of becoming an economic superpower. Basu wants not just political leaders but also corporate honchos to realise that divisive moves taking place in the country harm the perception of the nation in the eyes of the world.

[quote]CSR has done little to ensure access to justice and establishing rule of law.[/quote]It might be useful here to juxtapose the World Bank’s Ease of Doing Business Index with the World Justice Project’s Rule of Law Index, where India’s overall rank is 62nd (out of 113 countries). Within this index, the sub-parameters indicate where India is doing poorly: the country ranks 98th in order and security,  97th in delivery of civil justice, and 75th in ensuring its citizens fundamental rights.

Indeed, it is time India’s corporate world begins investing in ensuring that rule of law at the grassroots level does not run riot. As part of its corporate social responsibility (CSR), it has chosen to largely invest in education and healthcare. However, regrettably, it has done little to ensure access to justice and establishing rule of law.

There is a direct link between violence and GDP growth

Indeed, violence in India has had a deleterious impact on India’s economy. India lost as much as USD 341.7 billion (INR 21.73 lakh crore*) in 2014 due to surging violence and conflicts. This meant that each Indian lost an amount of INR 15,077.

An update for 2017 by the Institute of Economics and Peace, Australia, said that dealing with violence cost India USD 1.19 trillion (INR 80 lakh crore), or USD 595 (INR 40,000) per capita. This figure is nine percent of the country’s Gross Domestic Product.

The cost of not working on access to justice is high

My involvement with the voluntary sector suggests that there is a huge dearth of community-based legal centres which could help minorities, women, Dalits, tribals, and other socially vulnerable sections to get access to the rights guaranteed to them.

At the Centre for Social Justice (CSJ), we have been running a network of law centres for the last 30 years, across 10 states, responding to nearly 3,000 cases a year. Our lawyers, paralegals, and researchers, who while passionate about making a difference, are unable to cope with the huge demand-and-supply gap that exists at the grassroots level.

Business leader and philanthropist Ravi Venkatesan, rightly insisted in a recent article that “changemakers across the spectrum must come together to help create a citizen-centric legal system.” He notes that, as of today, over 56 lakh cases are pending for over five years, and few citizens rely on the judiciary to resolve their disputes. While vacancies are rampant in the judiciary—it is as high as 40 percent in High Courts—India’s 67 percent undertrials are double the global average.

The cost of judicial access is also exorbitant: a litigant reportedly spends about INR 500 per day to attend court, and another INR 900 a day in lost wages. Indeed, marginalised sections face a broken judicial system which an on average takes two years to deliver justice.

The question is: how can such a situation be good for business and corporate India?

CSR must support the rule of law

There is therefore, a clear case for the business to support and enhance rule of law as part of CSR activity. Private sector money must rely on ways to enhance rule of law by helping build strong grassroots legal institutions. Involvement in ensuring that development-induced displacement is reduced, for instance, would significantly eradicate dependence on courts, helping save costs.

[quote]Private sector money must enhance rule of law by helping build strong grassroots legal institutions.[/quote]After all, effective governance of law can help reduce external costs of corporates, such as bribes, litigation costs, and so on. Inside the business establishment, it would provide a better work environment for the employees.

Corporates can also help fill the skill and capacity gap that community-based organisations (CBOs) working in this area face. As of today, CSR efforts are limited in scope and range, but by providing managerial capacities, human resources, capital, and result-oriented frameworks from the corporate world, they can help nonprofits and CBOs working on the rule of law do more and ensure that citizens can access timely justice without fear or favour.

The philanthropists—Azim Premji, the Nilekanis, and the Tata Trusts—have at least begun engaging with this issue but it needs the support of corporate India if we have to make a difference.

*at the then exchange rate 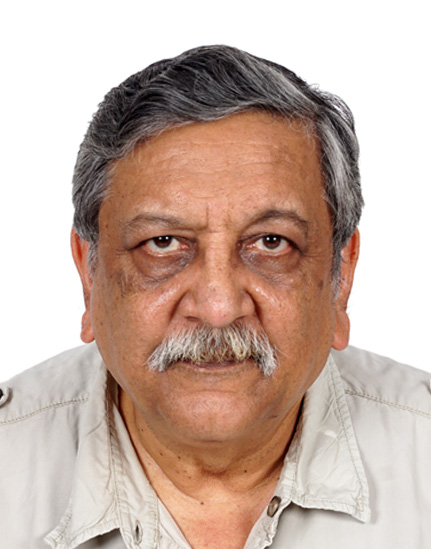 Gagan is the founder of Janvikas, a development support and training organisation, and Centre for Social Justice, a human rights and Access to Justice initiative working in South Asia. He has more than 30 years of experience in organisational development, capacity building and advocacy at local, national and international levels in diverse cultural settings in Asia. He is a recognised leader in policy formulation, in facilitating development projects and, advocating for minority rights. He has been a board member and CEO mentor for more than 15 advocacy campaigns, development organisations and international agencies, and is a member of the drafting committee of the Nyaya Panchayat Act. He has authored books on legal aid, gender, nonprofit governance, and communal violence in Gujarat.