CSR spends: What the data tells us

Four years after the CSR mandate, here's a look at the geographies and sectors funds were directed towards; what has changed in the way companies give; and how we can address the gaps that still exist.

Section 135 of the Indian Companies Act, 2013, or the CSR clause, came into effect on April 1, 2014. The recent announcement by the Ministry of Corporate Affairs (MCA) to set up a High-Level Committee to review its provisions provides an excellent opportunity to reflect on its impact.

This piece explores the impact and practice of the CSR clause based on various analyses available in the public domain, conversations with nonprofits, and from the vantage point of a corporate group that has been practising CSR well before it was legislated; in this case, the Tata group, where the author led the sustainability function till August 2017.

In India, CSR was always understood as corporate philanthropy or corporate initiatives in the community; the CSR clause merely codified this. This notion of CSR is very different from the global understanding of it, which is more akin to concepts like sustainability and the triple bottom line.

In 2011, the Ministry of Corporate Affairs (MCA) had released the National Voluntary Guidelines (NVGs) that outlined the social, environmental, and economic responsibilities of business. These are, in a sense, more aligned with the global understanding of corporate responsibility. Had the CSR clause referred to Principle 8 (on inclusive growth) of the NVGs, the link would have been complete.

Related article: When CSR steps outside its comfort zone

Fundamentally, CSR was, and continues to be, about social and human development. Therefore, in terms of purpose, it is similar to the work that nonprofits do. Arguably, CSR approaches do not reflect the state-of-the-art in terms of development thinking, perhaps because development is not the core competence of companies.

While companies do want their CSR activities to positively impact communities, most look for a ‘business benefit’.

However, what significantly differentiates CSR from nonprofit work is that it is driven by a company’s thinking, priorities, and worldview. While companies do want their CSR activities to positively impact communities, most look for a ‘business benefit’. While they do not seek profits from their CSR work, they do look for benefits such as ‘community license to operate’ (critical for manufacturing companies who focus on communities and the environment around their plants to mitigate the negative impacts inherent in manufacturing), and deepening employee engagement (which enables them to attract and retain talent as increasingly, employees want to work with companies that care).

So, what does the practice tell us? These are discussed below, based on reports from three principal sources, the CSR Tracker published by CII’s Centre of Excellence for Sustainable Development, KPMG’s report that analyses CSR performance of the top 100 listed companies, and reports from civil society organisations such as Corporate Responsibility Watch and NGO Box.

All analyses suggest that compliance with the provisions of the clause has been steadily improving. Various reports state that 95-99 percent of companies comply with procedures such as forming a CSR committee with at least one independent director and three board members; and formulating a CSR policy and making it available on the company website.

KPMG’s report identified three principal areas of non-compliance, though there is no information on the reasons for this non-compliance:

Spending has increased. The CSR Tracker 2017 which tracked 1,522 companies, showed 92 percent spends, up from 80 percent in 2015. KPMG’s report of the top 100 listed companies showed 97 percent spends in the same year.

In fact, the KPMG report indicates that 22 of the top 100 companies—twice as many as in the previous year—spent more than the two percent, suggesting perhaps that the underspending was coming from small and medium enterprises (SMEs). This seems logical as the latter are still new to CSR, and their amounts are so small that spending their funds effectively can pose a challenge. 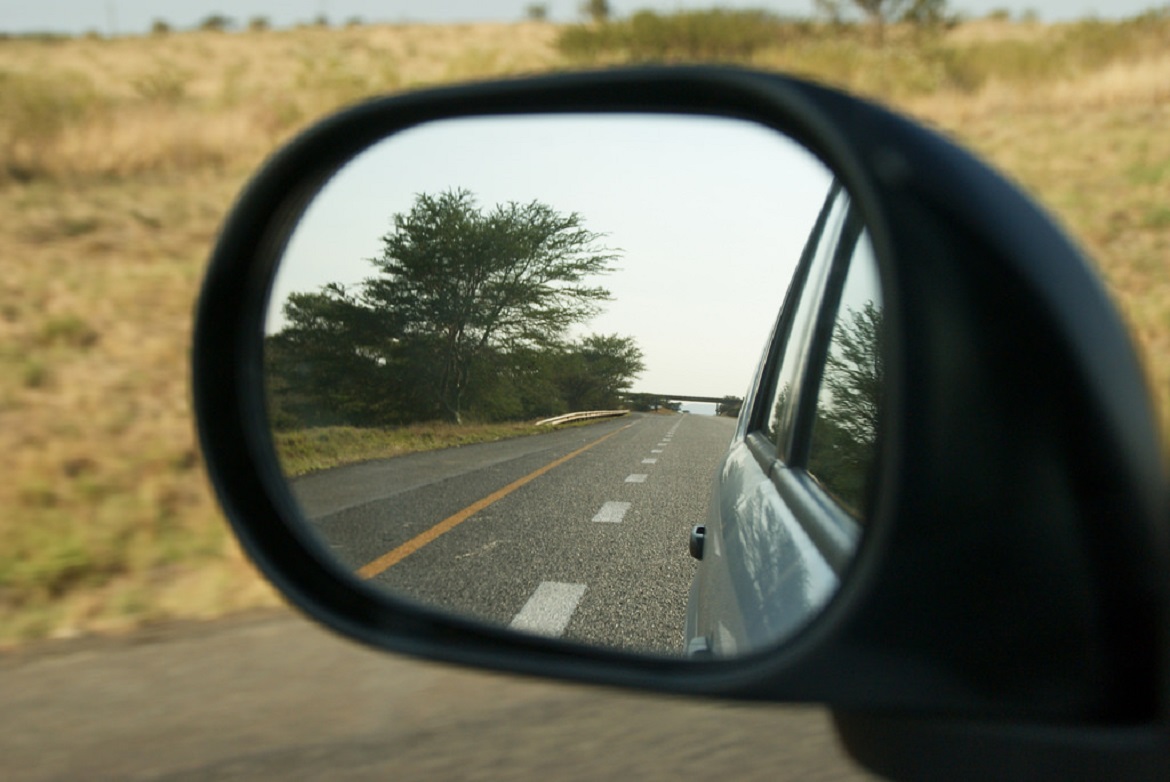 Looking back at the past four years, we see how CSR has expanded | Photo courtesy: Flickr

Interestingly, contributions to the Prime Minister’s Relief Fund as a percentage of total CSR spends, were very small to begin with, and have been steadily declining over the years (the KPMG study reported INR 2 crores in 2016-17 compared to INR 56 crores in 2014-15), suggesting that it is a last resort.

The analysis suggests that CSR spends were concentrated on a few geographies and sectors. Five Indian states—Maharashtra, Uttar Pradesh, Tamil Nadu, Karnataka, and Odisha—received anywhere from 60-70 percent of total spends* and these were not necessarily the ones that were most underdeveloped, a criticism of the ‘local area preference’ of Section 135.

In terms of sectors too, there was a definite preference. Three sectors—health (including water and sanitation), education (including skills), and rural development attracted 70 percent of CSR funds. This is not surprising in itself, given India’s poor performance in these sectors. But the fact that few companies reported undertaking a community needs assessment before launching their CSR interventions, as disclosed in the Corporate Watch Report, suggests that CSR efforts tended to be driven top-down rather than the more logical bottom-up.

There is not enough data on the actual activities done as a part of CSR, but indications are that many of them are pretty routine, for instance, spending on school uniforms, scholarships and skilling under education; mobile health camps, building toilets, blood donations camps, and so on. Companies have traditionally preferred to build physical structures because apart from being, quite literally concrete, they can also carry branding.

Beneficiaries not defined or counted

Who benefits from CSR? Interestingly, the mandated reporting format neither asks for numbers nor the profile of those who benefit. Data suggests that more and more companies are disclosing the numbers, in some cases even project-wise.

While useful, this is done in an aggregated way rather than by gender, ethnicity or disability, which many consider the three markers of social exclusion, and hence poverty. In the absence of this, it is very difficult to make even preliminary assessments as to who benefits from CSR.

The CSR rules indicated several ways that companies could implement their CSR activities—directly though their own trusts or foundations, in partnership with other companies, and through implementing partners.

The KPMG report found that 91 of the top 100 companies preferred working through nonprofits, or a combination of their own trusts/foundations and nonprofit organisations. The CII CESD report, which covers a larger number of companies, indicated that 53 percent of the 700 or so companies that disclosed this data also preferred these two routes.

Thus, nonprofits are a key element of the mix. This also suggests that the fear that all companies will set up their own foundations is not supported by evidence; this is logical because an implementing foundation is viable only if the CSR spend is significant. Most large and old companies like the Tata group set up their own implementing foundations largely because back then, grassroots nonprofits were few and far between.

Based on practice and conversations, some suggested modifications to the CSR clause may be:

There is no doubt that Section 135 has given company employees and the board an opportunity to reflect on the role of a company beyond making profits and to explore how these profits can be used to benefit society. The track record of companies the past few years suggests that the act has both good aspects and opportunities for improvement, and the latter need to be urgently addressed.

While financially, there is little doubt that CSR funds cannot solve India’s development challenges—its biggest contribution perhaps will be to influence the outlook of the company so that the thinking moves beyond how much profit, to how profits are made.

*Data sourced from the KPMG and CII CESD reports

Tags: Companies Act 2013, corporate giving, CSR, CSR impact, CSR in India, philanthropy
We want IDR to be as much yours as it is ours. Tell us what you want to read.
writetous@idronline.org
ABOUT THE AUTHORS 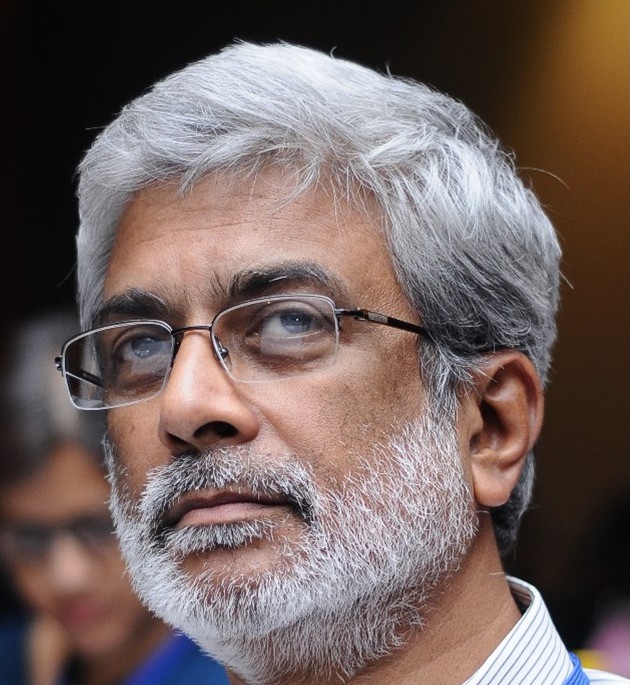 Shankar Venkateswaran recently retired as the chief of Tata Sustainability Group, which provides guidance and support on sustainability and corporate responsibility to the $100-billion Tata group. Before joining Tata, he worked with the UK-based think-tank, SustainAbility, and global management consultant, PriceWaterhouseCoopers, where he advised companies on sustainability strategy and reporting.

Prior to that, he spent around 15 years in social development with ActionAid and the American India Foundation (which he helped establish in India and served as its first executive director). Shankar, who has held board positions with several nonprofits in India and overseas, was a member of the guidelines drafting committee for the National Voluntary Guidelines for Responsible Business notified by the Ministry of Corporate Affairs, and was a part of a two-member panel that updated these guidelines. 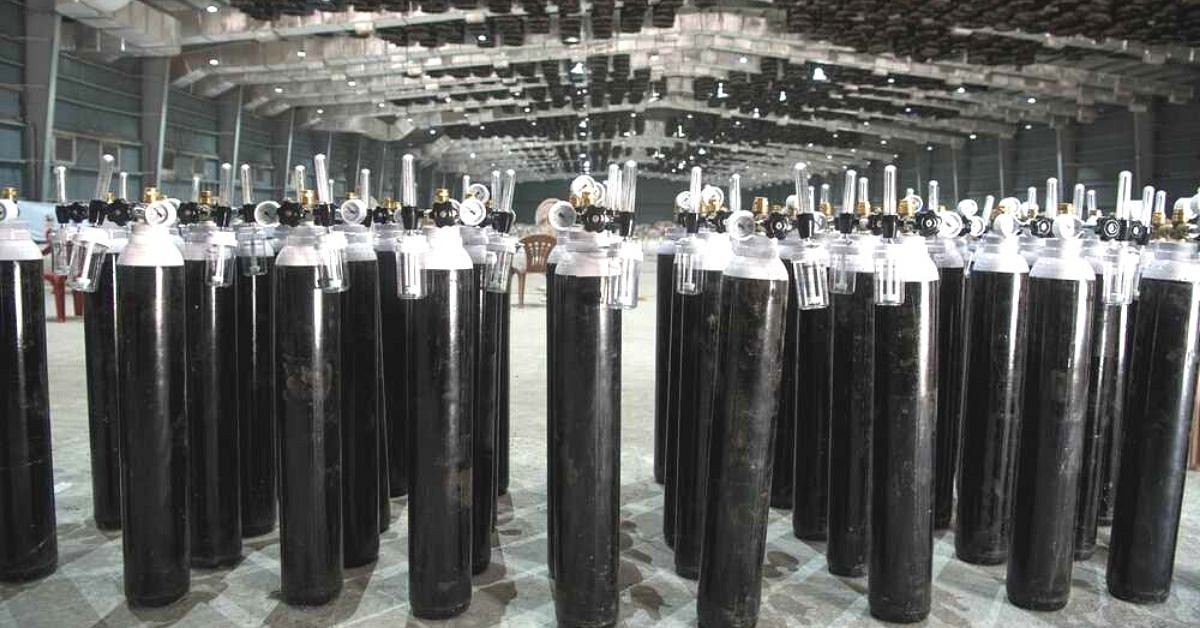 Philanthropy & CSR
Everyone is funding oxygen. This is a problem.
Media attention on COVID-19 deaths due to a lack of oxygen in big cities has skewed donor priorities. This is impacting relief efforts on the ground.
by Smarinita Shetty | 6 min read

Philanthropy & CSR
To fail is to have dared
Rohini Nilekani on how philanthropy can underwrite social sector failures in practice and what she has learnt from her own failures as an activist philanthropist.
by Tanaya Jagtiani, Rachita Vora, Smarinita Shetty | 6 min read