The practice of funding programs but scrimping on ‘overheads’ results in organizations being unable to deliver real impact. However a few donors are beginning to take off their blinders and fund these critical costs.

by The Bridgespan Group
3 min read

For years, nonprofits have campaigned for donors, governments, and corporations to change funding practices that undermine the development of strong, mission-driven organizations that can deliver results that matter. At issue is the widespread practice of funding programs but scrimping on nonprofits’ overhead costs. This practice leaves organizations starved for money to pay for essential expenses and infrastructure, and creates tensions—even dishonesty—between funders and grantees.

Fortunately, a handful of major funders and key intermediaries have begun to work with nonprofits to develop a more realistic form of grantmaking. The model they collectively support centers on an idea that we call ‘pay-what-it-takes’ philanthropy—a flexible approach grounded in real costs that would replace the rigid 15 percent cap on overhead reimbursement followed by most major funders.

As it turns out, that cap isn’t based on true costs. Indeed, among 20 nonprofits that The Bridgespan Group surveyed, indirect costs—those not directly linked to a program—actually comprised between 21 percent and 89 percent of direct costs. The money spent on indirect costs fell into four categories: administrative, network and field expenses, physical assets, and knowledge management. For all 20 nonprofits, the median indirect cost rate was 40 percent.

Indirect costs are not measures of either effectiveness or efficiency

To be clear, higher or lower is neither better nor worse. These figures are not measures of either effectiveness or efficiency. Rather, they reflect the mix of direct and indirect costs required to deliver impact.

This starvation syndrome is a structural problem worldwide. In the United States, for example, nearly 80 percent of grants are restricted to specific programs or services. In India, chronic underfunding of nonprofits due to the under-reimbursement of indirect costs is a significant problem. Many donors pay only 4–10 percent to cover indirect expenses.

That reimbursements fall short of covering nonprofits’ true costs came as no surprise. The real insight from our research came from clearly seeing that different types of nonprofit organizations have different cost structures.

An innovative biomedical sciences laboratory, for example, pays direct costs associated with researchers’ time and materials. However, the lab must make a significant indirect investments in large facilities and sophisticated equipment capable of performing at the strictest biosafety standards. The lab’s indirect costs add up to 89 percent of direct costs.

That cost structure is very different for a large international nonprofit where network management is the key capability. It takes a well-managed organization on global, regional, and local levels to translate funding from an international development agency into, for example, well-nourished children in India’s Bihar state. Total indirect costs for these nonprofits came to 41 percent.

In addition to paying true costs, a pay-what-it-takes policy also eliminates the need for ‘shadow budgeting’.

As the CEO of a girls’ mentoring program explained, “It’s very difficult to have honest conversations [about finances] with our city, county, and philanthropic funders. They don’t want to listen. So we have to have two budgets: one that has the real numbers, and another that shows the funder what they want to see. If you don’t give them what they want, they won’t give you any money.”

The consequences of underfunding and duplicity take another toll: Most of the social sector does not know what it really costs to achieve impact.

Funders are seeing the light

However, some funders are taking off their blinders. “At a minimum, we have committed ourselves to have a conversation with every grantee about what their indirect costs really are,” says Don Howard, president of the Irvine Foundation.

And at the William and Flora Hewlett Foundation, Daniel Stid, director of the Madison Initiative on good governance, has modified the initiative’s grant application form to provide grantees with links to resources to calculate their indirect costs when applying for project grants. “In our experience, the typical issue in grantee submissions is not that the overhead cost estimates are too high, but rather that they are too low,” says Stid.

A lot of hard work lies ahead before the paying-what-it-takes funding model can break the nonprofit starvation cycle. But it’s safe to say that real impact can never come from avoiding the facts at hand.

This article was written by Jeri Eckhart-Queenan, Michael Etzel, and Sridhar Prasad. Jeri Eckhart-Queenan is a partner in The Bridgespan Group’s Boston office, where she leads the Global Development Practice. She is the coauthor of ‘Stop Starving Scale: Unlocking the Potential of Global nonprofits,’ Bridgespan.org, April 2013. Michael Etzel is a Bridgespan partner in Boston and coauthor of ‘Time to Reboot Grantmaking,’ Stanford Social Innovation Review, June 27, 2017. Sridhar Prasad is a manager in Bridgespan’s Boston office.

Tags: NGO capacity building
We want IDR to be as much yours as it is ours. Tell us what you want to read.
writetous@idronline.org
ABOUT THE AUTHORS 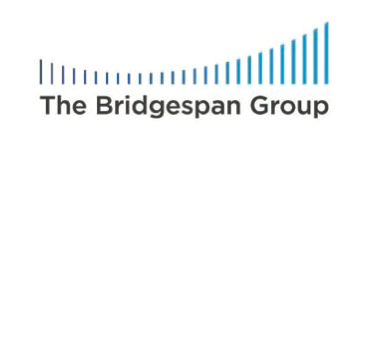 The Bridgespan Group is a global nonprofit organization that collaborates with mission-driven leaders, organizations, and philanthropists to break cycles of poverty and dramatically improve the quality of life for those in need.