The world’s largest project to formalise land rights of urban slum dwellers was started earlier this year in Odisha. Here's why it matters, and what we can learn from it.

Informal settlements—or ‘slums’—present significant demographic and economic value to India’s increasingly populated and concentrated urban centres. Accounting for nearly 17 percent of India’s 377 million urban dwellers, residents of these informal settlements contribute to more than 7.5 percent of the country’s GDP. In spite of this immense value, the ubiquitous threat of forced evictions due to missing or insufficient paperwork, and lack of necessities such as sanitation and clean water continue to undermine the rights of those that call these settlements their home.

Informal settlements hold considerable value, and a lot of it is unrealised. Formal property rights to their residents could help make this previously ‘occupied’ land an economically viable asset. Studies on slums in Bengaluru, for example, found that the average purchase value of a slum house is approximately INR 15 lakh. Given their informal status though, these properties can neither be sold easily, nor taxed by the government thereby leading to a loss in potential benefit.

Related article: When does a slum stop being a slum?

The formalisation of land rights

Under the Act, the government aims to provide approximately 2,00,000 households with formalised land rights to reduce insecurity, increase welfare, provide access to necessities, and improve the lives of millions of its citizens. Although the Odisha government’s initiative is path-building, bold, and ambitious, it has illustrated that there is much more to be done. The Odisha government’s land titling project is an opportunity to act as a catalyst for broader large-scale transformational impact. To do so, there is a clear and immediate need to build on these current efforts. However, transplanting such programmes to other Indian states would not be without its challenges and obstacles.

Unlike issues that enjoy universal support—such as education and health—the formalisation of land rights is considerably more politically sensitive.

Unlike issues that enjoy universal support—such as education and health—the formalisation of land rights is considerably more politically sensitive and onerous, particularly in regional contexts. As this is still largely unchartered territory, implementing any such programme will require expending political capital, and undertaking considerable administrative effort to navigate the challenges. Even at the national level, land rights have yet to feature prominently as an issue to be addressed nor do they hold a significant place at the Centre’s agenda. Thus, the impetus for such programmes must come from state governments, civil society nonprofits, and other relevant and responsible stakeholders.

The Odisha government’s formalisation of land rights can offer many learnings for states looking to improve the quality of life for their citizens residing in informal settlements. To this end, there is a need to answer three critical questions: the where, who, and how.

To determine where such projects could have the greatest potential for impact, it is important to consider the magnitude of the benefit generated. States and communities with the highest need such as those with high percentage of urban populations and greatest visibility such as those with approaching elections can offer substantial benefit and promise.

The question of need can be answered by determining the number of potential beneficiaries, or the number of households living in urban slums in a particular state. As benefit generated cannot be considered within a vacuum, the potential for other states adopting these practices through visibility must also be taken into account, particularly during the initial stages of adoption.

Such programmes must always be context-cognisant.

For example, if a programme is adopted by a state that is perceived to be an ‘exemplar’—i.e. a state whose policies and models are usually emulated by other states—it could create a domino effect that creates momentum in other states to adopt similar policies.

It is also worth noting that such programmes must always be context-cognisant. To this end, the nuances of the Odisha model may not be entirely relevant for other states and a need for context-specific and nuanced adaption of the programme may emerge.

Identifying the right stakeholders to engage and work with is critical to the successful adoption and implementation of such programmes. There are two stakeholders, however, whose buy-in is absolutely essential: the community served, and the influencers. 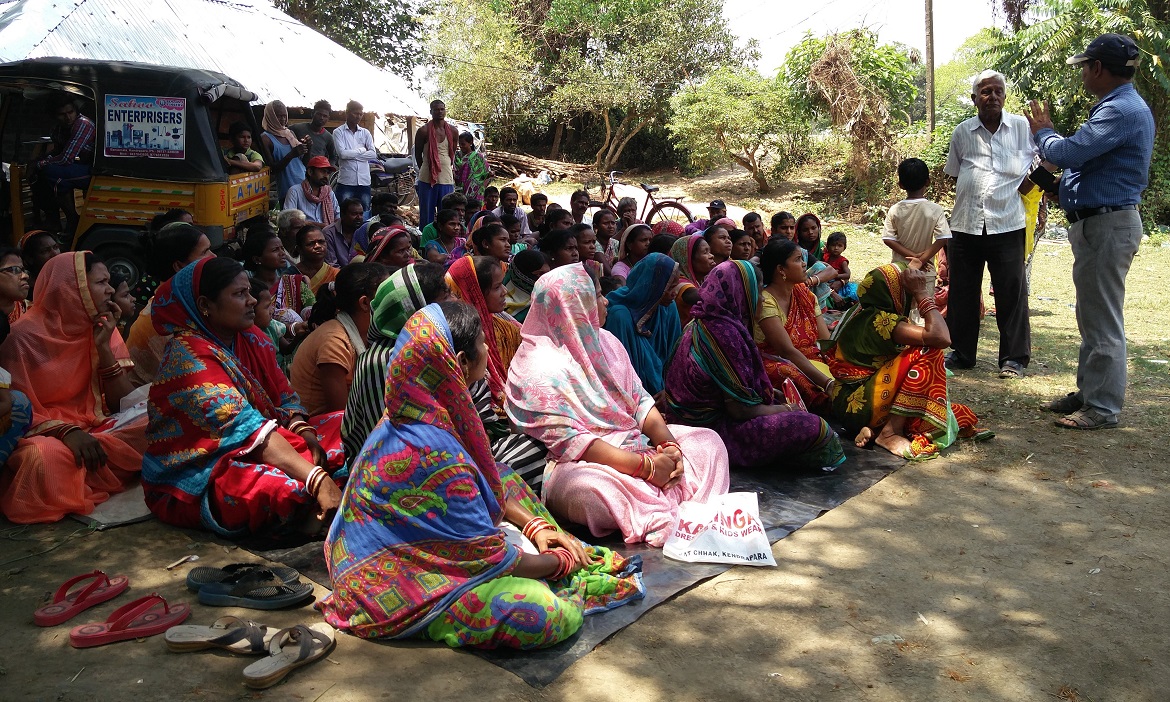 The needs and concerns of the community should be considered throughout the programme.

Considering the needs and concerns of the community throughout the programme—from inception to implementation and follow-up—is crucial to getting a realistic understanding of the issues and challenges they face. Consequently, having a thoughtful and sufficient understanding of these issues is critical to formulating a programme that adequately addresses them. Creating multiple touch points for repeat community engagement and feedback may prove beneficial in keeping communities engaged and motivated

In addition to ensuring continuous community engagement, identifying and working with legislative and administrative influencers, who are not only willing and able take up the issue, but also have the wherewithal to follow-through, is critical.

Undertaking a programme of such magnitude depends on support from the highest levels, and requires significant commitment and investment—elements that must primarily be found from within the state. While engaging with legislative influencers helps with the adoption of the Act itself, securing adequate buy-in from administrators is integral for its adequate implementation. Without administrative officials’ engagement and involvement, the programme’s effective implementation on the ground may suffer. One of the primary success factors in the Odisha story has been the push and support from the CM office, and the tremendous championship from the administrative officials.

Paramount, however, is that implementation is executed in a collaborative, and strategic way. The Odisha government’s collaborative approach, for example, engaged multiple stakeholders and partners, ranging from technical partners such as the Spatial Planning and Analysis Research Centre (SPARC), to nonprofits working on the ground with communities, and leveraged their relevant operational, thematic, and regional expertise. Doing so not only brings in a diversity of unique perspectives to the table, but also helps create multiple layers of accountability and management protocols that can be leveraged in the future.

The Odisha government has undoubtedly undertaken an ambitious programme with the potential to create immense benefit and value. It will not only improve the lives of numerous slum dwellers who currently don’t have access to even the most basic necessities, but also create numerous positive learnings for the government and the state’s economy. However, it is not sufficient to implement this programme in Odisha alone. The Centre and state governments must look at the learnings from Odisha’s formalisation of land rights not as an anomaly, but instead as a model that can and must be emulated.

Tags: land rights, Programme design
We want IDR to be as much yours as it is ours. Tell us what you want to read.
writetous@idronline.org 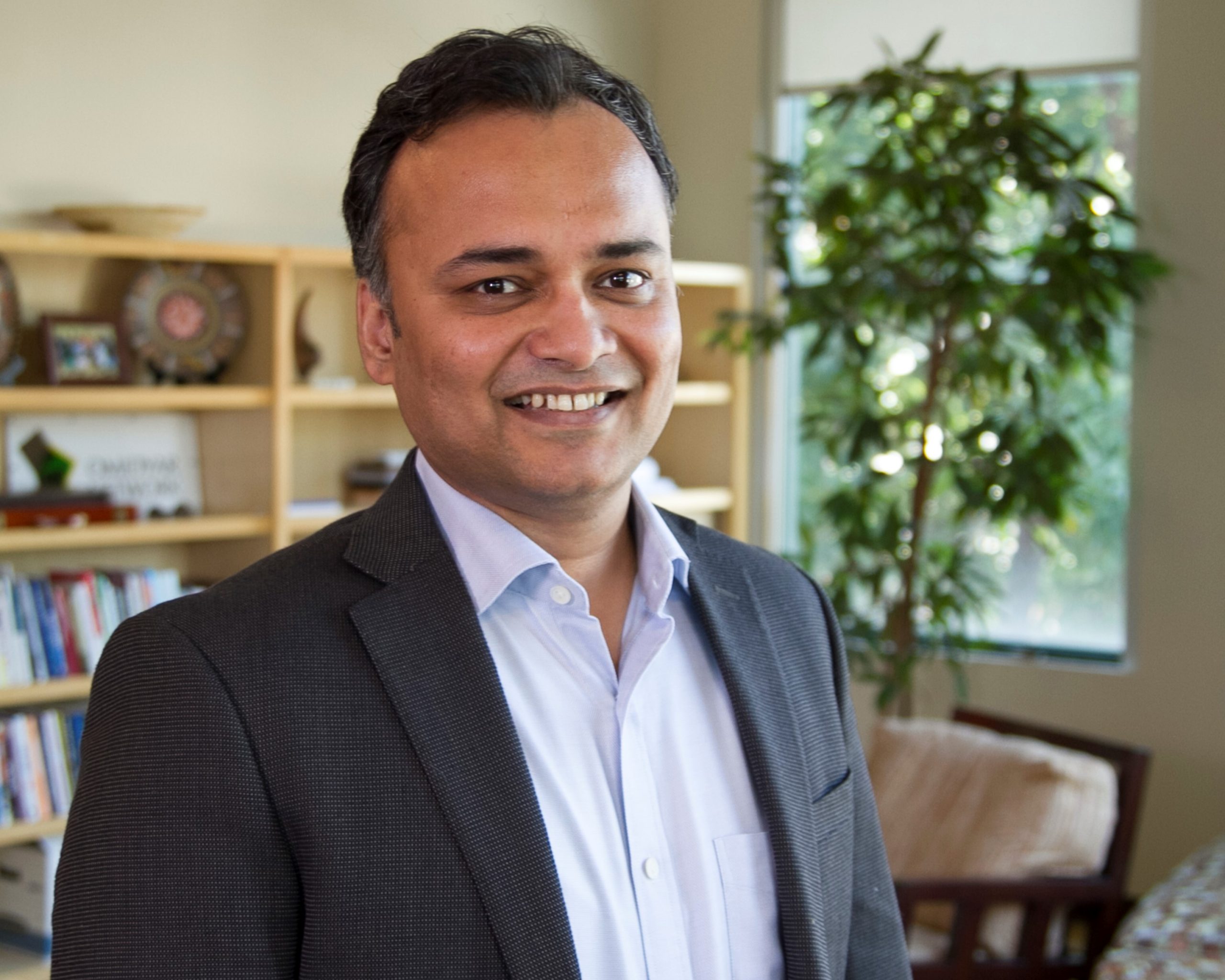 As a member of the Intellectual Capital team, Sushant helps to define Omidyar Network’s investment strategies and to develop the firm’s strategy, research, impact, and learning agendas, with a focus on India. Prior to joining Omidyar Network, Sushant was a principal at Accenture Strategy, where he led key initiatives across consumer goods and technology industries. Before Accenture, Sushant worked as a strategist with the GSM Association, Capgemini, and Evalueserve, driving thought leadership across policy, consumer technology, and digital media sectors. 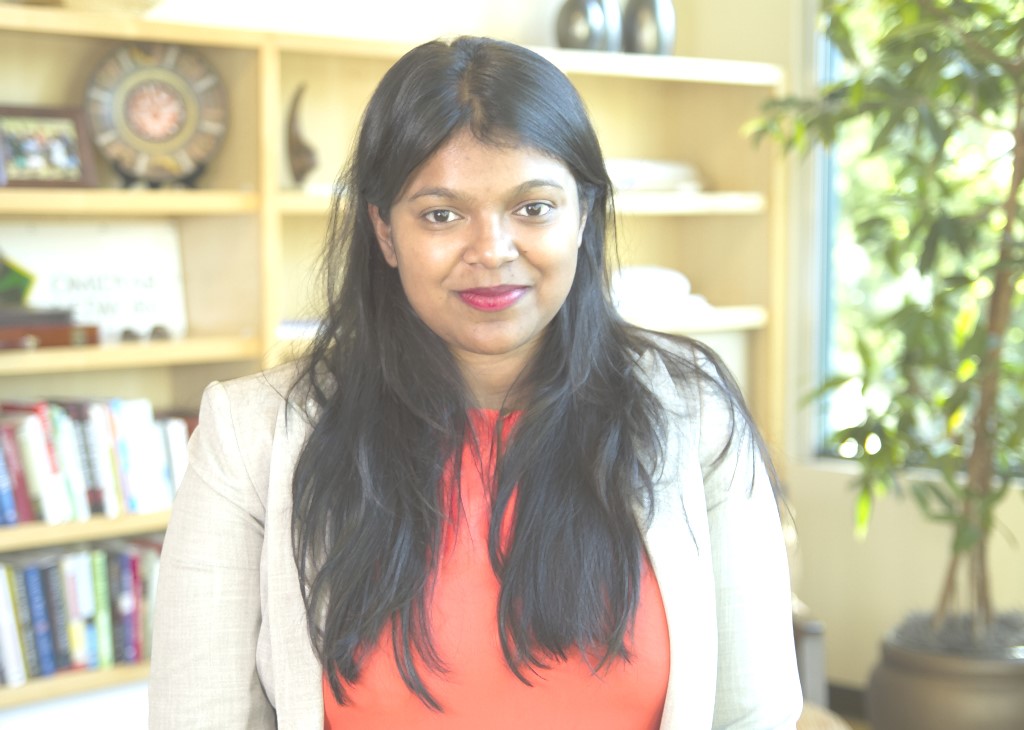 As an analyst based in Mumbai, Shalmoli sources and evaluates investments in India for Omidyar Network’s Property Rights initiative. Prior to joining the firm, Shalmoli was an associate consultant at Dalberg Global Development Advisors, where she supported projects, performed research, and analyzed data for a variety of clients including the Bill & Melinda Gates Foundation, USAID, and Omidyar Network spanning gender, financial inclusion, education, and property rights. Shalmoli graduated from Yale University, where she studied biomedical engineering and political science. 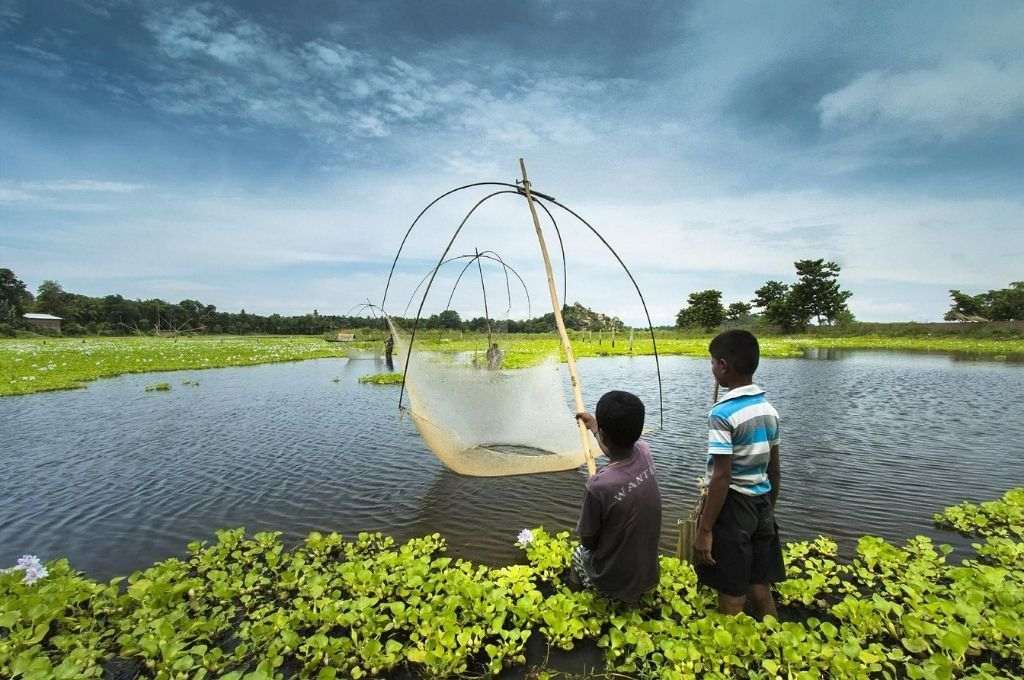 Rights
Five things to know about the POCSO Act
The POCSO Act was enacted to protect children from sexual offences. Here are key features of the act that you need to know, especially if you work with children.
by Parinaz Madan | 4 min read

Rights
Gaps in the government’s plan to help unorganised workers
Barriers to accessing the e-Shram portal must be addressed to ensure that workers in the unorganised sector can claim benefits.
by Harshita Sinha | 5 min read 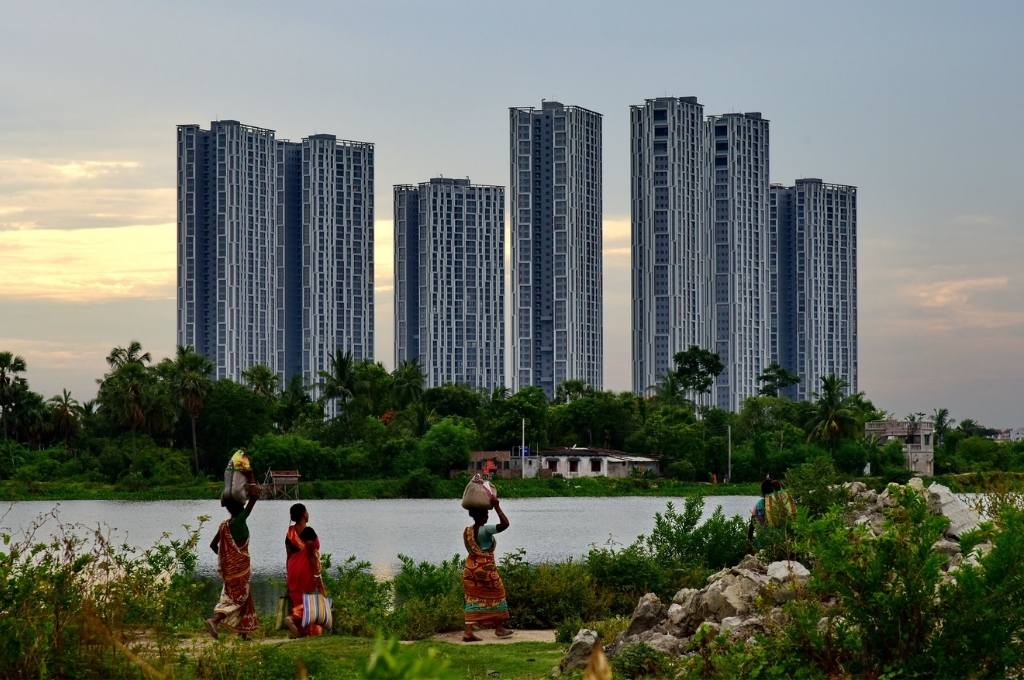