Ownership of land is seen as being necessary for one to be considered a 'farmer', but patriarchal norms oppose inheritance to women farmers, leaving them unable to access benefits and rights.

On July 24, the minister of agriculture and farmers’ welfare responded to this Lok Sabha question, “Whether there is a proposal to provide identity cards to women farmers, so that they can be recognised as cultivators in their own right; if so, the details thereof; and if not, the reasons therefor?”

In response, the minister stated that since 3.60 crore women have already been recognised as ‘cultivators’ under the 2011 Census, the government has no proposal to provide identity cards to women farmers.

The question posed to the minister alluded to the problems associated with lack of recognition, owing to lack of identification, for women farmers. The answer, however, scarcely dealt with the question and the contents of the response conveyed that the government has no plans to deal with the problem either.

As men increasingly migrate to urban areas in search of jobs, female members of the family are taking over the responsibility of working in the fields. Women already constitute about 65% of the total agricultural workforce in the country. Their contribution to the sector is undeniably crucial.

[quote]Women already constitute about 65% of the total agricultural workforce in the country.[/quote]The minister cited the recognition of 3.6 crore women as ‘cultivators’ in the response, indicating that recognition by the census ought to be enough to deal with the problem of lack of identity for women farmers. However, in truth, the census recognition barely matters. It is merely a count of women cultivators and does not provide them with the necessary identification which would enable them to access the rights that accrue to farmers.

The census calls anyone who operates a piece of agricultural land a ‘cultivator’. Operational land is land used by anyone for agricultural production – irrespective of whether the person using it owns it or not. Land is a state subject and state governments, on the other hand, consider only people with a land title as ‘farmers’. So, even though 3.6 crore women have been labelled ‘cultivators’, this does not mean they are considered farmers by the government.

Since over 87% women don’t own land, they are labelled ‘cultivators’, who operate agricultural land. They are not officially ‘farmers’ for the government. As a result, most women in agriculture cannot avail of government schemes meant for farmers. They cannot access institutional credit for farming or get subsidies. A 2017 report by Oxfam India showed that women’s agricultural productivity is greatly hindered by these restrictions.

The consequences of this exclusion are far-reaching. 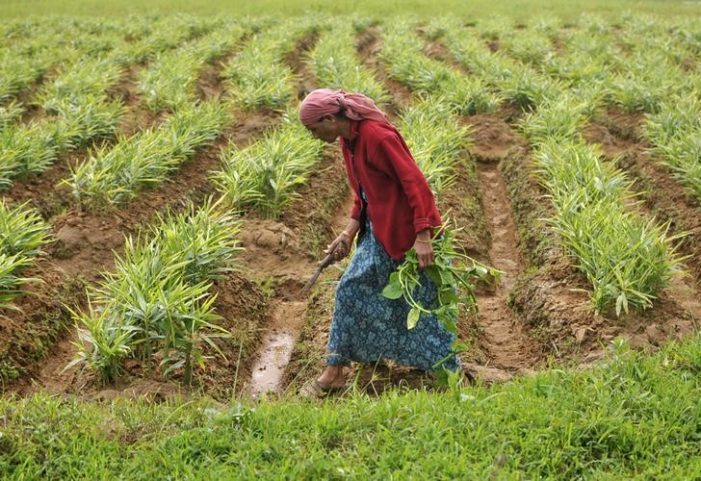 A farm labourer weeds a ginger field in Nagarally village in Karnataka | Photo courtesy: The Wire

In 2012, a year after the 2011 census, an NDTV report highlighted the neglect of women farmers who committed suicide. Y.S. Rajasekhara Reddy’s government in Andhra Pradesh had attempted to define who could be called a ‘farmer’ in the state – and what could be labelled a ‘genuine’ farmer suicide. A government order issued in 2004, called ‘GO 421’, recognised only those who owned agricultural land as ‘farmers’. Only families whose members committed suicide within this exclusive definition of ‘farmer’ would receive compensation. Women cultivators and labourers without land were not included. In 2011, the state recognised 90 farmer suicides in Andhra Pradesh. Surveys by media and other field organisations claimed the actual number was at least three or four times that number.

In October 2011, six districts in the state were surveyed and 95 farmer suicides were recorded in that month alone. The figure of 90 had excluded landless labourers and women – they committed suicide because of farm-related distress, but did not own land.

Sangishetty Yadaiah, a farmer based near Hyderabad, was told by his local revenue official that his wife’s suicide would not be eligible for compensation. “He accused us of claiming she was a farmer only to get compensation money. He even said ‘If you had died instead of her, then your family would have got the money’,” he told NDTV. He was told that compensation is only given when a male farmer commits suicide.

The concept of issuing cards to try and recognise women farmers is not new. The Women Farmers’ Entitlements Bill 2011 was introduced in the Rajya Sabha by agricultural scientist M.S. Swaminathan, known for his leading role in India’s green revolution. The second chapter of the Bill proposes the creation of a ‘Woman Farmer Certificate’. This certificate would be accepted as evidence for the status of a woman as a ‘farmer’. It would allow women to receive financial support for agricultural activities. It would entitle them to Kisan Credit Cards, which ensure quick access to institutional credit. These are mostly available to men because they require the cardholder to own land.

Swaminathan continues to believe that identity cards for women farmers are important. He told The Wire, “An identity card for women is useful for access to entitlements. The Kisan Credit Card for example requires land ownership title.”

Social worker Reema Nanavaty also believes that an identity card would help women access aid from the government for farming. She is the executive director of Self-Employed Women’s Association of India (SEWA), the largest organisation of informal workers in the world. When asked about the question posed in the Lok Sabha, she said, “With the feminisation of agriculture, as men migrate for work, the brunt of agricultural work is borne by women. While the 2011 Census report may identify women cultivators, it does not give them the label of ‘farmer’.”

The 2011 Census does not take up the matter of who owns agricultural land. It only discusses operated land, which is land being used for farming. It divides cultivators into two categories: main workers, who cultivate for at least half the year and marginal workers, who are agricultural labourers or non-farm workers most of the time. It does not specify land ownership or mention the label of ‘farmer’ at all.

‘Land rights for women should be recognised’

The issue of recognition of women farmers goes above and beyond the census. Ritu Dewan, Mumbai-based economist and president of the Indian Association of Women Studies, says the answer lies in equal access to land for women. “Land rights for women must be recognised in village land records, like the Saath Baara Utara (form 7/12) in Maharashtra. This form does not even have a column for gender.” These records are digitised. Editing them to acknowledge a woman’s equal share would automatically qualify her as a ‘farmer’ in the eyes of the government.

She disagrees with Swaminathan’s proposal and thinks issuing cards for recognition is futile. “We don’t need the Aadhaar or different kinds of cards. India has a national register to recognise these land rights,” she said.

Development economist Bina Agarwal, in her 1994 book A Field of One’s Own, says landlessness is the most significant factor upholding female subjugation in India. She discusses the importance of land ownership – a woman’s bargaining and decision-making power in the household increases when she owns land. This study spurred a female land rights’ movement, which has led to gender-sensitive legislation on land ownership. 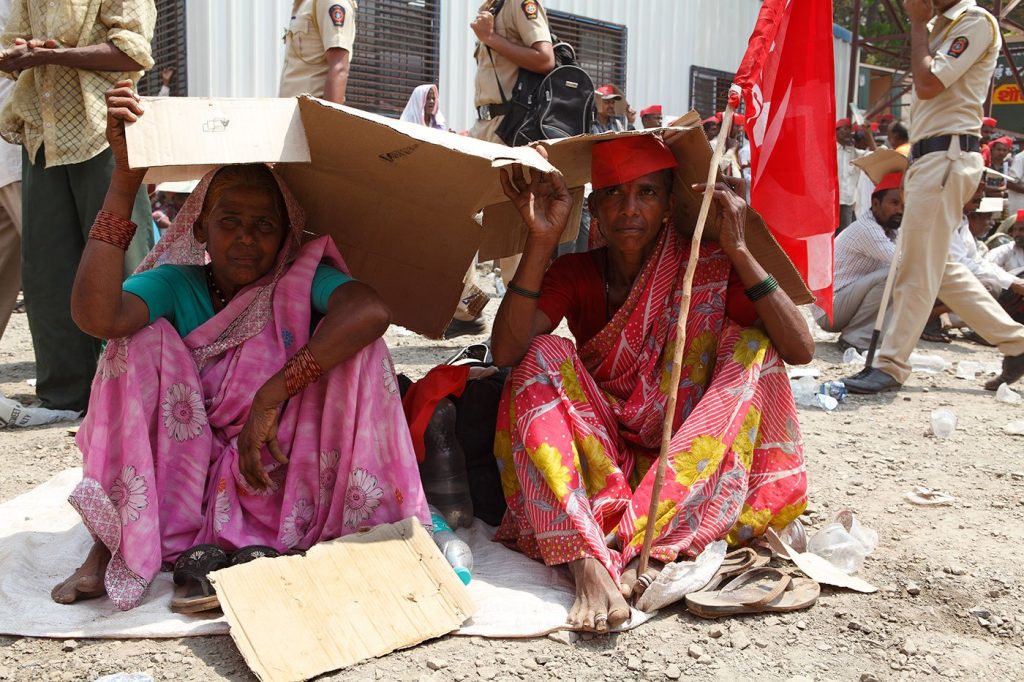 We can’t resolve the agrarian crisis if we do not engage with the rights and problems of women farmers | Photo courtesy: The Wire

The Indian government has made notable laws and policies for women to acquire land in their own name. Under the ninth five-year plan (1997-2002), land redistribution was prescribed – to take land from the traditional landowner and allot it to the actual tiller of the soil. About 40% of agricultural land would be redistributed in the name of women and the rest would be held as joint ownership between husband and wife.

[quote]There is a large gap between the legal and social recognition of a woman’s claim to land.[/quote]The tenth five-year plan (2002-07) recommended concessions to female property buyers when they registered. The aim of this was to incentivise women to purchase land in their name. To ensure women are not deprived of inherited land, the Hindu Succession Act was amended in 2005 to give daughters an equal right to inherited property. With the aim of promoting self-reliance, the Andhra Pradesh government launched a program to lease land to women’s self-help groups in 2009.

There is a large gap, however, between the legal and social recognition of a woman’s claim to land. Landesa’s research shows that progressive legislation has not helped women in rural areas get their equal share. Updating land records to include their access to land would contribute towards bridging this gap.

Cultural and traditional biases in patriarchal communities oppose women’s inheritance of land. In most parts of the country, the woman becomes a part of her husband’s family and her possessions pass on to them. Her brothers inherit her parents’ property. She is denied control of agricultural land and thereby denied government support for farming. Enabling women to claim and control land is key to their recognition as ‘farmers’.

The 2011 Census Report recognised a large number of women as ‘cultivators’ but not ‘farmers’. It does not guarantee them the rights which being recognised as farmers would, such as loans for cultivation, loan waivers, crop insurance, subsidies – or even compensation to their families in cases where they commit suicide.

One must own land to be considered a farmer in the eyes of the government. Public policy which recognises women and their land rights in agriculture – qualifying them to access aid – is crucial.

This article first appeared in The Wire. You can find it here.

Tags: farming, land rights, migration
We want IDR to be as much yours as it is ours. Tell us what you want to read.
writetous@idronline.org
ABOUT THE AUTHORS 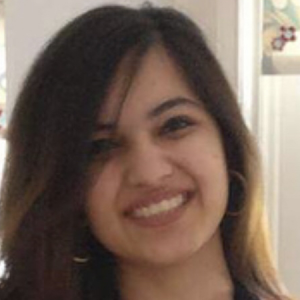 Bani is an intern at The Wire.