Succession planning in the social sector can be difficult, but it doesn’t have to be.

Succession planning in the social sector, or rather the lack of it, is increasingly being discussed in the development sector. In 2017, The Bridgespan Group, in partnership with Omidyar Network surveyed 250 leaders from the social sector in India to look into nonprofits’ efforts to strengthen internal leadership skills and build their leadership bench. Fifty percent of respondents, including founders and leaders of organisations, admitted that they do not have succession plans in place.

However, despite concerns about succession planning in the social sector, in our experience, little is being done to deal with the difficulties inherent in the process. Tasks such as formalising the succession process, developing in-house talent, and involving the board and external stakeholders all require considerable effort, funding, and funder participation.

As a wealth-advisory firm for family businesses, Waterfield (where I work) has been privy to many successful intergenerational and intragenerational transitions in businesses. In our experience, there are lessons and best practices from corporate India that can be tailored to support leadership transitions in the social sector.

In India, the rules and regulations governing corporate bodies are relatively standardised. Regulation in the corporate world permeates down to every aspect of business—including succession planning. For example, The Securities and Exchange Board of India (SEBI) has mandated that a company’s board must have a proper succession plan or policy in place. This is one of the most significant attempts to ensure that investors do not suffer due to sudden or unplanned gaps in leadership. The general objectives of a company’s succession policy include identifying and nominating suitable candidates for the board’s approval, identifying the competencies of key positions and developing those through planned efforts, and identifying key people in senior management roles who might be close to retiring or moving on.

In short, a succession policy ensures the stability and accountability of the organisation by preparing for an eventual permanent change in leadership. Thus, due in some part to regulatory pressures, most large corporate entities consider succession planning as part of the normal business continuity process.

In nonprofits, putting in place a strong succession policy and adaptable system becomes particularly important, as the founder’s exit can leave a massive leadership vacuum.

Unfortunately, for the social sector, there is no mandate that requires organisations to have such a policy in place. In our view, most nonprofits tend to operate more like smaller family businesses, rather than large corporate entities. Much like family businesses, nonprofit management tends to have a more top-down approach to governance, where the organisation’s founder holds much of the decision-making power (often due to resource constraints). In such organisations, putting in place a strong succession policy and adaptable system becomes particularly important, as the founder’s exit can leave a massive leadership vacuum. Thankfully, there are lessons we can draw upon from small family businesses that have managed to do this well.

All the key stakeholders play an important role in succession planning

The founder’s role in finding and grooming a successor is probably the most important aspect of succession planning. This is because nobody knows an organisation better than the person who built it from the ground up. Unfortunately, for a founder, succession planning means handing over the reins, and it is often the most difficult part of the entrepreneurship journey. One way in which the founder can make the transition easier, is by identifying next steps for themselves. Some may want to set up new organisations, others may want to work with the government on policy, while a smaller lot may even want to get into the for-profit space, or even just retire altogether. Often, the most successful corporate entrepreneurs are those who set up enterprises with the clear goal of building successful businesses and then moving to the next big project.

Ideally, the planning process for a handover should begin as soon as an organisation is up and running—succession planning needs to take into account the fact that the hand-over process might happen sooner than expected. Illness, injury, or a change in life goals are just some of the ‘unplanned’ events that make it necessary for succession planning to avoid being reserved as an ‘end’ project. Furthermore, by starting early, founders can avoid the hassle and cost that comes with a hurried, unplanned transition.

Another aspect to consider is building in-house talent. Successful second-generation business people usually understand every aspect of their business as they have had an opportunity to develop expertise by working at every level of the business. For nonprofits, this form of bottom-up growth can build layers of efficient management, as employees work their way up through the organisation. It can also help build a strong second line of leadership that is well-versed with the organisation’s operations, donor base, and the leader’s thought process. 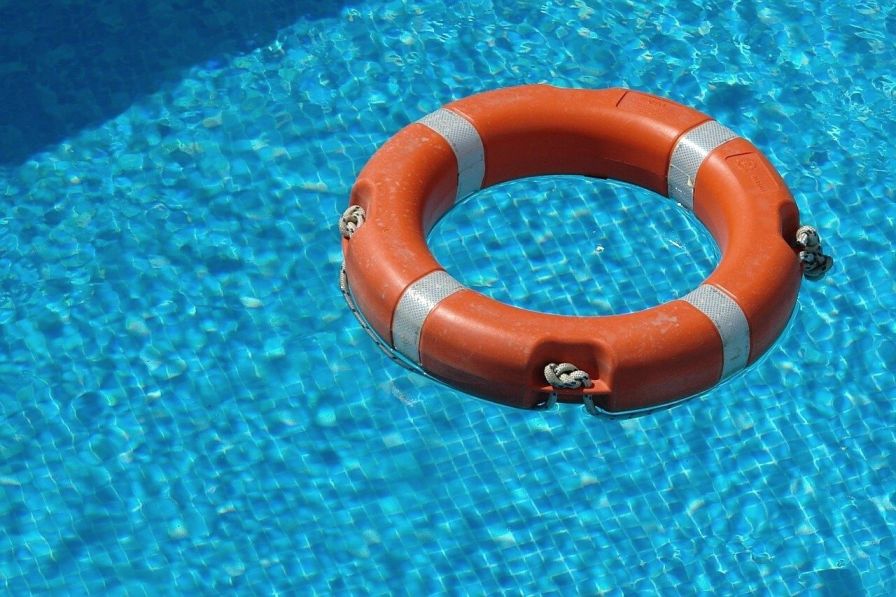 A succession policy ensures the stability and accountability of the organisation by preparing for an eventual permanent change in leadership. | Picture courtesy: Pixabay

PRADAN’s model of democratic leadership has been built around this idea that organisational sustainability requires every employee to have a sense of ownership. When the organisation was first set up by Vijay Mahajan and Deep Joshi in 1983, they put in a mandate that the executive director (ED) would be replaced every five years. The leader stepping down would then return to their previous role, if they desired to do so. Mr Mahajan served as the executive director of the organisation for five years, post which Mr Joshi took his place. After this, Mr Mahajan went for a year’s fellowship to Princeton University, and when he returned, he worked in the organisation for a year in various non-leadership roles. Over time, both founders moved on from PRADAN to start separate ventures. Every subsequent ED has been a long-time employee of the organisation and has worked their way up the ranks. PRADAN is now led by Mr Narendranath Damodaran (the 8th ED of the organisation) who has worked at all levels. Mr Damodaran, like the EDs before him, was voted into the leadership by PRADAN’s ‘general council’, which includes every single employee of PRADAN who has been there for more than five years. Based on the council’s decision, PRADAN’s board takes the final call. In this way, PRADAN has ensured that homegrown talent is constantly being developed, and every employee is involved in leadership development.

As the founder prepares to transition, the funder’s support is essential. Working together, funders and founders can not only identify the skills and characteristics required to efficiently run the organisation, but also determine the resources needed. Similarly, funders can also play a role in supporting the founder’s next steps, either through seed funding for new ventures or by leveraging their networks.

By funding salaries and employee training, funders can help retain quality staff, and also ensure that these employees grow within the organisation.

Funders also play a pivotal role in developing in-house talent, long before the start of the succession planning process. By funding salaries and employee training, funders can help retain quality staff, and also ensure that these employees grow within the organisation. Increasingly, corporate social responsibility (CSR) teams are also working with their companies’ talent acquisition teams to help their nonprofit partners develop tailor-made succession plans and find good talent. For example, the Great Eastern CSR Foundation, a consistent proponent of organisation development, has often provided a component of unrestricted funding to nonprofit partners, including volunteering the time and expertise of their own human resources (HR) and legal teams.

When Liz and Sunil Mehta, the founders of Muktangan (an education-focused nonprofit), reached retirement age, they recognised the importance of system strengthening in ensuring a smooth leadership transition. So, they approached their funders for support in the form of human resources guidance and administrative expertise, so they could build robust internal systems. Muktangan eventually went on to create a cadre of efficient leadership built on the back of efficient systems and processes—all through collaboration with their funders.

The board also needs to play a significant role in developing leadership and ensuring succession planning. A number of family businesses have diversified their boards to include numerous independent directors who are neither part of the family nor too close to it. These directors are increasingly being elevated to active stewards of CEO and C-suite succession management, involved in all aspects of the process. One of India’s majority promoter-owned Fast Moving Consumer Goods (FMCG) companies has a board comprised primarily of independent directors. It also has a clear charter outlining the board’s role, which also includes succession planning. Board members informally mentor the CEO and certain management team members, drawing on their own expertise. The success of this model was evident when the founder of the company decided to step down and worked closely with the board to hire the right external talent to replace him.

In a similar manner, nonprofits also must include their boards in the succession planning process. As a first step, the succession policy needs to clearly outline the board’s role, which includes assessing potential talent, mitigating risk, and ensuring that the current leadership sticks to the policy.

For any organisation, be it a business or a nonprofit, the exit of key personnel creates considerable upheaval. To smoothen the transition, once the founder has finalised their decision to move and communicated this to the board, the news should be shared with every employee—ideally much before the transition period begins.

It is vital that the founder informs all key stakeholders—including well-wishers, potential funders, and relevant government agencies—as soon as a suitable replacement has been confirmed. This is an important aspect of maintaining relationships and serves to reinforce the organisation’s professionalism and ability to evolve in the face of change. A well-worded communication piece from the founder goes a long way in explaining the rationale behind the move and the capabilities of the next in line.

Recently, one of India’s leading philanthropic foundations underwent a leadership change. The founder was elevating her second-in-command to an overarching leadership role. This transition was communicated to all stakeholders through a succinct email that outlined the new leader’s capabilities and achievements. It served to not only introduce the new leader to the foundation’s network but also reinforce stakeholders’ faith in the capabilities of the organisation and its leadership team.

The above examples serve as reminders that succession planning in the sector need not be ‘the big, bad problem’ it is often considered to be. However, for any succession plan to result in an effective transition and organisational growth, there needs to be active participation of funders, not just as providers of capital, but also as advisors and true partners.

Tags: leadership, leadership change, Leadership Development, nonprofit
We want IDR to be as much yours as it is ours. Tell us what you want to read.
writetous@idronline.org
ABOUT THE AUTHORS 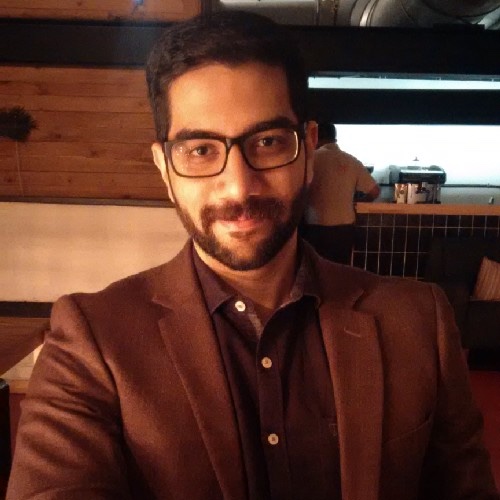 Prabhir Correa manages the philanthropy and impact investing advisory vertical at Waterfield Advisors. Prior to this, Prabhir was part of the founding team that set up the Great Eastern CSR Foundation where he developed and managed the foundation’s various CSR projects. Having started his career at the Centre for Environmental Research and Education, his experience spans the nonprofit and CSR spectrum. Prabhir has an MSc in environmental science from the University of Auckland and a BSc in biodiversity management from Unitec, New Zealand.