The challenge for civil society

"The strength of civil society institutions needs to be built up as a balancing force between the state and market institutions... Let us not be supplicants for leftovers from the government or corporate tables."

The public arena can be conceptualised as a triangle whose three vertices are civil society, the market, and the state. Civil society began with primordial social groupings such as the family, the clan, the tribe, and as humans engaged in settled agriculture—the polis or the nagari.

Instead of underlining their for-purpose nature, civil society institutions were denigrated as nonprofit or non-government organisations.

If the 21st century has to avoid the folly of the reassertion of the state in response to the excesses of the market, the strength of the CSIs needs to be built up as a balancing force between the state and market institutions. This is the single most important reason for CSIs to exist and play a robust role.

1. Civil Society Institutions are essential for ‘restoring sanity’ to state and market institutions, whenever either of them crosses a line. They influence political change and the enactment of pro-consumer or pro-user and pro-environment laws to control market players. CSIs are practice fields for democracy—they have been at the forefront of struggle in the freedom movement, as well as in constructive work and social reform. It is only because of CSIs that India has transformed itself from a feudal society.

2. CSIs are early warning mechanisms, which are able to detect and amplify perturbations on the ground, among the people, and alert society, the state, and the market to take corrective action. They thus play an important stabilising role in the polity and economy.

3. CSIs are the biodiversity reserves for preserving a vast variety of ideas and beliefs. They are incubators for innovative approaches to resolve problems which neither the state nor the market have been able to crack—such as guarding civil liberties, or the lack of basic services to the majority. They can promote innovation which decentralises power or reduces profits while increasing welfare. This will never be done by state or market institutions. 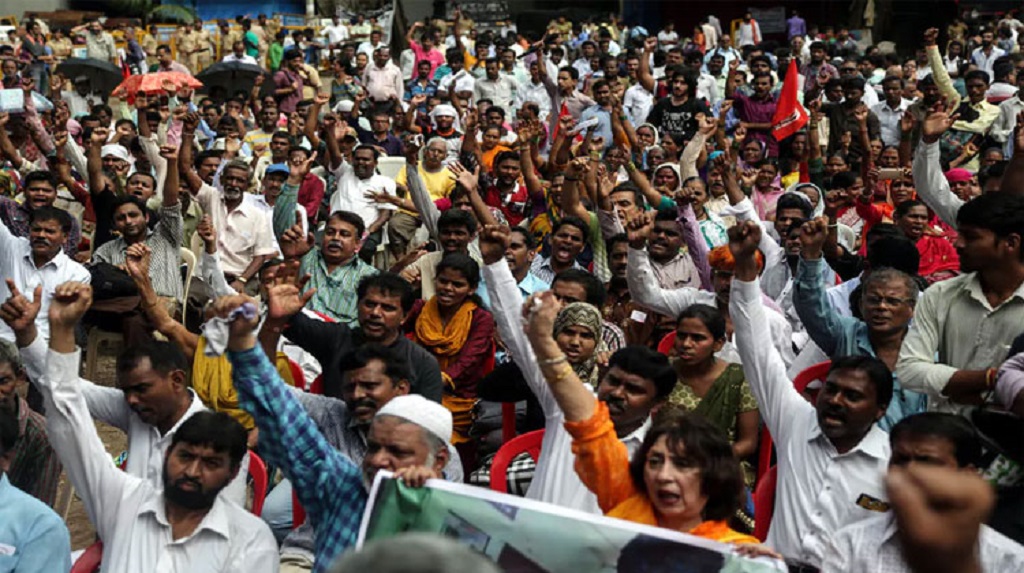 CSIs are practice fields for democracy—they have been at the forefront of struggle in the freedom movement and social reform | Photo courtesy: Wikimedia Commons

The process of influencing both state and market institutions, to retain and sharpen focus on the issues of the socially disadvantaged, and on the environment, would require CSIs to be more effective. But CSIs have their own problems too.

Discussions about CSIs in India in recent times are focused on issues such as an increasingly oppressive state that has been arresting activists, raiding CSIs, and curbing sources of foreign funding while imposing onerous reporting and operating conditions; the rise of the right wing which questions the very legitimacy of the CSIs, just as the left was doing in an earlier generation; and the increasing marginalisation of civil society with respect to all three spheres of our lives—political, economic and social.

Many CSIs are seen as corrupt, and personal fiefdoms of charismatic founders.

A large number of CSIs are seen as ‘self-appointed do-gooders’, not accountable to any constituency other than their donors. Many CSIs are seen as corrupt, or at least venal, and as personal fiefdoms of charismatic founders who continue in leadership positions long after their passion for the cause has died. Jobs in CSIs are seen as employment of last resort, to be abandoned for a position in a company or a government agency as soon as an opportunity arises.

For CSIs to counter all these criticisms, they need to take a number of decisive steps. Some of these include:

This is a very ambitious list and it will take long for market institutions to concede this space to CSIs. But the best of them will see that it strengthens their long-term prospects substantively. Many large corporations which changed their attitude towards environmental activists and began a dialogue with them, found that moving to cleaner methods of production was actually more profitable in the long run.

The task of civil society is cut out. Let us not be supplicants for leftovers from the government or corporate tables, but instead, hold a preetibhoj with the people and invite the state and the market representatives to attend on our terms.

This is an edited excerpt from an article that was published in Seminar 713, January 2019. You can find the original here.

Tags: civil society, democracy, indian ngos
We want IDR to be as much yours as it is ours. Tell us what you want to read.
writetous@idronline.org
ABOUT THE AUTHORS