Looking at social action in India from 1947 onwards, and given where we are today, here's why we need civil society as a balancing force between the state and markets.

Based on Vijay Mahajan’s essay ‘A Retrospective Overview of Social Action in India: 1817-2017’, this three minute video gives you a brief history of social action in India. Watch it here, or scroll down for the slideshow.

Social action is an aggregation of efforts by various individuals to address what they see as the social problems of their times. Thus, before we think about the future of social action in India for the next 30 years, we need to think more fundamentally about our role as individuals in society.

Unfortunately, the overwhelming concerns for survival and securing livelihoods, and the growing influence of market institutions have converted most relationships between individuals into mere transactions. We have reduced ourselves to producers and consumers, sellers and buyers. The interactional aspect of relationships has taken a back seat.

Today, a citizen is nothing more than the relationship they hold with the state.

On the other hand, the rise of the state—including its encroachment on essentially social sectors such as health and education in the name of welfare—has reduced the definition of the word ‘citizen’. Today, a citizen is nothing more than the relationship they hold with the state. In a recent speech, Rajesh Tandon, founder of Participatory Research in Asia (PRIA), argued that we need to broaden the concept of citizenship from being a vertical relationship between the individual and the state, to numerous horizontal relationships among individuals.

The third level at which people relate is one that encompasses the natural world or environment, as well as the spiritual—the need to find meaning and purpose in our daily lives.

Therefore, an individual who is not only engaged in transactions and interactions, but has humane relationships with others, cares for nature, and cultivates their spiritual side is more evolved than the mere producer-consumer archetype.

The central challenge of the 21st century then, is to build robust eco-social action-oriented institutions that can nurture such individuals across income, caste, and class levels.

These eco-social instituions (ESIs) are therefore civil society organisations of the future; they focus on changing environmental and social norms—critical for the future of the planet.

The role of eco-social institutions

There are at least six reasons to build robust eco-social institutions.

Eco-social institutions therefore have a huge responsibility to work at the normative level, that is, establishing principles of what is widely accepted as desirable for the long term good of individuals in a society. This is partly because governments have ripped the normative fabric of society in the name of social good. 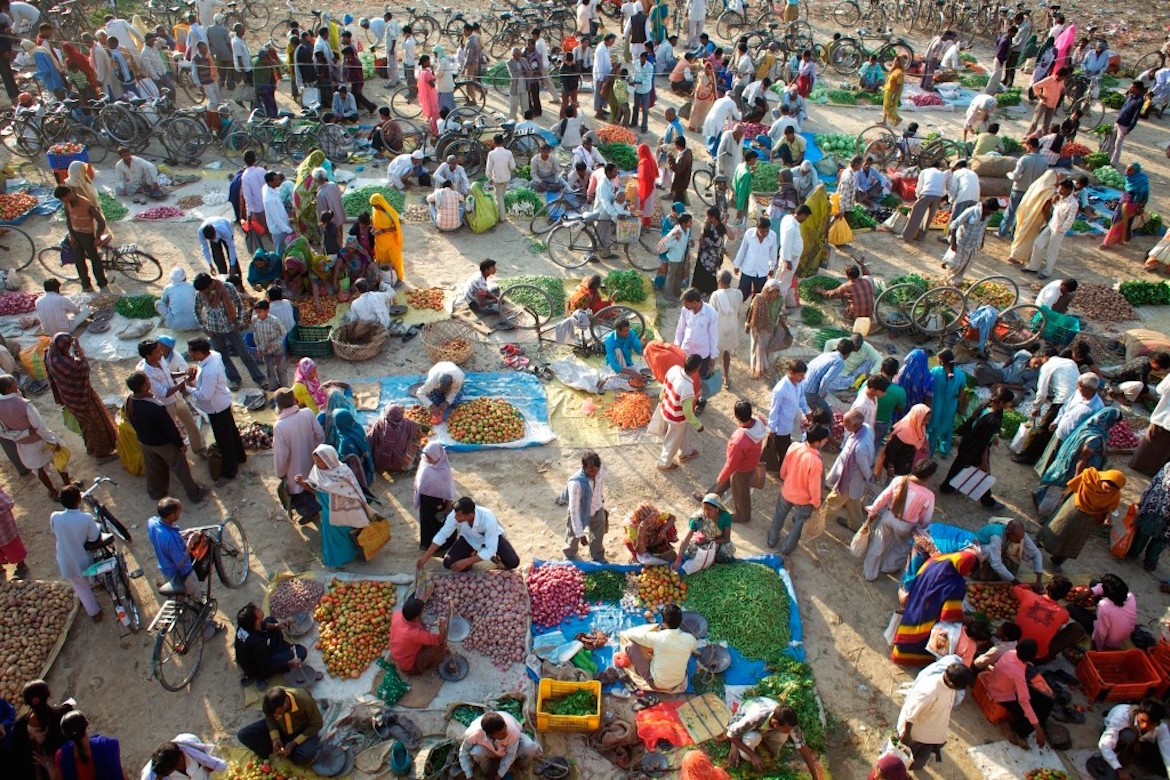 The growing influence of market institutions has converted most relationships between individuals into mere transactions | Photo courtesy: Oxfam India

We need a normative vision that will ensure liberty of life and basic freedoms.

We need a normative vision that will ensure liberty of life and basic freedoms—of expression, belief, occupation and association, a safe and clean habitat, with a minimum level of health, education, economic opportunity, political representation, and cultural self-expression for all.

In order to provide primacy to ESIs, several constitutional and legal amendments are required. These would:

Business has acquired enormous power to mould and control our lives; it is necessary that businesses and market institutions are influenced by eco-social thinking. To ensure this,

The time has come for individuals to evolve from being passive participants in market institutions—producers and consumers, or passive recipients of state entitlements and welfare services.

To go beyond the control of market and state institutions, individuals imbued with a deep ecological and spiritual consciousness need to come together and form a new generation of eco-social institutions. Inspiration, leadership, legitimacy and resources are crucial for making ESIs more effective. Each of these can be and will have to be developed systematically to make such institutions more responsive, participatory, efficient, accountable and transparent.

Tags: civil society, social change
We want IDR to be as much yours as it is ours. Tell us what you want to read.
[email protected]
ABOUT THE AUTHORS 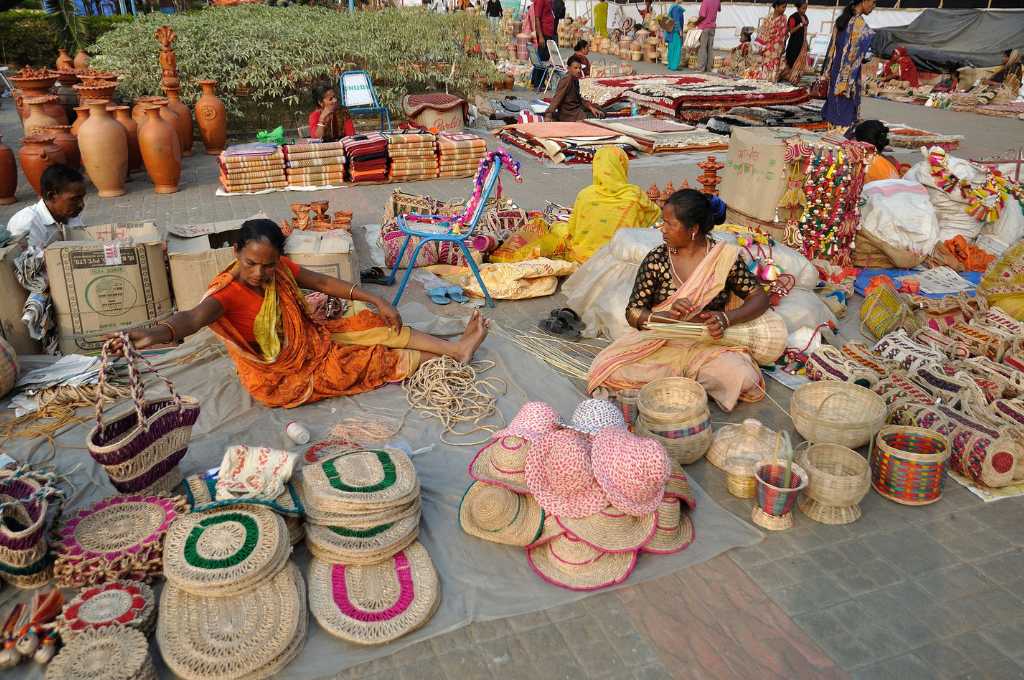 Ecosystem Development
Indian artisans are still missing from e-commerce platforms
High logistical costs and a lack of digital know-how are some factors keeping Indian artisans out of e-commerce. How can the recently launched Open Network for Digital Commerce change this?
by Abhishek Modi, Parul Gupta | 5 min read 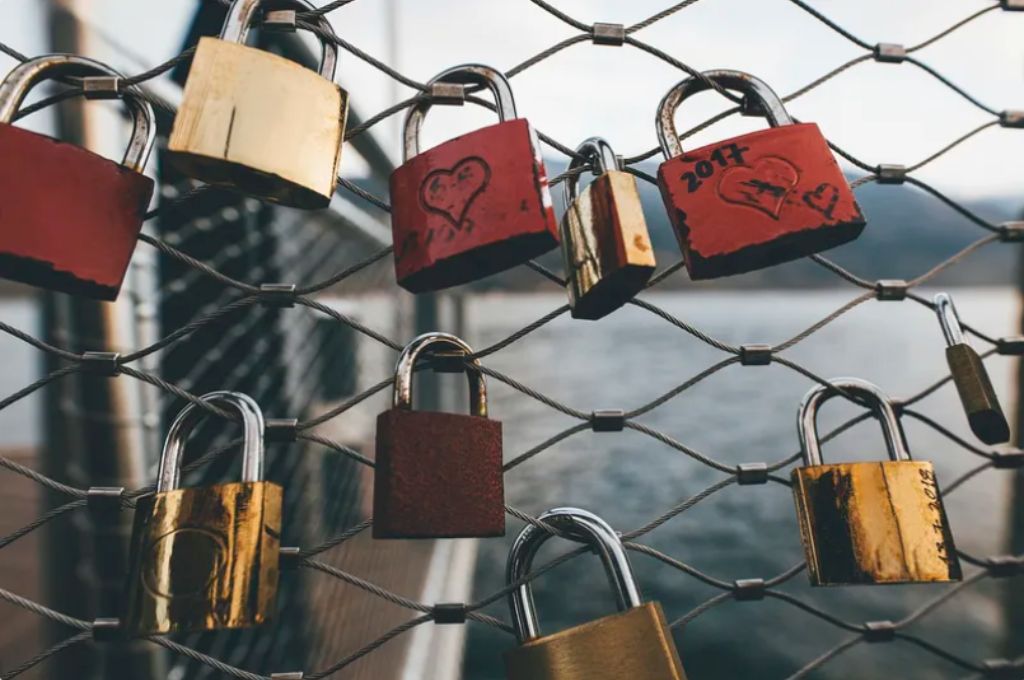