The state of justice in India

An inability to deliver justice or maintain the rule of law is estimated to have cost India an equivalent of nine percent of its GDP.

A new report paints a grim picture of the state of India’s justice system. Called the India Justice Report 2019, it ranks states by their performance in four aspects: police, the state judiciary, prisons and legal aid.

The report is an initiative of Tata Trusts, a philanthropic organisation, undertaken in partnership with several civil society organisations and think tanks. These include the Centre for Social Justice, Common Cause, Commonwealth Human Rights Initiative, DAKSH, TISS-Prayas, and the Vidhi Centre for Legal Policy.

The researchers have used data from various government sources to assess each state’s performance against benchmarks laid down in law or policy pronouncements. For instance, most states have committed to making women at least 33 percent of their police force. Yet, the average share of women in the police is seven percent.

The data paints a grim picture of justice being inaccessible to most.

The states were ranked on a justice index, calculated from 78 indicators measuring their performance on infrastructure, human resources, diversity, budgets, workload, and improvement over time.

Based on this exercise, the report notes that, “Sadly, taken collectively the data paints a grim picture of justice being inaccessible to most.”

An inability to deliver justice or maintain the rule of law has led to an increase in violence that has exacted a cost equivalent to nine percent of India’s GDP, according to one estimate. 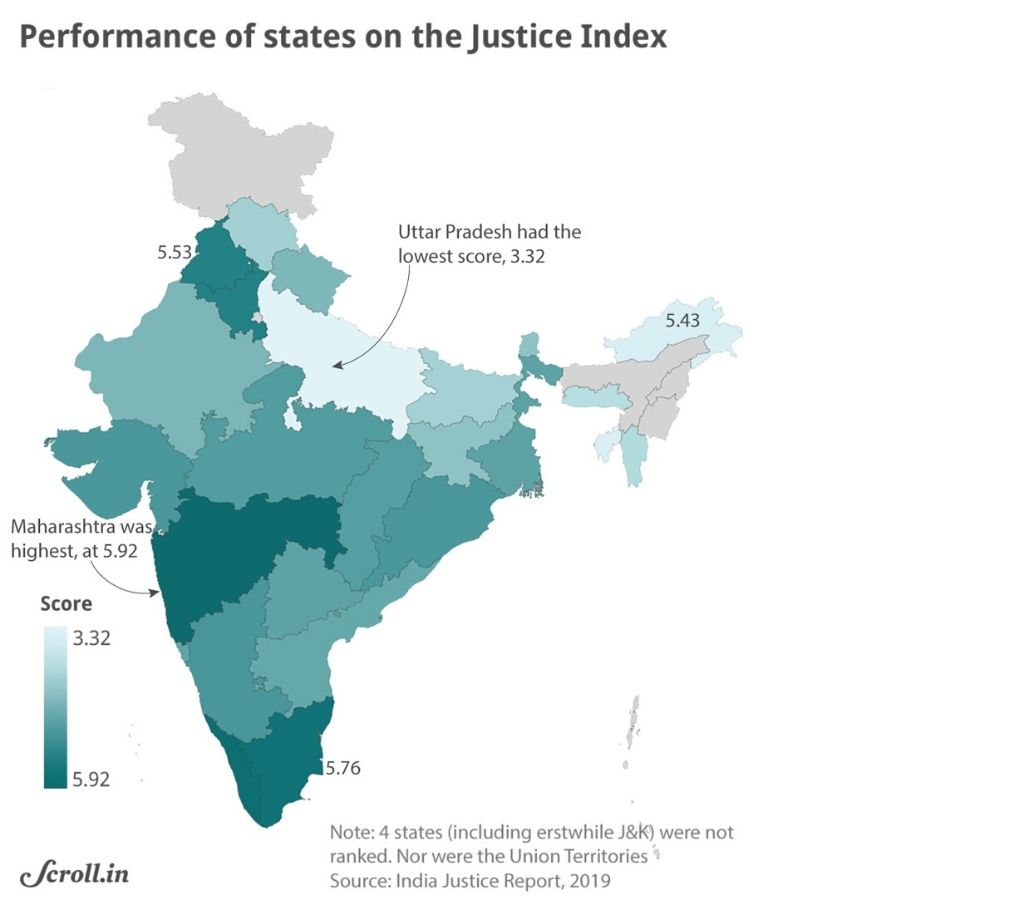 Here are five statistics from the report, that highlight the current grim state of affairs:

Madhya Pradesh will have 33 percent women police after 294 years

The number of women in police in India is abysmally low at seven percent. The report projects that the target of 33 percent women’s representation in the police force will be achieved in 14 years in Maharashtra, 294 years in MP, and 3,535 years in erstwhile J&K. 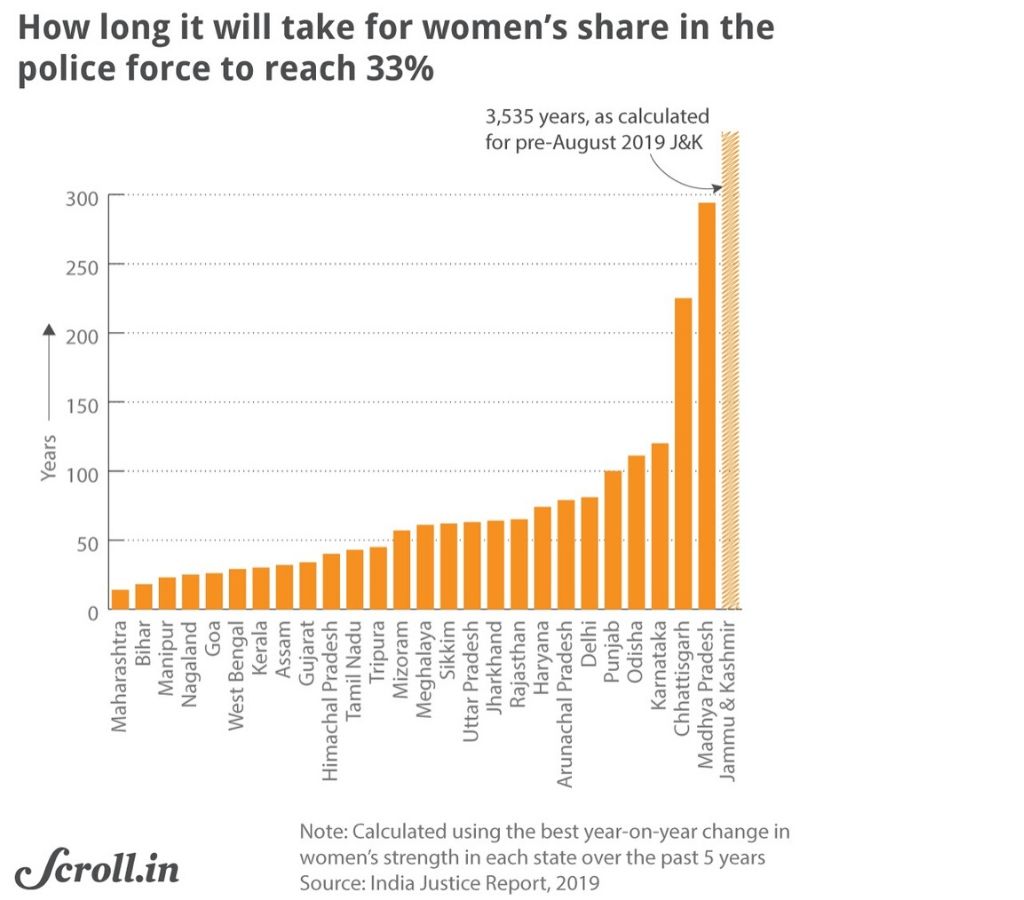 Chhattisgarh prisons are at 190 percent capacity

On any given day, India has about 4 lakh people in prison, and prison infrastructure is frequently unable to handle this number.

In Chhattisgarh, prison occupancy is at 190 percent, followed by Delhi at 180 percent. The nationwide average is 114 percent, although some states like Nagaland and Goa have occupancy rates as low as 28 percent and 37 percent. 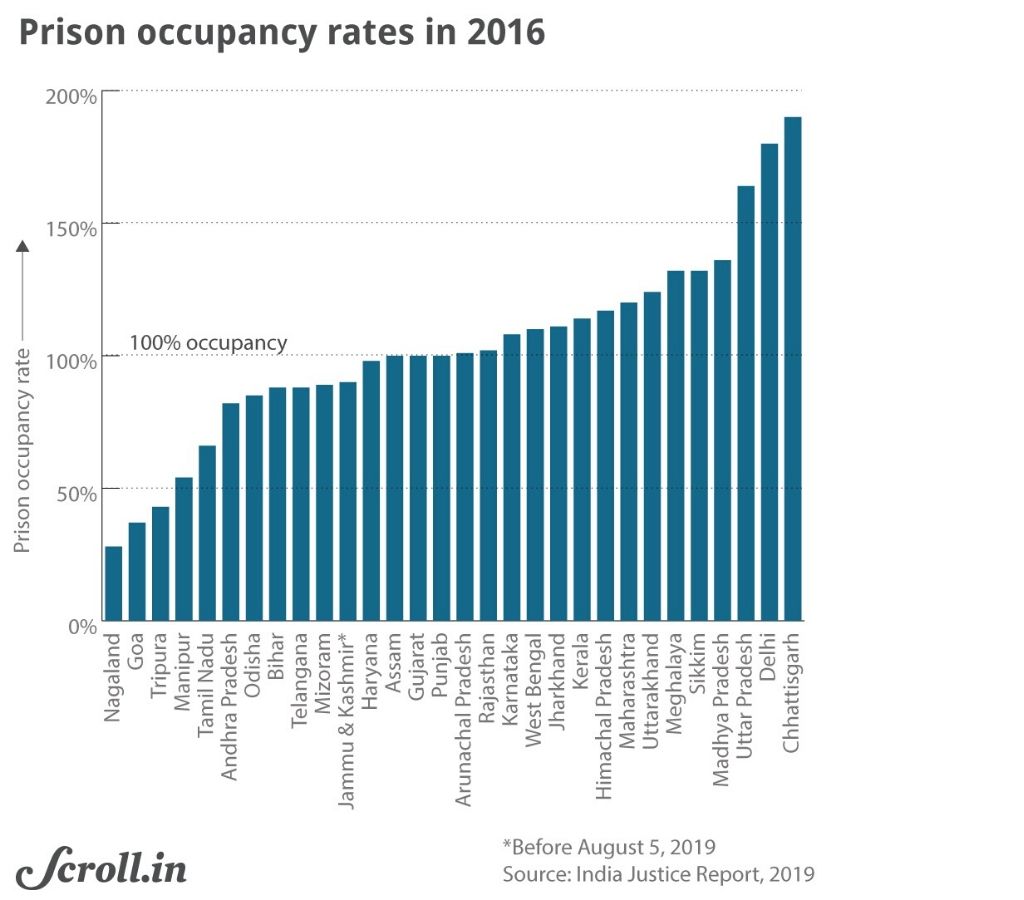 “Much of the overcrowding is accounted for by the presence of ‘undertrials’—people in custody awaiting ‘investigation, inquiry or trial’. For every convict India has two undertrials in its jails,” points out the report.

In 33 of the 36 states and union territories, over 50 percent of prisoners were undertrials. In 2016, Uttar Pradesh had more than 68,000 undertrial prison inmates. The number of undertrial prisoners rose by 22 percent between 2010 and 2016, and their periods of detention have also been increasing. 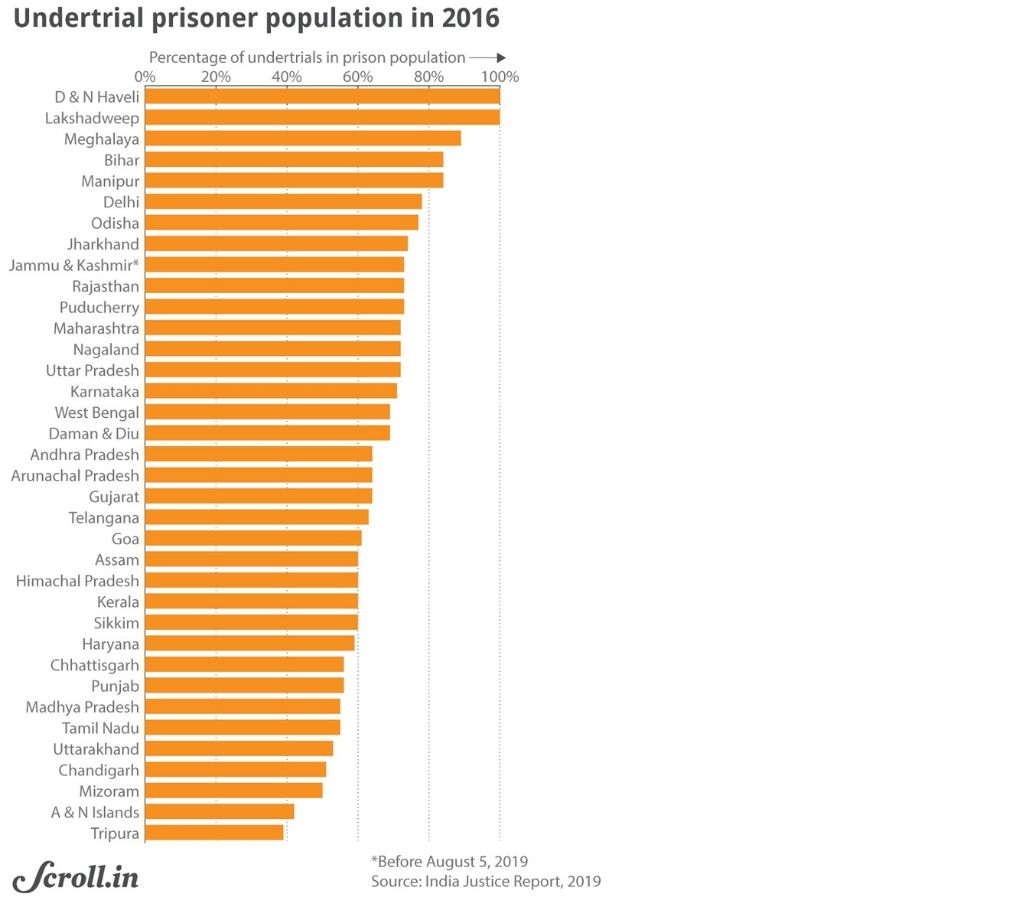 Related article: Corporates should support the rule of law

It takes an average of 9.5 years to process a case in a subordinate court in Gujarat

One reason for the increase in the number of undertrials and their longer detentions is the pendency of courses. In subordinate courts across states, it takes an average duration of 2.7 to 9.5 years for a case to be heard.

Some of this is because there are simply too few judges. Not a single high court or lower court had its full sanctioned strength of judges, and vacancies have been on the rise.

There are many other reasons for this high pendency including the types of cases, the rates at which they are filed, and the paucity of judicial staff. 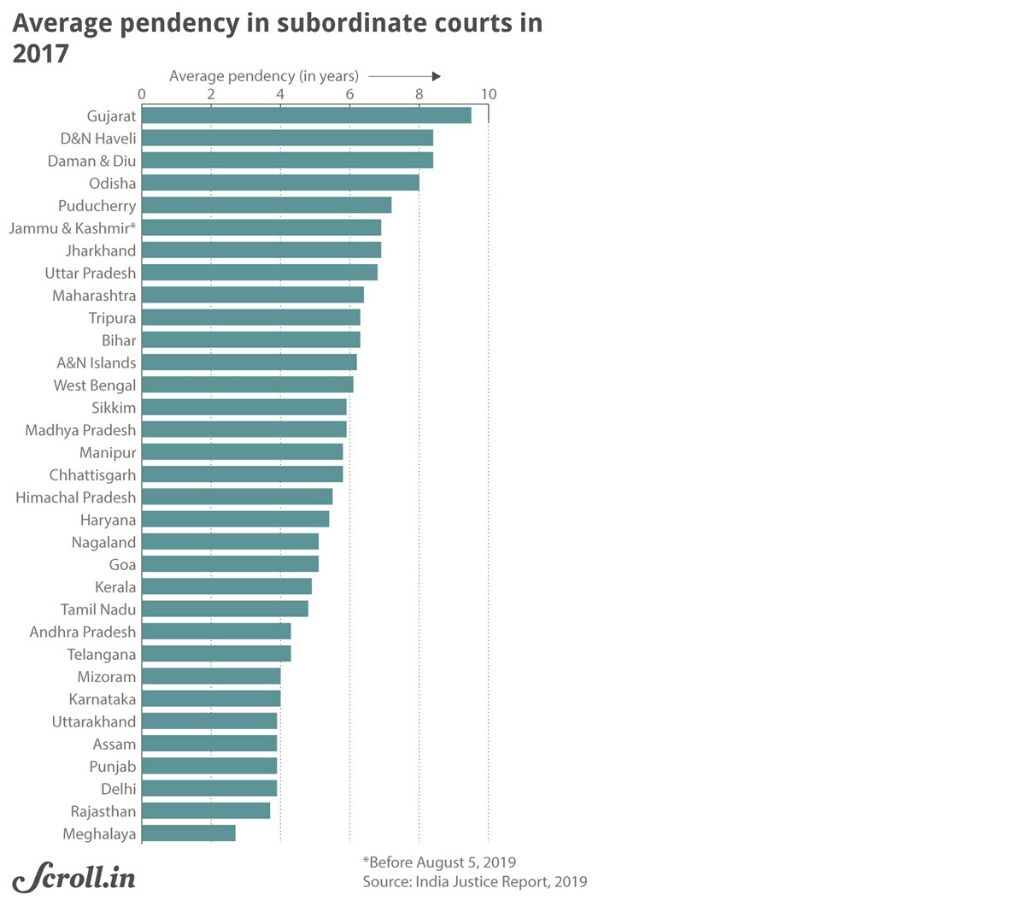 One legal services clinic attends to 1,603 villages in Uttar Pradesh

Nearly one billion Indians are eligible for free legal aid. An important method of delivering these free legal services is the legal services clinic. The National Legal Services Authority (Legal Services Clinics) Regulations, 2011, require that such clinics be established in areas where people face “geographical, social and other barriers” to finding legal assistance. 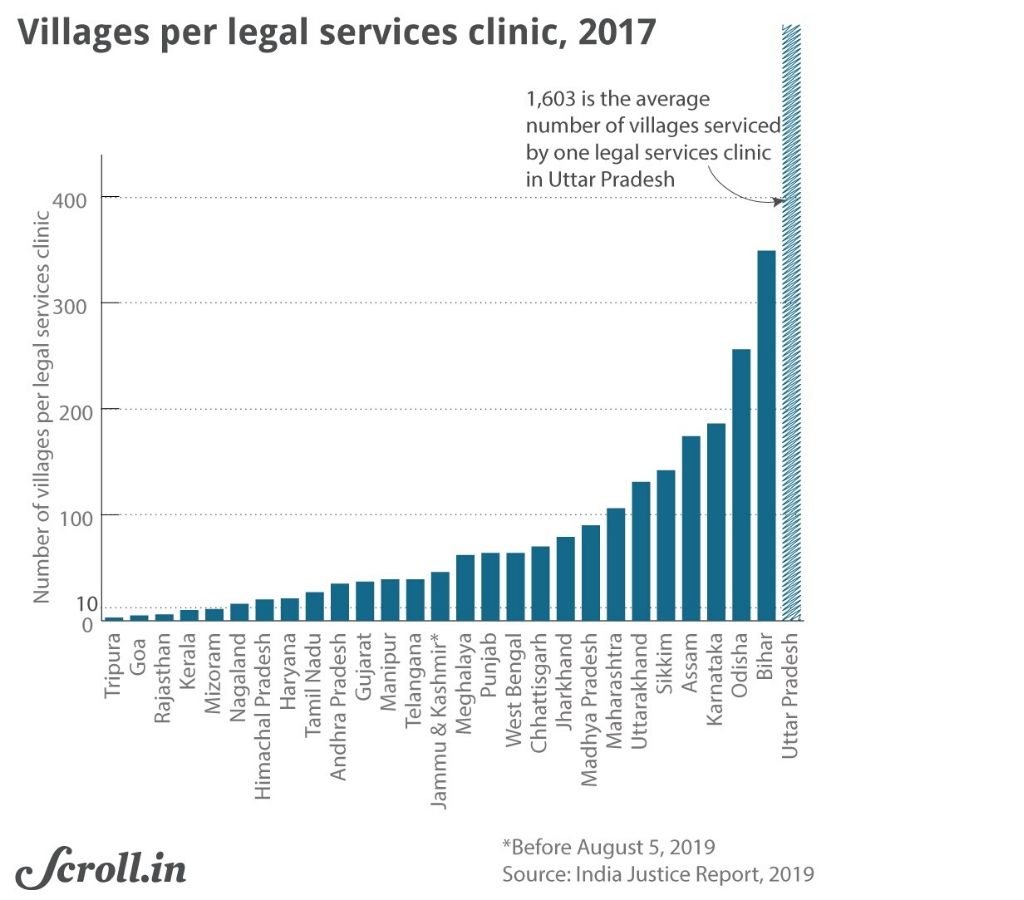 Feature image illustrated by the author.

Tags: Access to Justice, public policy
We want IDR to be as much yours as it is ours. Tell us what you want to read.
[email protected]
ABOUT THE AUTHORS 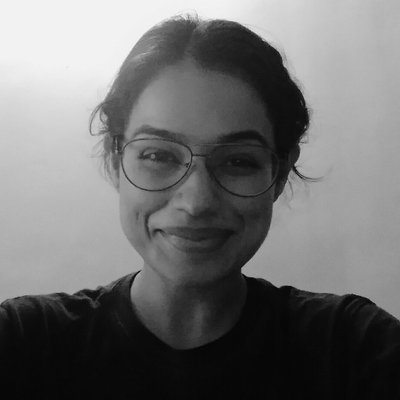 Nithya Subramanian is a visual editor at Scroll.in. 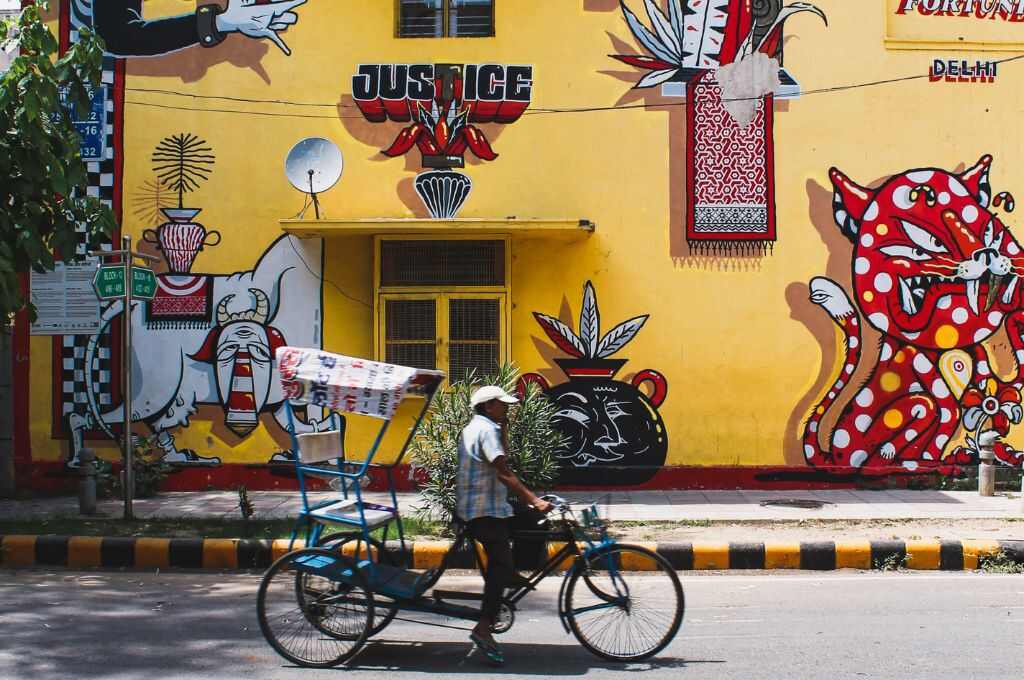 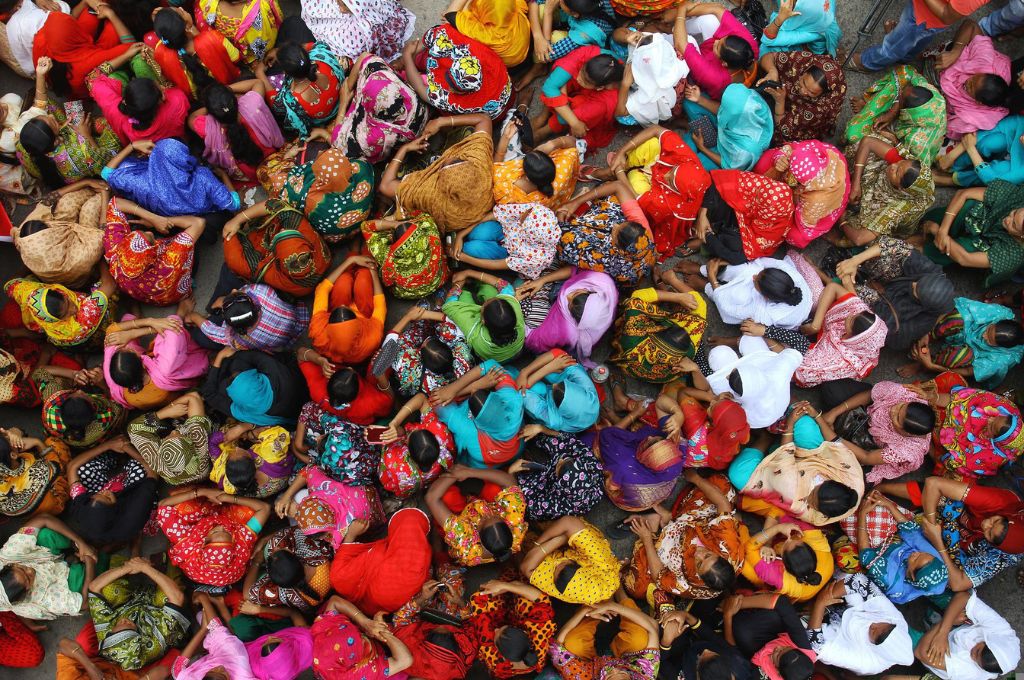 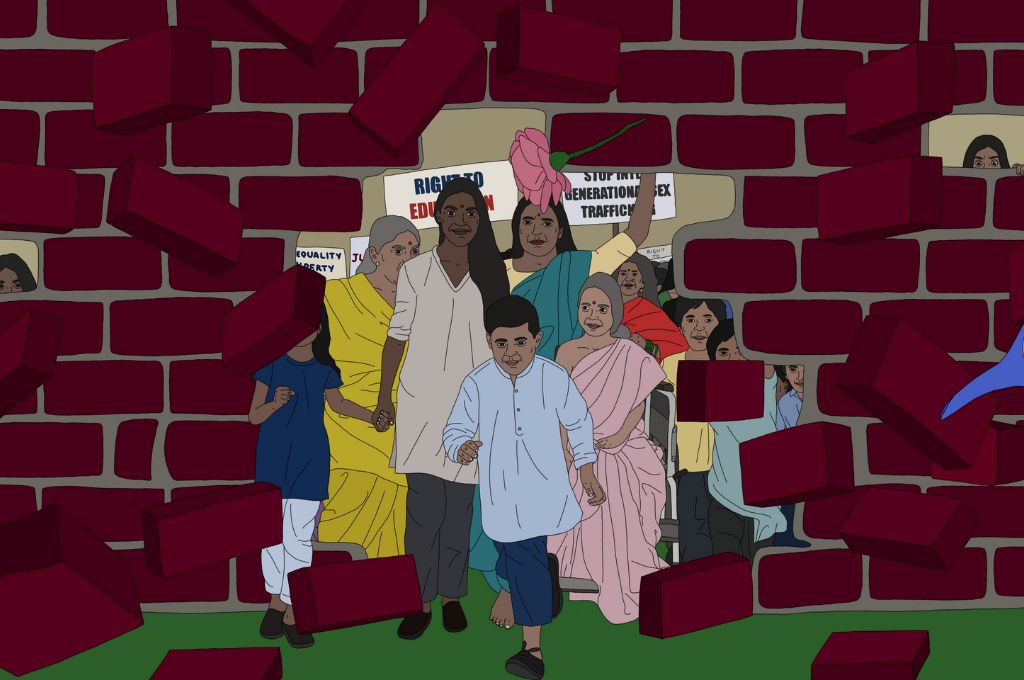