In close quarters with death, grief, and despair

A day in the life of a social worker in Lucknow, who is arranging cremations, counselling bereaved families, and helping COVID-19 patients find hospital beds.

My name is Azra Mobin and I am a social worker and activist based in Lucknow. For the last month or so, I have been supporting people affected by the second wave of COVID-19. Ever since Holi was celebrated in early April, the situation has been getting worse.

As I have been involved in social work for some years, there are many people who have my contact number and so they reach out to me, when they, or somebody they know needs support.

1.00 AM: I’m woken up by a call from a man based in Kanpur. His father was diagnosed with COVID-19, and hospitalised in Lucknow. He is calling me because his father has passed away, and since he and the rest of the family are all COVID-positive too, they have to isolate and cannot travel to Lucknow to take care of the formalities. They do have one family member in Lucknow, but he is diabetic and needs to be very cautious about not getting infected himself, so they are looking for somebody who will be able to help them with the formalities at the hospital as well as with the cremation. The hospital has informed them that they can release the body by 7 AM. I assure him that I will go to the hospital in the morning and take care of the situation.

I try to catch a few hours of sleep.

4.30 AM: As it is the holy month of Ramzan I wake up before dawn to pray and have a meal before the sun rises.

7.00 AM: I arrive at the hospital, along with another social worker. We manage to complete all the formalities at the hospital within a few hours and without too much difficulty. We arrange for an ambulance to take the body to Baikunth Dham—the nearest cremation site.

10.00 AM: When we arrive at Baikunth Dham, we realise that the process for cremation differs based on whether or not the deceased person has a certificate that shows that the death was due to COVID-19. When such a certificate is available, the workers at Baikunth Dham take care of handling the body and arranging the firewood. And the government takes care of the costs associated with these cremations.

However, we do not have such a certificate. So, I consult with the family about how to proceed. They ask me to go ahead with the cremation without arranging for the certificate, as neither they nor I know how long it will take to get it and we are already at the cremation grounds. It takes a while to organise everything. Initially nobody is willing to move the body from the ambulance to the cremation site. We also need to arrange for the firewood and labour. It takes several hours, but we manage to complete the final rites as per Hindu traditions.

As a social worker, my role is defined by what people need, and this is the need of the hour.

As a Muslim woman, I did not know much about the rituals and practices that need to be followed when cremating a Hindu. I have only learnt about these in the past few weeks, ever since I started helping families arrange cremations for their loved ones. As a social worker, my role is defined by what people need, and this is the need of the hour.

4.00 PM: I receive a call from another social worker who is trying to find an oxygen bed at a hospital for a patient whose condition is serious. He has been unsuccessful so far and is reaching out to me to check if I have any leads. Over the last few weeks many volunteer groups have been set up on WhatsApp. Some people on these groups are social workers like myself, others are just common citizens who want to extend help where they can. Many resources are shared on these groups, but not all of them are legitimate and even when they are, there is such a severe shortage of hospital beds, oxygen cylinders, and medicines, that we have to make calls each and every time a request comes in, to verify if they are still available.

I start calling hospitals that are listed as accepting COVID-19 patients. Many numbers have been switched off, or are unreachable. Others just keep ringing and nobody responds to the call. Finally, I manage to get through to Balrampur Hospital. The person at the other end of the line tells me that they have a bed available but that they cannot provide oxygen. This does not help and I find myself very frustrated by the situation. But I cannot give up until I have called every number on the list that I have, so I keep going.

Eventually, a small hospital confirms that they have an oxygen bed available. I immediately call up my social worker friend and ask him to rush the patient to this hospital so that he can be admitted and receive the care that he needs.

6.00 PM: About a week ago I had received a call from an acquaintance who shared a number of a young man with me and asked me to call him. He did not tell me very much—just that this person was very distressed and could I please call him and see if I could help in any way. I had to try the number several times before he took the call. I introduced myself and told him that I am a social worker. I asked him how he was doing and whether I could help in any way.

I cannot possibly sit silently when there are others who need support. I have to help.

Initially, he was not very forthcoming, but after a while he broke down and told me that both his parents were unwell. From his description their symptoms sounded like COVID-19 symptoms. His mother had passed away and he was unable to tell his father—who was still unwell—that his mother was no more. I did my best to console him and also enquired about his own health. He told me that he felt okay but that he hadn’t been able to eat anything since his mother passed away two days ago. He was missing his mother terribly. I tried to convince him to eat something and also told him that I would try to arrange some medical attention for his father.

While I knew that the family lived on Rae Bareilly Road, I did not have the exact address, and he disconnected the call before I could ask.

I have been trying to connect with him ever since then, but all my calls have gone unanswered.

I try the number again, and today a young girl, who is probably 19-20 years old answers the call. It turns out that she is the boy’s younger sister. I tell her about the conversation that I had with her brother a week ago and let her know that I am calling to enquire about her family and how they are doing. She sounds very distraught and somehow, I manage to understand from what she’s saying, that since I spoke to her brother, he has passed away, along with their father and grandmother. After she tells me this, she cuts the call and does not pick up the phone again. I feel helpless. I know that I probably won’t be able to sleep tonight. This family’s situation and that of many others will run through my mind in an endless loop.

At times my work is overwhelming. But I know that if my own family was in a similar situation, I would do what needed to be done. I cannot possibly sit silently when there are others who need support. I have to help.

Tags: coronavirus, social sector
We want IDR to be as much yours as it is ours. Tell us what you want to read.
writetous@idronline.org
ABOUT THE AUTHORS 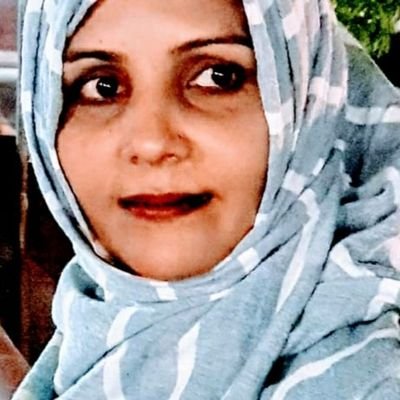 Azra Mobin is a social worker and activist based in Lucknow, Uttar Pradesh. 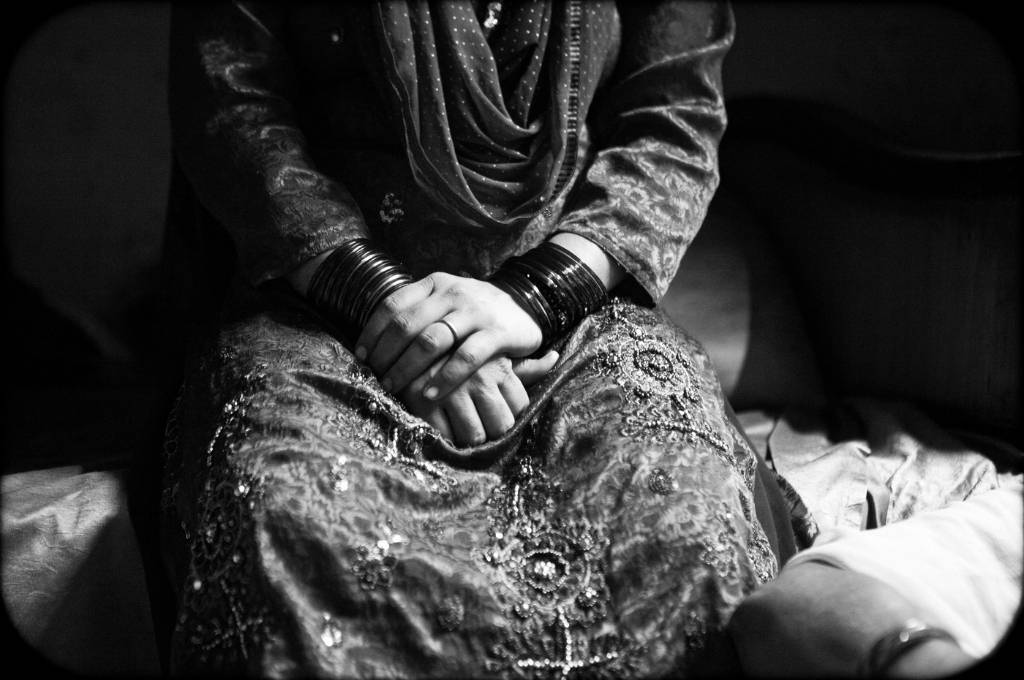 COVID-19
Talking to children about death and grief
Coming out of the COVID-19 pandemic, civil society, governments, and health systems need to focus on building a collective response to death and grief, especially for children.
by Gracy Andrew | 6 min read 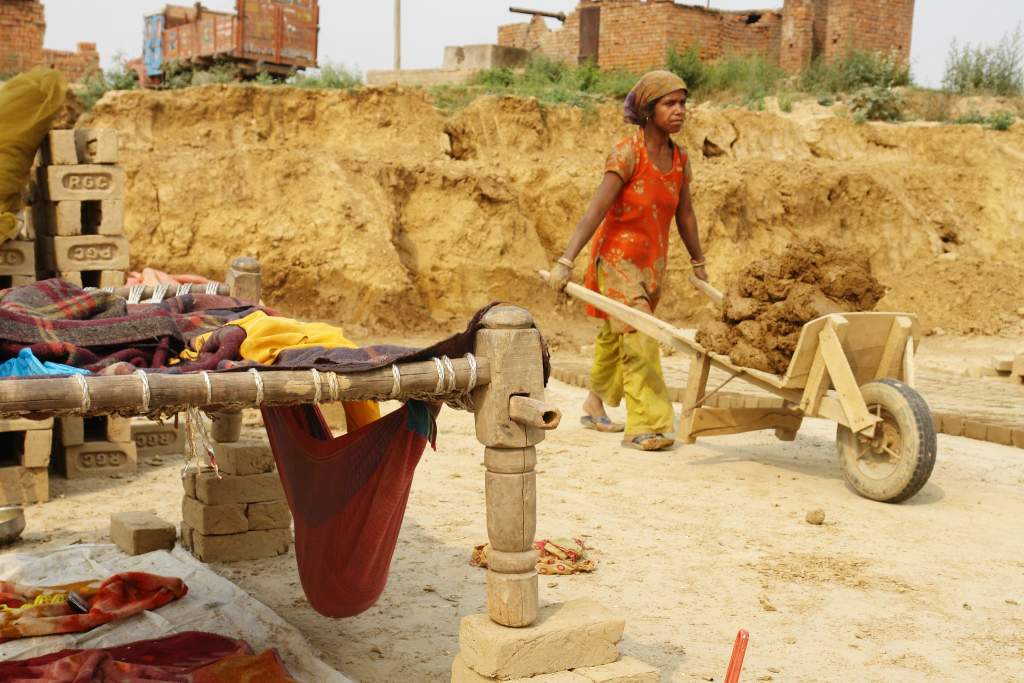 COVID-19
How is rural Bihar dealing with the second wave of COVID-19?
A field report from rural Bihar that speaks to the situation on the ground in terms of food security, livelihoods, and primary healthcare.
by India Development Review | 3 min read