Shifting weather patterns and heatwaves in India threaten income and food security. Here’s how farmers, scientists, and others are adapting.

Rashpinder Singh, 36, is a farmer who owns 17 acres (almost seven hectares) of land in the state of Punjab. He took up the profession of his forefathers after completing his MTech degree.

“I feel connected with the land. Farming is a part of my identity, since this is what I have been surrounded with all my life,” says Singh.

However, for Singh, the last few years have been particularly difficult. Rising temperatures and erratic rainfall have affected crop yields, and with the blistering heatwave across large parts of India in March, April and May affecting the wheat crop, Singh is worried about the future of agriculture.

This thing, this climate change which everyone talks about, is very real. While farmers in my region usually get around 18 quintal [1,800 kilograms] of produce per acre of wheat sown, they got merely eight this year. The heat all but destroyed not just wheat, but crops like potato and mustard, too. Barely anything survived,” he tells The Third Pole.

The effect of rising temperatures on food security in India

As temperatures rise, the yields of food and cash crops in South Asia are expected to decline, putting pressure on food security in the region. India, home to 1.4 billion people, is ranked 101 out of 116 countries in the Global Hunger Index, indicating a serious problem.

Scientists and researchers project that a 2.5 to 4.9 degrees Celsius increase in temperature across the country could lead to a decrease of 41%-52% in the wheat yield, and 32%-40% in rice.

Arun Joshi, the Asia representative at the International Maize and Wheat Improvement Center (CIMMYT) explained that climate change, while pushing up temperatures, also affects the availability of water through a decrease in seasonal rainfall and an increase in extreme rainfall events.

“This is bound to affect crops like maize, too, which is sensitive to temperature and moisture,” he says, cautioning that global maize yields are expected to decline by as much as 24% by 2030.

The yields of crops like sugar cane and rice are also expected to decline. “The sudden increase in temperatures in March led to the sugar cane crop withering in many places. While we are expecting a decrease in yields of up to 30%, we are also expecting a decrease in sugar content because of rising temperatures,” says VM Singh, a farmer and community leader from Uttar Pradesh, India’s most populous state.

India is among the largest producers of sugar cane in the world, with the industry impacting the livelihood of nearly 50 million farmers across the country.

Rice presents a unique challenge. While rice yields are expected to decline due to rising temperatures, rice paddies are also among the biggest emitters of methane, a greenhouse gas. Several strategies are being adopted to limit methane emissions from rice paddies, as well as the amount of water used in cultivation.

“A major source of methane emissions is the decomposition of fertilisers and crop residues in flooded rice cultivation. Inefficient application of nitrogen fertilisers promotes the release of nitrous oxide, a potent greenhouse gas, into the atmosphere,” says Ranjitha Puskur, the country representative for India at the International Rice Research Institute (IRRI).

Stressing the importance of rice in the diet of millions across the globe, Puskur believes rice should be part of the solution, rather than being eliminated from cropping systems. “It is important to start thinking about crop diversification and focusing on diversified rice-based systems.”

Data is sparse on the effect that global warming and erratic rainfall might have on the nutritional quality of grains. However, experts agree that an increase in carbon dioxide (CO2) in the atmosphere will have an adverse effect, since elevated CO2 levels interfere with processes that are important for the synthesis of protein in plants.

A decline in the nutritional quality of grains could exacerbate “hidden hunger”, a form of undernutrition where a person’s energy intake may be high enough, but their intake of nutrients like iron and zinc is so low that it affects their health and development negatively.

Experiments in the United States, Japan and Australia revealed that concentrations of iron, zinc and protein decreased in wheat, rice, maize, peas and soya beans when they were exposed to elevated CO2 levels. Studies also indicate that, by 2050, nearly 140 million people across the world could be suffering from a zinc deficiency, while nearly 150 million could experience a protein deficiency.

Puskur advocates the use of rice varieties high in zinc and iron. “We must also make the food plate more diverse to ensure nutrition security,” she says.

Madhura Swaminathan, who chairs the MS Swaminathan Research Foundation, concurs on the need for a more diverse diet which includes fruits and vegetables, but points out that “the fight against climate change, from a nutritional perspective, will be different in the west and in India”.

“In the west, people are calling for meat consumption to reduce. However, in India, where per capita meat consumption is minuscule, we cannot have people foregoing the consumption of meat and eggs, since these are extremely important sources of nutrients.”

It is important for India to safeguard its food security while ensuring that the most vulnerable sections of the population have access to nutritious food.

“One method of ensuring greater nutrition could be through genome editing combined with conventional breeding approaches,” CIMMYT’s Joshi, a former professor of genetics and plant breeding at Banaras Hindu University, suggests. Genome editing is used to modify a crop’s DNA, to produce heat-resistant varieties, for example. The International Crops Research Institute for the Semi-Arid Tropics (ICRISAT) is in the process of producing chickpeas that are more nutritious and resistant to climate change. This is an important development for India, where chickpeas account for nearly 50% of pulses grown in the country.

Close cooperation between agricultural research centres and farmers is also necessary to adapt to the changing climate.

“Access to information will equip the farmer with [the] necessary tools to fight low productivity, or even the effects of rising temperatures,” Swaminathan says.

However, with investment in climate-resilient agriculture in India in decline, coming up with viable solutions could be a significant challenge. The government pledged 550 million Indian rupees (USD 6.7 million) to the Climate Resilient Agriculture Initiative in the 2021-22 budget, which was reduced to INR 408.7 million in 2022-23.

While expressing concern over the lack of funding for research, Swaminathan voiced an optimistic note. “It is true that agricultural productivity in India is very low. We lag behind countries like Vietnam. However, this is also a cause for optimism, since if we can improve our productivity, we can ensure that issues related to food security can be fixed and we can fight climate change while ensuring no stomach in the country goes hungry.”

This article was originally published on The Third Pole.

Tags: carbon emissions, climate change, farming, food security, malnutrition
We want IDR to be as much yours as it is ours. Tell us what you want to read.
[email protected]
ABOUT THE AUTHORS 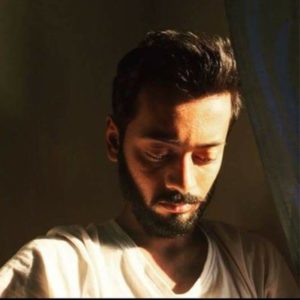 Fateh Veer Singh Guram is a freelance journalist based in New Delhi who writes about issues related to climate change, human rights, and communalism. 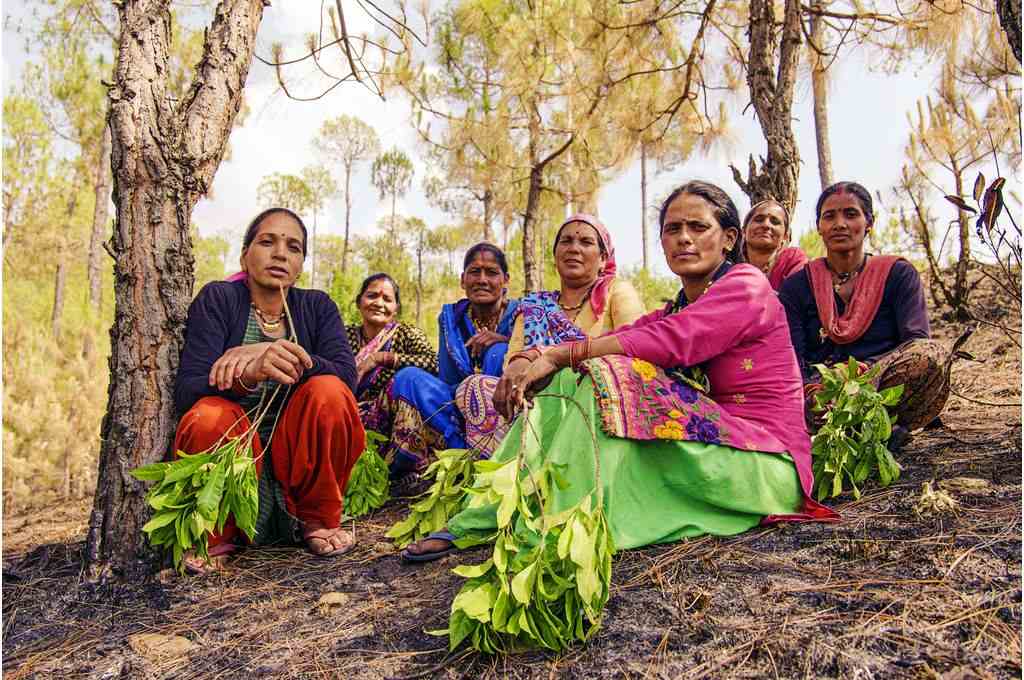 Climate Emergency
Photo essay: Lessons in climate resilience
As the frequency of climate-induced disasters increases, communities that are vulnerable to climate change are adopting unique solutions to respond to these crises.
by Milan George Jacob, Shawn Sebastian | 3 min read 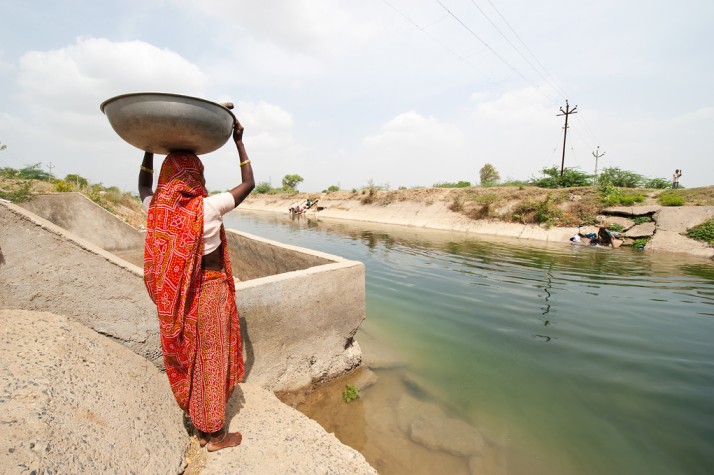 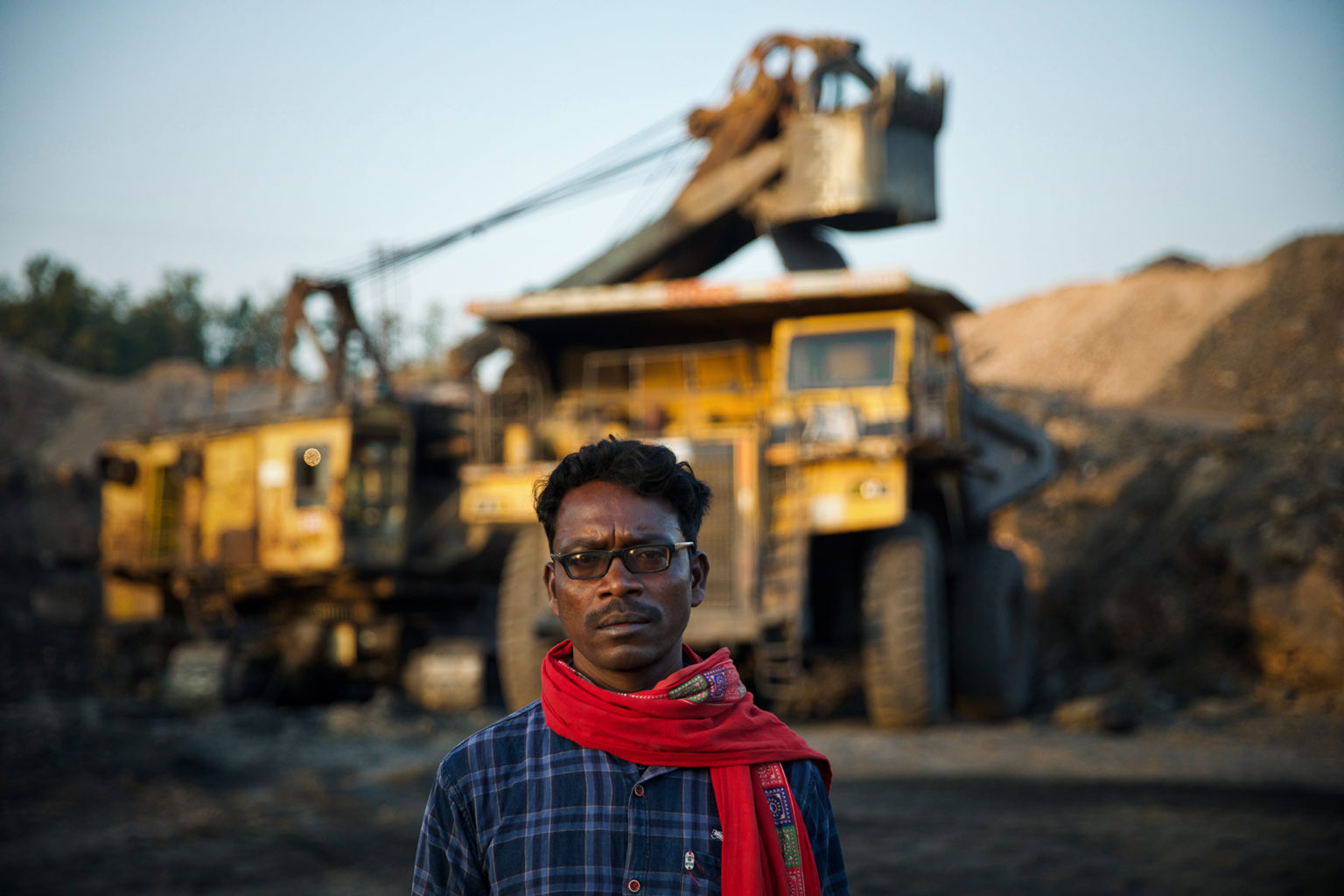