Individual giving in India at an all-time high

The India Giving Report 2021 finds that individual donations in India went up by 43 percent during the pandemic. Other trends include a preference for local philanthropy and giving to new causes.

The average amount of individual donations to philanthropy in India went up by 43% during the pandemic, says a report released on September 24 by the Charities Aid Foundation (CAF), a global non-profit, based on online surveys of 2,000 Indians across cities. More than 60% of respondents said the government and businesses should have contributed more to charitable causes during the pandemic.

The India Giving Report 2021 looked at everyday giving—individual acts of charity in the form of money, goods or community services—and found that 85% of the respondents had supported charities or their community in “direct response to the pandemic”. Two in three gave by way of money or goods to a charity or community service, and three in 10 gave money to their friends, family or neighbours, as is the practice in India.

The average amount donated in the past year increased from Rs 10,941 in 2019 to Rs 15,628 in 2020, as per the study. Other trends reported by the study include increased donations to local organisations as compared to international ones, and more philanthropy directed at new causes.

This report follows an all-time jump in India’s position on CAF’s World Giving Index 2021—it went from a 10-year average of 82 to 14 in 2020. This indicates a general upward trend in individual giving in India, said Avijeet Kumar, the chief operating officer of CAF India.

‘Charity response to first wave same as in disasters’

The pandemic that has claimed 446,081 lives in India so far created multiple crises. It strained the country’s health resources, impacted its economy and left millions of migrant workers jobless and stranded in cities, as IndiaSpend reported. Panicked communities were left searching for life-saving medicines and oxygen. But with systems collapsing, individuals, volunteers, non-profit organisations, and communities stepped up.

“The dynamics of the first wave were exactly what you would expect to see in a disaster, albeit on a wider scale,” said Ingrid Srinath, director, Centre for Social Impact and Philanthropy (CSIP) at the Ashoka University. “There was damage and loss of life and loss of livelihood, and people responded. And while the disaster didn’t end—still hasn’t ended—everybody who could give contributed, and even people who couldn’t contribute monetarily gave in other forms, such as helping out with information.”

At least $1.27 billion was donated in 52 days to the Prime Minister’s Citizen Assistance and Relief in Emergency Situations (PM CARES) fund for Covid-19 relief, our May 2020 analysis found, with even private companies coping with losses and retrenchment contributing large amounts to it.

Lockdowns and social distancing norms also facilitated an increase in online donating—the survey reported that 44% of Indians interviewed preferred using digital wallets compared to 28% in 2019. GiveIndia, one of India’s largest donating platforms, set up an India COVID Response Fund on April 10, 2020, soon after the first lockdown was announced. The fund, which raised more than Rs 220 crore, saw 350,000 everyday givers last year, said this report. Single donations ranged from Rs 50 to Rs 5 crore. Payment portal Razorpay also reported a 180% increase in online donations between March 24 and April 23, 2020, the first month of the national lockdown.

The second wave of the pandemic saw Indians affected in even larger numbers, either directly impacted or witnesses to suffering in their communities. Families lost jobs and saw a drop in incomes and became insecure about what the future held. Indians stepped in to help each other find critical services for those in need and the Indian diaspora contributed to Covid-19 relief funds in large numbers and with huge amounts, said Srinath.

Religious and community-related giving is extensive and embedded in Indian culture. Since this is counted as duty, and not charity, it rarely finds mention in surveys and leads to underreporting of individual charity in India, we reported in November 2019. Srinath, who is currently leading an upcoming CSIP survey of individual giving in 2020, said that this attitude to giving holds true for all socio-economic classes in India.

The recipients of charity are usually community and religious organisations, accounting for 90% of everyday giving in India, as per a 2019 report. Individual giving in India appears low, said the Doing Good Index 2021 of the Centre for Asian Philanthropy and Society, which ranked India as ‘Doing Okay’ among 18 Asian countries.

Around one in three (35%) respondents gave more to charities that supported their local communities while one in six slashed donations to international charities, the survey said.

“Local philanthropy could be the more preferred form of donation, primarily because donors are able to witness the impact of their donation, firsthand,” said Kumar. “The report indicates that this holds true especially for people with a monthly household income between Rs 50,000 and Rs 90,000—the educated middle class, which is cautious with its investments.”

India lacks standards for the regulation and transparency of information about non-profits.

What would motivate people to donate more? “Trust in how their money is spent” and “more transparency in the NPO [non-profit organisation]/charitable sector” got the first and the third highest responses, while “feeling secure in one’s personal circumstances” came second, according to the CAF report.

India lacks standards for the regulation and transparency of information about non-profits, said Srinath. Despite platforms like Guidestar, which help donors find credible organisations, the perception remains of a lack of transparent information about the functioning of charities.

Most people donate for emotional reasons: half of all the respondents (49%) told CAF that giving made them feel good, and two in five said they gave to help solve social problems (40%). Around one in three said they gave because they wanted to help people less fortunate than themselves (35%), because they cared for the cause (35%) or because they believed it helped them become better individuals (35%). This year, the acute awareness of how Covid-19 was affecting people resulted in an outpouring of compassion and empathy, and this drove people to give, said Atul Satija, chief executive officer, GiveIndia.

Tax incentives for giving too were cited as the reason why some (8%) donate. The lack of tax incentives for donations to non-profits and social development organisations was another reason why, the Doing Good Index 2021 pointed out, individual giving might seem low in India. The government should encourage and incentivise donors to give to actions that promote development while enabling not-for-profit development organisations to raise funds with ease, Kumar said.

However, the financial instability caused by the pandemic impacted philanthropic behaviour as well: The report said that those worried about financial security were twice as likely to have stopped a regular donation than others.

This article was originally published on IndiaSpend, a data-driven, public-interest journalism nonprofit.

Tags: coronavirus, fundraising, philanthropy
We want IDR to be as much yours as it is ours. Tell us what you want to read.
writetous@idronline.org
ABOUT THE AUTHORS 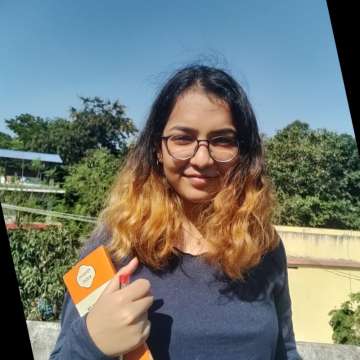 Satviki Sanjay is an intern with IndiaSpend.