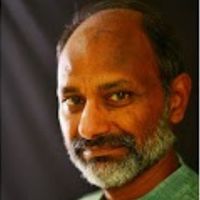 Ved Arya founded SRIJAN and the Buddha Fellowship Programme. He is the founding convener of the RCRC Coalition and a member of several policymaking bodies, including the Advisory Committee, Promotion of Producers’ Enterprises, and the Ministry of Rural Development. Ved is an aeronautical engineer from IIT Kanpur and a management graduate from IIM Ahmedabad. A Hubert Humphrey Fellow for the year 1990–91, he pursued further education at the Harvard Kennedy School of Government and worked at the World Bank.

Fundraising & Communications
Growing anxiety around FCRA renewals
Nonprofits are experiencing uncertainty about the status of FCRA renewals. Here’s what can be done to ensure that their operations continue smoothly.
by Shipra Singh, Ved Arya | 4 min read
Load More