Getting construction workers their entitlements

We shouldn’t have to wait for a pandemic to highlight the gaps in our system.

Basant Lal Chaudhary migrated from his village of 1,200 people in Madhya Pradesh, to a city of 90,000 people in Jammu and Kashmir in 2016. He last worked as a construction worker, before the COVID-19 lockdown forced him out of employment.“I used to earn a daily wage of INR 350. That was my only source of income,” he shares. During the lockdown, he along with others who worked with him, are finding it difficult to make the ends meet.”I don’t know whether I will be able to find work here anytime soon.”

More than 50 million construction workers in India build our homes and cities. Like Basant Lal Chaudhary, an average construction worker earns just over INR 350 a day with almost no perks or benefits. Many workers are their families’ primary earners. For the high risk of the jobs they are involved in, they are seldom provided a safety net.

Approximately 87.4 percent of workers in the construction industry are categorised as casual labour, and they make up a majority of the informal workforce in our country. In 1996, the Indian parliament enacted two laws which had the potential of providing protection and dignity to this workforce:

Understanding these laws and what they mean

These laws mandate that construction companies pay a minimum of one percent cess on the construction cost. This money is then directed to the welfare of construction workers registered under the BOCW Act. The act ensures the safety and welfare of these workers and their families. Benefits include pension, education and maternity assistance, loans for purchase of tools, and accident and medical expenses.

Despite this, data released by the Ministry of Labour and Employment in early February 2019 showed that only about 35 million of the 50 million construction workers were registered under the BOCW Act. Even here, up-to-date information is unavailable on the number of active registrations. For example, Delhi has 5,39,421 workers registered totally, but only 1,28,394 are active as per the state website. It is not clear how many of these registered workers are local and how many are migrants, because none of the systems we have come across captures this.

Since the inception of the Cess Act, states and union territories have collected an estimated INR 52,000 crores from construction companies. However, until 2019, less than 40 percent of the corpus was spent on welfare of the construction workers. Here, there are sizeable differences among states:

With COVID-19 and the subsequent lockdown, the government asked states to use their unspent funds to provide immediate relief to construction workers. This was a welcome move, not only because it would ease distress amongst labourers, but also because it marked what will probably be the first time in 24 years that we will see an uptake in spending from this fund.

Registering under the BOCW Act is crucial as it is the first step in availing any support from the government.

However, to avail these benefits, the workers needs to be registered under the BOCW Act. Low registrations, especially among the significant migrant population, has led to exclusion of a large section of the construction workforce. “I am not registered anywhere. I don’t have much knowledge about it. I just do my labour work,” shares Basant Lal. Like him, millions of workers (often the most vulnerable) not only miss out the relief package benefits, but also on other welfare benefits they and their families are entitled to.

COVID-19 or not, registering under the BOCW Act is crucial as it is the first step in availing any support from the government. But why are the registrations so low and what can be done to change this? Let us break it down.

Increasing BOCWA registrations: What needs to be done

1. Adoption of a single window system

The current system allows for registration and support in one state without any portability option. This is incompatible with the reality of migrant labourers who are often working in multiple states in a given year. For example, Delhi has seen 87 percent fall in registered workers since 2015—largely because people dropped off the system when they migrated elsewhere for work.

Consider Govind and his family. They moved from Jhansi to Jodhpur to make a living as construction labourers. They are registered under BOCW Act in Jhansi; however, because of the move, their registration has most likely shifted to an ‘inactive’ status, leaving them unable to avail any benefits. They share, “We have not got any benefits of that registration yet. We are not aware as to what the benefits are, and how to avail them.”

Given this reality, states need to have mechanisms that ensure seamless portability of the informal workforce. A Model Welfare Scheme has been outlined by the Ministry of Labour and Employment following the Supreme Court directive, where each worker will be allotted a unique identification code that can be used across the country. As Jan Sahas recommends in their report, states should expedite the implementation of the new model that will help streamline the registrations and benefits in a single window.

Currently, workers are required to fill out a detailed form to register under BOCW Act. For instance, in Delhi the four page form was turned into a 12 page form. Filling out the form with all necessary details is usually a big task for workers as they have low literacy levels and little access to digital systems.

Additionally, the onus of registration is currently on the workers. It would be fruitful to shift this onto contractors or developers. In the short-term, employers will be able to easily register workers. They have the resources to do so, and they already collect details such as PAN, Aadhaar, and bank account details. In the long-term, employers could then formalise these employment relationships through official contracts and registration to authorities.

3. Relaxation in proof of employment certification

Under this act, workers need to submit 90 days certification of proof of employment in the last 12 months. In reality, the industry has a high rate of worker turnover. For example, at our Godrej Properties Limited construction sites, workers typically stay with us for about 45 days. This number is far lower at smaller construction sites. As workers keep moving, they find it difficult to have a 90 day documented proof of employability, especially from contractors that employ them for short projects. This rule should therefore consider relaxing the certification of work to 90 non-continuous work days annually.

A large number of construction workers work at the nakas as daily wage earners. It is important to reach out to this segment and get them registered. To this end, a number of steps can be taken.

Firstly, state BOCW Act boards can partner with nonprofit organisations that work with migrant workers to effectively register daily wage workers at worker facilitation centres. Additionally, information counters can be set up at state transport bus stands, railway stations, and nakas for workers to easily access information. Even a central worker helpline number will be useful. For example, the Delhi government is holding a registration drive during the lockdown to get more workers in the system. Maharashtra is also replicating this idea, and it can be quickly taken up by other states. However, support from developers and the construction industry is crucial to boost this drive.

A well-planned structure will ensure workers get the benefits they are entitled to, no matter the external circumstances.

In addition, corporates can widen the social protection net by proactively engaging with suppliers, vendors, and partners to formalise registration and licensing, set standards for employee protection, and socialise linkages to public schemes. Stakeholders can be incentivised or penalised and progress can be monitored.

Lastly, it would be worthwhile for the BOCW Act boards to explore a public-private partnership to monitor registrations through different mediums (online, through civil society organisations, developers, builders, contractors, and so on).

We don’t have to wait for a pandemic to highlight the gaps in our present system. A well-planned structure will ensure workers get the benefits they are entitled to, no matter the external circumstances.

This article was written with inputs from Jan Sahas and Dimpy Dave.

Tags: coronavirus, covid19, Livelihoods, migrant labour, social welfare
We want IDR to be as much yours as it is ours. Tell us what you want to read.
writetous@idronline.org
Make Your Voice Count.

Take our 4 minute feedback survey so we can publish what you want to read. 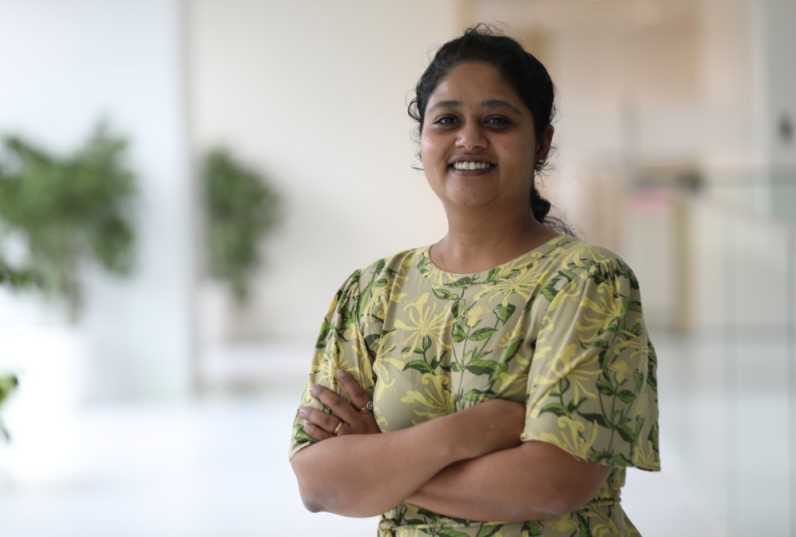 Pooja Lapasia leads communications for the Corporate Social Responsibility function at Godrej Industries and Associate Companies. She has played a key role in building and sustaining the Group’s sustainability vision across diverse stakeholders. Pooja has been instrumental in enhancing strategic internal communications and know-how of sustainability within the Group. Prior to Godrej, she was part of the fundraising team of a Mumbai based nonprofit and a former India Fellow. 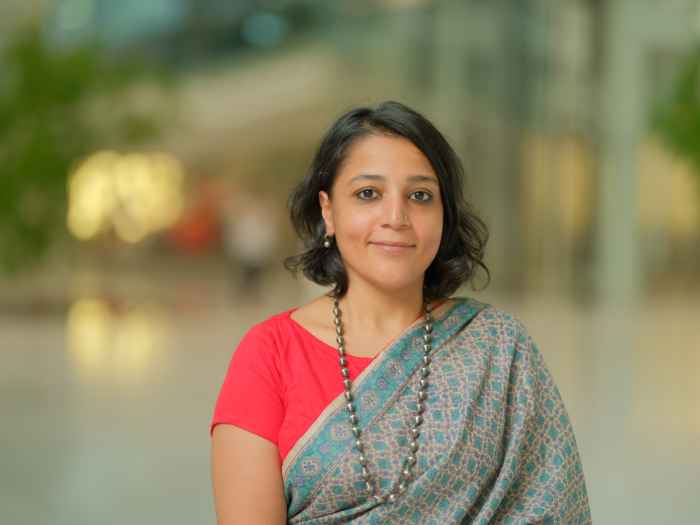 Gayatri Divecha heads Corporate Social Responsibility for Godrej Industries and Associate Companies. She drives the Group’s sustainability agenda that works towards skilling and entrepreneurship, prevention of vector-borne diseases, rural livelihoods, and access to entitlements. Gayatri has worked in the development sector across a range of roles and organisations including in academia, the private sector, and nonprofits. Prior to Godrej, she was part of the Corporate Sustainability team at HSBC India, driving the bank’s portfolio of community investment programmes.