Hiring women in supervisory roles can change the exploitative work culture of garment factories and promote gender equality in the workplace.

If you enter a garment factory in India, or any part of the world for that matter, you will see that the workforce is starkly female. The Indian textile and garment industry employs 45 million people, out of which more than 60 percent are women. This makes it the biggest formal employer of women in a country where 80 percent of them are not engaged in paid work. While that might paint a rosy picture of women’s empowerment at the first glance, a closer look reveals something different.

How did women come to dominate the garment factory floor?

Since the 1960s, women in developing countries have come to dominate the highly labour-intensive assembly lines of global supply chains. This is not without reason. Women’s unequal status in most societies makes them a cheaper source of labour as their work is often an additional or secondary source of income in most families. Further, their labour is also considered to be easy to control. Research shows that women are preferred in these types of jobs because they are more willing to accept strict work discipline, less likely to join trade unions, and conditioned to take up tedious, repetitive, and monotonous work—all of which make them more productive.

In spite of this, very few working women in India climb the ladder in their careers because of reasons ranging from family responsibilities and restrictive social norms to lack of professional networks. This is true in garment factories too—while women dominate the frontline workforce, it’s majorly men who hold supervisory roles in factories.

Why are there so few female supervisors?

The garment industry has a long-standing reputation for a culture of abuse and stress. The cut-throat competition and highly time-sensitive nature of the work is one possible explanation for this. Any bottlenecks caused by workers can generate acute losses to the firm. Hence, the factory floor runs on high stress, and supervisors are expected to maintain it.

Senior managers at garment factories tend to maintain antiquated beliefs that men are better at roles that involve leading and are trusted to be ‘strict’ and get things done. Since supervisor hiring largely depends on recommendations by the management, men are inevitably chosen for these roles. A recent study among 24 garment factories in Bangladesh found that line chiefs—who are generally responsible for selecting supervisors—reported an average confidence level of 84 percent for male trainees. For female trainees, this number was almost 10 percentage points lower on average.

These gender biases reflect long-standing norms and power relations that make up the global garment industry in traditionally patriarchal societies like India. Rather than challenging long-standing gender norms and inequalities, the division of labour in workspaces often reinforces the association between women’s work and the definition of women as caring, gentle, self-sacrificing, and industrious. Men’s work, on the other hand, is expected to embody normative masculine behaviour: physical power, authority, and mechanical skills.

But are male supervisors really better?

While men are chosen because of the belief that they are best suited to be supervisors, there is little evidence to support this claim. In 2019, students of Centre for Advanced Study of India, University of Pennsylvania undertook an internal study at Shahi Exports Pvt Ltd (India’s largest garment manufacturing firm that Good Business Lab works with) on female supervisors in the company’s factories. Their analysis of administrative data of more than 160 sewing, finishing, and embroidery assistant supervisors found that female supervisors take 33 percent less unauthorised leave, have half the attrition rate (8.89 percent as opposed to 16.8 percent for men), and take 60 percent less overtime.

While men are chosen because of the belief that they are best suited to be supervisors, there is little evidence to support this claim.

What was interesting was that the female trainees underperformed while managing small teams that included a male operator. It was found that the male subordinate’s perception of the female supervisor’s competence also affected her performance due to the attitudes displayed by the subordinate based on their negative perceptions. Hence, while there might be no evidence backing the perception that men make better supervisors, a strong belief in it by their peers, subordinates, as well as the management can affect women’s ability to be effective supervisors.

Making the case for women supervisors in female-dominated workplaces

If men don’t necessarily make better supervisors and if the gender of the team members plays a role in the effectiveness of the supervisor, then logically, we should have more women supervisors in female-dominated workplaces such as garment factories. While we talk about diverse representation in Parliament and higher managerial roles in corporations, there are hardly any measures being taken to ensure representation at lower managerial levels in the sector which is the largest employer of women in this country.

Besides, there is evidence to show that female supervisors are better able to motivate female workers when compared to male supervisors. Male supervisors often use demonstrations of authority to get workers to keep their pieces moving, while female supervisors often sit down and demonstrate how to get things done and make sure things run smoothly. Female managers are also more likely to engage in scut work, ie. the practice of voluntarily getting one’s hands dirty to perform subordinates’ routine tasks, which increases their engagement with the work. Not only does this increase productivity and contribute to improved organisational performance, but it also has the potential to help change the exploitative work culture of garment factories.

What are the hurdles to making women supervisors?

So while the benefits of having female supervisors in garment factories are clear, there are many barriers that prevent it from happening. A survey of more than 150 workers [operators, assistant supervisors, supervisors, and floor in-charges (FICs)] across 17 factories of Shahi Exports identified three major hurdles to women becoming supervisors:

How can firms overcome these barriers and hire more female supervisors?

The first and necessary step that firms can take to ensure better representation of women in supervisory positions is to use objective methods to hire them (rather than through recommendations made by the floor-in-charge or higher management, where biases are unavoidable). Skills and behavioural tests that are common in recruitment at the executive level may be used in supervisor hiring.

However, the barriers to having women supervisors extend beyond just hiring. They include addressing gender norms that dictate women’s roles in the workplace, the beliefs held by women (and men) about women’s abilities, lack of training, and a lack of support from the management among other things. We need stronger actions to overcome these complex factors.

Researchers have highlighted how seeing more women in leadership roles positively affects women’s beliefs in their own ability and skills.

Affirmative action might be one solution to this. In today’s world, it is not beyond the mandate of individual firms to implement equitable social welfare policies such as affirmative action. While we see a lot of projects being undertaken by corporates for gender equity and empowerment, most of these projects are limited to skilling their female workforce. Though such projects are a means of empowerment at an individual level, they do not change the status quo in terms of power relations.

Researchers have highlighted how seeing more women in leadership roles positively affects women’s beliefs in their own ability and skills. Moreover, such initiatives also lead to positive spillovers into individual households and the broader society. Women who were promoted to managerial positions gained more say in intra-household decision-making (especially about their mobility). The extra push provided by affirmative action promises to bring about these larger changes while breaking several barriers that lie in the way. Hence, we see a lot of scope for building evidence to support affirmative action in the garment industry to deal with India’s problem of the ‘sticky floor’—which is the opposite of a ‘glass ceiling’ and refers to gender inequality at the bottom rung of the workforce.

Tags: female labour force participation, research
We want IDR to be as much yours as it is ours. Tell us what you want to read.
[email protected]
ABOUT THE AUTHORS 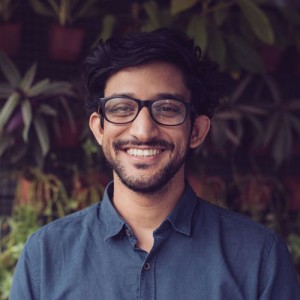 Eshan Fotedar is a research associate at Good Business Lab. His interests are urbanisation, labour, and migration. He holds a Master’s in Development Studies from Tata Institute of Social Sciences, Mumbai. 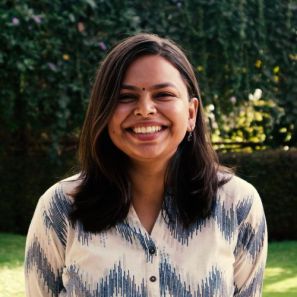 Nirupama V is a development communications professional working as a marketing associate at Good Business Lab, a labour research organisation. A journalist and podcaster with a special interest in women’s work, urban issues, media, and mental health, she holds a Master’s in Development Studies from Tata Institute of Social Sciences, Mumbai and a postgraduate diploma in Journalism from Asian College of Journalism, Chennai. 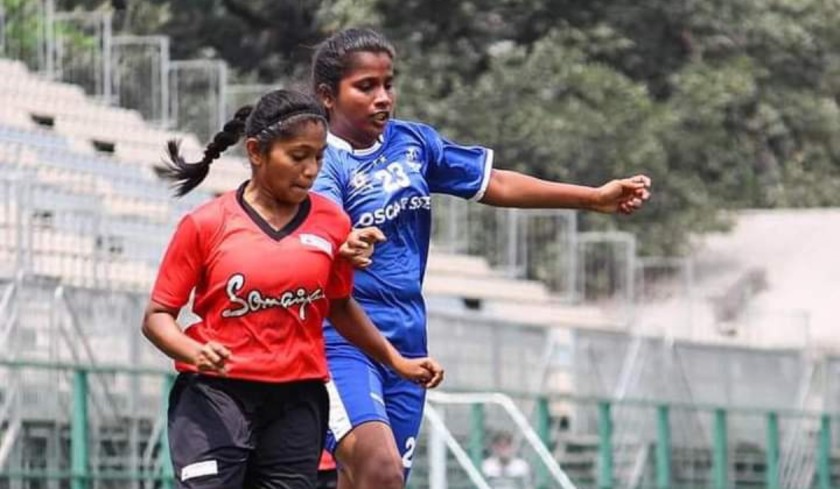 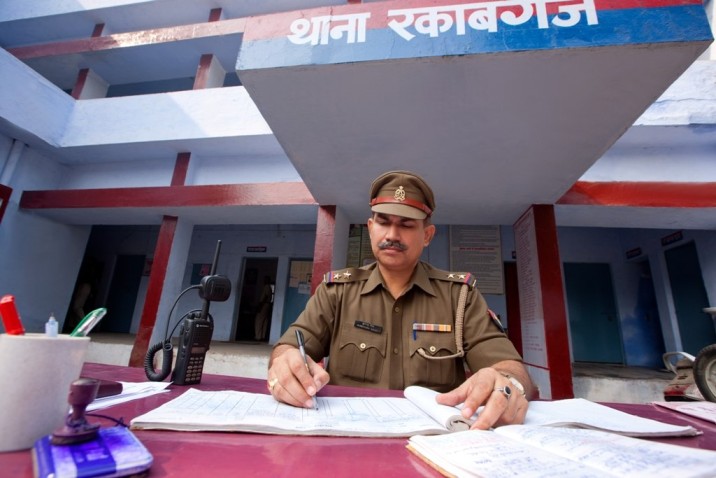 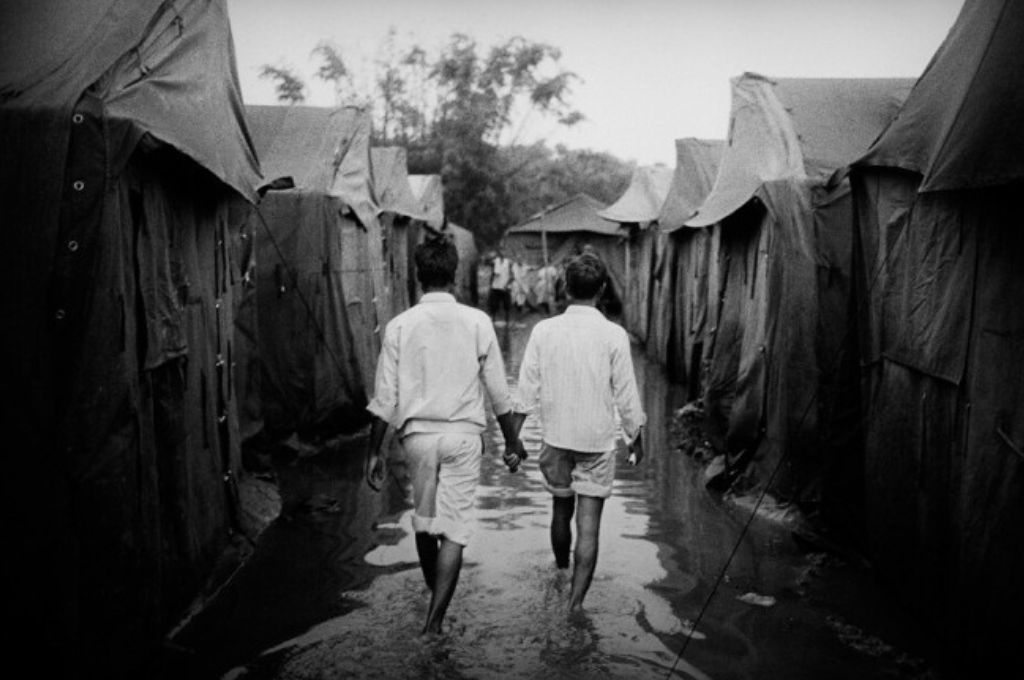