India is witnessing a rise in the number of educated youth with a simultaneous fall in the generation of jobs; a problem that requires immediate government-led intervention.

The 2019 State of Working India report by Azim Premji University (APU) states that five million men lost their jobs between 2016 and 2018; and that at six percent, the overall unemployment rate in 2018 has doubled from what it was in the decade between 2000 and 2011. Needless to say, the Indian economy is failing to provide adequate number of jobs for its people.

Youth, especially those with higher education, comprise most of India’s unemployed, with a disproportionate percentage being represented by people in the age group of 20-24 years.

A fundamental reason for this is that this group can ‘afford’ the luxury of being unemployed. In other words, they choose to wait till they find a desirable, formal sector job, instead of taking up any available job in the public sector.

On the other hand, open unemployment is low for the less educated. But owing to uncertain and erratic work opportunities, there is a higher tendency in this group to be out of the labour force.

Women are the worst affected. Among the 10 percent graduate working urban women population, 34 percent are unemployed.

The report also presents data that highlights that workers in the informal sector have also been losing jobs since 2016.

Related article: The geography of employment in India 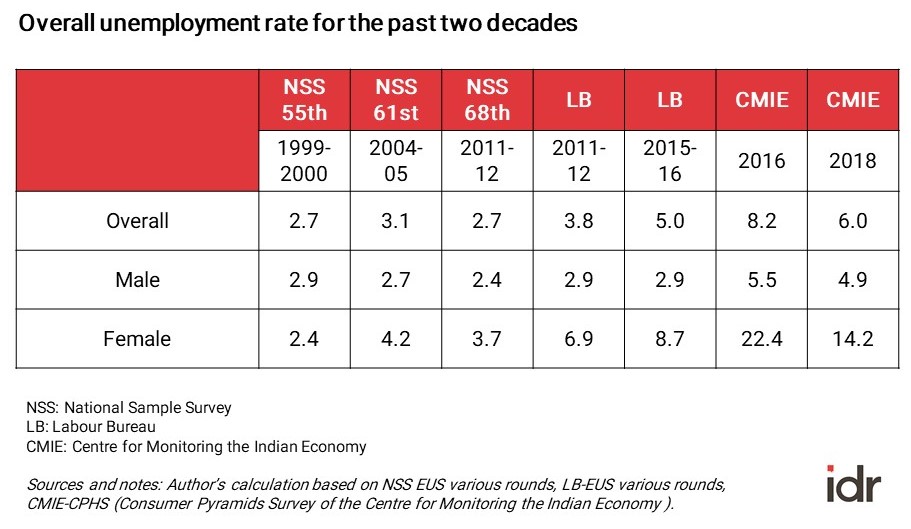 What are the reasons for the decline in employment?

While demonetisation is often blamed for the economic decline post 2016, as per the APU report, no direct causal relationship can be established here. But, there are several other demand and supply-side factors responsible for lower employment rates. A few are outlined below:

Supply side factors of the labour market: 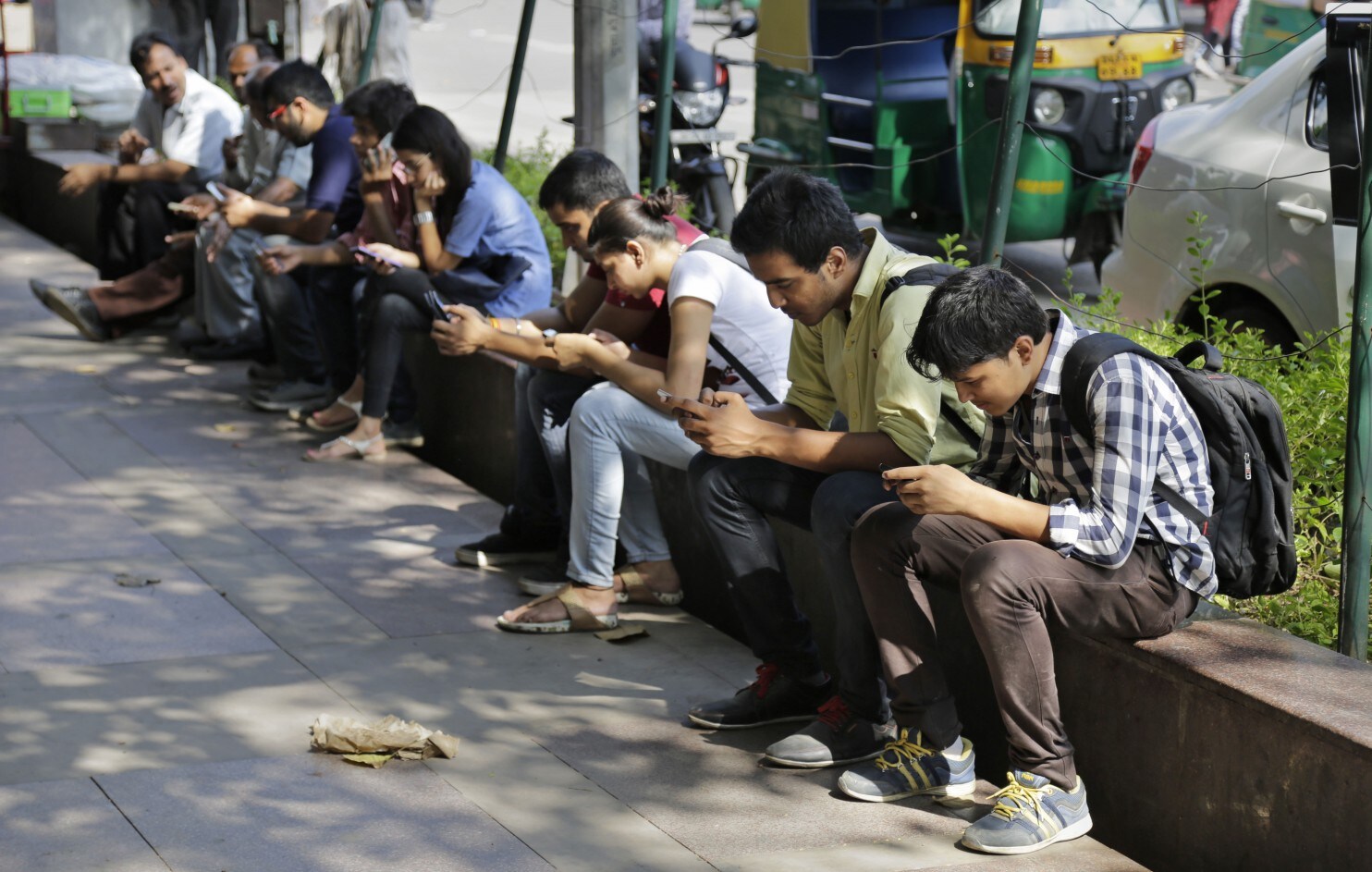 India’s privatisation has led to the creation of a more aspirational middle class – one that is less accepting of petty informal work | Picture courtesy: Wikimedia Commons

The concern now is that the Indian economy will not be able to absorb surplus labour before there is a significant social dislocation. The APU report, therefore, discusses the need to implement several long-term and short-term measures involving large amounts of public spending to improve employment rates. These measures include:

The implementation of an employment guarantee programme like the Mahatma Gandhi National Rural Employment Guarantee Act (MGNREGA) in urban areas is one way to provide a legal right to employment. This urban employment guarantee scheme can ensure not just employment to those in need but also better infrastructure and services, restoration of ecology and urban commons, enhancement of youth skills and ultimately, an overall increase in human and financial capacity.

India has always under-invested in basic social services for its citizens. Increased public spending on Universal Basic Services (UBS) will have the dual benefit of supplying quality services and creating good jobs. Ensuring better provision of services like health, education, housing, securities, transport and utilities will result in everyone having a minimum quality of life regardless of their social or economic class.

Taking cues from the Chinese and East Asian models of development, India also needs to rethink its industrial policy by making it more government-led as opposed to market-led. It cannot fall into the trap of de-industrialisation as yet, and should support the manufacturing sector to generate more jobs for its young workers and promote entrepreneurs. For that, the state will have to resist the Washington-led neo-liberal consensus, and take a more active role in protecting its industries.

While economic growth has allowed India to bring down poverty rates dramatically, especially extreme poverty, growth has not translated into jobs. Given India’s burgeoning youth population, there is an urgent need to craft a government policy, adequately supported by budgetary resources, to promote employment generation. Ultimately, the best remedy to alleviate poverty is enough jobs and enough high-quality jobs.

The central government has enough fiscal space to adopt a robust employment generation policy. Even a doubling in the outlay on MGNREGA would hardly be extravagant. Moreover, the high potential multiplier of such outlays is likely to result in robust growth and tax revenues, thereby limiting the deficit.

*Lamya Karachiwala contributed to this article.

Tags: human capital, human resources, unemployment, workforce participation
We want IDR to be as much yours as it is ours. Tell us what you want to read.
writetous@idronline.org
ABOUT THE AUTHORS 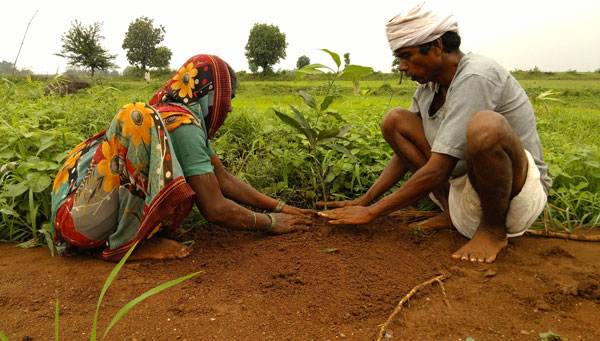 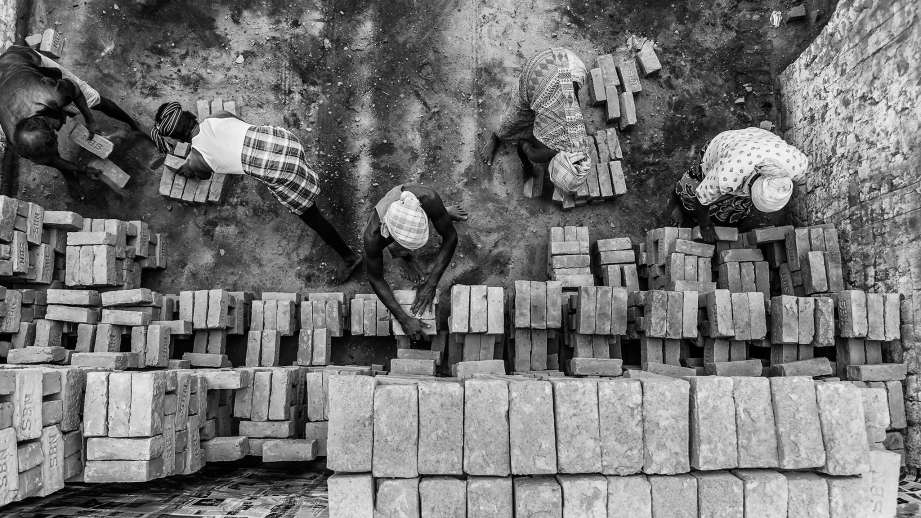