How foundations, nonprofits, and others can effectively convey—and convince policymakers to support—their programmes and proposals for social change.

It’s easy to forget that a lot of policy decisions aren’t made by the politicians we see in the press every day. Often the real power to implement new ideas lies below the radar—with purpose-driven, career civil servants. These policymakers face many political, practical, and psychological constraints, but foundations, nonprofits, and others working in the social sector nevertheless have the opportunity to educate them about new ideas and influence their decision-making.

Over the past two years, the organization I co-founded, Apolitical, has asked public servants in more than 140 countries what matters most to them, and has examined data from thousands of policy articles to understand what they like to read and what resources they use to inform their decisions. Based on this data, as well as insights from behavioral science, we determined eight things social sector leaders should keep in mind when developing op-eds, presentations, or letters they intend to share with policymakers.

Public servants are busy. If you want them to read what you have to say, aim for short, snappy writing focused on the main point you want to make. If you’re writing an an opinion piece or article, 700 words is usually enough—five or six minutes of reading time.

They also may not be an issue expert like you—often public servants have law or public administration degrees—so one simple point will stick better than lists of complex details. Use graphics and visuals as shortcuts; research suggests the human brain decodes visuals 60,000 times faster than text.

Be aware of the timing of your request too. If your reader is distracted by a major event or crisis—an election or public affairs disaster, for example—your idea may fall on deaf ears. Try to find out about any major upcoming events for relevant departments.

Policymakers like to get real, and fast. Tell them how long it will take to implement your proposal and to start seeing results. Can this project be completed in six months or will it take five years? If it has been trialed already or implemented elsewhere, say how long it took from start to finish, and to achieve results.

Policymakers like to get real, and fast. Tell them how long it will take to implement your proposal and to start seeing results.

Quickly and clearly outlining the step-by-step implementation process will make your suggestion more convincing. Think practically about how someone in government would go about getting this done. What are all the different stages? Who are the stakeholders?

For example, Colorado cut teen pregnancy in half in just five years by providing free, long-acting contraceptives. That may sound straightforward, but implementation required many stages and partnerships. The Department of Public Health had to give clinics funding and operational support to hire or train more staff, increase hours, and upgrade equipment. And the state ran a widespread public outreach campaign to educate citizens about the program.

Public servants also need to think about scale, which means you should too. Is your idea designed to scale well from the outset?

3. Be upfront about risks or challenges

Again, public servants are realists; they’re quick to point out possible flaws or pitfalls, and they’re wary of risks when spending public money. Are there unintended negative consequences to your policy? For example, will building more bike lanes increase traffic-related deaths? It’s much better to flag potential hurdles and suggest how to mitigate them than to pretend the process will be entirely smooth.

Also say how and when it will be clear whether the policy is working. Often new policy rolls out in “batches” or “test-beds” to reduce risk before scaling.

Finally, what are the legal and ethical considerations? Will the idea require the review or revision of any laws? For example, the European Commission is running a new accelerator for projects employing blockchain for social good (#DLT4good). But how does recording information using blockchain, an immutable and permanent record, comply with Europeans’ legal “right to be forgotten”, or with the new General Data Protection Regulation? These questions remain unanswered.

4. Focus on concrete results, and ideally solve for multiple problems

Policymakers have to bring others on board. Make their life easy. What’s the most powerful evidence you can use to show your idea will have real impact? If you can, provide concrete results from places where the solution has worked before and explain how to adapt it. If you can’t, indicate the results you would expect, over what period of time. Short-term results are better than long-term, considering political cycles, but not always necessary.

It’s often worth stepping back and thinking about possible evidence and data beyond your sector.

Say you were trying to convince New Zealand’s government to adopt Ireland’s peer-mentoring scheme to support female entrepreneurs. Right at the top, you should point out the quick results: In its last round, participants’ businesses experienced combined sales growth of 28 percent ($8.9 million) over just six months.

It’s often worth stepping back and thinking about possible evidence and data beyond your sector. It will grab a policymaker’s attention if your proposal solves for multiple outcomes. For example, will implementing a women’s empowerment policy also lower unemployment rates, or benefit young children?

A few statistics can be powerful, but too many are confusing and easily forgotten. Situate figures by comparing to a global average, or make them meaningful by relating to everyday values readers can grasp quickly.

Policymakers sometimes face cognitive overload; people continuously thrust reports and briefings in front of them. And, like all of us, they are both “system one” and “system two” thinkers, per Nobel Prize Winner in Economics Daniel Kahneman; one system relies on emotions and instinct, and the other, rationality.

Economist Daniel Kahneman described two systems in the brain used for thinking and how much of our thinking occurs in each | Photo courtesy: SSIR

In their recent academic paper on communicating with policymakers, Paul Cairney and Richard Kwiatkowski point to behavioral science-based recommendations: “Remember the cognitive burden of your presentation. … combine facts with emotional appeals … tell simple stories with a hero and moral.”

Sharing real-life examples, such as a short paragraph about a person affected by your solution, and using images with emotive appeal make communication more memorable.

6. Make it clear which partners you need and how much money it will take

It usually requires more than one department to carry out an entire proposal. Think about which other agencies or government stakeholders need to be involved, and which private or nonprofit organizations could be potential partners.

Show the policymaker how to sell the idea. We often hear how a large amount of civil servants’ time involves convincing their peers, political leaders, and citizens. Give them the arguments, data, infographics, and experts to do this.

Even if you can’t be precise, it’s critical to give a sense of scale: thousands, millions, or billions?

And remember that public servants, spending public funds, need to focus on money. Estimate how much your solution will cost, and how much it might save in the long run. For example, New York is reducing black women’s high rates of maternal mortality by offering pregnant women support of doulas (non-medical helpers) and through improved data collection to the tune of $1 million. That could sound like a lot of money until you know that the cost of severe maternal ill health in New York exceeded $17 million each year from 2008-2012.

Even if you can’t be precise, it’s critical to give a sense of scale: thousands, millions, or billions? One way to find a cost estimate is to look to other countries who have implemented similar initiatives and see if they’ve published data.

Like all of us, public servants feel more confident advocating for an idea if they know another region or country—or better yet, several countries—has implemented it successfully. Humans tend to see actions as more appropriate when we know others are doing them too.Early in your communications, point to concrete examples of where your idea has worked in real life.

If possible, find a public servant who has been involved in implementation elsewhere, and get a testimonial. You might even be able to connect them with the policymaker you’re engaging with—having another public servant support your case will rapidly increase trust.

8. Stay as apolitical as possible

Try to focus on evidence and facts, rather than the politics that may surround them, and to use a platform trusted across the spectrum to voice your ideas. We’ve found that often policy solutions are deliberately and unnecessarily politicized, which narrows your audience and reduces the scope for a fact-based debate about what makes the lives of citizens better.

In The Checklist Manifesto, Atul Gawande outlines the importance of a simple checklist, reminding you to do the obvious-but-necessary things to improve your outcomes. You can see these eight tips as a checklist to communicate with policymakers more effectively, whether you’re writing a case study, a classic op-ed, or even a fun listicle (people in government like to have fun, too). The average OECD government spends approximately 40 percent of its gross domestic product on government itself. Influencing policymakers through good communications can have big impact, at scale.

This was originally published on Stanford Social Innovation Review. You can read it here.

Tags: nonprofit communications, public policy
We want IDR to be as much yours as it is ours. Tell us what you want to read.
writetous@idronline.org 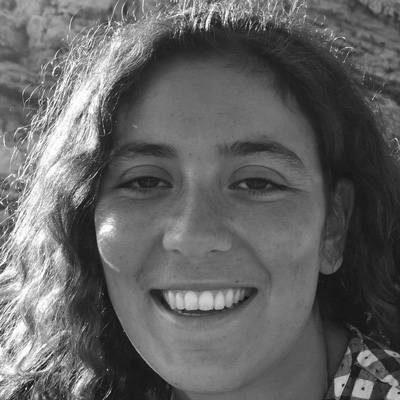 Odette Chalaby is assistant editor at Apolitical. She is responsible for commissioning and editing all thought leadership for the platform. She is a former policy journalist with particular expertise in gender equality policy and government innovation. She was recognised by the Solutions Journalism Network with an award for her reporting. 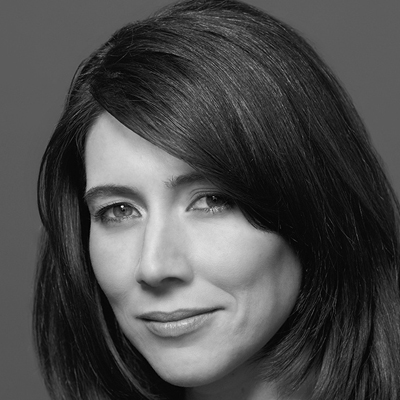 Lisa Witter is co-founder and executive chairman of Apolitical, a global platform for government used by public servants in 140-plus countries, including mayors and ministers. She is an expert in behavioural science, sitting on the Global Agenda Council on Behaviour for the World Economic Forum for six years, and now chairs the Global Future Council on Agile Governance. She’s a former executive with Fenton and a former public servant. 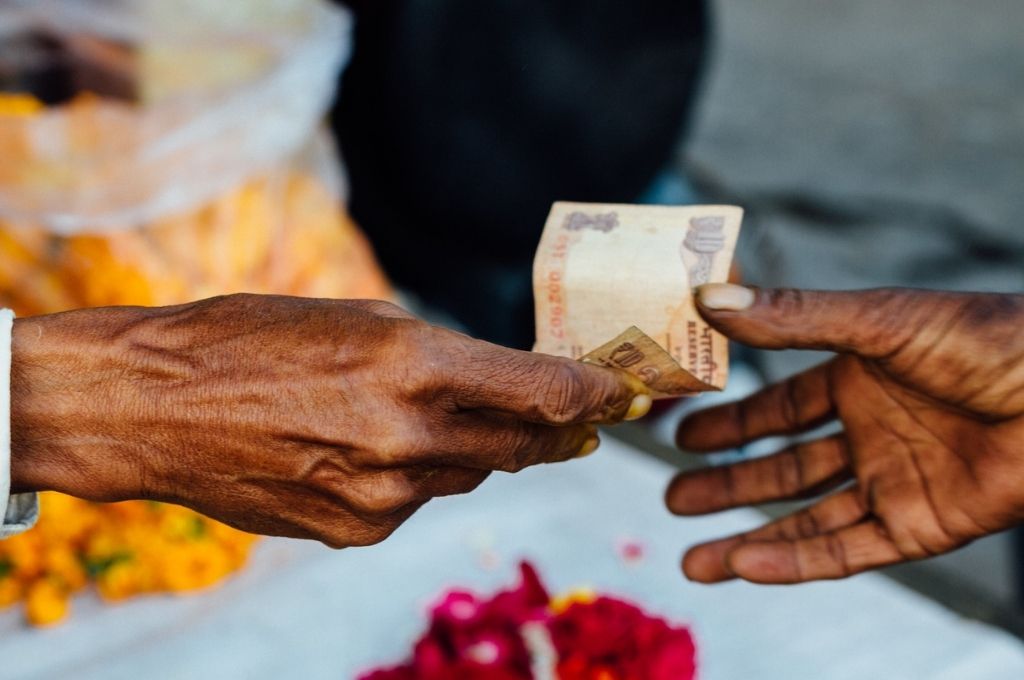 Fundraising & Communications
Growing anxiety around FCRA renewals
Nonprofits are experiencing uncertainty about the status of FCRA renewals. Here’s what can be done to ensure that their operations continue smoothly.
by Shipra Singh, Ved Arya | 4 min read