Supporting employees with invisible disabilities in the workplace

Five ways in which organisations can create inclusive policies for people with invisible disabilities such as autism, ADHD, and depression.

If you see someone at work using a wheelchair, wearing a hearing aid, or using an assistive device, you can be certain that that person has a disability. But not all disabilities are obvious in plain sight. Invisible disability is an umbrella term that captures an entire spectrum of hidden disabilities or challenges that are primarily neurological in nature.

Some examples of invisible disabilities include autism spectrum disorder,  depression,  diabetes, and learning and thinking difficulties like attention deficit hyperactivity disorder (ADHD) and dyslexia. These disabilities can slow down or interfere with a person’s work, personal, and social life. These challenges shouldn’t just be seen as individual medical concerns. They should also be viewed from a social perspective since an individual’s environment, including their workplace, plays a vital role in either worsening the situation or offering comfort.

Now is the time for organisations to rework their policies

According to a report by the World Health Organisation, the urgent need to redeploy health workers for COVID-19 emergency response efforts, weakened the provision of mental health services to people with pre-existing mental health conditions. People with dementia, for instance, needed additional support during the pandemic, as they found it difficult to remember and follow essential COVID-19 instructions. Add to that the effects of downsizing and pay cuts within companies; workspaces going entirely digital and therefore increasingly inaccessible to many; longer isolation periods, and social distancing. Not to mention, we still know nothing about the potential side-effects of COVID-19 medications on people with mental illnesses, owing to a lack of research. All of these factors and more, have had a psychological effect on people over the past year, and more so on those with disabilities.

As workplaces across the country begin to reopen, it’s important to work on strategies to build a more supportive workplace for employees. This is especially vital because often people do not disclose their disabilities, for fear of how it might impact their colleagues’ perceptions of them and their career path within the organisation.

How can organisations help support employees with invisible disabilities?

According to a 2017 study conducted by the Centre for Talent Innovation in the US, almost 30 percent of the white-collar workforce lives with invisible disabilities. These often go unnoticed, unless people themselves express them, openly. Unfortunately, India lacks sufficient data on this, so we don’t even know the extent of the problem here. What we do know is that we are largely ignorant when it comes to the day-to-day difficulties that the people around us face as a result of their disabilities. For example, someone with chronic fatigue may be perceived as lazy when they take time off from work, or need rest during the day. Understanding the root of the problem and designing policies accordingly, can help provide a more supportive environment for people.

Here are some ways in which organisations can make the workplace more inclusive for people with invisible disabilities.

Organisations need to go beyond occasional information and awareness sessions on inclusivity, and instead put concrete implementable measures in practice. These should include policies and in-house workshops to orient employees on appropriate and sensitive etiquette and communication when interacting with people with disabilities. These efforts then need to be reinforced with constant feedback mechanisms.

Organisations can also create a buddy system, whereby employees are paired up with colleagues who have a disability. In this system, the two employees would work with each other to create a conducive, comfortable workplace that best suits their needs and provides a space to talk about any concerns or questions. Such support networks can help increase retention rates among employees with disabilities.

These measures can help create better acceptance across the company, and can also create a comforting atmosphere for those with invisible disabilities, to be more open about their issues.

It’s likely that most people will not be well versed with what counts as an invisible disability, and how it manifests in a person’s life. This lack of understanding can result in ill-informed perceptions about those with disabilities, which in turn can impact workplace culture and productivity. For this reason, sensitising and educating employees becomes non-negotiable.

3. Encourage a feeling of job security

Providing job security isn’t only about assuring unconditional employment stability. It can also mean employee engagement measures coupled with performance improvement programmes. This sends a message to employees that the organisation is invested in their well-being and professional growth. It’s important that the HR department ensures that all such efforts are inclusive. Moreover, at times of unusual crises like the ongoing pandemic, or any other downsizing measures, employees with disabilities must be treated on par with others, rather than letting them go before other employees.

4. Review the type of accommodations your company offers for people with disabilities

People often assume that making special accommodations in a workplace set up for people with disabilities is costly. But this is not always the case. The monetary and non-monetary returns on the investments made on such arrangements are significant. In fact, a 2018 study by Accenture discovered that companies that adopt best practices for hiring and supporting people with disabilities achieved, on an average, 28 percent higher revenue, double the net income, and 30 percent higher economic profit margins than their peers. According to the report, the key contributing factor for these outcomes is that employees with disabilities tend to perform significantly better in the presence of an encouraging work environment that is conducive to their specific needs.

While living with a disability is a challenge in itself, having to deal with the discrimination, stigma, and lack of infrastructural support makes the difficulty worse.

For instance, a person with a chronic condition might need a flexible start time or break time for medication. Allowing them that, will automatically help them manage their condition without making it a big deal within the organisation. If an employee is unable to commute, creating a work-from-home structure can be helpful. If a team member has issues with memory and recall owing to a learning disability, you can build in a practice where employees are given written instructions for job duties rather than relying on verbal communication. Understanding the root of the problem and designing policies accordingly, can help provide a more supportive environment for people.

While initially, such tweaks might take adjustment on the part of colleagues, with time, acceptance replaces resistance.

Another support system corporations can provide for is having an insurance plan with mental health coverage in place. Or by offering free services, such as coaching on mental health and managing stress, as part of the employee benefit package.

While living with a disability is a challenge in itself, having to deal with the discrimination, stigma, and lack of infrastructural support makes the difficulty worse. There’s a lot that organisations can do to address these issues, and it’s high time we made a more concerted effort to support our colleagues.

Tags: disability, inclusion, PWD, RPWD Act
We want IDR to be as much yours as it is ours. Tell us what you want to read.
writetous@idronline.org 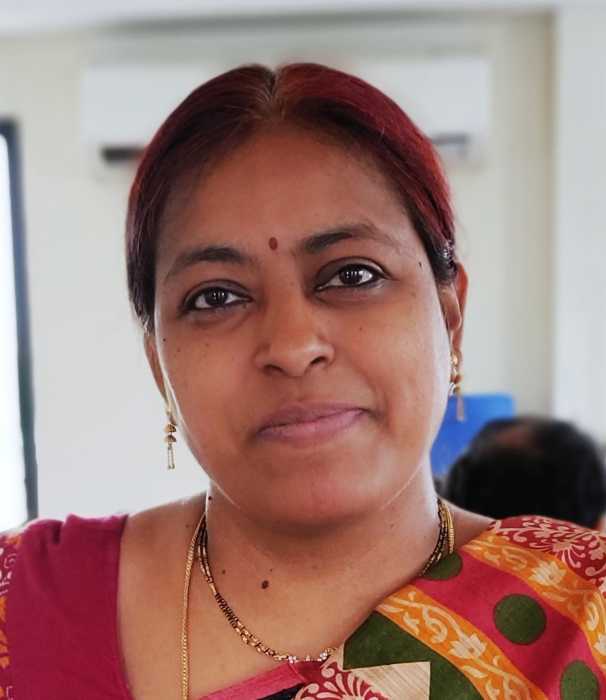 Srilakshmi Bellamkonda heads the skill development initiative for people with disabilities (PwDs) at Dr Reddy’s Foundation. She is instrumental in designing and driving livelihoods programmes for PwDs within the organisation. 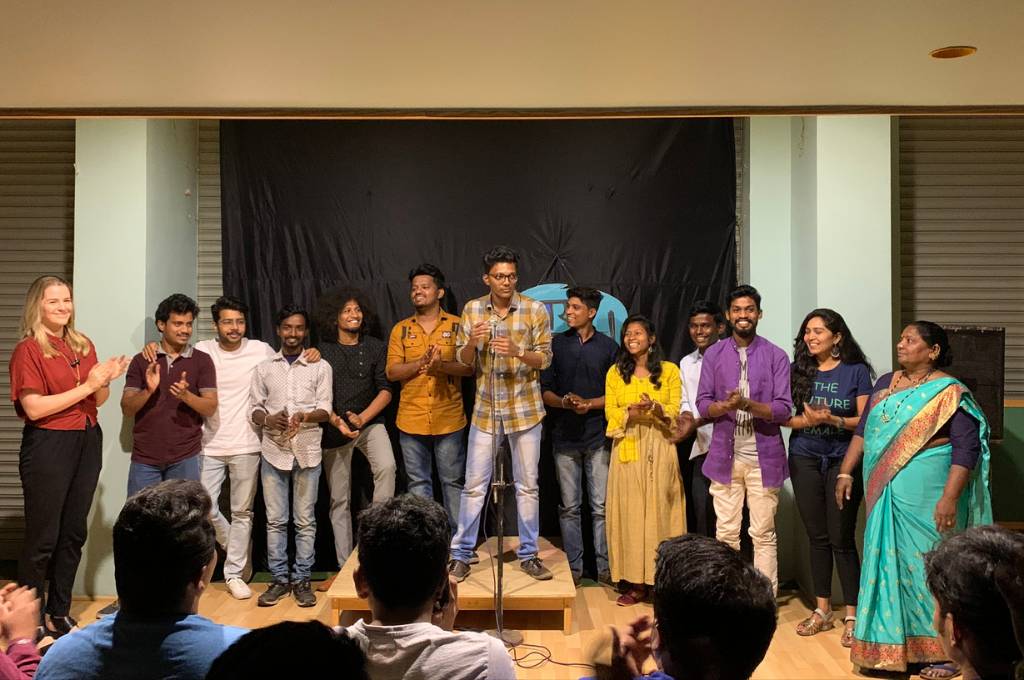 Diversity & Inclusion
Art for social change: To what end?
The social sector typically uses art for awareness and behaviour change. Going against the grain, a Marathi comedy show emerges with some valuable lessons.
by Seema Nair | 6 min read 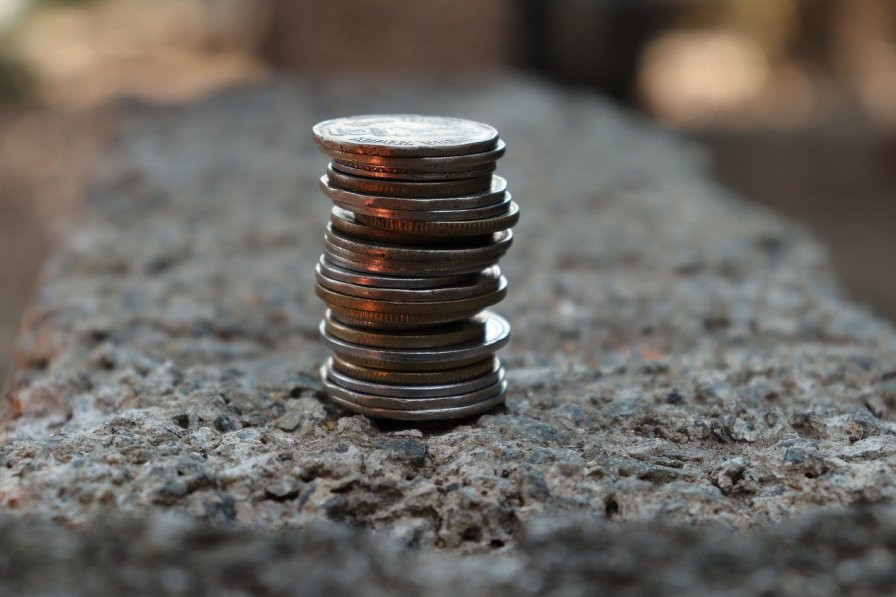 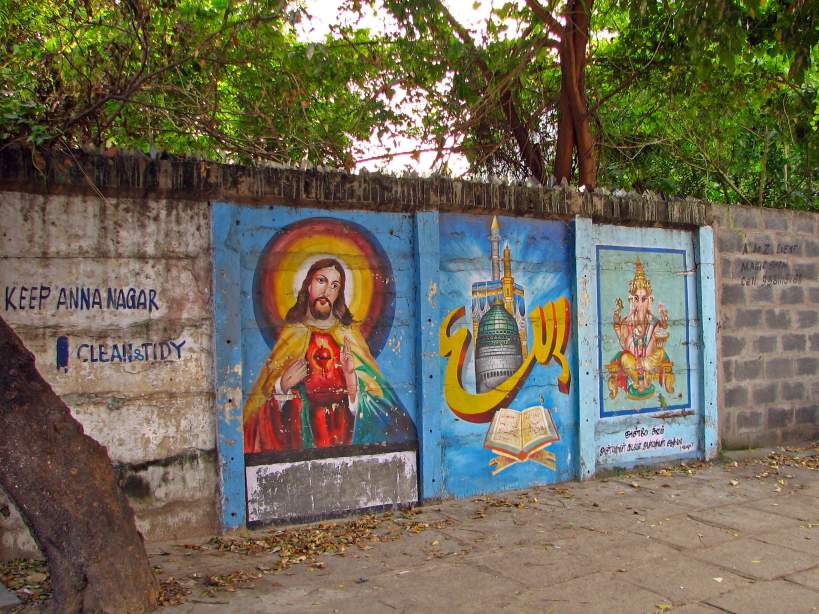