The Union Budget 2020 does not align with the central government’s promise to Indian farmers to double their incomes by 2022.

In February 2016, the central government had set a goal of doubling real incomes of farmers by year 2022, from the baseline income of 2015-16. The time of declaration was considered most appropriate as the farm sector was struggling to recover from a severe drought. Farmer incomes had declined, there was rising indebtedness among farm households, and a sharp increase in farmer suicides. At the macro level, the contribution of agriculture to the country’s GDP was only about 18 percent, even as agriculture accounted for 50 percent of employment.

The target set by the central government was ambitious—a real growth rate of 10 percent every year from 2016 onward. We have crossed the half way mark to 2022, and it might help to reflect on where we stand today.

According to the Economic Survey 2019-20, the average annual real growth rate of agriculture and allied sectors has stagnated at 2.9 percent, in the past five years. To make up for this lag, the farm sector needed to grow at 12-15 percent annually in the next three years, to reach anywhere close to the target. The existing set of policies and actions on the ground have so far proven to be grossly inadequate to stimulate growth in the farm sector. It is in this context that the country had been waiting for the policy and budget declarations this year.

The Union Budget for 2020-21 that was presented by India’s finance minister on February 1st, included a small increase in the agriculture budget—from INR 1.39 lakh crore last year to INR 1.43 lakh crore. Given the current state of rural distress, a much higher allocation of budget was expected.

The finance minister listed out a 16-point agenda to stimulate rapid growth in agriculture, with a clear focus on organising supply chains and linking farmers to the market. This included asking the states to adopt model agricultural laws, a ‘one product one district’ approach, an emphasis on inventory storage in villages, geotagging of warehouse and cold storages, and the idea of Krishi Udaan and Kisan Rail. These announcements however beg the question: are our farmers ready to partake in market-based models? Can they leverage supply chains?

This is not the right approach for smallholder farmers

Today, almost 90 percent of Indian farmers are small and marginal landholders. About half of them, living in the vast stretches of the central and east Indian plateau, practise rainfed farming due to lack of irrigation. Farming is typically limited to monocropping, and is done only in the monsoon months. Crop productivity is abysmally low, and most often does not create any marketable surplus.

The supply chain and market focused approach of the government is in conflict with this reality. Rainfed farmers hardly have the wherewithal to increase productivity and follow supply chain regimentation. Their inclusion in supply chains will require substantial public investment in irrigation, soil-water conservation, agronomic training, and an overall improvement in the support ecosystem. But our current budget allocations do not match these requirements.

Take the example of irrigation: about 52 percent of cultivated land area (72 million hectare) in the country is not irrigated. Creating basic irrigation facilities will require investments to the tune to INR 3 lakh crore. Over five years since 2016, the government could have allotted INR 50,000 crore every year to cover substantial a area under irrigation, and assist smallholder farmers to do commercial agriculture. However, PMKSY, the government’s flagship programme for irrigation, has an annual budget allocation of just INR 4,000 crore. This does not communicate the seriousness of the government to transform the agriculture sector. 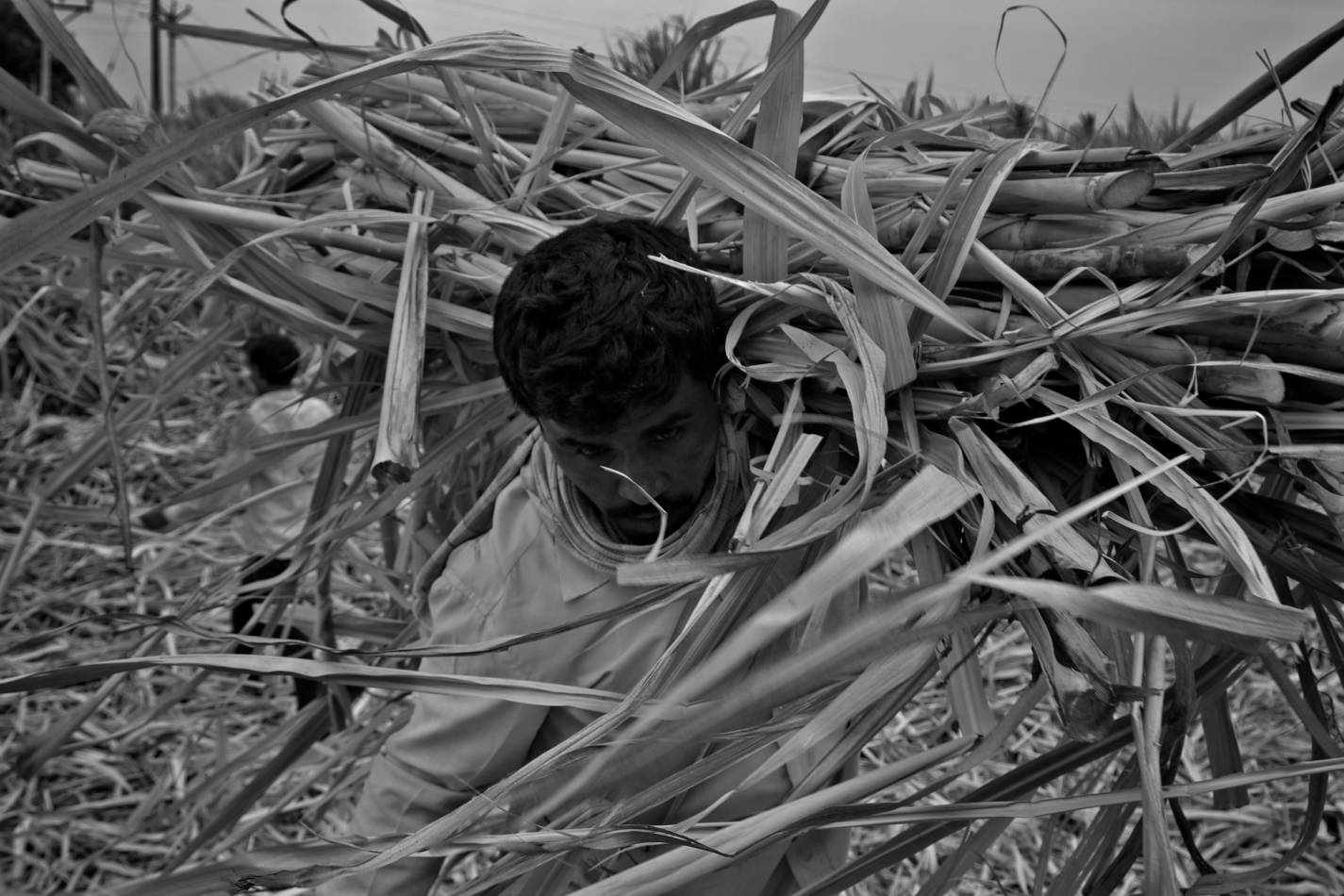 There is a need for imagining different approaches and economic models to onboard all sections of farmers onto a growth trajectory. | Picture courtesy: Arjun Swaminathan

There are also farmers living in the river basin areas, who are familiar with modern farming and mainstream markets. However, high population pressure on land has resulted in extremely small and fragmented landholding, affecting overall productivity and resource-use efficiency. Often, they operate in parcels of lands so small that even major increases in crop productivity would not lead to a sufficient rise in income. Here, the major challenge is to ensure their retention in the supply chain, since the cost of aggregating and coordinating several thousand smaller farmers to reach economies of scale often makes the supply chain uncompetitive.

About a third of the farming community would be able to make real use of the budget provisions.

The model proposed in the budget is more aligned to the needs of medium and big farmers, who constitute 10 percent of all farmers in India. Another 25 percent of smallholder farmers, who are better educated, enterprising, and ‘mainstreamed’, could also be added to this number. Together, about a third of the farming community would be able to make real use of the budget provisions. However, these farmers are already leveraging multiple agricultural schemes that offer them asset subsidies, cheaper credit, crop insurance, and so on. Those excluded from these schemes would likely remain excluded from the market and supply chain focussed model as well. At an aggregate level, this will allow only a marginal increase from the current rate of growth.

We need different approaches for different sections of farmers

So, how can we attain a 12-15 percent rate of growth in farm and allied sectors? For a country as vast and diverse as India—in terms of agro-ecology, resource endowments, human capability, and so on, there cannot be a one-size-fits-all design. There is a need for imagining different approaches and economic models to onboard all sections of farmers onto a growth trajectory.

Since agriculture is a state subject, the responsibility to lead the initiative also lies on state governments. This might require state agriculture departments to be overhauled and revamped, to make them more efficient.

The shift from subsistence agriculture to commercial farming for smallholder farmers would require production support, adequate capital availability, bulk marketing of produce, and overall institutional stability, among other things. Farmer Producers Organisations (FPOs) have the potential to provide some of these, but enabling them to assume this role would require innovative collaborations between state, civil society, and the private sector.

Finally, there has to be a strong measurement system in place to validate the efficacy of interventions. It is worrisome that there is no system to estimate farmer income at regular intervals. Interventions done at national scale and significance should have mechanisms to periodically inform the nation about its progress.

Tags: rainfed agriculture
We want IDR to be as much yours as it is ours. Tell us what you want to read.
writetous@idronline.org
ABOUT THE AUTHORS 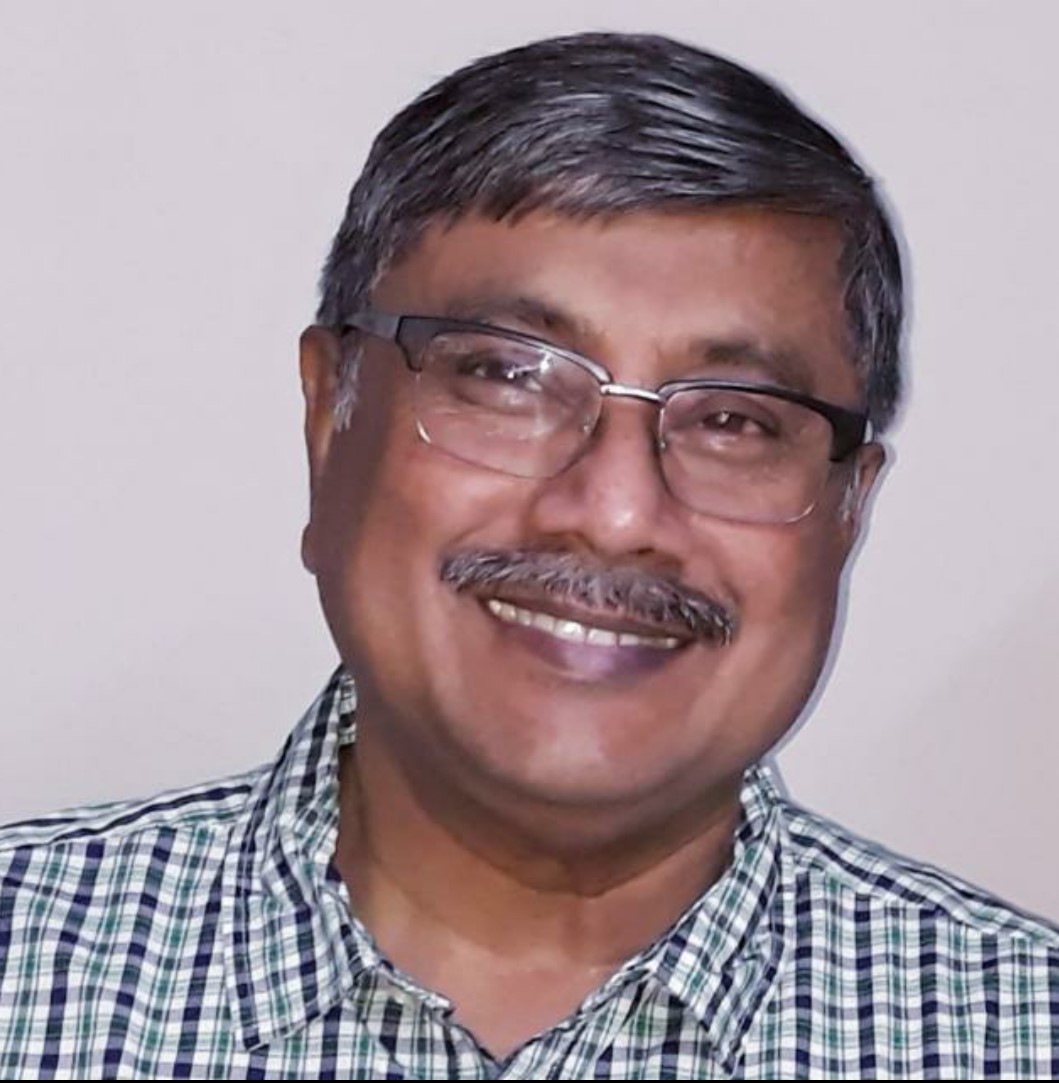 Satyabrata is an integrator at PRADAN’s Development Engagement Support Unit. He has more than 30 years of experience in promoting farm-based livelihoods for smallholder farmers across seven states of India. He holds a master’s degree in agriculture from Bidhan Chanda Krishi Vishwavidyalaya, West Bengal.