Building inclusive communities is the task of civil society

Until communities stop excluding people based on gender, caste, class, and religion, efforts to achieve the SDGs will always fall short.

Civil society, which is often referred to as the third sector, has played a pivotal role in shaping the Millennium Development Goals (MDGs) and Sustainable Development Goals (SDGs), and continues to work alongside key actors from the state and markets in areas of policy, planning, and execution.

Over the last few decades, civil society has also started playing new roles, such as serving as a subject matter expert, by bringing field knowledge and experience to shape policy and programmes; as a capacity builder by providing training; and as an incubator, helping design and pilot solutions to address social problems.

There is a common theme to all these roles. As facilitators, conveners, innovators, service providers, or advocates, all are focused on engaging with the state and market, helping them function better for improved human development and well-being.

While this is necessary, the disproportionate focus on these two stakeholders has resulted in under-prioritising the mandate of helping communities become inclusive and progressive.

Inclusive communities are vital for achieving the SDGs

Improving governance and markets alone will not lead to achievement of the SDGs; it requires communities to become inclusive. With communities excluding people based on gender, caste, class, and religion, efforts by the state, markets, and civil society to achieve the SDGs will always fall short.

The dominant view is that it is best for the community itself to address its limitations, however, it doesn’t necessarily happen.

Most people in civil society agree that communities must become more inclusive and vibrant; however the dominant view is that it is best for the community itself to address its limitations. There is certainly merit in this view; however, as we have learnt from history, it doesn’t necessarily happen.

While progress is possible, it is not inevitable. It requires systematic and sustained efforts over long periods by multiple stakeholders. Also, in some cases we can see a reversal happening, or progress being halted.

Consider the gender gap: after years of progress, the gap actually widened in 2018. As per the Global Gender Gap Report 2018, of the four pillars measured, only one—economic opportunity—showed a decrease in the gender gap in 2018. The other three pillars—education, health, and politics—actually saw the gap widen.

One reason could be evolutionary. While civil society has been able to become autonomous from government and market, it has close ties to the community, since it has evolved alongside it. The distinction between community and civil society is therefore often blurred. 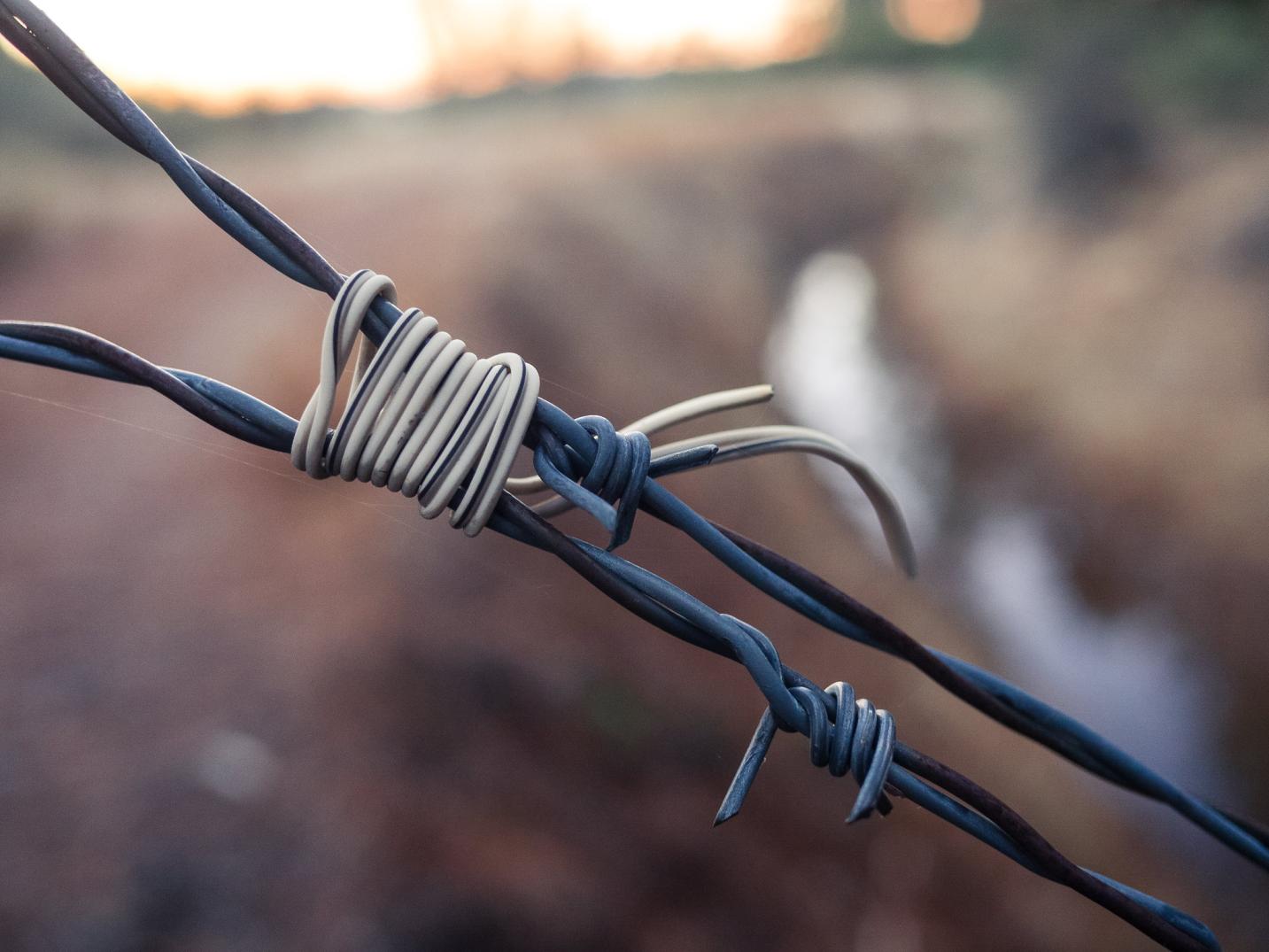 Civil society prefers to focus on the strengths of the community, while choosing to overlook its exclusionary structure and practices. | Photo courtesy: Flickr

This often creates an existential dilemma for civil society, and hence it prefers to focus on the strengths of the community, while choosing to overlook its exclusionary structure and practices. For instance, if a nonprofit is working with the government to improve its immunisation programme, the goal is about universal coverage, and less about why certain groups and communities remain underserved. Similarly, in education, the focus is usually on improving learning outcomes at an aggregate level, while overlooking the fact that gains may vary significantly between caste and religious groups.

This partly happens because trying to address issues around caste, gender, patriarchy, and so on, may offset some of the likely gains that one may achieve in improving coverage of interventions or quality of outcomes, especially in short- to medium-term.

Related article: The moral questions every leader must ask

But are we missing out on the opportunity to help communities become more inclusive?

There are several examples where civil society organisations have worked on improving the access and quality of service delivery by state or markets to communities, but have missed out on the opportunity to tackle social norms, patriarchal attitudes, and discriminatory practices within the same community.

During the Rajasthan floods of 2006, it was reported that Dalits were asked to leave relief camps for fear of ‘polluting others’. During the Kosi flood in Bihar in 2008, it was learnt that during the relief phase, segregation in relief camps and debarment from camps where dominant castes were settled was the norm. In some cases, Dalit families were not registered at all in the relief camps. There were also incidents of violence against Dalits during the Bihar floods of 2007.

These are not one-off incidents. A study based on a sample of about 531 villages from five states—Uttar Pradesh, Bihar, Andhra Pradesh, Tamil Nadu, and Rajasthan—reported exclusion and discriminatory treatment by upper caste parents in the delivery of the government’s mid-day meal schemes and public distribution system.

Another study revealed that 94 percent of Dalit children experienced discrimination from grassroots-level workers in the form of ANMs’ not entering their houses to administer healthcare services.

There has also been evidence from pilot studies, which indicate that Dalit women face discrimination and exclusion from participation in certain categories of jobs, because of their association with manual scavenging. The notion of purity and pollution of occupations forbade women who belong to sweeper community from being employed as cooks or maids.

Civil society needs to change this

Improved governance and markets alone will not be sufficient to make progress and achieve SDGs. In the past decade, India’s GDP has grown by around six percent; however there has been a substantial decline in female labour force participation from 34 percent in 1999-2000, to 27 percent in 2011-12. While there are several reasons for this, patriarchal attitudes, the lack of agency and control, and lower status are contributing factors.

As much as we would want, improvements in community will not happen on their own.

In fact, increased economic empowerment can also lead to instances of community and individual backlash against women and girls who exercise their agency, and challenge gendered socio-cultural norms. Evidence shows that an increase in women’s access to financial resources can exacerbate marital violence. Other cases of backlash include withdrawing girls from school, marrying them off, and even honour killings.

As much as we would want, improvements in community will not happen on their own. Civil society must play a much larger role than what it is doing currently. And it is very well poised to do this, given its close connections with the community. It can establish partnerships with community leaders, groups, and individuals to drive this change.

However, we are seeing some change

If you look at the caste dynamics today, some of it has changed in the economic sphere. In agriculture (the primary source of livelihood for rural India) earlier, only certain castes could take land on rent, while other castes worked as labourers. But as new opportunities came about, the economic model shifted. Non-farm based jobs opened up and people could opt for those. Given the dearth of labour, upper caste communities, who wouldn’t give their land for shared cropping to certain caste groups, started giving it to lower caste farmers.

However, this progress has not translated into changes in the social and political spheres. Social interactions continue to be extremely limited—marriages between castes is still rare; as is going to each other’s social gatherings. The same holds for politics, where political configurations are still caste-based, since it is primarily about the annexation of power and resources.

Bringing about change in these spheres is difficult; however it is critical that these issues are articulated and civil society considers working on them. Helping communities become inclusive and progressive has to be part of our central agenda.

Civil society may consider a similar approach to how it works with the government. Despite facing numerous dichotomies, such as presence at scale but limited execution capacity; co-existence of accountability mechanisms and unequal power structures; or stated intent to maximise welfare while managing entrenched vested interests; civil society recognises that it has to deal with all parts of the government—the good and the bad. And that’s an approach it can adopt while working with community.

There will be challenges in the form of finding ways to redraw and balance relationships with community, the need for new knowledge and tools, and additional resources and mechanisms to overcome setbacks and failures. But that should not detract us from the fact that there is more than a compelling case for civil society to move in this direction.

Tags: caste, civil society, community, dalits, gender equality, inclusion, inclusive development, SDGs
We want IDR to be as much yours as it is ours. Tell us what you want to read.
writetous@idronline.org
ABOUT THE AUTHORS 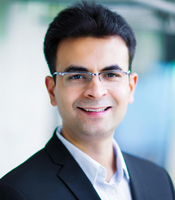 Shamik is CEO of Dr Reddy’s Foundation. He joined in 2015 and has extensive experience leading and managing large social sector programmes aimed at improving lives of the poor in partnership with communities, government, development agencies, and the private sector. Before joining DRF, he was the Chief of Party of Bihar Technical Support Programme for CARE India. Over the years Shamik has worked with leaders in both the public and private sectors, including GoI, BMGF, DFID, EU, and Indian and international nonprofits. His core interest areas are strategy, organisation building and leadership.