Based on the global experience of similar exchanges, this article suggests recommendations to strengthen the governance and accountability of the proposed SSE.

The recent report on India’s proposed social stock exchange (SSE) may not succeed if we do not closely consider potential unintended consequences. To ensure the next iteration of the report reflects the views of nonprofits, philanthropists, investors, and social enterprises—all of whom will be impacted by the SSE—the Securities and Exchange Board of India (SEBI) is seeking public feedback on the report’s recommendations by August 15th, 2020.

This article seeks to highlight concerns and considerations, especially for nonprofits, based on the global experience of similar initiatives in the UK, Brazil, Canada, South Africa, Kenya, and Singapore. The author’s opinions are formed by his experience with both nonprofits and social enterprises in India, as well as in the UK and Europe, and more than 20 years of international leadership experience with a leading global financial institution. Views about the UK social stock exchange here reflect those of several experts in the UK.

Almost all of the SSEs that have been set up in other countries have failed to achieve their objectives, or have remained small, or are not even ‘exchanges’ in the true sense of the word. Rather, many are only directories of information. In the case of India, the SSE makes sense in theory, and if we can make it work well, we must. The starting point in our mind, however, is not the technicalities, but an overarching principle that the SSE should be highly ethical in its governance and accountability—indeed much more than the conventional stock exchange—else the same transactions can be done on a conventional stock exchange.

On technicalities, the proposed use of SEBI’s current platform for the SSE makes sense. We believe the proposed tax-incentives and the INR 100 crore fund are also positive recommendations, which seem to be needed to promote the SSE. The financial instruments that have been highlighted are also innovative ideas.

Still, there are several other factors that need to be addressed. Here are our recommendations:

We recommend: For the next iteration of this report, the SSE working group (WG) must include equal membership from nonprofits, so their practical experiences are reflected.

The SSE sales-pitch appears to rest on nonprofits to begin with, yet they are not well-represented in the working group, and do not seem to have influenced the WG discussions directly and substantially thus far. The nonprofit comments in the annexure of the report are noted, but there seems to be no change in the report as a result of them, though they may well be planned for the next version.

In the UK, the SSX idea and implementation was driven by ‘city people’ and for some, that is one reason for its failure. We must avoid this in India, especially if the SSE is to assist the nonprofit sector in any significant and impartial way.

We recommend: Either exclude nonprofits in the starting phase of the SSE until it proves itself, or at the bare minimum, separate the nonprofit and for-profit enterprise (FPE) exchanges.

Nonprofits seek only social impact. For-profit enterprises in contrast, seek profit by selling goods and/or services, albeit to achieve social impact. Global experience suggests that often, FPEs land up trying to prioritise profit over impact and therefore can suffer from mission-drift. In addition, as the proposal does not define FPEs, it’s open to misuse by imposter FPEs.

The proposed mixed-platform structure provides credibility of nonprofit organisations to the SSE given their size, scale, reputations, and impact. While this may help the SSE start off better and increase funding for nonprofits over time, we believe that the main beneficiary of this ‘halo effect’ will be the FPEs.

The SSE could become a reason for FPEs dominating Indian philanthropic giving, due to their access to professional intermediaries.

We also believe that, over time, this mixed-platform structure will move many (‘less sophisticated’) philanthropists from funding nonprofits to FPEs as they see a financial return on their investments with professional sales-pitches by FPEs, who will be able to pay intermediaries from their profits. Nonprofits will be unable to match that despite the initial INR 100 crore capacity building fund that has been proposed. Given this, the SSE could then become a reason for FPEs dominating Indian philanthropic giving, due to their access to professional intermediaries.

Additionally, with this structure in place, the SSE shouldn’t inadvertently end up encouraging nonprofits to start playing a valuation game, that is, for instance, possible with impact bonds. This unfortunately happened to some degree in the UK. 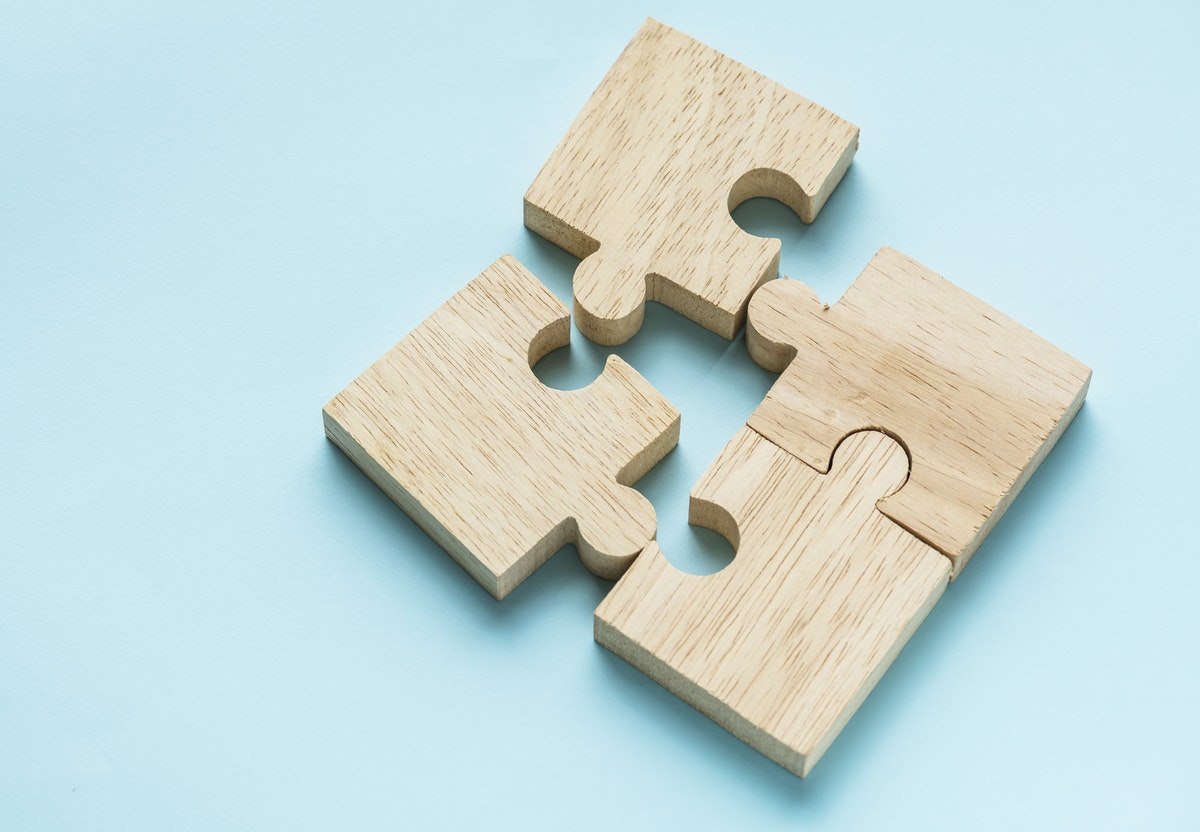 We recommend: The efforts to promote the SSE must not lead to nonprofits having lower tax incentives than FPEs.

We recommend: In the absence of a concrete definition for FPEs, consider having a few ‘tests’ defined for FPEs to list, or have an independent ‘admissions panel’ to approve investees.

The report rightly highlights the need to avoid imposter FPEs and seeks SEBI’s assessment on FPEs. This may work as SEBI does indeed manage the listing requirements in India very well. There will need to be a similar clear listing requirement for SSE investees, including a minimal definition of an FPE, and their social impact credentials. These will need to be stipulated, checked, and later monitored by SEBI.

An admissions panel can approve investees, and review them annually, at least for the first 3-5 years of the SSE, after which this process can be eased, depending on the credibility built by the exchange in keeping imposter FPEs away. The panel can also approve ecosystem players, with a light touch, to ensure quality and value-aligned intermediaries.

Related article: A nonprofit’s guide to the social stock exchange

We recommend: The minimum reporting standards for FPEs should include a robust declaration of ownership, ‘interests’, and salaries or compensations of owners, directors, and senior employees.

Misuse of CSR and foundation funds in India, for family and friends, is not uncommon. There are a number of regulations for nonprofits to control this and even those need to be improved to check improper practices. One can imagine the misuse of FPEs given the current malpractices we see.

Thus, it’s our recommendation that any ‘listing criteria’ must include these details, as well as a ‘declaration of interest’ by owners, directors, or senior executives regarding suppliers, buyers, and beneficiaries, and these should be renewed at least annually.

We recommend: Carrying out a rigorous demand assessment to understand how donors and investors view the value of the SSE, and whether both FPEs and nonprofits see the benefits of the various financial instruments proposed.

It is our belief that most donors want a close relationship with their nonprofit partners. They seek to understand and monitor them, themselves. In our discussions with a few large corporates and foundations recently, they highlighted that they do not feel the need for the SSE, though of course, they may be missing the potential.

When it comes to retail giving, we know that individuals often donate only to well-known nonprofits. We also know that Indian crowdfunding platforms for nonprofits add insignificant donations from their own databases and promotions, although they do serve as convenient payment portals for marketing.

The SSE’s primary value cannot be tax-breaks alone, which might end up creating an undesirable class system among nonprofits.

Given this, isn’t it better that these proposed tax-breaks to nonprofit donors are provided irrespective of the SSE? And that we assess donor demand for the SSE, so we may accordingly communicate the value the SSE can provide to the sector?

In this vein, has there been any formal robust demand assessment for some of the anchor financial instruments proposed, such as the zero coupon zero principal bond?

Informal conversations with large social impact donors and impact investors lead us to believe that it would be worthwhile only with new tax incentives; but those same tax-incentives can be given to nonprofits in any case, rather than using them to promote the SSE. The SSE must add value by way of liquidity, depth, efficiency, and reducing friction. Its primary value cannot be tax-breaks alone, which might end up creating an undesirable class system among nonprofits.

We recommend: The INR 100 crore fund should clearly demarcate funding for nonprofit investees and make it practical for them to use it.

The INR 100 crore fund mentioned in the paper will assist organisations considerably, but once again, unless it demarcates funding for nonprofits and makes it easy for them to use it, there is a high probability that it will be used up mainly by FPE investees and intermediaries, who employ more expensive professionals and tend to engage more with intermediaries.

1. Is there a view on typical expected cost of transaction and therefore minimum deal-size?

Intermediary professionals are probably some of the highest paid executives in the social enterprise sector. Without clarity on the costs and benefits of engaging with intermediary players (information repositories, social auditors, and so on), it’s difficult to evaluate the SSE opportunity for nonprofits and donors. (FPEs and investors have benchmarks from the conventional stock exchange and can afford more, due to their for-profit model.)

2. Does the proposed ecosystem come before or after the launch of the SSE?

One of the key reasons for the failure of the UK SSX is the lack of an ecosystem before the exchange was formed. Many in the nonprofit sector believe that they already have a fairly supportive ecosystem; what they need is to strengthen these ecosystem players with the INR 100 crore fund, rather than make their improvement contingent upon creating an SSE.

In any case, it would be useful to create an inventory of current ecosystem players identified by the FPEs and nonprofits. There can also be one or two case studies to showcase the possibilities and challenges. We recommend that these are done now to plan better and for early success of the exchange.

3. What are the impact measurements of the SSE that will be reported annually?

The SSE, since it is proposed for social good, should operate itself as an FPE or nonprofit, with its own clear social impact goals. Here, a set of short-term and intermediate social impact measures, much like the recommendations provided to investees, would be a good idea. Additionally, having such measures in place would be in line with the imperative to meet the highest bar for ethical standards and governance.

Tags: fundraising, indian ngos, social stock exchange
We want IDR to be as much yours as it is ours. Tell us what you want to read.
writetous@idronline.org
ABOUT THE AUTHORS 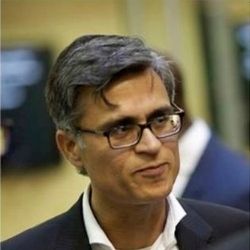 Sandeep Sachdeva is the co-founder & CEO of Safe in India Foundation, which assists injured workers in Gurgaon with ESIC (Employee State Insurance Corporation), healthcare, and compensations; and pushes for systemic improvements in ESIC and the auto-sector supply chain, where thousands of workers lose their hands and/or fingers every year just in Gurugram. He is also a board member of and strategic advisor to a number of social enterprises in the UK and Europe.