Creating the resilience to dream

What will it take for the next generation of Indians to have the same set of opportunities as the privileged urban-born in our country?

“How would you like your children to be when they grow up”, he asked.

The man asking the question was R Venkataramanan, Managing Trustee of Tata Trusts; the woman, a farmer whose income had increased tenfold to Rs 2 lakh annually through her work in the self help groups (SHGs). Although her family’s life had improved due food availability and more income, the quality of life on several counts had not changed: schools in her village were non-functional and healthcare non-existent. Her increased income therefore had not translated into better opportunities for her son.

Her statement–I want him to be like you–stayed with us. We were at PRADAN then and had been working with communities across India for over two decades. At that point, we asked ourselves: what will it take for the next generation of Indians, whoever they are and wherever they are, to have the same set of opportunities as the privileged urban-born?

Could we look beyond just providing jobs, training, and skills to a generation of men and women and instead focus on ensuring equal opportunities for their children at least?

It won’t happen on its own

Through our work in rural India for over two decades, we know that left to market forces–despite rapid economic growth and expanding government social spends–the inhabitants of the bottom 100,000 villages (of the 600,000 villages in our country), do not and will not have the same opportunities as citizens born in urban India or even other villages. Not at a systemic, mass level at least.

Sure, we have an A.P.J Abdul Kalam, who was able to get himself out of a deprived background and become DRDO chief and the President of India.  But what about his friends, his brothers, relatives and neighbours? What are the chances that they got out?  We never talk about those left behind.

Individual ascension can happen–with some education and a great deal of luck. But how do you take development to the entire village? How do you build basic resilience, so that our future generations can aspire to and achieve better lives?

This photograph is under the Creative Commons License 2.0

The stepping stones to resilience

Addressing hunger
It starts with food-sufficiency. We remember one of the first conversations we had when we joined PRADAN and one of our colleagues told us bhookhe pait bhajan na hoye. One needs food in one’s stomach before one has the ability to aspire.

[quote]One needs food in one’s stomach before one has the ability to aspire.[/quote]

When PRADAN started its work in the 1980s, addressing hunger and poverty was a priority. We believed that if you worked with communities to create strong livelihood opportunities in an empowering manner linked to government and private markets, it would have a positive domino effect on the other challenges they faced–health, nutrition, education. One had also hoped that there would be gains around the intra-family and the inter-family relationships, in terms of gender, caste, the ability to influence local decision making and so on.

But in 2005, when we did our strategy-refresh and reflected on our work in the earlier decades we realised that this whole premise of automatic spillover gains to other areas wasn’t happening.

So while there were enough anecdotes, in terms of scale the impact was limited to increased incomes–in some cases as high as Rs 1.5-2 lakh annually.

Cash flows had increased and there was more food at home. But for most households this did not translate into other important areas: child malnourishment continued to be high as did maternal and infant mortality; women had little control over their increased incomes (even though all our activity was focused on women and increasing their incomes). They had even lesser decision making powers and almost no control over assets.

Building social capital
This made us more acutely aware of the second necessary condition  for development: social capital–acquiring a voice and some sense of agency–through mobilisation of groups and communities. The SHG movement, which started in a small way in the 1980s, was taken to scale by nonprofits in the 2000s and later adopted by the government. Today there are large numbers of villagers, even in the bottom 100,000 villages, where some level of social capital has been created.

Meeting aspirations
Once this kind of foundation exists–enough food, money and some social capital–there arises an opportunity to mobilise the aspirational energy of the community. The challenge today then is clearly people’s aspirations of having equal opportunities for their next generation. 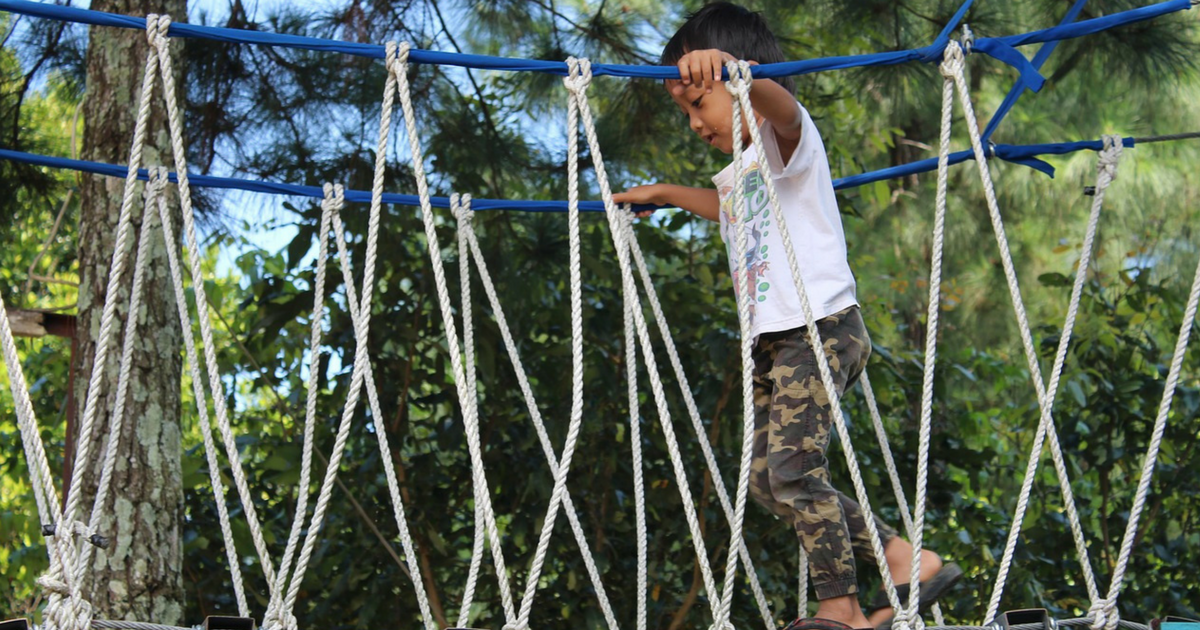 This photograph is under the Creative Commons License

But there are barriers

Traditional norms and practices limit opportunity
Consider the situation of the tribals. They have a huge sense of identity and pride and are unable to work in hotels and clean dishes; it’s not acceptable to them, unlike non-tribals where some castes will do this work in towns and cities. So the only jobs tribals end up doing are building roads and digging trenches. This is a 100 million strong segment of society and the only opportunity open to them (outside of marginalised farming) is road construction!

There is a sense of hopelessness
At the policy makers’ level, the aam janta and even within the development fraternity, there is this sense of ‘bhaiya, yaha toh kuch hone vala nahi’. Nothing can happen here.

There is a feeling of hopelessness and fatigue especially if you’ve been doing it for a long time and you see change happening really slowly. Many of us have worked on economic development issues and take pride in our work but when we seek to answer the question of what will it take for their children to be like our children and the increasing gap between the two, one can only feel overwhelmed.

There is a feeling of entitlement
We’ve reached a stage today where there is a strong sense of rights, but not of responsibilities. There is a sense of entitlement that has been seeping through in the way people think and act, and we’ve seen this increase over the two decades that we’ve been in the field with PRADAN and now TRI Foundation.

To quote one such example: We were in Hazaribagh in central Jharkhand, talking to women in an SHG. This SHG was among the top five percent of SHGs in India and was a poster child for the movement. Every year, the women distributed a dividend of INR 18-25,000 per person among themselves.

Related article: The geography of employment in India

Despite the overall economic prosperity in the village, we saw malnourished children. When asked whether the women had thought about nutrition for their children, they were very articulate. They said that they had created a citizen report on the state of ICDS in their block, had mobilised themselves and then gheraoed the officials demanding rations be delivered to their villages. They were told that the government machinery  wouldn’t be in a position to deliver rations for six months.

[quote]It doesn’t mean you let the government off the hook; you should hold them accountable. But the reality is that people are not taking responsibility for their lives.[/quote]

When we asked them, “you have the money, why won’t you buy the nutrient-rich food and feed the children”,  the women answered saying “we are entitled to the rations”! We understand there might be other factors and this may be an oversimplification, but the reality is that people are not taking responsibility for their lives.

It doesn’t mean you let the government off the hook; you should hold them accountable. But one must also focus on solving the problem; one must focus inward and see what can be done by oneself. 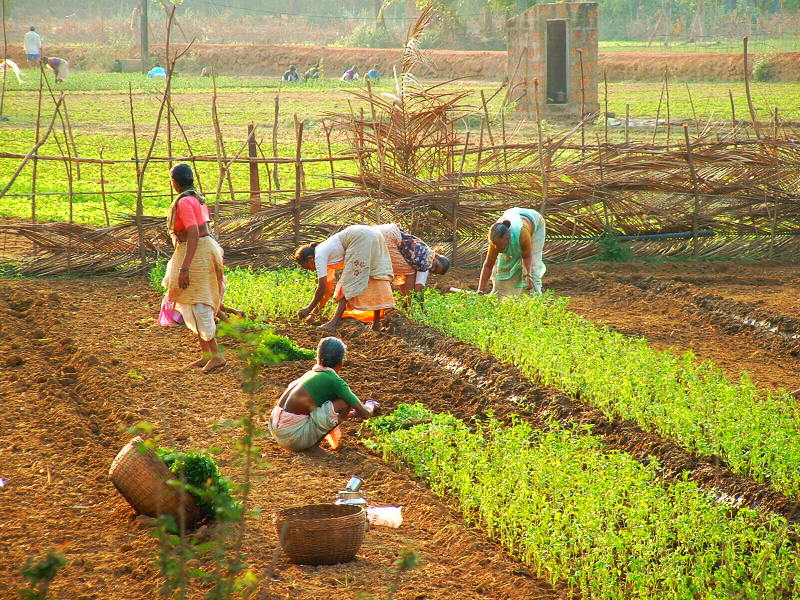 This photograph is under the Creative Commons License 3.0

We, along with the Tata Trusts and with guidance from Dr Sanjiv Phansalkar, analysed the situation on the ground. Having understood the enormity of people’s aspirations, we realised that if the development indicators had to change for good, we had to look at two aspects–things that:

For instance, in the area of child malnourishment, the women can do the recommended IYCF practices themselves. But when the child is ready for vaccination, that has to be supplied by an external entity and injected by a trained person. This external ecosystem support could come either from the government or a private, market-based enterprise.

Related article:How do you solve a problem like livelihoods?

Having understood this, we broke it down further to understand the basic things that people require to live comfortably. After several conversations across multiple states we narrowed it down to four key areas:

In order to ensure that marginalised communities can influence local decision making and are not excluded from services and infrastructure, we also included local governance and gender as cross-cutting issues as these parameters are closely interlinked.

Therefore, if we have villages where we are able to move the needle on these four result areas and the cross-cutting issues of governance and gender, then we will be in a position to say that this village has the wherewithal to thrive on its own steam and that its children are well-equipped to capitalise on opportunities across India and the world.

Connecting to urban India on equal terms to achieve those aspirations

The opportunities outside of the village are the ones that the woman who met Venkat wanted for her son. If the country is growing, the bottom two deciles of rural India should also be able to participate in this growth. However, if I have to connect with the opportunity only as a coolie, and my child also has to engage with that world only as a coolie, then that is not opportunity.

To be able to participate on equal terms and negotiate these opportunities, there has to be an interplay between what the communities can do themselves and a supportive ecosystem of public and private markets–samaaj-sarkaar-bazaar have to come together if we have to address the rural-urban cleavage.

Tags: rural India
We want IDR to be as much yours as it is ours. Tell us what you want to read.
[email protected]
ABOUT THE AUTHORS 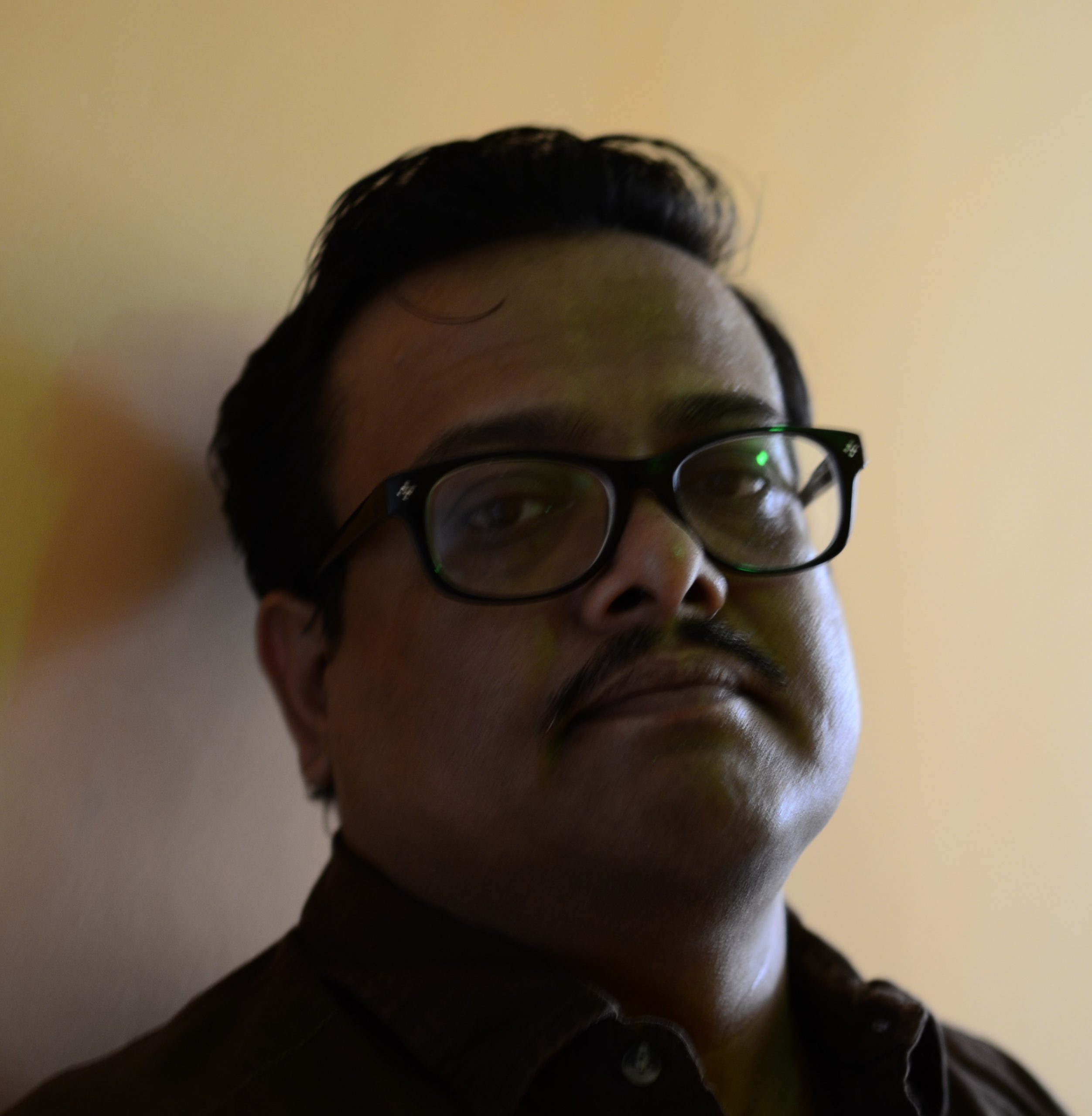 Anirban Ghose is Co-lead of Transform Rural India. Previously, he was on the leadership team at PRADAN, a rural development NGO. Anirban is recognised for his role in expanding comprehensive engagement with women collectives beyond financial services, livelihoods and as pioneer of automated book-keeping systems in women’s self help groups. He is known for his expertise on community-managed irrigation, natural resource based livelihoods and numerous technology for development initiatives. Anirban graduated with a degree in business studies from University of Delhi. 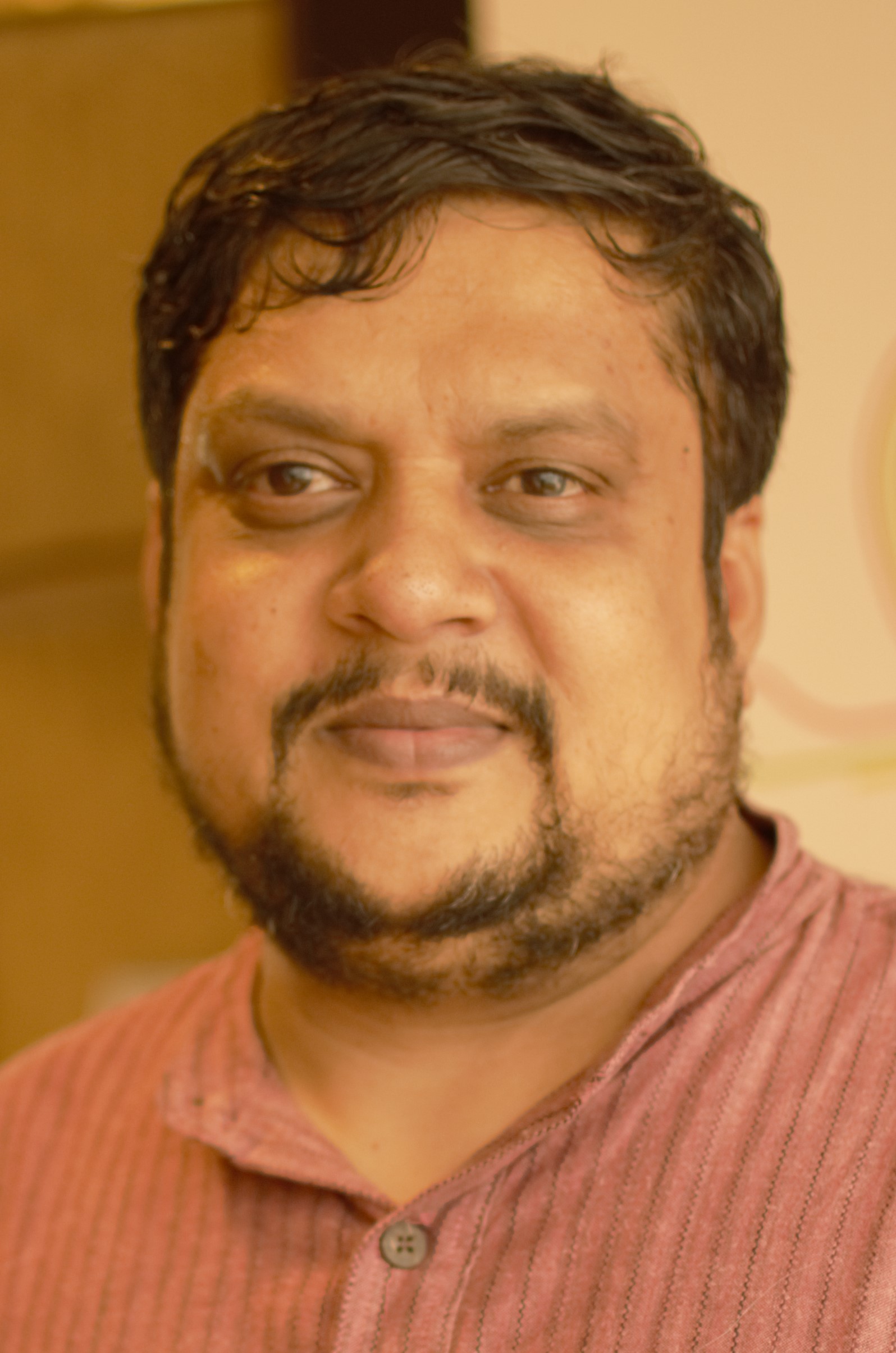 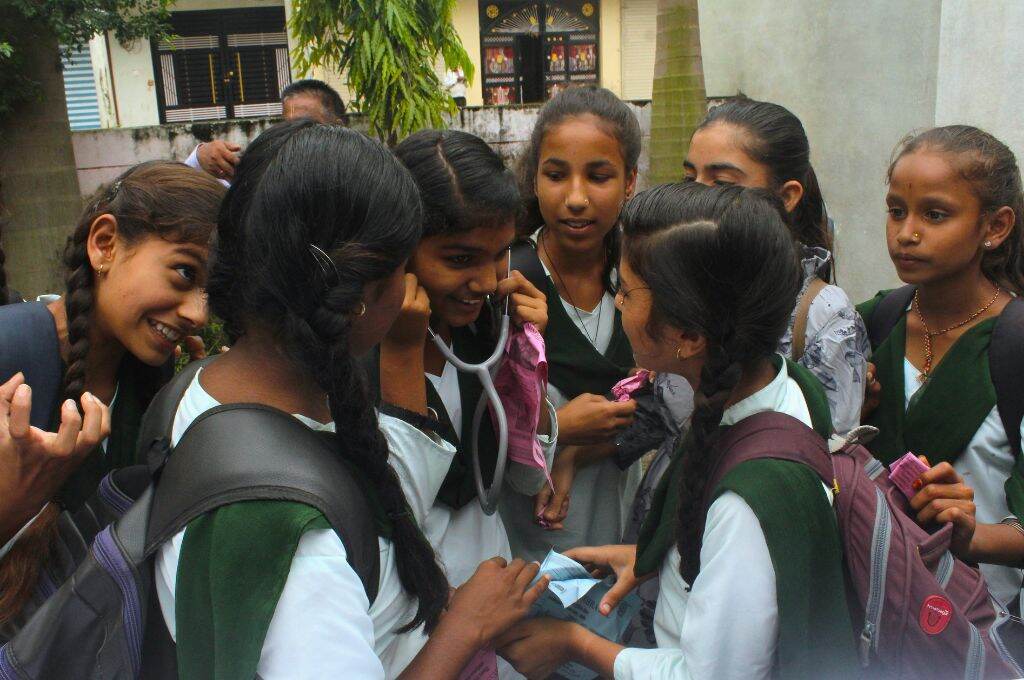 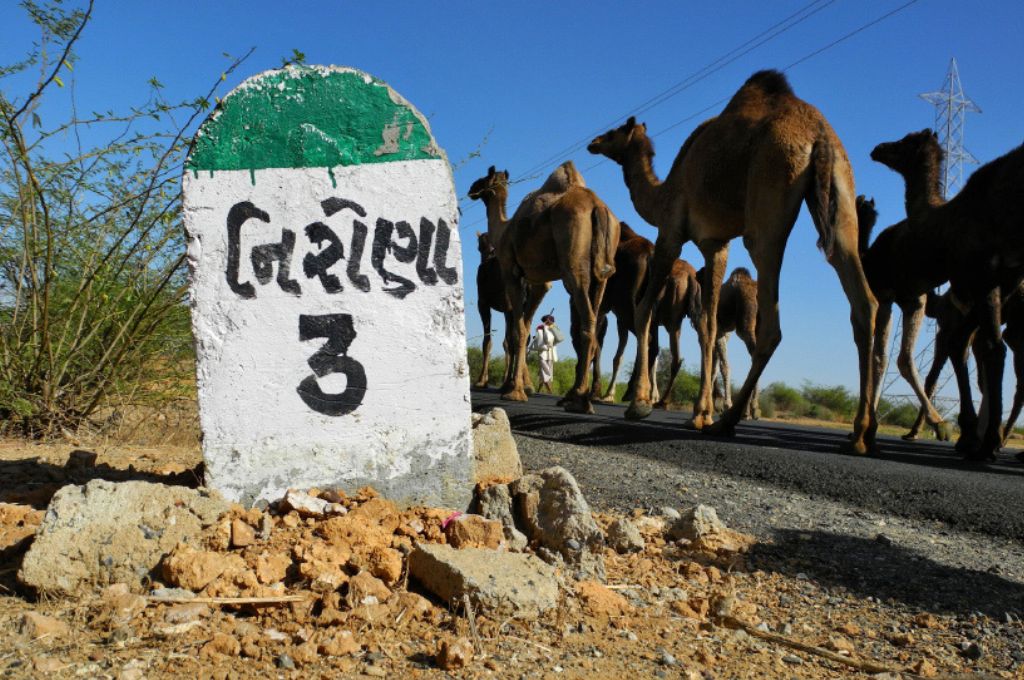 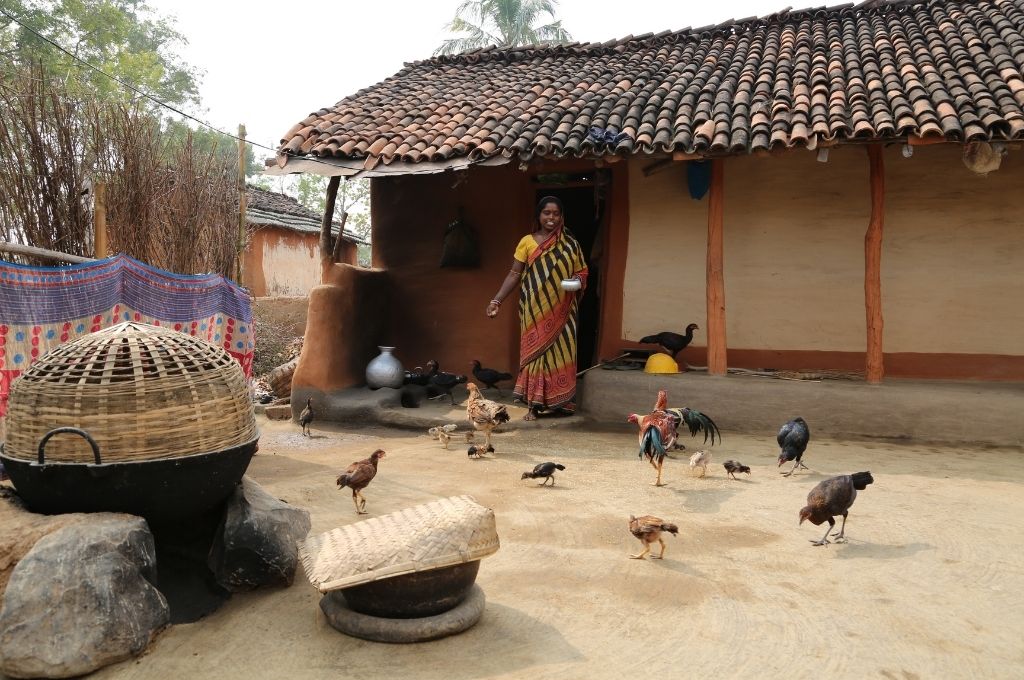