Debate Series | Why ZBNF is not good for India

The second in a two-part series on Zero Budget Natural Farming, this article argues that it is time to allow farmers to make the choice of what to cultivate and how, rather than promoting a one-size-fits-all approach.

Agriculture is the primary source of livelihood for about half of India’s population. Based on the nature of soil, climatic region, geography and irrigation facilities available, farmers employ different techniques of farming: subsistence, shifting, plantation, intensive, dry, wet cultivation and terracing. 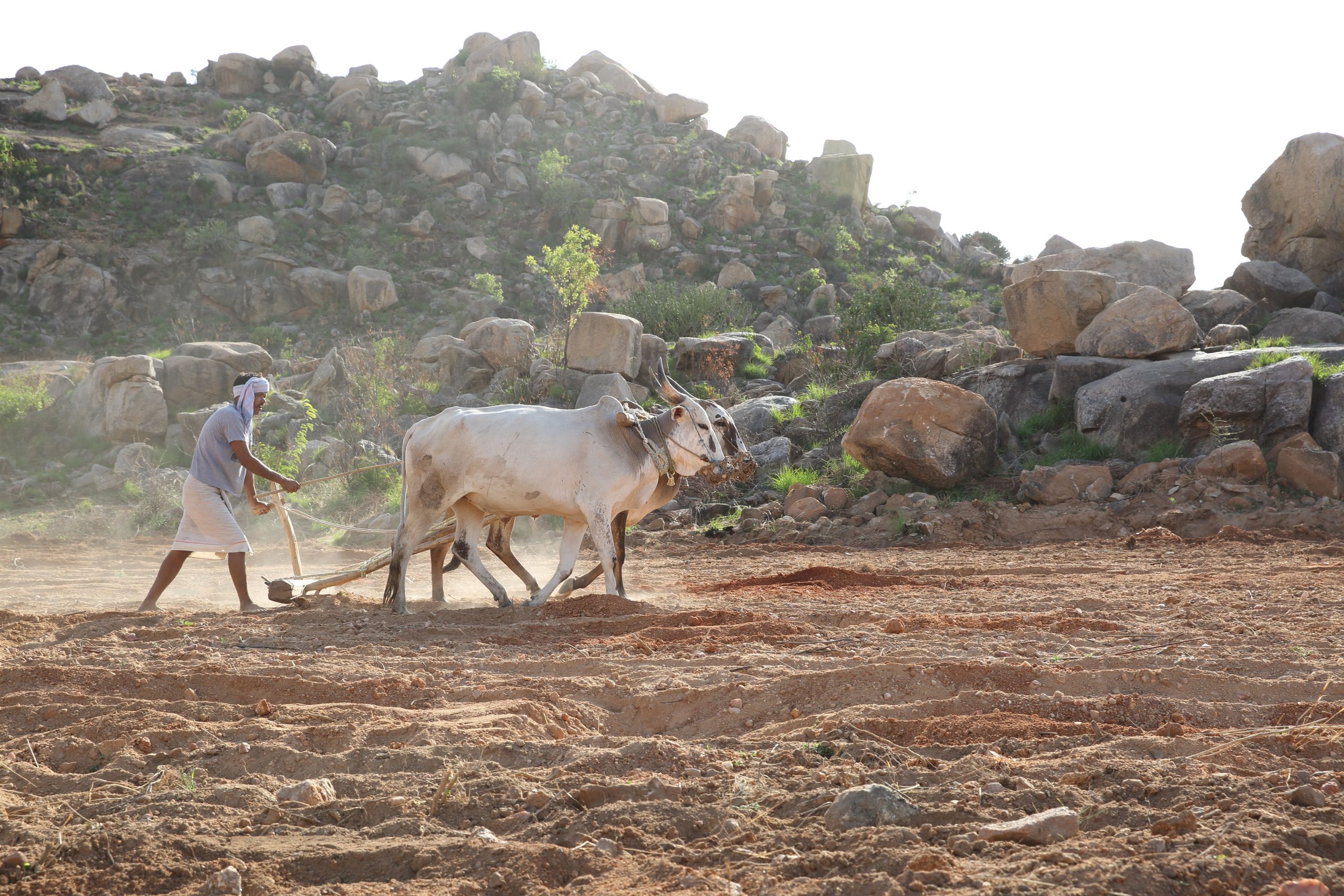 To implement ZBNF, farmers will have to first invest in rearing and protecting native cows, which are known to need large tracts of natural grazing land | Picture courtesy: Arjun Swaminathan

Related article: Debate Series | Why ZBNF is good for India

This system relies on traditional knowledge which is deeply rooted and entwined with the land, its bioresources (especially seeds), and climatic conditions; and it is reflective of socio-cultural needs. It is this highly evolved agroecological system of farming that was extensively engineered out by the introduction of highly centralised, and eventually corporatised, interventions of the Green Revolution in the 1960s and the GMO Revolution in the 1990s.

One followed the other in pitching their cause as massively improving India’s food security and agricultural economy. Critical investigation into these interventions now reveal that while volume of food and agrarian production improved, especially with the introduction of hybrids, it has come at a very heavy cost—massive extraction of groundwater, loss of agro-biodiversity and associated traditional knowledge, soil salinisation, and erosion.

Most distressingly, it has resulted in the epidemic of farm suicides (more than 3 lakh farmers have killed themselves in the past two decades alone) as farm productivity, economic viability and ecological sustainability of these ‘modern’ farming methods began to collapse. In response to this nation-wide crisis, Subhash Palekar claims Zero Budget Natural Farming is the solution.

Recently, the central government released a report on policies and an action plan for secure and sustainable agriculture, in which the controversial, heavily financialised and corporatised use of genome editing, using the CRISPR/CAS 9 technology, is being promoted, along with the highly centralised and pro-agri-business corporation Biotechnology Regulatory Authority of India.

Clearly, it appears that there is no robust strategy to rescue farmers from their crisis, barring the promotion of ZBNF. This points to the poverty of imagination in the state and central governments in relation to solving the current farmer crisis.

Zero Budget Natural Farming (ZBNF) is a farming practice that promotes chemical-free farming, drawing on age-old traditional agroecological practices. Subhash Palekar conceptualised it as an alternative to the Green Revolution, and the methods involve preparation of beejamrit—a concoction made out of a pulp of neem leaves, tobacco, and green chillies, a sort of bio-pesticide to treat seeds. They also involve applying of jeevamrit—a mixture of fresh native cow dung, aged native cow urine, jaggery, pulse flour, water, and soil on farmland.

According to this method one native breed cow is needed for 30 acres of land. The main components of ZBNF involve the following: Mulching (applying a layer of organic material to the soil surface) which prevents water evaporation and contributes to soil humus formation. They also involve waaphasa or soil aeration through a favourable micro-climate in the soil with the help of the microbial culture.

ZBNF is said to be agnostic to seed type and it has been recently claimed by Palekar that it can turn genetically modified seeds into native varieties. This has quite understandably drawn widespread criticism and condemnation, particularly from those who have practiced organic farming and permaculture.

There is a growing worry now that Palekar’s claims may have opened a back door for the entry of genetically modified food crops. And given his popularity with farmers, many of them may believe his claims of turning GMOs into native varieties with ZBNF techniques.

Lack of access to native cows and grazing lands

Given that most Indian farmers are small and marginal farmers, not all of them have a native cow. Over the last five decades, native breeds—which are well adapted to the local climate and are disease resistant—have been systematically replaced with cross breeding from exotic, foreign stock. These highly productive breeds were promoted to increase milk and meat yield, and little effort went towards protecting the reservoir of the Indian cattle genetic material.

Farmers will now have to first invest in native cows which are known to need large tracts of natural grazing land. Diversion of grazing lands in rural areas to a variety of other purposes has already made animal husbandry a challenging livelihood; and, maintaining a native cow without access to natural pastures will be very tricky if not impossible.

External bio-inputs and labour are required

Preparation of the concoctions using cow urine and cow dung require a lentil powder and jaggery, which have to be purchased by most farmers. An additional cost to the farmer is the labour-intensive application of beejamrit and jeevamrit. In cases where farmers own smaller, fragmented lands, it adds to the difficulty.

ZBNF certainly is not zero budget, as the farmer has to invest in a cow, preparation of bio inputs, and labour too.

In reality, ZBNF certainly is not zero budget, as the farmer has to invest in a cow, bio inputs, and labour. Naturally, the cost of such produce will be higher and will only make it more challenging to find a suitable market. Although it is pesticide free, it will lack a pesticide-free label and hence cannot be sold as organic produce.

Linkages to loans and investments likely to increase farmer risk

The promise of investments from international banks for ZBNF and the enticement of Farmer Producer Organisations (FPOs) look more attractive on paper than they are in reality. While loans hold farmers’ land as collateral with no risk preparedness, FPOs come with their own challenges with respect to access, participation, and sharing of benefits. No different from other structures in the country today, gender, caste, class, and religion too play a major role in the everyday working of FPOs.

The liability and pressure to achieve, collaborate, and endure the risks without any state support for the farmer is another gamble for Indian agriculture and sustenance of farming households when linked with loans, investments, outcomes, and impact.

Opaque decision making is against the principles of environmental justice

The lack of consultations with farmers across the country in accordance with the principles of environmental justice, such as the principle of prior and informed consent, principle of intergenerational equity, and the precautionary principle on the implementation of ZBNF is deplorable.

Farmer movements have been completely ignored and indigenous knowledge in farming landscapes and practices across the diverse agroecological climatic zones of the country have been ignored. A one-size-fits-all approach, like the one being promoted, is likely to become a recipe for disaster.

The promotion of ZBNF as an outcome of highly centralised decision making, and the comprehensive absence of formal engagement with panchayats and state legislature, as is the case in Andhra Pradesh, has come in for criticism.

At a time when the impacts of climate change are clear across the sub-continent, it needs to be acknowledged that India’s farming and food security are deeply endangered.

Besides, questions have arisen as to why the financial contracts backing the programme are not in the public domain. There has also been silence from key participants in the Andhra Pradesh programme and a lack of open discussions and sharing of learnings from the implementation of ZBNF.

At a time when the impacts of climate change are clear across the subcontinent, with storms, floods, and drought disrupting farming and life, and with increasing frequency, it needs to be acknowledged that India’s farming and food security are deeply endangered.

It is high time agroecological practices that are farmer-centric and inclusive, whilst also building food security, are embraced. It is time to allow farmers to make the choice of what to cultivate and how, a choice that has been denied to them for decades. And the prevailing state support for centralised decision making guided by international finance and agribusinesses, should be phased out in favour of ecologically and socio-economically viable agroecology, of which ZBNF is but one technique.

This is part two of a two-part debate series on Zero Budget Natural Farming (ZBNF) in India. Read the proposition here.

Tags: farming
We want IDR to be as much yours as it is ours. Tell us what you want to read.
writetous@idronline.org 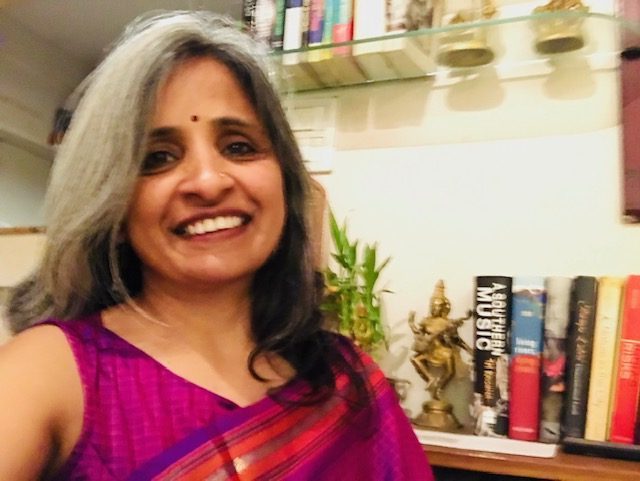 Bhargavi S. Rao is an independent researcher and consultant working at intersections of community action with law, policy, planning and governance. She has worked with the Azim Premji Philanthropic Initiatives (APPI), Environment Support Group (ESG),and Dept of Microbiology and Cell Biology, Indian Institute of Science, Bengaluru. Rao has coordinated various research, campaign, advocacy and training initiatives on protection of biodiversity and commons, democratic governance, and advancing social and environmental justice.