How to make your videos stand out

Best practices for nonprofits on getting the most out of video-based content and launching a successful YouTube channel.

The digital divide in India is huge and COVID-19 has deepened it, furthering inequality. ‘Physical distancing’ on account of the COVID-19 crisis, is devastating for communities that are offline, or barely online. For these ‘barely online’ communities, it has been exponentially harder to get information, access food and education, and organise with neighbours or connect with the government.

Video is one of several great tools for the social sector to invest in right now because it amplifies community voices. It doesn’t require high degrees of literacy, and can capture unedited narratives and ground realities. We, at Video Volunteers, employ community video as a tool for social change. There are various definitions of community video, but for us, it represents media that is of, for, and by communities. With community video, youth and other local volunteers can use even a basic smartphone to capture evidence of their communities’ needs or organisations’ work, share them with their neighbours and the outside world, and spread accurate information about their circumstances.

Recently, we’ve been seeing an increased interest from nonprofits in community media and generating video content. Many of them work in remote rural areas, where the need to see ground realities in real-time is huge. Today, technology has made this possible; but there are also challenges we need to acknowledge.

YouTube is not designed with the needs of nonprofits in mind. Rather, its great strength is that a video producer, no matter where they are sitting, can potentially reach a global audience. But global virality is rarely the goal of nonprofits, who are usually interested in reaching the ‘right audience’ not a global one. That ‘right audience’ might be a particular demographic, a particular government official, or a very niche geography. So, as you begin your YouTube journey, you may face the challenge of making a video on a narrow specific topic and saying in frustration, ‘why can’t I target this more directly to the people I know are interested in it?’ YouTube does not make it easy to target a particular audience.

YouTube’s algorithm favours high-quality content. But if you are creating content about the communities you work with, you may be more concerned about the message.

A second challenge is around the notion of quality. The algorithm favours high-quality content with mass appeal. But, if you are creating content about, for instance, your work, or the lives of the communities you work with, you may not be concerned about the visual quality, but rather, about the message. As a community media organisation, we publish nearly everything our producers send us, and we don’t implement strict quality control (though we do have standards for fake news). It would be counter-mission for us to publish only expertly produced content.

Below, we share some of our observations, lessons, and tips for setting up or running a YouTube channel.

1. A single YouTube channel is an easy place to start

This ensures that your audience doesn’t get split. At first, we thought of setting up many different YouTube channels, even separate channels for separate villages or individual channels for individual producers, to allow them to develop their own ‘brand’ and following. In late 2018, we were winners of the Google News Initiative through which we received mentorship support. Our mentors at YouTube decided this would not be a good idea—it would split our viewership too broadly, and it wouldn’t help individual correspondents to grow their audience, as they benefit from being on a channel with lots of subscribers.

Use playlists and tags

Organise playlists based on geography, language, and particular themes, and promote those individual playlists with tags and a strong visual identity. In this way, you tell the audience which specific geographies and issues you focus on, and the algorithm may pick that up.

If your channel has content made by multiple people (ours has content produced by more than 400 people) it is challenging to find content made by a particular individual. Remember to always tag and label the videos’ creators—their first name and last name. Then, if you are logged into the channel, you can find all of their videos by searching for their first name and last name. In this way, different creators can promote their own videos as if it’s their own channel. With videos, it’s important to be localised while also centralised. 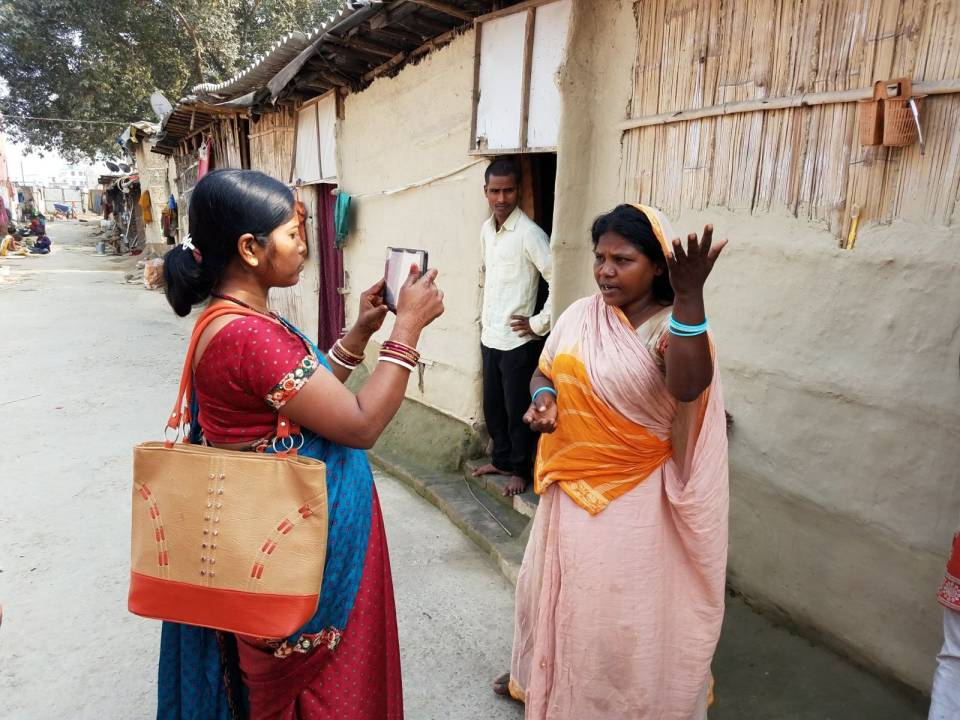 Focus on an issue that is important to your organisation and create a series of videos on the same, then, put all the videos on a single YouTube playlist you can share. | Photo courtesy: Video Volunteers

2. Don’t get overwhelmed by too much, or too little content

Many nonprofits want to use their YouTube channel to document their work and create an archive. If so, you might quickly be overwhelmed by a mass of content. In this case, organising your playlist is really important. Also, remember that you can mark certain playlists as private; in this way, YouTube, with its excellent and free and accessible storage system, can be your main archive. Other nonprofits may face the opposite problem. They start a YouTube channel with only a single video—say, a well-produced promotional video. In that case, create playlists with other good content from around the web on your issue of expertise. This is also a way to say thank you to others who have worked on the same issue you care about.

Even if you have a good system in place to turn your raw footage into watchable videos, the number of videos on your channel will grow quickly. Our challenge has been we don’t have enough staff resources to promote each video, so many videos come and go without any sort of ‘bang’.

3. Produce content that will appeal to a wide audience

Explainers, also known as ‘how to’ videos, are a nonprofit-friendly format. How-tos such as ‘How to access NREGA’ or ‘How to register for the widow pension programme’ are almost non-existent in many Indian languages on YouTube, and could go a long way in helping citizens access government welfare schemes.

Create a series of videos on a single issue


Focus on an issue that you think is important, one that your organisation or community is particularly focused on. For instance, when we observed that lots of our correspondents were reporting on gaps in the government’s Swachh Bharat Abhiyan, we converted it into a video series called ‘ODF Pass ya Fail’, that monitored whether the scheme was working for villagers. Producing five videos on one topic costs the same as producing five videos on five different topics. Create a series of videos on the issue, then, put all the videos on a single playlist you can share. This is an example not just of strategically using the content communities create, but also of fashioning disparate voices into a collective call for change.

Related article: The internet is not neutral

4. What language should you publish in?

With India’s linguistic diversity, it’s often hard to know what the main language of a YouTube video should be. For instance, if a video is entirely in a regional language (for example, Marathi), but the subtitles are in English and the text plates are in English, should the video be considered as an English video or a Marathi video?

This is made harder by the fact that YouTube doesn’t currently allow you to see and analyse your audience based on language. If they did, you would be able to put the video’s title, description, and thumbnail in the language most of your viewers speak.

Based on suggestions from the YouTube Google News Initiative India team, here is what we’re doing to address this:

Lastly, help people with their writing. Regardless of language, every video should be accompanied by a coherent sentence and description, that will make people want to watch it.

As more people get online, the chances of hyperlocal content from India’s rural areas being seen by people in those areas is increasing. Remember, using video for social change is rarely about getting millions of views. Rather, it’s about getting the right viewers, and often, those viewers are the people who live close to you.

On YouTube, tag the block, village, district, and state for both where the video was shot and where the producer of the video comes from.

Encourage outreach through WhatsApp groups—they have tremendous power. We also use Facebook, Instagram, and Twitter—in that order of priority—to share our videos. Facebook was the first social media platform to emerge in a big way in India and has a large following; Instagram allows nonprofits to give people a visual window into their work, and Twitter (and often WhatsApp) is a great way to reach officials. During the pandemic, we’ve seen a few instances where government officials have engaged via social media and taken action immediately.

So, what’s the best way to get started?

For organisations that want to get their feet wet with video, it’s important to start by doing your research. Identify a particular theme for your YouTube channel, such as the issue your nonprofit works on, or the particular geographic area (maybe a village, panchayat, block, or district) where you work. Work out the logistics as well: How often can you upload on your channel? Who will do it? How will you publicise it? Where will your audience be based—in India, in other countries, or a mix of both?

Next, consider equipment. If your videos are being produced on a budget, existing smartphones that people may already have work well. We usually work in places where people only have very simple phones, and so we give our trainees an equipment set. It costs around INR 15,000 in total for a tablet to shoot, screen, and upload; headphones; a microphone; and a tripod.

Last, orient your staff and hire strategically. Sometimes, the best way to start producing videos in your organisation is to make it part of the workflow for your communications team. If you’re making any fresh hires, hire a digital native who says they love to make videos or spend lots of time watching YouTube creators and online news shows. Build video into your ‘work from home’ strategy, at a time where many nonprofits are finding that their volunteers and staff cannot do their regular work. If you are looking for new activities for your teams, consider asking your team members to shoot explainers, or share videos online, as they work from home, to spread information.

And then you are off!

Tags: nonprofit, nonprofit communications
We want IDR to be as much yours as it is ours. Tell us what you want to read.
writetous@idronline.org
ABOUT THE AUTHORS 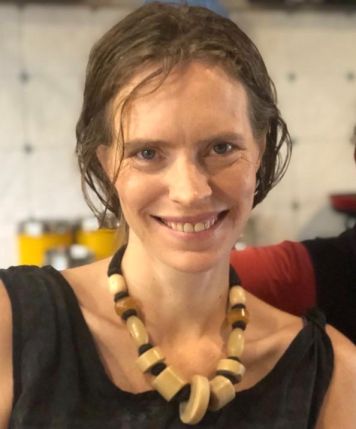 Jessica Mayberry is the founding director of Video Volunteers, an organisation working towards empowering marginalised communities with a voice. For more than a decade, Video Volunteers has devised models for community video production which emphasise on empowerment, community mobilising, and engaging large audiences. Jessica is an Echoing Green, TED, and Ashoka fellow, and a graduate of Oxford University. 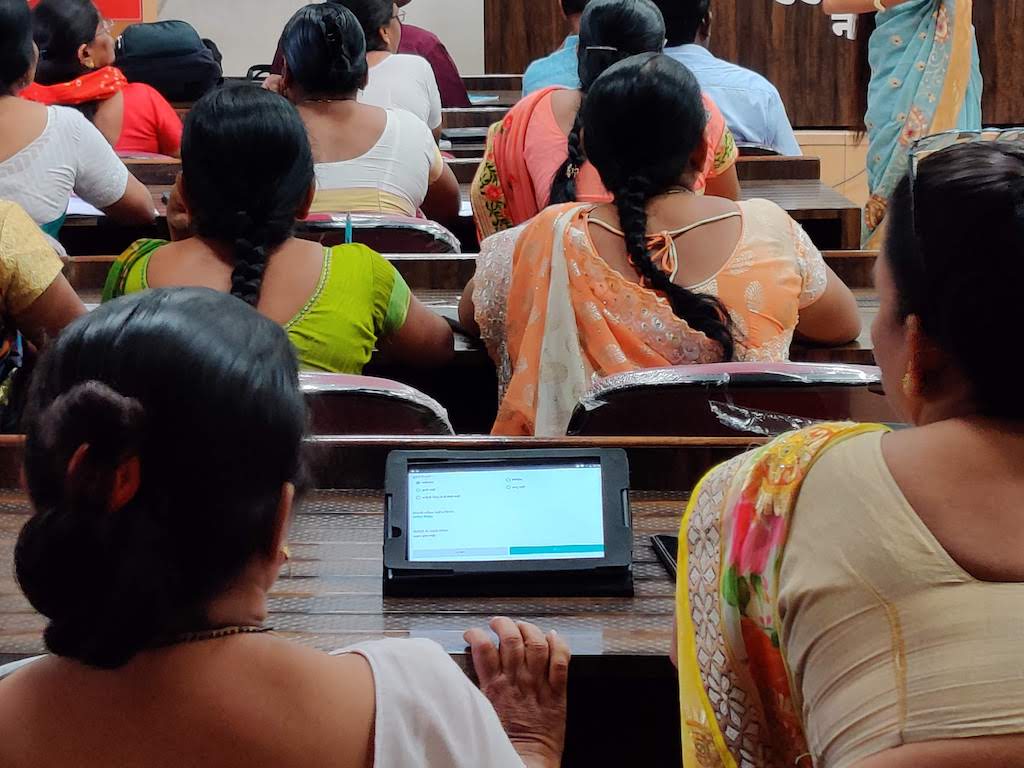 Technology
11848
SUPPORTED BY TECH4DEV
Four things to think about with tech for social good
Tech for social good holds a lot of promise, but it requires social sector organisations to follow a methodical approach.
by Vivek Singh | 7 min read 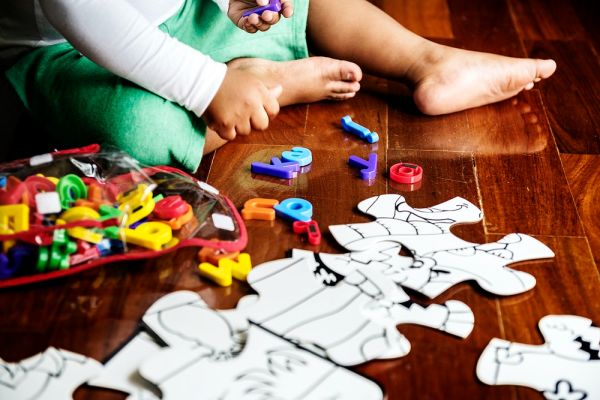 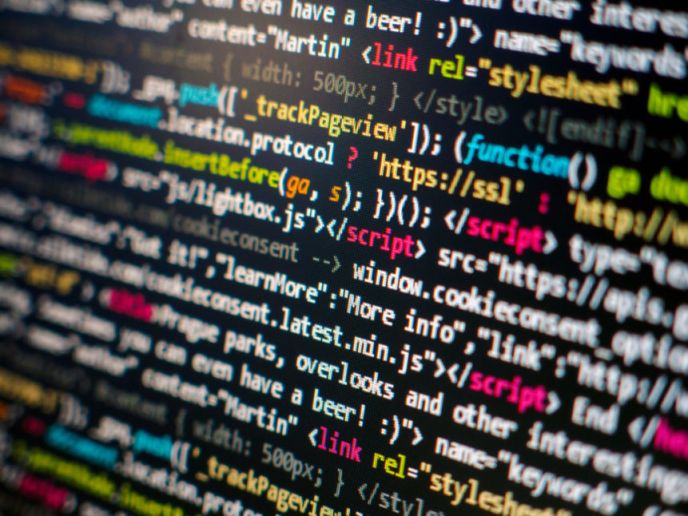 Technology
Open-source tech for nonprofits
All you need to know to get started with open-source technologies.
by Rahul Kanvinde | 6 min read