Rethinking participatory development in the context of scale

Redefining what we mean when we say 'participation' could lead us to approach scale in a way that takes into account local realities.

An interesting phenomenon that has been observed in the last few years across the development sector is the increasing realisation of the importance of participant (people for whom the impact is intended) involvement in development programmes.

This idea of designing and implementing projects and programmes with the participation of the community is broadly called participatory development. It is an idea that has existed for decades, but has been gaining relevance increasingly in practice among the development community, and has emerged as a mainstream approach in general.

1. The rights perspective which considers participation as a fundamental right of people to decide what development is for them and how to achieve it.

2. The sustainability perspective that sees the participation of stakeholders as a way to enable self-reliant growth and ownership of one’s own development.

3. The knowledge perspective which is based on the assumption that participants understand their realities better than anyone else involved.

All three perspectives when looked at collectively, offer ethically appropriate and responsible views on how development can be imagined. However, the perspective that seems to be missing is the potential of participatory development as an approach to drive scale.

In order to delve into this subject, it becomes requisite to understand what the challenges associated with the existing approaches to achieve scale are. 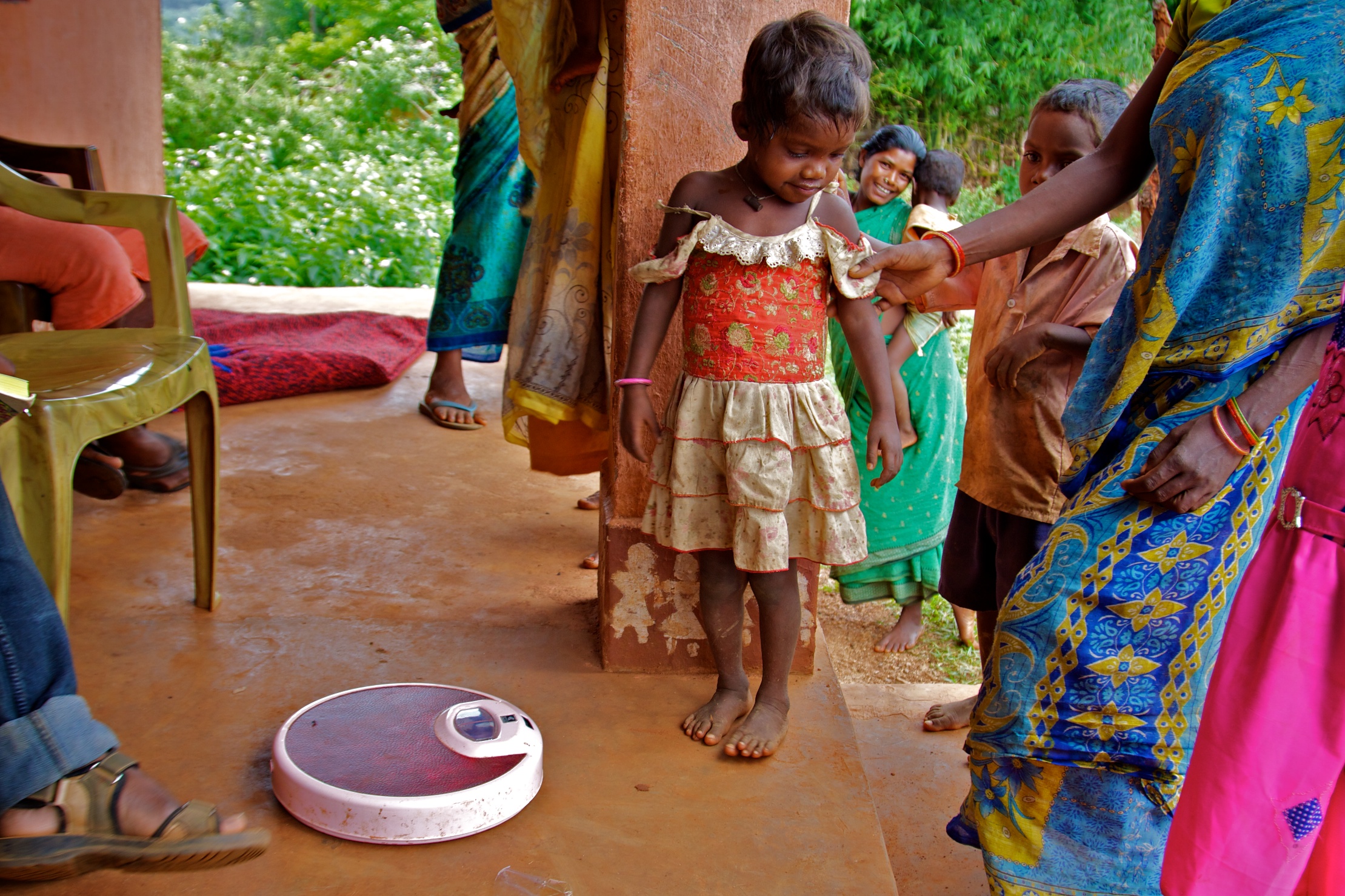 The rights perspective considers participation as a fundamental right of people, to decide what development is for them and how to achieve it | Picture courtesy: Arjun Swaminathan

Related article: Scaling: How to go from x to 10x

Challenges with existing approaches to scale

Scale has been a core focus area in the development sector for years. The pathways to achieve it have ranged from building large organisations to decentralised approaches such as branching, affiliation, and dissemination.

In each of these approaches, the sector has been through various practices, policies, and investments in its attempt to scale impact. These efforts, however, seem to have largely either failed or been painfully slow in creating large-scale impact.

One of the biggest challenges to achieving scale has been in the area of designing approaches that are both contextual and sustainable.

On one hand, the standardisation of practices and procedures has made it difficult for programmes to integrate with the existing infrastructure (services and systems), and vice versa. It has also made it difficult to manage programmes with available resources, while allowing for co-creation at a local level.

On the other hand, the relevance and sustainability of the solutions are poor because of the failure to design approaches that enable choice for participants and distribute the ability to solve for the problem at hand, instead of providing solutions for them.

It is here that participatory development can play a critical role—by engaging local people.

One of the biggest challenges to achieving scale has been in the area of designing approaches that are both contextual and sustainable.

These existing types of participation however do not focus on enabling organic participation—“which is driven by motivated agents, is contextually sensitive and long-term, and is constantly innovating in response to local realities of individuals in their development”.

They, therefore, face the same issues as the models of scale such as lack of resources, capabilities, and availability of choice to enable meaningful participation.

According to Amartya Sen,“freedom is defined as the choice, ability and opportunity people have to pursue their aspirations”. In his capability approach, Sen goes on to say that this freedom is what enables participation in society.

“Taking forward this theoretical framework as a reference, along with the idea of participation put forward by Freire emphasising on how people ‘gain confidence and abilities to alter unjust conditions and structures’,” effective participation can be imagined as resulting from people having access to resources, capabilities to act on the opportunities (affordability) and the availability of choice.

In other words, the agency of the actors needs to be enabled to drive participatory development.

The questions would then be: how do we enable this agency of individuals and institutions, and how do we sustain such a movement? At the end of the day, answering these questions is as important as answering the need for creating an enabling environment that could aid in scaling development.

There are many possibilities imagined within the development ecosystem looking to address these questions—through platforms, for instance, driven by the advances in technology. This combined with the fundamental emphasis on the participation of samaaj-sarkaar-bazaar (civil society-state-market), is one such possibility of enabling solutions to be accessible, affordable and relevant to users.

DIGIT (Digital Infrastructure for Governance, Impact & Transformation), an open source infrastructure developed by eGovernments Foundation to transform urban governance, is an example of such a platform. DIGIT, powered by open API and open source technology, allows various actors to participate in building and delivering applications and solutions at scale.

The fundamental emphasis on the participation of samaaj-sarkaar-bazaar (civil society-state-market), is one possibility of enabling solutions to be accessible, affordable and relevant to users.

The platform has been leveraged to enable urban governance across 450 cities in India, with more than 600 implementations.Moreover, with over four crore interactions facilitated between people and solutions, DIGIT seems to have brought in the participatory and scale aspect to urban governance.

Project ECHO is another example of a participatory approach leading to a wider reach. It is a technology-enabled collaborative model that brings together academic medical institutions, primary clinicians, and specialists on to the same platform. It facilitates an interactive environment that focuses on providing knowledge and support to front-line clinicians in underserved areas, thereby contributing to the increase in access to speciality treatment for people in these areas.

In India, Project ECHO has trained over 3000 healthcare professionals, and with the participation of more than 30 institutions across the country. Though the platforms are at their early stage, they seem to have made considerable progress in terms of enabling accessibility and participation.

In summary, the articulation of participation in terms of agency can lead us to approaches of scale that can continuously sense and respond to local realities.

It is all about: how can we imagine approaches that will focus on enabling organic participation, how can we foster continuous innovation at the local level, how can we nurture an ecosystem that would enable an environment for all individuals and institutions to exercise choice and imagination? 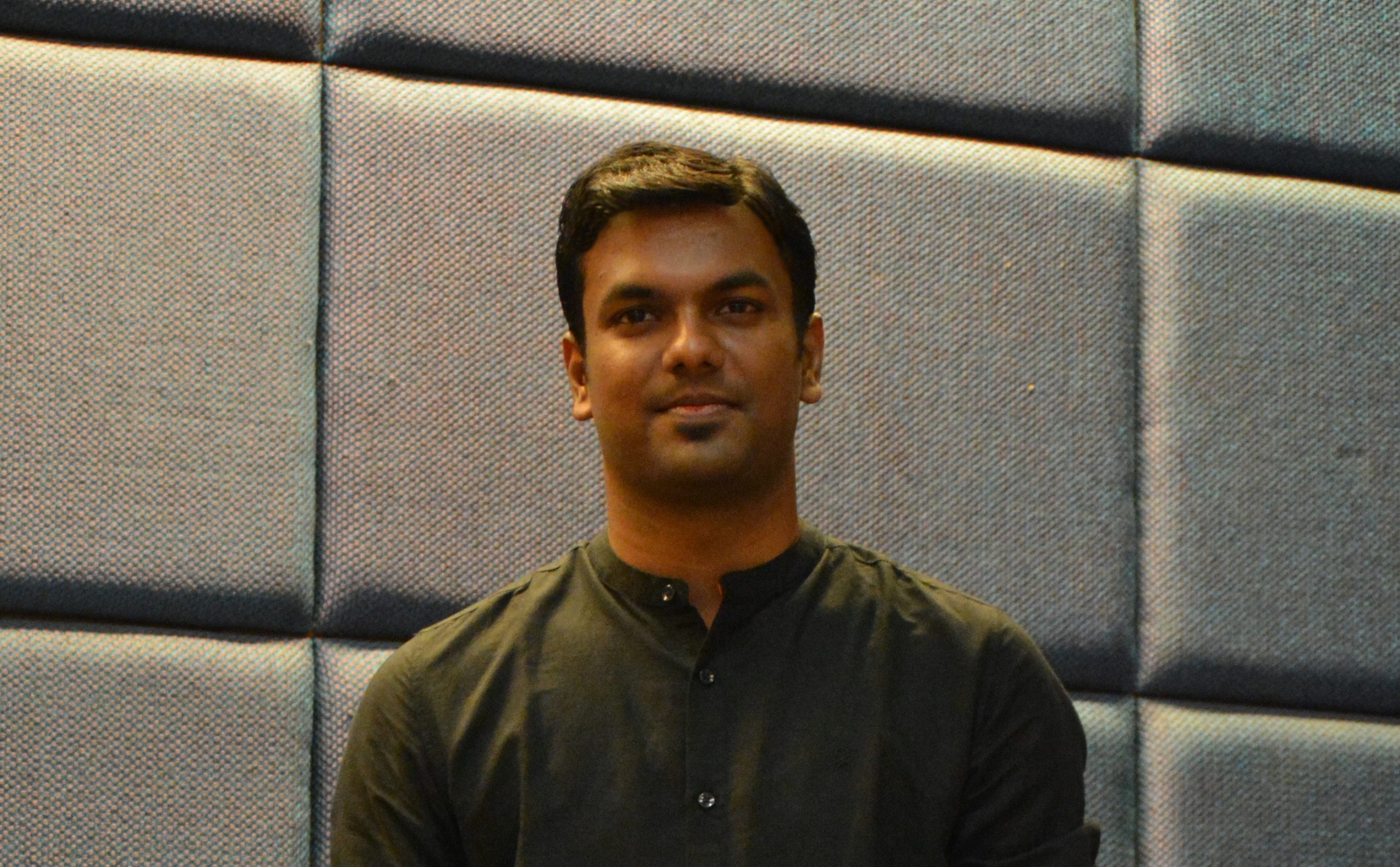 Naveen Varshan is a researcher at EkStep Foundation. He has been involved in programmes across diverse social sectors such as human rights, urban development, and education. Naveen has done a postgraduate programme in development leadership. 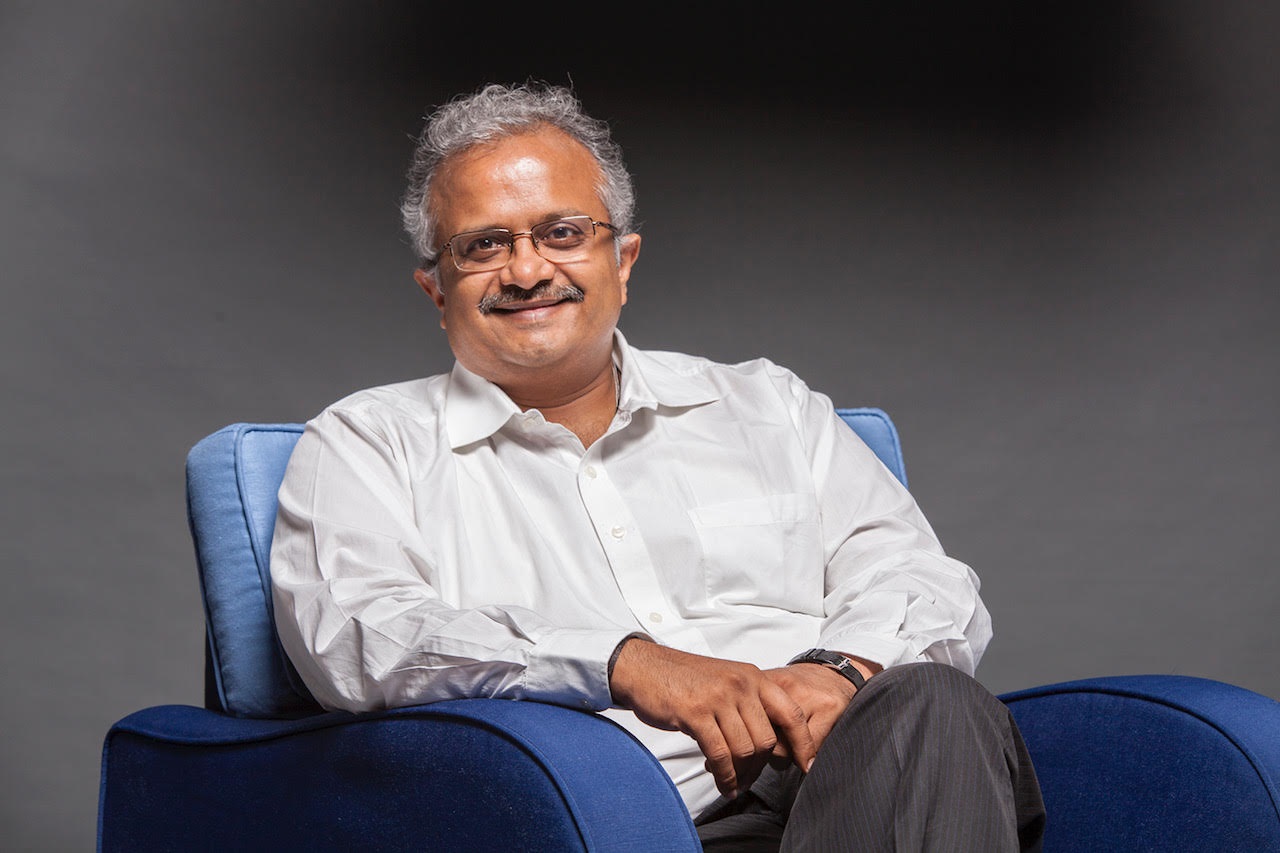 Sanjay Purohit is the Chief Curator of Societal Platform at EkStep Foundation. He is also a strategic advisor to eGov Foundation, Avanti Finance, Advaith Foundation, Mantra4Change, Spreading Hope Foundation, and Fundamentum Partnerships. He is an innovation advisor to Unleash, a global innovation lab for Sustainable Development Goals, and a partner at N/Core, a unique nonprofit incubator. Sanjay is now applying his learning and experience to develop Societal Platforms (open digital co-creation networks) in sustainable developmental sectors. 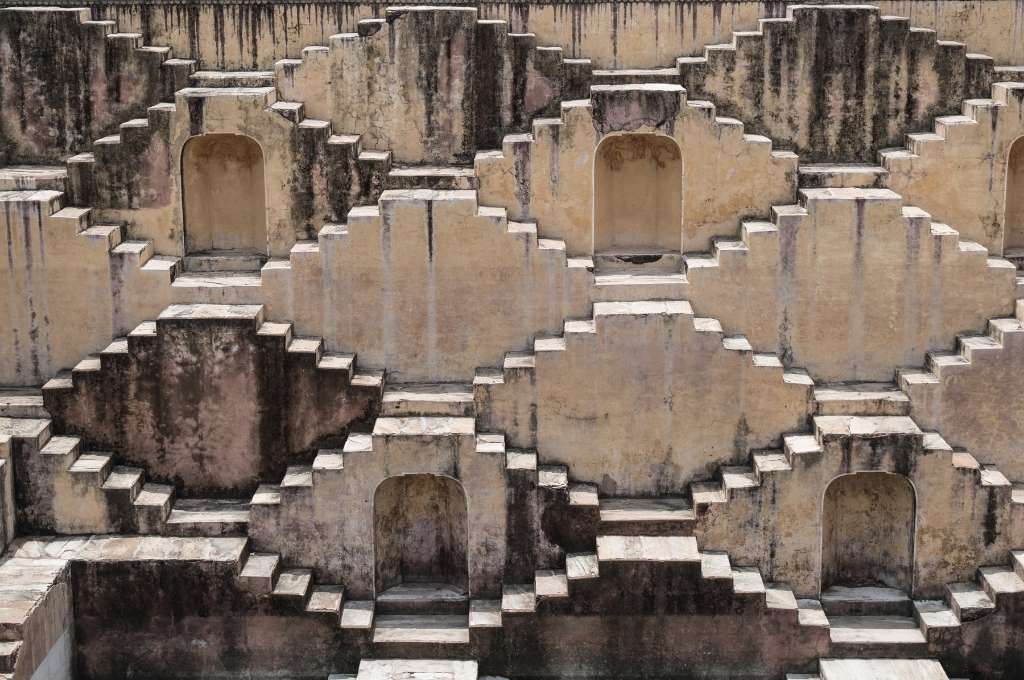 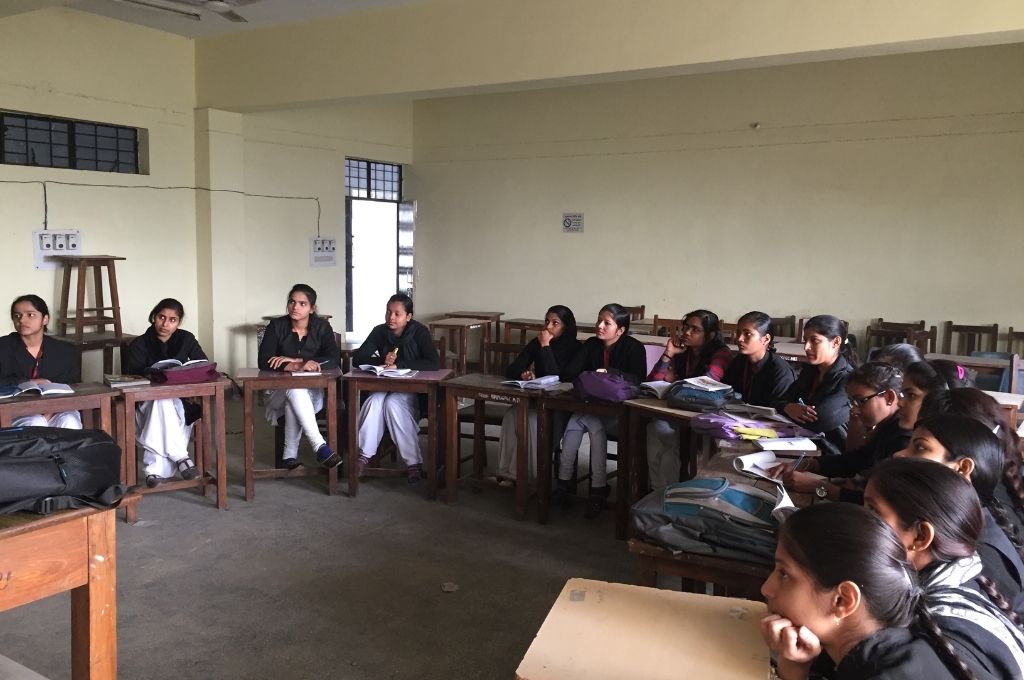