“We have not tapped our own potential for giving”

Do we start giving only when something affects us deeply from within? If we look around with sensitivity and compassion, each one of us will find something that will ultimately persuade us to give.

My journey to giving

I believe that philanthropy is not just about giving money; it is giving your time or any resource you have that can help someone. If we define it in a broader way, everybody–even the poor—will have something to give.

I didn’t come from an affluent family. When we set up Thermax, and in the years that followed, whatever little money we managed to make had to be put back into the business to help the company grow. But, being a social worker by training, I was always involved in some philanthropic activity even in those days. Back then, that meant giving my time towards various causes.

It was only after Thermax went public—a year after my husband passed away—that we started having money in hand. However, it wasn’t the increase in wealth that started my philanthropic journey: it was the untimely death of my only son at the young age of 25.

It wasn’t the increase in wealth that started my philanthropic journey: it was the untimely death of my only son.

When my son was alive, he used to insist that a large part of our wealth be given away for philanthropy – in fact, at one point he even issued an ultimatum that if we didn’t commit 80-90 percent of our wealth to philanthropy, he would move to England for good.

He reasoned that since I was a social worker by training and had limited needs, I should give a large part of our wealth for worthy causes. My stand at that point was that it was the family’s wealth, not just mine, and I could not unilaterally take a decision to give away most of it.

My son’s death was the trigger for my philanthropic journey; that’s when I realised that I wanted to do something for social causes. We as a family, including my daughter and son-in-law, decided to give 30 percent of what we receive as dividend from Thermax for social causes.

I was looking for a credible nonprofit and that was when I found Shaheen Mistri of Akanksha, whose enthusiasm rubbed on me and who made me interested in our education sector. I began studying the sector and slowly became aware of how much more needed to be done to improve the quality of our education. I found my passion in this space and decided to support Teach for India from our personal funds.

In addition to education, we also support nonprofits that take care of governance because unless we get governance right, we will never make real progress.

We would like to increase our giving from 30 percent at some point, but we haven’t decided when and how much to raise it to.

My daughter and son-in-law are on the same page as me when it comes to giving. Because Meher (my daughter) and I constantly discuss the nonprofits we support, even at home, my grandchildren were almost allergic to them. But one day, we spent a few hours with them explaining our philanthropic journey, which helped them understand what we were doing and they now support us wholeheartedly.

We would like to increase our giving from 30 percent at some point, but we haven’t decided when and how much to raise it to.

Related article: Philanthropy begins with you. The best time to start is NOW!

Why Indians don’t give enough

I think insecurity comes in the way of giving. Since we live in a country that provides no social security, we tend to constantly worry that should some emergency happen—such as an illness—we won’t have enough to take care of ourselves.

Another reason we don’t give is because we want to create wealth for our children and grandchildren and for the generations thereafter. Little do we realise that there is no end to this pursuit of more and more wealth.

It is not about how much we have—it is about our mindset.

The internal insecurity never lets us say that enough is enough. Thus, even if we have the intent to give, it is difficult to actually give. Even I, who think of myself as quite an aware person, know how difficult I find it to part with more.

The other disturbing truth is that, as a people, we Indians have not learnt to give. Perhaps because our taxes used to be very high at one time and ate into our capital, leaving nothing to give to the social sector, or because there was a mindset created that social problems are the government’s headache, not the citizens’.

As a people, we Indians have not learnt to give.

Rather than learn to give, we have learnt to compete with each other for more ostentatious weddings, bigger homes, more expensive clothes, and so on. We don’t stop for a moment to think about how a large part of our population is deprived, and what we could do for them. I wish we had, or could create, traditions that required us to give, say, at least 10 percent of our earnings. 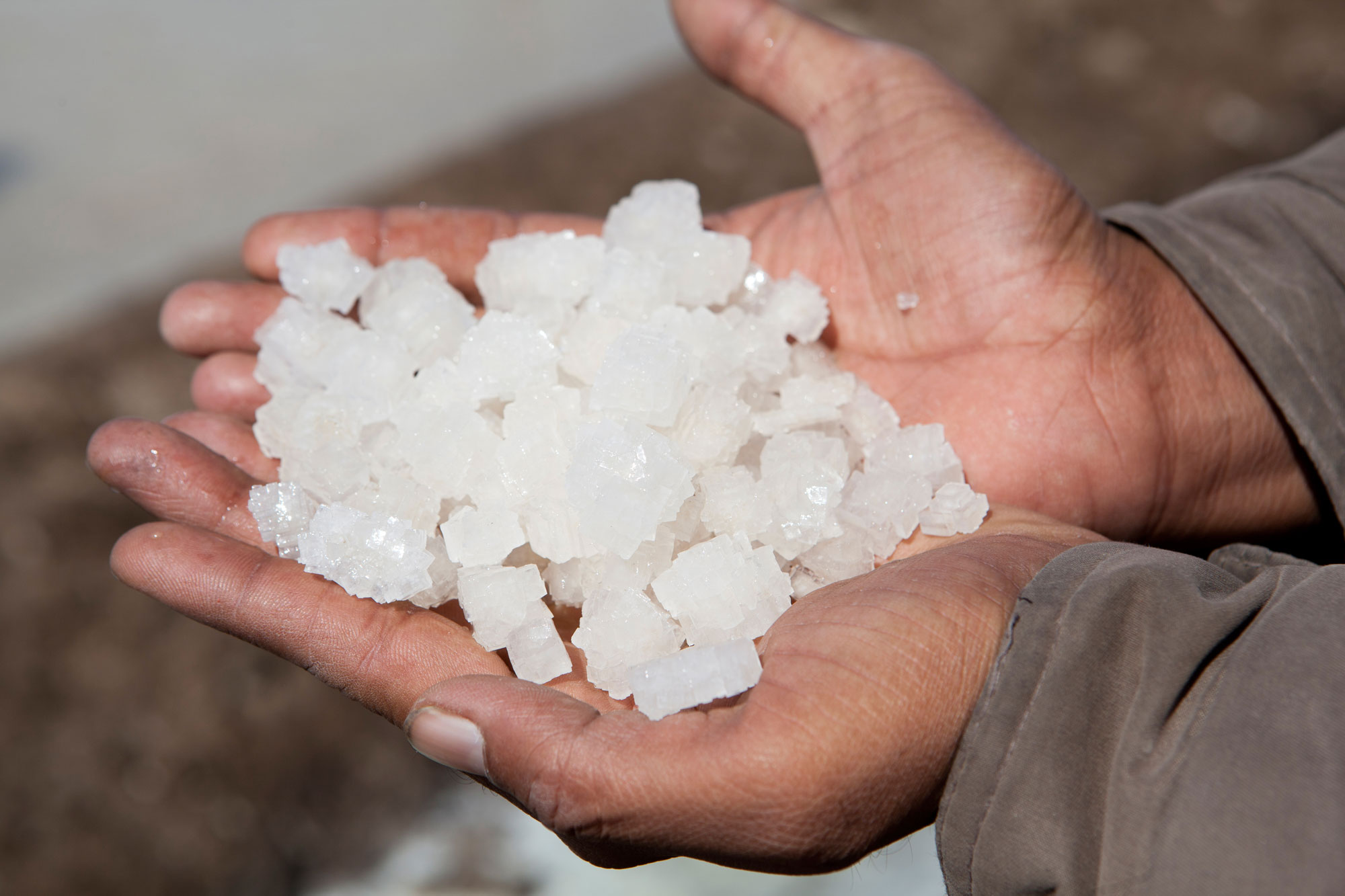 Does giving need a trigger?

I’ve always wondered if I would  have given as much if I hadn’t lost my son. Do we start giving only when something affects us deeply from within? For me, it was two things: one, personal loss and second, actually going out into the field and seeing the abject conditions in which our fellow citizens live.

I don’t think reading or listening to others—even if it’s people you respect—does much to change mindsets. People only do something when they are motivated from within. If we look around with sensitivity and compassion, each of us will find something that will ultimately persuade us to give.

Why we must give

In the last few decades, India has been doing extremely well in terms of economic growth. Unfortunately, compared to our prosperity, the level of philanthropy is negligible. Even where it exists, it is often towards religious causes or setting up of nonprofits by the wrong people for the wrong reasons.

In fact, many foreign donors now hesitate to give to India because they see us as a wealthy nation that can take care of its own problems. Indeed, if our rich are not doing anything for our poor, why should foreign donors?

How long can we go around asking for foreign donations when we have not tapped our own potential for giving? And how long will our have-nots sit quietly and wait for change to happen? In our own enlightened self-interest, we must realise that one day people will start demanding the things that will enable them to have a dignified life–nutrition, education and livelihoods—and rightfully so. 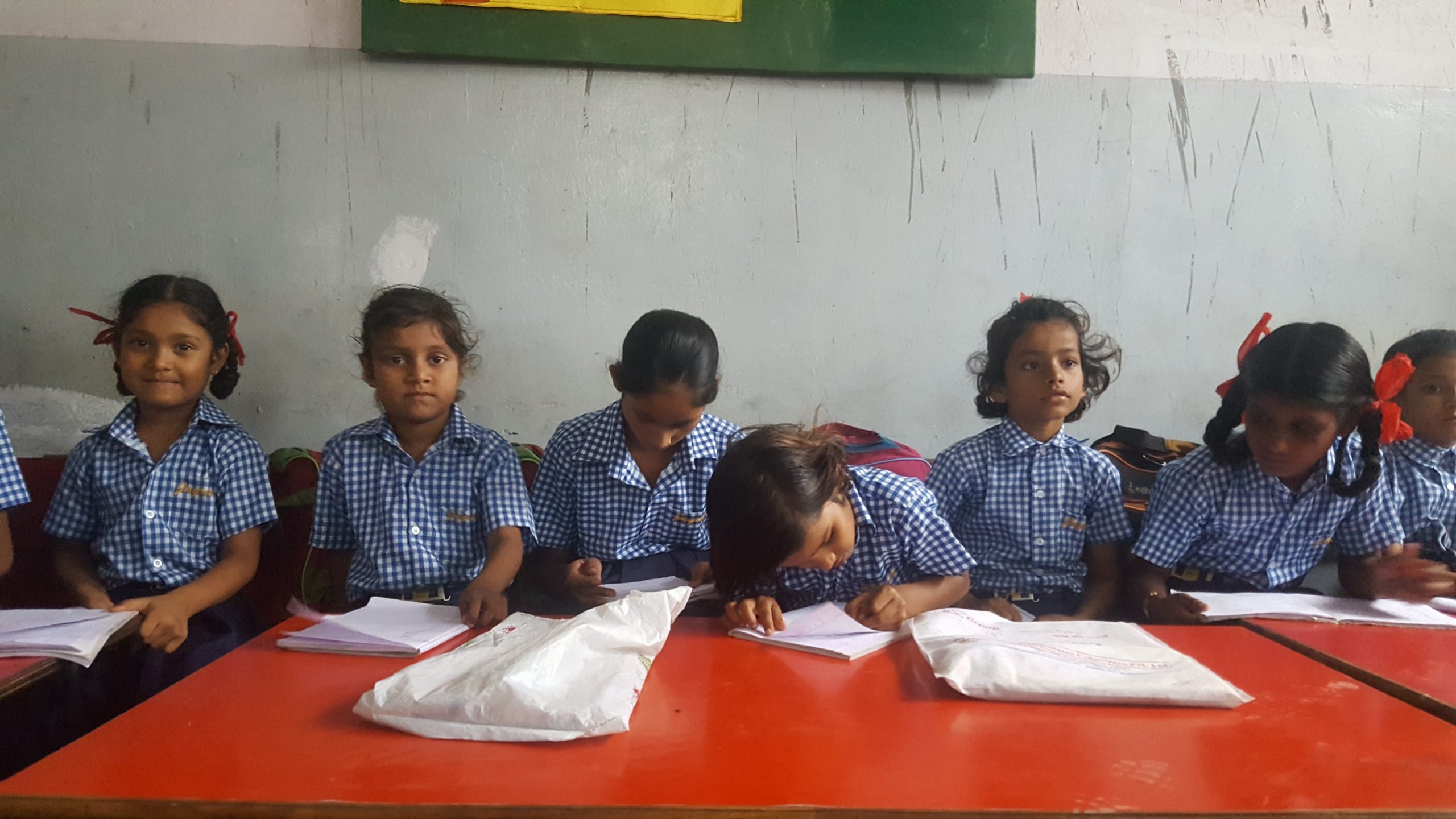 Quit cynicism, see the goodness around

There is no denying that there is a lot to be done to make our country a more equitable place for all our people. But that’s no reason to despair. If we choose to be pessimistic, everything around us will look bleak. However, if we recognise and embrace the goodness all around us, then we will see hope.

There are wonderful people everywhere. There is a lot of goodness in the system. I remember how I initially hesitated interacting with the government and bureaucracy when we were planning to start working with the municipal schools in Pune. I used to call working with government ‘a spiritual experience!’

Looking back, I can say that some of that hesitation arose from a bias I had about government systems. It was also a bit of arrogance on my part. It stemmed from not being sensitive to their problems and limitations.

However, once we are able to approach the system with empathy and a willingness to engage, we can see how meaningful the relationship can be. We need to understand the situation and the system people work in.

Take the education sector, for example. What motivation can you expect from teachers who have to pay to get their jobs? But if we approach them with an open mind, we will see that even within such a system there are teachers who genuinely want to make a difference but don’t have the skills required. That’s where we must help.

The power of collaboration

When we let go of our cynicism and arrogance, we will also be able to appreciate the value of working with others to achieve a shared objective.

With my limited experience in the education sector, I can say that collaborating with the government produces tremendous results.

While corporates and nonprofits bring quality to programmes, only government can provide scale.

One such example is Pune City Connect (PCC), where the municipal corporation, corporates and nonprofits based in Pune are working together to help improve various aspects of the city, be it in digital literacy, employability or education.

Thermax Foundation is one of the supporters of the PCC education vertical. PCC works with every Marathi and Urdu medium school through various nonprofits specialised in different aspects of education and social work. This model is based on the Sahyogi Dal programme, wherein teachers and trainers from within the schools and DIET (District Institute of Educational Training) are trained such that they in turn train the teachers, who ultimately teach the kids—hopefully becoming a sustainable model over time.

Before I die I want to make Pune a model city in the space of education. And I know we will do it. We just have to keep believing in the goodness of people. We must give up our arrogance and choose empathy. Before changing the system, we must change ourselves from within.

Tags: fundraising, philanthropy
We want IDR to be as much yours as it is ours. Tell us what you want to read.
[email protected]
ABOUT THE AUTHORS 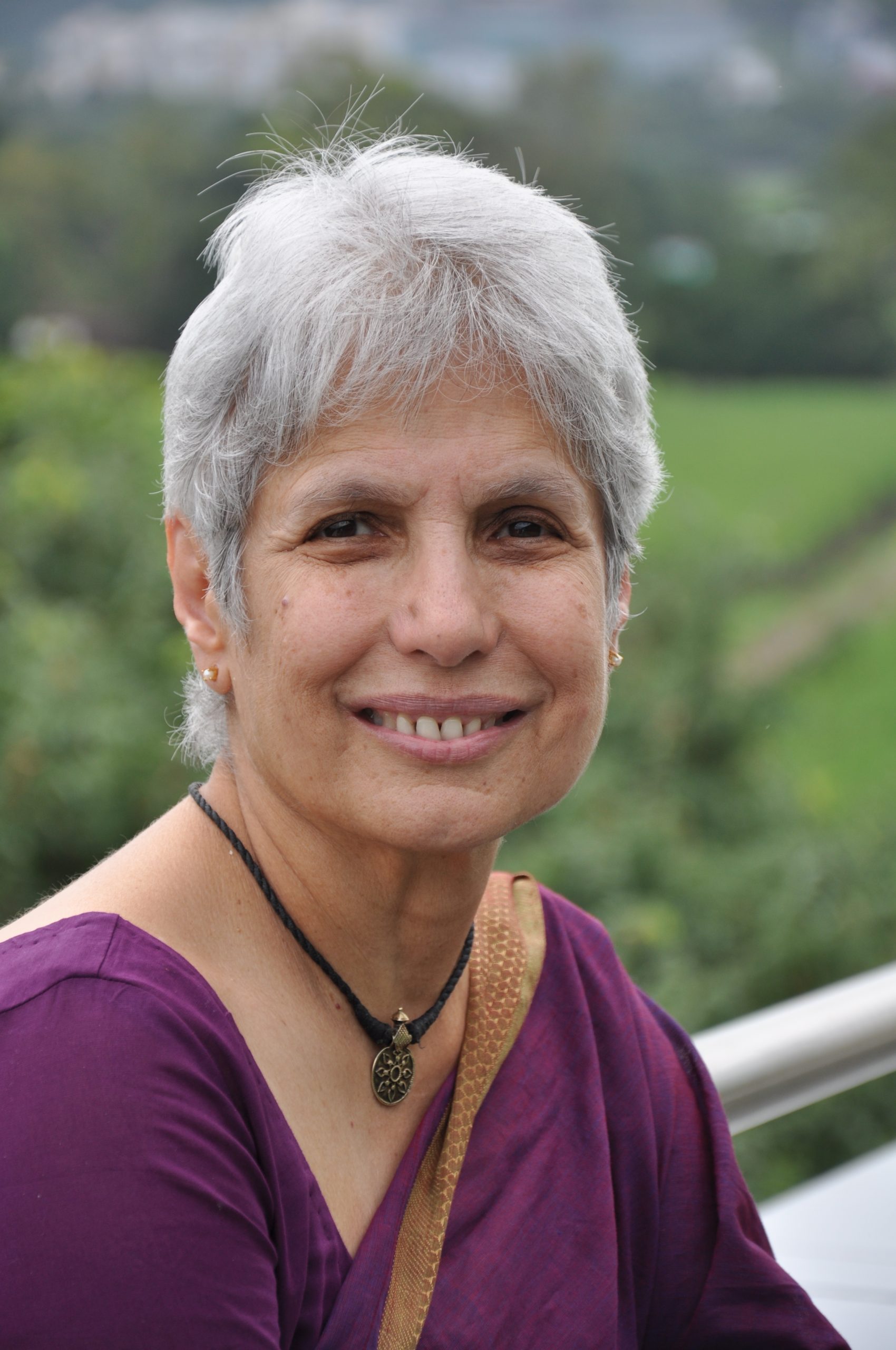 Anu Aga is a director on the board of Thermax Ltd, the engineering company where she was chairperson from February 1996 until her retirement in October 2004. Since her retirement, Ms Aga has been closely associated with Thermax Foundation and is the chair on the board of Teach for India. With a keen interest in education, she is closely involved with Akanksha, which promotes education for underprivileged children. Thermax Foundation, in partnership with Akanksha and the municipal corporations of Pune and Pimpri Chinchwad, currently manages five schools for children from lower income groups. Ms Aga has served as the chairperson of CII’s Western Region and has written and spoken extensively on the subjects of corporate governance, corporate social responsibility, women and education. 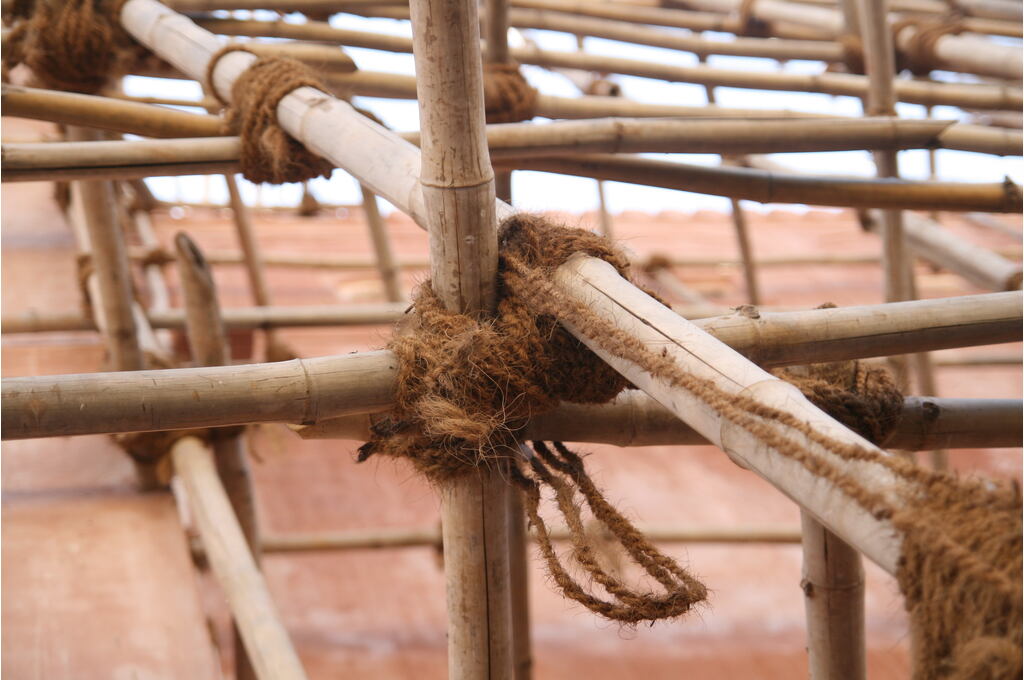 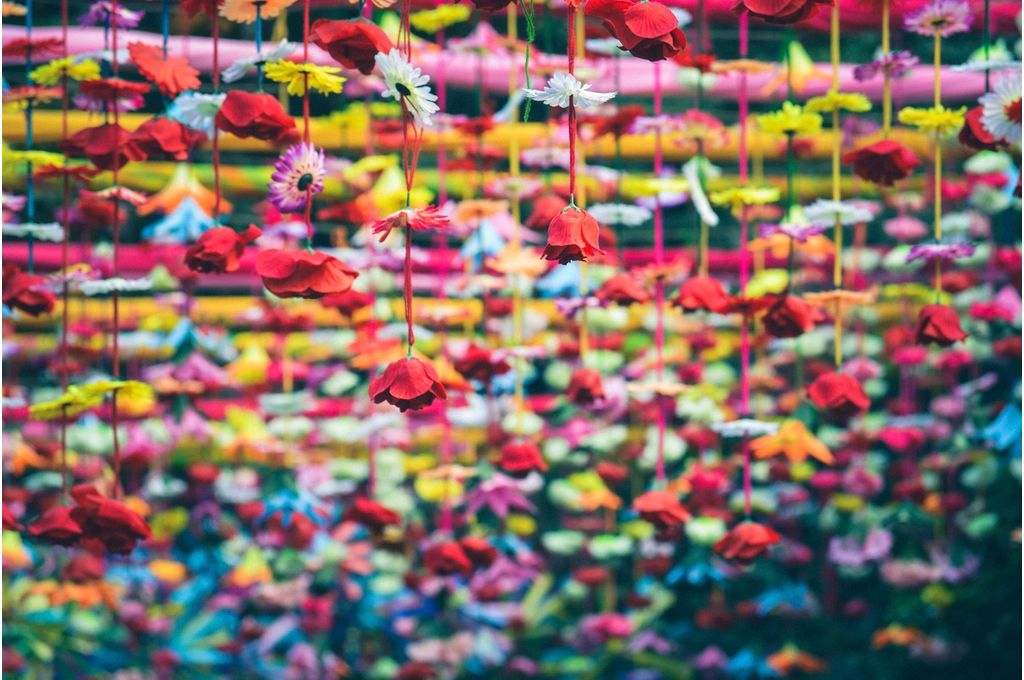