A revolution in local politics

The changing landscape of women’s political representation, and its intersections with caste, property rights, and patriarchy.

Rachel Brulé is an assistant professor of Global Development Policy at Boston University. Her recent book Women, Power and Property-The Paradox of Gender Equality Laws in India “documents her exploration of the links between political representation and economic empowerment.”

In this interview, she talks about how she got into investigating this, while exploring the broader question of how to undercut inegalitarian social conventions. Her research, which uses data sourced from the Indian government, shows that improved political representation of women ensures enforcement of their economic rights, but also leads to backlash. Caste continues to play a role in these negotiations, and Brulé shares her apprehension about potentially “greater resistance to women’s reservations” in the near future, “unless something changes.”

How is the relationship between political representation and property rights impacted by caste? Does it hold true across caste groups, and does the caste of elected women make a difference?

I analysed data from the Rural Economic and Demographic Survey 2006 to 2009, conducted by the National Council of Applied Economic Research (NCAER).

I found the strongest positive relationship between political representation and the ability to claim property rights amongst the relatively advantaged castes. There is a nine to ten percentage point improvement in the likelihood that women will inherit land if they’re from forward castes—conditional on having a female gatekeeper or a female pradhan or sarpanch (village head).

But these are also the groups that see the strongest backlash, as social constraints on women’s mobility tend to bind even more keenly for women from upper castes. When gender-equal property rights are introduced in addition to having a woman elected leader, we see a decline of somewhere between 21 and 24 percentage points in the probability that they’ll inherit any land.

We see backlash when representation is used as a channel to claim property and inheritance rights across caste lines.

That’s a really robust statistical relationship, and we see something similar but slightly less strong statistically for other backward castes.

However, we see something different with members of scheduled castes. For these groups, there’s actually a negative relationship between any claims to property rights and female representation. Even the claim of symbolic property rights results in backlash.

To summarise, we see backlash when representation is used as a channel to claim property and inheritance rights across caste lines. But statistically, it’s the strongest amongst the forward castes.

When we look back at Irma Clots-Figueras’ research on women in state legislatures, she found that amongst women legislators, women coming from scheduled caste and scheduled tribe backgrounds were much more likely to promote legislation that favours women. They are strong proponents of the amendments to the Hindu Succession Act, and to similar kinds of gender progressive laws. We don’t see that kind of relationship or support among forward caste women.

Without equality in one domain, it’s almost impossible to achieve equality in the other domain.

It does seem that traditionally dispossessed women are the ones who are the strongest advocates for radically progressive change. I found something similar in my research (which is ongoing with Aliz Tóth). So, caste matters. We could, therefore, do more to advance the voices and the influence of the most disadvantaged women for everyone’s benefit.

To me, it matters how we think about the relationship between the caste system, political representation, and property rights. When we look back at pre-Independence Dalit movements—such as the activism of Ambedkar and Periyar—they understood that the struggle for equality required overturning both caste and gender hierarchies. To me, that is the broader project that we really need. Without equality in one domain, it’s almost impossible to achieve equality in the other domain.

How does the impact of political quotas for women vary in different states?

It’s a bit too soon to answer that. This particular set of reforms to equalise property rights came from the South. Among the first few states—Kerala, Andhra Pradesh, Tamil Nadu, Karnataka, and Maharashtra—reforms were happening from the late 70s to the mid-90s. In many cases, this was before we had reservations for women in local politics. Nationally, we see reforms for inheritance rights only as of 2005.

So, we have a longer time period to look at how reforms are working in the South, but we do see evidence of women’s access to inheritance when they have equal property rights across the country. This isn’t just a story about what’s happening in the South, I would say it’s a question to keep returning to. It will take one or two generations to have a clear sense of the net impact of these reforms.

With the 73rd and 74th Amendments, India mandated that one-third of those elected at local level political bodies will be women. Several states have gone on to increase that quota, and reserve half the seats in panchayats and municipalities. How do we quantify the scale of the impact that political quotas are creating?

The first Minister of Panchayati Raj, Mani Shankar Aiyar, told me during a conversation for my book, “It’s important to remember that there are more women in elected office in India than anywhere else in the world, and in fact, probably more than the rest of the world combined.”

I don’t know how you can’t think about that as a revolution—the scale of change is massive.

But we don’t see that revolution translating into increased representation at the state and national level. If political quotas lead to improved lives for women at the local level, could this disincentivise our patriarchal political system from introducing similar quotas at the state and central levels?

We’re still in the early days of female representation. But at this point, the most consistent response I see is a backlash—a sense of pushback—against reservations for women at higher levels of office at the state or national parliament.

The popular discourse has been that women don’t make effective leaders.

There is a reigning popular discourse about proxy politics—the sarpanch-pati or pradhan-pati. (This is the practice where a woman formally holds elected office, but the actual power is wielded and exercised by her husband or another male relative.) It was particularly widespread in the run up to the first round of reserved seats for women. This was men telling themselves, “We don’t need to worry too much, because we are still going to be in control. We can symbolically give away these seats to women, when we know it’s going to be their brothers, husbands, or fathers who are going to be pulling the strings.”

The popular discourse has been that women don’t make effective leaders since their male family members take over as proxy rulers in their names. But when you look at what’s happening on the ground, you realise it is not true. Many women are doing remarkable work as leaders. For example, during the course of my research, I met Padmawathi, the sarpanch of Kanchikacherla Mandal village in the Krishna district of Andhra Pradesh, who came to office determined to help women overcome the many challenges they face in their everyday lives. One of her innovations was to intervene in marriage negotiations, nudging parents to give daughters a share in land inheritance instead of monetary dowry. In doing so, Padmawathi was actively pushing back against established norms, where as soon as women are married, they are perceived as the property of their marital family.

We are going to see greater resistance to women’s reservations—not less—in the near future, unless something changes.

The early experience in local governance for women shows that women really are effective political agents, and they really are revolutionising how politics works at the local level. In an ongoing research with Simon Chauchard and Alyssa Henize, we seek to identify the scope of differential constraints women face when conducting the roles they are elected to perform, and understand what predicts variation in women’s effectiveness in office. But I imagine that we are going to see greater resistance to women’s reservations—not less—in the near future, unless something changes.

And the place where we see this resistance being even more dramatic is women’s entry into the labour force. The female labour force is actually declining across the country despite the fact that in terms of education, women either have parity with men, or in some cases have even better levels of education than men. So, this really is about the exit of excellent women from the labour force—and from the political spectrum—as a result of the resistance to a systemic altering of power relations.

So, what could be a way forward? Are there examples from around the world we could learn from?

Ideally, what we need is more work to collectively mobilise not just women, but also men in support of greater equality. If I were to look outside of India, I think Scandinavia presents the most hopeful case. There, if we go back 100 years, we saw radical activism jump-started by women but with great support from men as well.

What we need is more work to collectively mobilise not just women, but also men in support of greater equality.

They started early on, from giving women access to paid maternity leave, introducing paternity leave, and getting men to take paternity leave—basically changing relationships within the household. And that requires putting money into families, not just into individuals who can scale the corporate ladder. I think it’s a different way of investing in egalitarian social systems that can lead to more egalitarian politics.

When we try to think of how we can create incremental change, one possible way is to see how we can build female mentorship networks among elected female politicians. We can create small-scale networks that allow women within them to flourish, as we find in entrepreneurship, which can help them to actually start moving up the ladder of politics. They can really bring meaningful agendas for change into the policy world as they go.

If women can help support other women, in all processes within and outside the household, we can provide incredible resources for each other to think about solutions to various challenges as they emerge on a daily basis.

These are edited excerpts from an interview originally published on #Women Lead.

Tags: caste, local governance, women empowerment
We want IDR to be as much yours as it is ours. Tell us what you want to read.
writetous@idronline.org
ABOUT THE AUTHORS 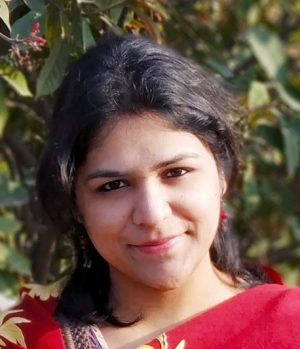 Akshi Chawla is an independent researcher based in New Delhi, India. She runs #WomenLead, a platform focused on covering and amplifying the voices and work of women in politics from around the world. In addition to dreaming of a world with fair representation in politics, she spends her time researching and writing about inclusion and social justice. 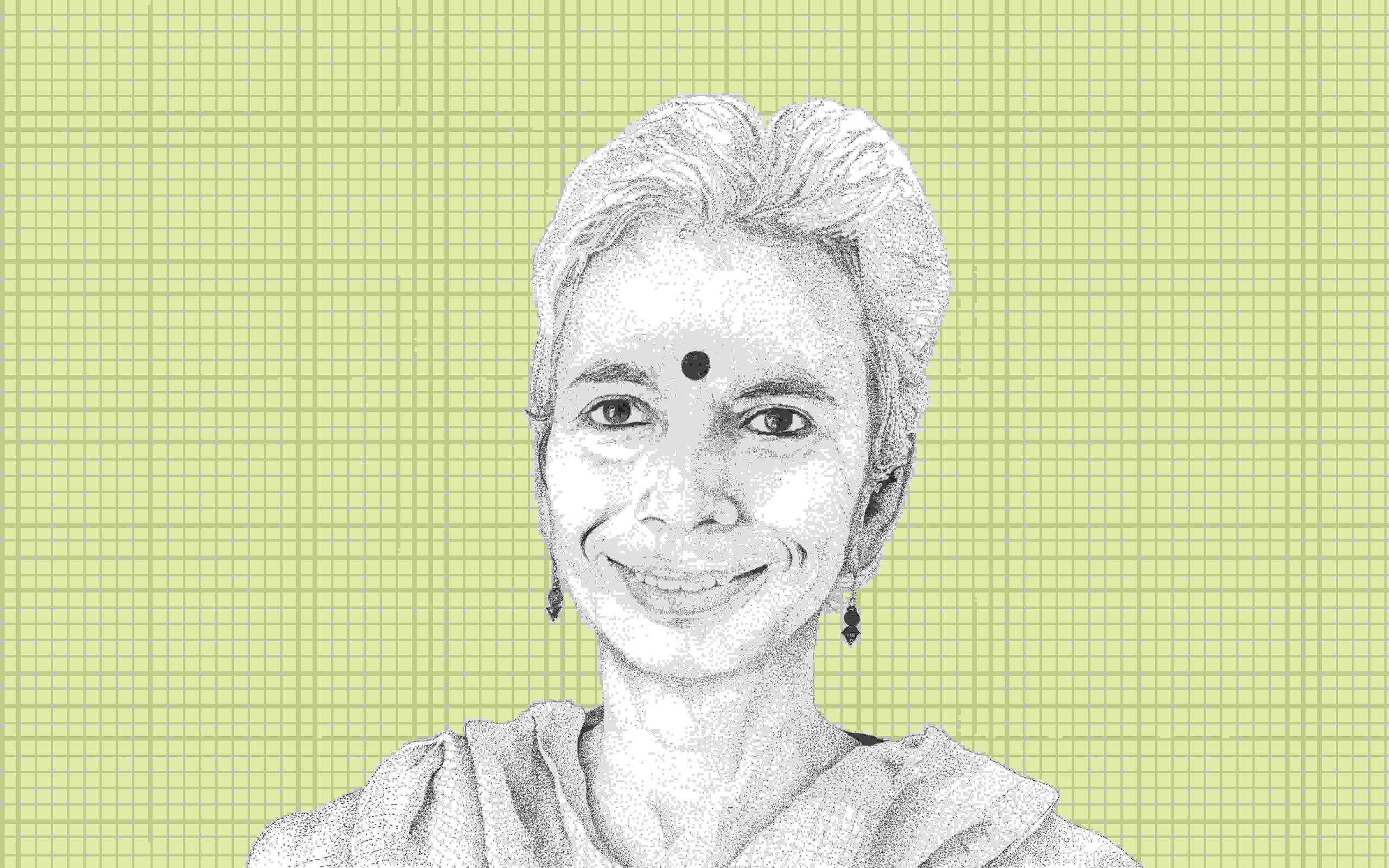 IDR Interviews
IDR Interviews | Sushma Iyengar
Recognised for her pathbreaking work in Kutch, Sushma Iyengar shares what led her to focus on the intersection of women’s rights and rural development, and why she believes the scope of women’s empowerment today is limited to economic transformation.
by Rachita Vora, Shreya Adhikari | 11 min read