Are women less philanthropic than men?

Key indicators might lead us to conclude that India’s women cannot possibly be as charitable as its men, but that is far from the truth.

One of the most pervasive myths in US philanthropy is that women give less to charity than men. That is what the faculty of the Indiana University Lilly Family School of Philanthropy call out in a recent article published in the Stanford Social Innovation Review. After highlighting the myth, the authors then debunk it. Citing three separate research efforts from the Women’s Philanthropy Institute (WPI), the authors argue that when we “take into consideration wealth, income, and education, [US] women are more likely to give and also to give more money than men.”

The question is, does the same hold true in India? Is the notion that Indian women are ‘less philanthropic’ than Indian men mere fiction, or fact?

At first glance, the evidence indicates that it is quite likely that women in India are, in fact, less charitable than men.

Related article: Philanthrophy in India is growing: Fact or fiction?

To begin, researchers at WPI maintain that income is a key predictor of philanthropic giving. Unfortunately, from 2017 to 2018, India’s share of employed women, as well as women who are available for work, fell to an all-time low of 23.6 percent, according to the World Bank. Put another way, roughly three out of four women over the age of 15 are neither working nor seeking work. Because they lack an income stream, unemployed women presumably have less influence over the family’s financial or giving decisions.

Wealth is another predictor of charitable giving. Entrepreneurial ventures are catalysts for generating new wealth, yet women are woefully under-represented among India’s entrepreneurs. Data from the Sixth Economic Census, conducted between January 2013 and April 2014, shows that women own just 13.8 percent of India’s businesses. The paucity of female entrepreneurs might explain, at least in part, why just one woman entrepreneur—Kiran Mazumdar-Shaw—qualified for Forbes’ 2019 list of India’s 100 Richest People.

When it comes to either building a business or engaging in philanthropy, even when women succeed, they are not always accorded the credit and support they have earned. Although there is no specific source that explicitly states that India’s female givers give less, there are sources that may inadvertently under-represent women’s contributions to philanthropy.

For example, the EdelGive Hurun India Philanthropy List, an oft-cited source that estimates total philanthropic giving among India’s wealthiest individuals, typically spotlights male givers. According to its 2019 report, only one of the nation’s 10 most generous givers between April 2018 and March 2019 was female. The report includes a separate, secondary ranking of female givers, but the male-dominated Top Ten list gets an outsized portion of the media’s attention.

Taken at face value, much of the media’s reporting on this list leaves the impression that women are stuck on the fringes of India’s philanthropy. But is that really the case? 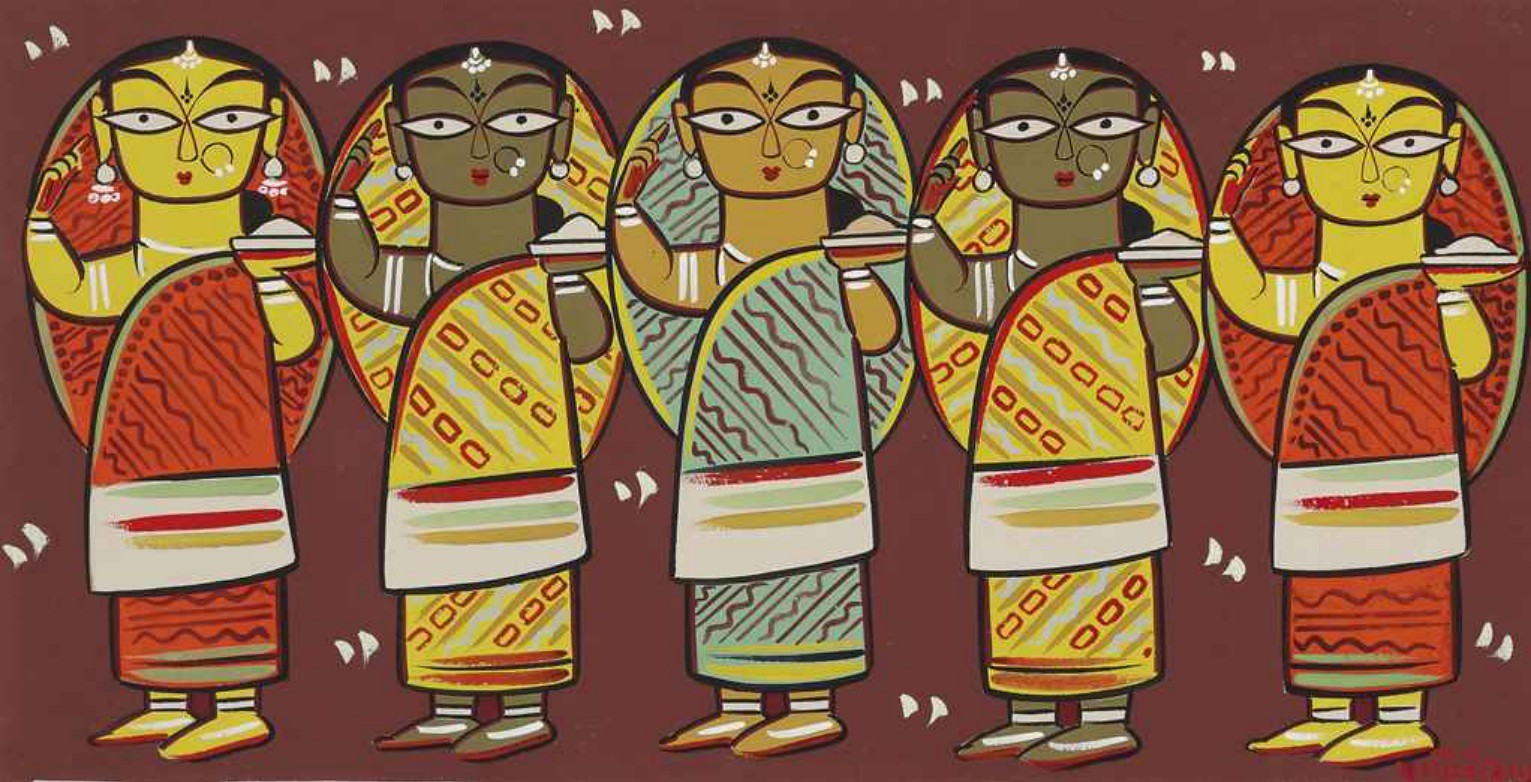 Women’s philanthropy has deep roots in India, and women have made significant contributions to social progress. | Photo courtesy: Jamini Roy on Flickr

It is entirely reasonable that the data on women’s low participation in the work force, their under-representation among India’s wealth-generating entrepreneurs, as well as the media’s almost-exclusive focus on the country’s top-ranked male givers, would lead us to conclude that when it comes to philanthropy, men matter most, by far.

In fact, organised, women-led philanthropy in India spans at least three centuries, according to a historical overview published in the December 1996 edition of the journal Voluntas. Beginning in the mid-19th century, young widows launched an array of organisations serving the medical, educational, and housing needs of destitute women and orphans. In the first half of the 20th century, Mahatma Gandhi inspired a new generation of women to launch organisations serving society’s underprivileged. In the late 1960s and early 1970s, as the West’s women’s liberation and human rights movements accelerated, there was a sudden mushrooming of women-led development organisations and support groups throughout India.

“Contrary to popular perception,” concludes Pushpa Sundar, the paper’s author, “women’s philanthropy has deep roots in India, and women have made significant contributions to social progress, even [as they remained] outside the formal power and profit structure.”

Women’s philanthropy has deep roots in India, and women have made significant contributions to social progress.

Today, several women are very much among the leaders of India’s philanthropic ecosystem. Biocon founder Kiran Mazumdar-Shaw, with an estimated net worth of USD 2.8 billion, is the second Indian (after Azim Premji) to take the Giving Pledge—a commitment by the world’s billionaires to put the majority of their wealth towards advancing socio-economic progress. Much of her focus is on easing the health and financial burdens that diseases like cancer impose on low-income patients. She is also helping pioneer pathways for the next generation of India’s high-net worth philanthropists—men as well as women—to follow.

“We want to be role models for others to emulate,” said Ms. Mazumdar-Shaw in an interview for The Bridgespan Group’s and Mint’s “Remarkable Givers: India” video series. “That is the only way we can catalyse the [social-change] process.”

Rohini Nilekani, along with her husband Nandan Nilekani, has also pledged to put most of their USD 1.6 billion towards charitable causes. An author and former journalist, she has also contributed tens of millions of dollars of her own wealth to advance social causes such as strengthening independent media and civil society, children’s education, water, sanitation, and the environment. At the same time, the Nilekanis are harnessing digital technology and collaborative models to create societal platforms, where various actors—government, nonprofits, and civil society—can come together and co-create approaches for surmounting the country’s most vexing social challenges.

Four Indian women and their spouses, who live outside the country, have also signed the Giving Pledge. In addition to these female signatories, other women are also leading sweeping philanthropic efforts.

For example, Rajashree Birla spearheads the Aditya Birla Group’s CSR initiatives, which are centered around rural development, education, healthcare, and sanitation. Anu Aga, whose estimated net worth is USD 1.2 billion, and her daughter, Meher Pudumjee, run the Thermax Foundation, which is working to improve education for under-privileged children in Mumbai and Pune. In an interview with Dasra, Anu Aga revealed that her family will channel 30 percent of their personal wealth into philanthropy.

Women also play critical roles in deploying the philanthropic capital of their families or foundations.

Women also play critical roles in deploying the philanthropic capital of their families or foundations. Chief among them: Vidya Shah, the force behind the EdelGive Foundation’s brand of collaborative philanthropy; Kiran Nadar and her daughter Roshni Nadar Malhotra, who shoulder much of the responsibility for guiding Shiv Nadar Foundation’s annual investments of USD 75 to 100 million in improving the educations of marginalised young people, among other initiatives; and Archana Chandra, a trustee of the ATE Chandra Foundation.

Beyond these and other women who are working at the forefront of philanthropy, there are many thousands of women with far, far less capital, who nevertheless are investing their time, expertise, and influence in grassroots nonprofits and social movements that are chipping away at some of India’s most consequential socio-economic challenges.

These include female-led organisations like Self Employed Women’s Association (SEWA), the world’s largest union of informal workers; Internet Saathi, which thus far has improved the digital literacy of 24 million rural women across India; and the more than two million Women’s Self Help Groups, which are providing micro-finance services to an estimated 33 million members.

Because the stories of female funders too often go untold or unnoticed, we perceive that Indian women are indeed less philanthropic than men.

Because the stories of female funders, whatever their means, too often go untold or unnoticed, we might perceive that Indian women are indeed less philanthropic than men. However, ultra-wealthy women who are giving away at least half their fortunes—as well as the many women who are deploying philanthropic capital, role-modeling, and strategising collaborative ways to scale their efforts—signal that women are far more impactful than we might recognise.

This much is certain: India’s female philanthropists have long been, and will continue to be, a vital catalyst for helping millions of people improve their lives.

With editorial inputs from Bill Breen.

Tags: gender equality, philanthropy, women empowerment
We want IDR to be as much yours as it is ours. Tell us what you want to read.
[email protected]
ABOUT THE AUTHORS 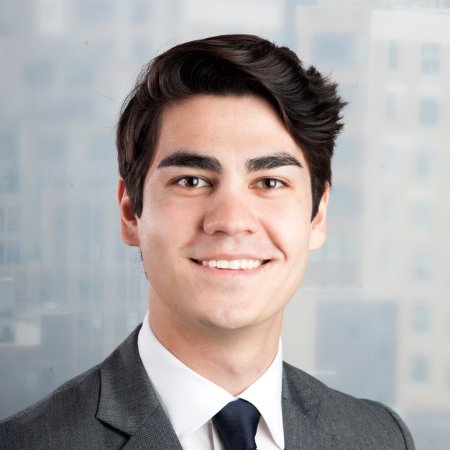 Alex is a consultant at The Bridgespan Group, where he works with a wide array of social sector stakeholders, including nonprofits, foundations, and impact investors. His focus is on designing and deploying career impact bonds, maternal and child health programmes, and foundational education initiatives. Previously, Alex worked at Parthenon-EY, a management consulting firm. He holds a BSc in Economics from the Wharton School of Business and a BA in International Studies from the College of Arts and Sciences, University of Pennsylvania.