Child marriage in Bihar: Why does it persist?

More than two out of five girls are married early in Bihar. Here are some reasons why child marriage remains prevalent in the state and some ways to discourage it.

Marriage in adolescence denies young women and girls their agency as it is associated with early pregnancy, maternal and child mortality, intimate partner violence, and intergenerational poverty. India has seen improvements in child marriage levels in the last 20 years, with states such as Rajasthan, Chhattisgarh, and Madhya Pradesh showing the best results. However, persisting gender inequities have stalled progress in curbing child marriage in certain states such as Tripura, West Bengal, and especially Bihar, where more than two out of five women continue to get married early.

From 2015–16 to 2019–20, 10 out of 37 districts in Bihar witnessed an increase in child marriages of girls, with seven districts recording an alarming increment of more than 5 percentage points. Conversely, 11 districts saw reductions of more than 5 percentage points in their early marriage prevalence.1 Given the varied picture this data presented, the Centre for Catalyzing Change’s Sakshamaa Initiative undertook a mixed-methods study2 to understand the dynamics and drivers of early marriage in Bihar—the attitudes of parents and young people, perceived value of education, and norms around young people’s sexuality and choice.

Here are some factors, as discovered by the survey, that contribute to early marriage in Bihar, and some that work to discourage it.

1. Completing less than 10 years in schooling is still the norm in Bihar. The mean educational attainment was low for both girls (7.8 years) and boys (8.3 years). However, more girls (73 percent) than boys (54 percent) wish to rejoin school.

2. The gender gap in schooling widens with age. Compared to 57 percent boys who had completed secondary school and were still attending school, only 32 percent girls were attending school after completing the secondary level.

3. One in three girls drop out of school because they do not find education worthwhile. Lack of economic opportunities for women and in-laws’/parents’ resistance towards educating girls and allowing economic participation discourage girls from seeking an education. Contrarily, the boys who dropped out of school did so for paid work activities.

4. There is a marked gender gap in parents’ aspiration for their children. About 55–57 percent of parents (both fathers and mothers) want to educate their daughters up to higher secondary, while 51–56 percent would want their boys to study up till the master’s level.

6. The likelihood of receiving proposals for marriage declines as the educational attainment of girls increases, but for boys the number of marriage proposals increases significantly with education.

1. The patriarchal perspectives of community gatekeepers—such as panchayat representatives, frontline workers, men, and boys—are drivers of early marriage. Dowry is reinforced as an indicator of boys’ worth in the marriage market. Therefore, finding grooms for a younger girl is easier for parents, who are in a position to ‘proudly’ negotiate and ‘bargain’ in such cases.

2. The perceived utility of education is the lowest among community gatekeepers (40.2 out of 100 scored on an index). Parents experience overwhelming societal pressure to prioritise their daughters’ marriage over their education. Gatekeepers believe educating girls is unimportant and burdensome.

1. Bihar’s Saat Nishchay (or 7 Resolves) programme, implemented in 2015, prioritises the development of rural roads, electricity, and water supply, along with focusing on youth education, skill development, employment, and women’s empowerment. Such rural development can have a transformative influence on gendered aspirations and norms in the following ways:

2. Greater media exposure (respondents’ engagement with newspapers, magazines, television, radio, mobile phones, internet, and platforms such as Facebook and WhatsApp) has a positive effect on mothers’ perceived utility of education and reduces their tendency to control girls’ sexuality.

3. Bihar has a range of schemes incentivising girls’ education, whether through the provision of bicycles to facilitate mobility, stipends to buy uniforms, or a conditional cash transfer scheme guaranteeing payout after completing school. Respondents with prior knowledge of these existing government schemes are more likely to have a higher perceived utility of education and hold progressive beliefs towards the age of marriage.

Launched in 2006, the Bihar Rural Livelihoods Promotion Society, or JEEViKA, builds women’s community institutions in the form of SHGs. Through its network of 1.06 million SHGs, it has strengthened the financial status of women in rural Bihar. Moreover, as women occupy public spaces and participate in political, financial, and civic processes, their capacity to challenge patriarchal and normative restrictions also increases.

1. JEEViKA members exhibit the lowest tendency to control girls’ sexuality, pointing towards the subtle shift in gender norms that such groups can bring about.

2. Mothers who are members of JEEViKA express a stronger desire to provide equal education to sons and daughters, and hold a higher perceived utility of education.

3. Married girls and mothers who are members of JEEViKA are more likely to have progressive beliefs on marriageable age.

How can we curb child marriage?

Putting an end to child marriage requires a multipronged approach that promotes education and empowers women socially and economically. Here are some recommendations to tackle the issue.

1. Address poverty and promote overall development: The study reinforces that child marriage is most prevalent in socio-economically marginalised households, and in villages that score poorly on development indicators. Creating livelihood opportunities and ensuring extremely poor families get access to essential entitlements, such as health, education, and mobility, could ensure that parents don’t feel compelled to get their minor children married.

4. Raise awareness of key schemes and entitlements: While a substantial proportion of girl participants have benefited from various schemes aimed at promoting girls’ education, about 57 percent girls were not aware of policies like the Mukhyamantri Kanya Uthan Yojana (a conditional cash transfer programme to promote delayed marriage and school completion).

6. Sensitise young boys and men: The highest tendency to control girls’ sexuality was found among unmarried boys. Reaching out to boys in early adolescence to sensitise them about gender norms, consent, and promote positive masculinity is highly recommended.

This study shows that although there’s considerable work still to be done, attitudes towards early marriage are changing slowly, especially among young women themselves. Against the backdrop of the proposed bill to increase the legal age of marriage for girls from 18 to 21, prevention and redressal efforts require strengthening, since many women in Bihar, and India, are married before they reach the age of 21.

Tags: child rights, women empowerment, women rights
We want IDR to be as much yours as it is ours. Tell us what you want to read.
writetous@idronline.org
ABOUT THE AUTHORS 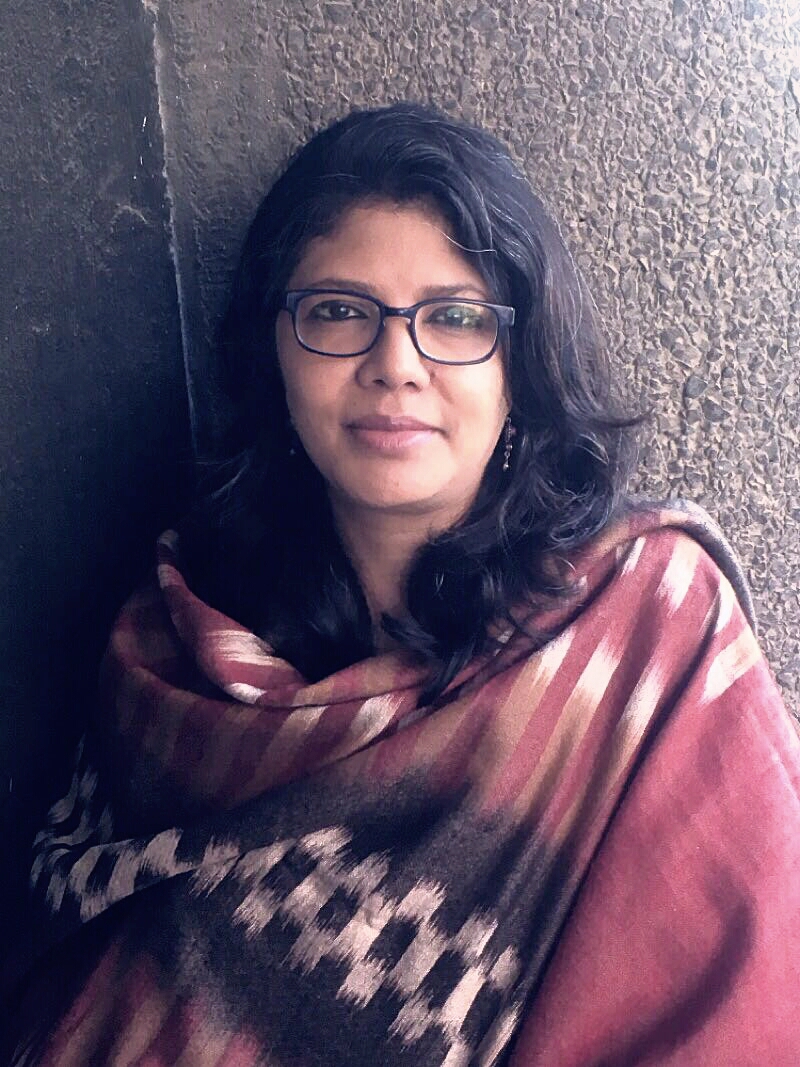 Madhu Joshi, Senior Advisor, Gender Equity and Governance at Centre for Catalyzing Change or C3 (formerly CEDPA India), has more than 24 years of progressive experience with women’s organisations, national and international development agencies. Her thematic expertise extends across a range of gender issues, including violence against women, women’s political empowerment and reproductive health and rights. Madhu leads C3’s work on gender, including interventions focused on advocacy and programmes. 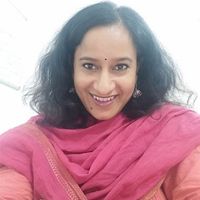 Anamika Priyadarshini, PhD, works as Senior Specialist, Research at Centre for Catalyzing Change (C3). She has worked with national and international organisations and academic institutions as an academic and development professional. She has led several research projects and published articles in reputed journals like Brill, Economic & Political Weekly, Mainstream, and Social Change. She completed her Masters in International Development from Cornell University and PhD in Global Gender Studies from the State University of New York (SUNY) at Buffalo. 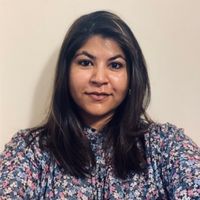 Devaki Singh works as Specialist, Gender Equity at Centre for Catalyzing Change (C3). She has about 10 years of experience providing strategic planning, research, and analysis support at development nonprofits, management consulting firms, and research institutions. Devaki holds an MPA from the Maxwell School of Citizenship and Public Affairs, Syracuse University, and a Masters in International Relations from Jawaharlal Nehru University, Delhi. She completed her undergraduate studies at Lady Shri Ram College, University of Delhi. 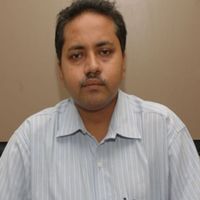 Saswata Ghosh, PhD, is an associate professor at the Institute of Development Studies Kolkata (IDSK). He served as a visiting fellow at the London School of Economics and Bangladesh Institute of Development Studies (BIDS). He worked with Qatar Statistics Authority (QSA), Doha; Centre for Health Policy (CHP), ADRI, Patna; Population Council; and Council for Social Development, New Delhi, in various capacities. He is currently serving as a member in International Advisory Board of Asian Population Studies Journal by Routledge. 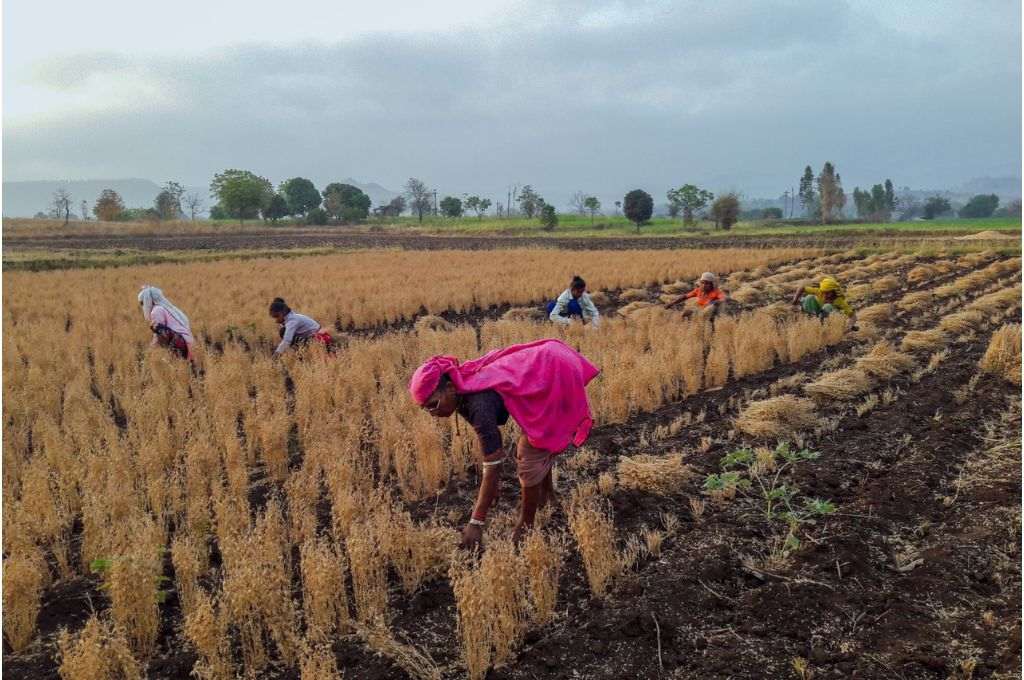