“A growing number of billionaires is a sign of failure”

Unpacking inequality data, why India needs a wealth tax, and what business and nonprofits can do to tackle inequality.

It is no secret that economic inequality has risen exponentially in the last few decades, both in India and globally. According to the World Inequality Report 2022, India is one of the most unequal countries in the world in terms of both income and wealth inequality. It is estimated that in 2021, the top 10 percent of Indians held 57 percent of the total national income while the bottom 50 percent’s share was just 13 percent.

The pandemic has sharply exposed and amplified these inequalities. Another recent report on inequality from Oxfam India found that in 2021, the combined wealth of billionaires in India doubled—the same year when 84 percent of Indian households saw a decline in their incomes and 4.6 crore people slid into poverty due to the pandemic.

These numbers tell a clear story about the obscene levels of inequality we’re witnessing. And it’s important that we start talking about and addressing this right now because it’s morally unacceptable to have an unequal society of this kind. We cannot have a few families and individuals accumulating record wealth while most people on the planet suffer from climate change, lack of healthcare, and hunger. It’s not viable economically, and it is socially and politically dangerous.

What needs to change?

The COVID-19 pandemic showed us how inequality is not just an issue for economists but something that affects each one of us. Take for example the case of India’s health budget. For the last two to three decades, we’ve known that the health system and the healthcare infrastructure are severely underfunded—we have invested just about 1.25 percent of our GDP towards health. India ranks the lowest in the number of hospital beds per thousand population among the BRICS nations—Russia scores the highest (7.12), followed by China (4.3), South Africa (2.3), Brazil (2.1), and India (0.5). India also ranks lower than Bangladesh (0.87), Chile (2.11), and Mexico (0.98). Data shows that India currently has about 1.7 trained nurses per 1,000 people, against the WHO norm of four nurses per 1,000 people—a clear indicator of an under-resourced healthcare system. And we saw what an underfunded health system does to its people, particularly during the second wave of COVID-19, where everything from hospital beds, oxygen, and essential medicines to vaccines was in short supply.

To change this, the government must have resources to invest in social infrastructure, such as education, healthcare, and housing, because they are the best drivers of equality. But how do we generate new resources to fund social welfare? The answer is twofold.

1. Higher taxes on the super-rich

There is clear evidence to show that a direct tax on the super-rich—be it in the form of a wealth tax, wealth surcharge, or inheritance tax—can be used to fund measures that combat inequality. For instance, a 1 percent wealth tax on the 98 richest billionaire families could finance India’s flagship public health insurance scheme, Ayushman Bharat, for more than seven years. Even with a 1 percent wealth surcharge, the super-rich will continue to be richer than they were pre-pandemic. So from an economic perspective, the decision makes sense. And India isn’t the first country to be talking about this. Recently Argentina successfully imposed a new wealth tax on the super-rich to help pay for its COVID-19 response.

2. Ensuring that people pay their fair share of taxes

If we want to build a more equal society, we also need to ensure people pay their fair share of taxes. Last year, the Tax Justice Network did a study that showed that globally USD 427 billion is lost to tax evasion every year. And this is true for India as well. In 2012, Professor Arun Kumar estimated that the size of India’s black economy was 62 percent of the GDP and that it was growing at the staggering rate of 20 percent.

While taxation is an important piece when it comes to solving the inequality puzzle, it is one of many available solutions. What we need is an integrated approach where different sectors and stakeholders each play a part. For example, Oxfam can publish an inequality report advocating for higher wealth taxes and investments in social welfare. But at the same time, we need somebody—say, for instance, the National Coalition for Education—to seek accountability from the government in terms of the investments it’s making in education. And simultaneously, we need a civil society collective such as Jan Swastha Abhiyan talking about how we can invest in and ensure that we have a more robust public health system. All these are interlinked, and as a sector, it’s important for us to understand that we cannot work in silos and our solutions cannot be microscopic. Because the issue of inequality is systemic—we live in an economic system that favours the super-rich.

It is responsibility of the state—rather than philanthropy—to guarantee an individual’s basic fundamental rights.

Often the common argument against raising taxes to fund government systems is that they are inefficient. There’s this concern that if you put in more resources, it will not go to the right places. However, there’s enough evidence to tell us that this is not the full story. Data shows that the government investments in public services actually improve outcomes and reduce inequality.

The real story is that there are vested interests in favour of maintaining the status quo. There exists an unfortunate nexus between policy makers in the government and the super-rich. And therefore, as a society, we are not able to make decisions that may be detrimental to the interests of the super-rich. And that is the problem we need to overcome. Take, for instance, the fact that till 2015, India had a wealth tax. Similarly, last year India also lowered the corporate tax rate from 30 percent to 22 percent to attract investment, which resulted in a loss of INR 1.5 lakh crore and contributed to the increase in the country’s fiscal deficit.

This concentrates wealth in the hands of the rich, making them even richer. It’s critical, therefore, that we talk about reintroducing these taxes because the government needs these resources to fulfil its objectives of promoting social welfare.

The other argument against taxation is that many of the super-rich engage in charity, and that is one way in which they help reduce inequality and promote social justice. While this is true to some extent, it is the responsibility of the state—rather than philanthropy—to guarantee an individual’s basic fundamental rights. Why should anyone depend on the whims and fancies or even the charity of another individual? The fundamental idea of any modern state is to ensure some basic fundamental rights to its citizens, such as health, education, and social security. So why should society depend on the super-rich and their decisions about when, how, and to whom to give money? The Indian Constitution guarantees the right to education, the Directive Principles of State Policy talk about the right to health, and the onus lies on the state to deliver these. Any philanthropic work that happens needs to be done over and above millionaires paying their fair share of taxes.

What role can each stakeholder play?

As a society, there are multiple tangible steps that we can take to reduce inequality and build a more just and equitable society. One of the first things we must do is start acknowledging how a growing number of billionaires is not a sign of success; it is a sign of the failure of the economic system we have created—particularly when we look at these numbers in the context of millions of people sliding into poverty. There needs to be a shift in the public narrative to talk about how the business-first policies that we have are leading to greater inequality.

Fighting inequality is not about targeting individual billionaires but the economic system that allows the concentration of wealth at the top while the majority continue to live in misery without their rights. Here’s what different stakeholders can do:

To begin with, the billionaires and the millionaires need to pay their fair share of taxes. Globally, we are already seeing the emergence of groups such as Patriotic Millionaires and Millionaires for Humanity, who are asking governments to tax them more so that they can contribute towards national development and building a more equitable society.

In addition to paying their share of corporate taxes, businesses need to start thinking about how they can ensure living wages for everyone so that people can live a life of dignity.

Businesses also need to start looking at their supply chains, where many inequalities are amplified and reproduced. What we are increasingly seeing now is that the main business is fairly compliant on labour laws. But most also have a very limited part of their process happening in their own factories—a large part of it is outsourced to other organisations in the supply chain. So holding the supply chain accountable is critical.

The government needs to tax more—implement more direct taxes, a wealth tax, an inheritance tax, and higher corporate tax. We also need to ensure that once there are greater revenues with the government, they’re invested in the right places, like education, health insurance, and social security.

The role that civil society can play here is one of catalysing change. Civil society needs to consistently talk about the growing inequality and not buy into this idea that wealth will be created at the top and then eventually get distributed. Beyond that, it needs to continue the work it does on education, health, gender justice, Dalit empowerment, and climate justice, all of which address inequality. Because taken together, these end up becoming double or triple discrimination for people.

As we grapple with the growing challenge of inequality, it is apparent that we cannot morally accept a society where some of us slept comfortably during the lockdown while thousands of others walked in extreme heat without food, pushed out of the very cities they built. And while the challenge in front of us is growing, there is also hope that will push us to come together and work harder to build a more equal society.

This article is based on an Instagram Live that Amitabh Behar did with IDR.

Tags: civil society, poverty in india, social welfare
We want IDR to be as much yours as it is ours. Tell us what you want to read.
[email protected]
ABOUT THE AUTHORS 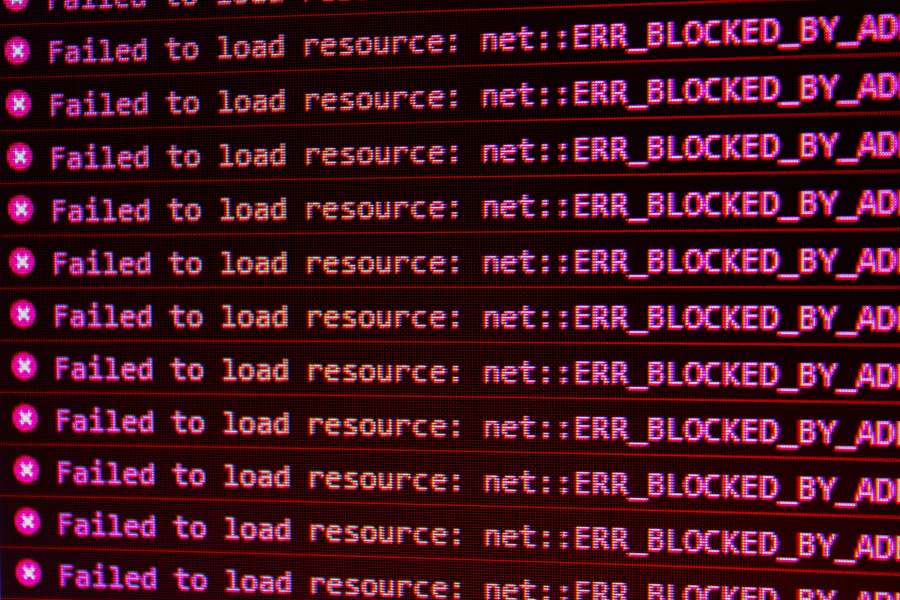 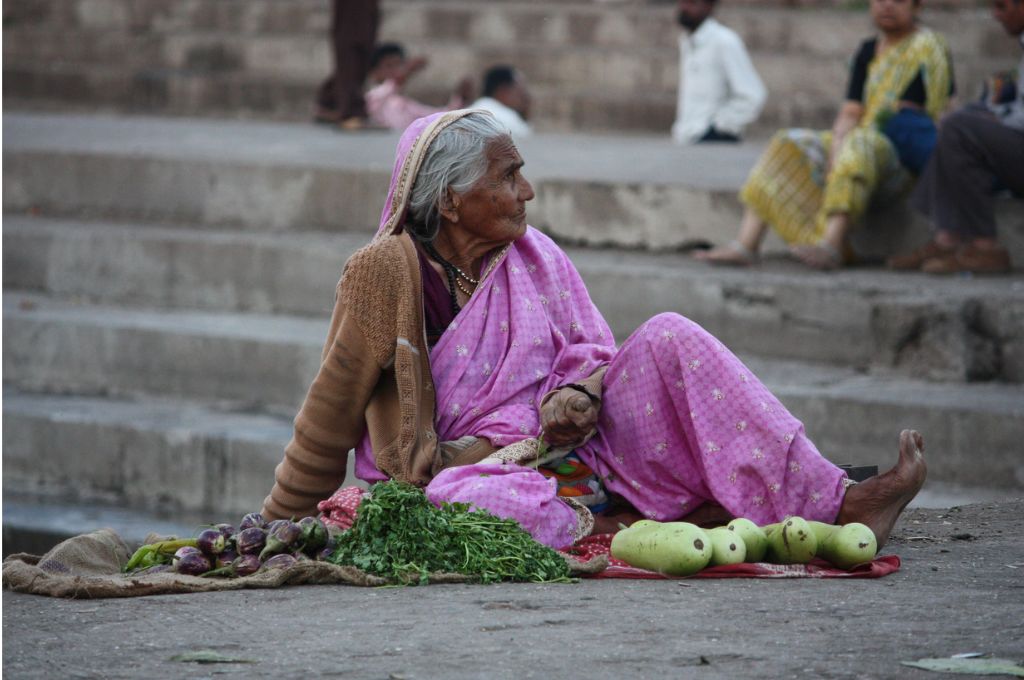 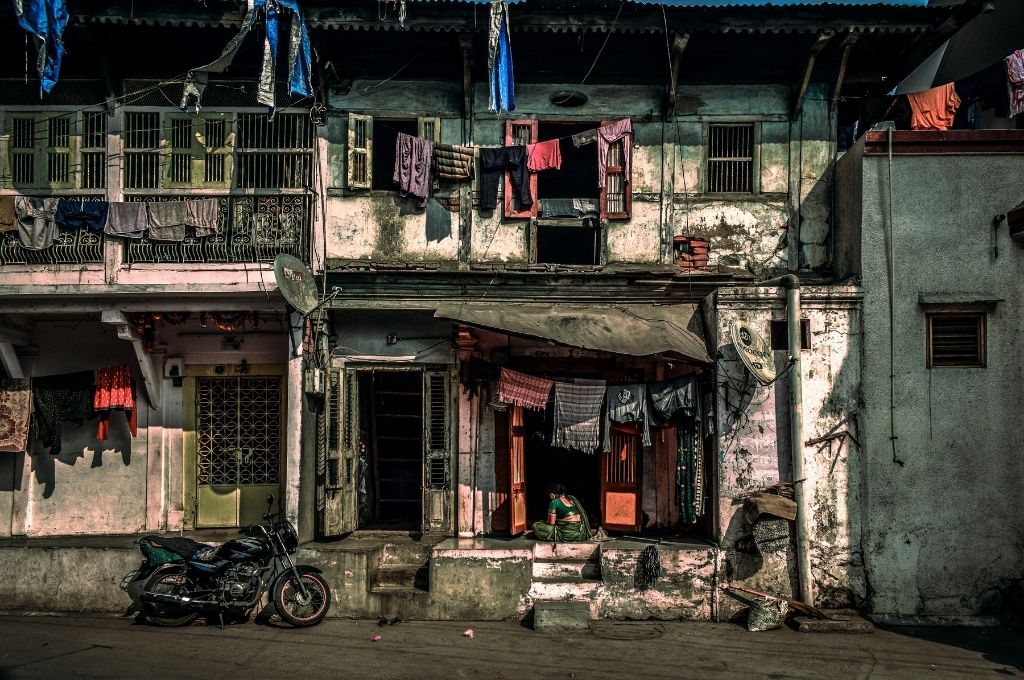