Orphanages in India have not received adequate support from the government regarding COVID-19 and the lockdown. This, along with severe resource constraints, puts the children they care for at greater risk.

Children residing in Child Care Institutions (CCIs, commonly known as orphanages) in India have often found themselves to be the forgotten lot, when it comes to support and development initiatives by the government. This has also been the case during the current lockdown. This is partly because, according to the Juvenile Justice (Care and Protection of Children) Act, 2015 (JJ Act), children in need of care and protection, or CNCP, are supposed to be placed in CCIs temporarily, until suitable means of rehabilitation, such as adoption, placement in foster care, or restoration with family, can be found for them by the authorities.

The reality in most cases, however, is quite different. There are about 3.7 lakh children in more than 9,500 CCIs in India. The number of adoptions and placements in foster care have been dismal—only 4,027 children (0.01 percent) were adopted through the Central Adoption Resource Authority in 2018-19, and official foster care figures are not available. Moreover, the circumstances from which most children are rescued to be placed in CCIs make it difficult for them to be restored with their families. Hence, most children continue to reside in these institutions, which provide them a safe space, care, and basic facilities till they are 18—when they are required to be deinstitutionalised.

The COVID-19 crisis will not only add to the number of children residing in CCIs, but also negatively affect the ability of CCIs to take care of the children already there. Here’s how:

CCIs are expecting to see a jump in new admissions

About 50 percent of the children in CCIs come from families that are unable to take care of them due to their financial situation. The ongoing pandemic is expected to push many families deeper into poverty, which would lead to a rise in this number. Globally, the United Nations estimates that 42-66 million children could fall into extreme poverty as a result of the crisis this year, adding to the estimated 386 million children who were already in extreme poverty in 2019. Besides, the pandemic will lead to more children dropping out of school and being exposed to child labour, trafficking, and abuse.

Authorities will find it difficult to rehabilitate children who are already in CCIs, because the financial capability of families is likely to worsen in the coming months.

Anticipating these risks, on March 29th, the National Commission for Protection of Child Rights (NCPCR) issued an advisory regarding the care and protection of children moving with migrant families, children living on the streets, and those in CCIs. It assigns responsibility to Childline, the Child Welfare Protection Officer (CWPO), and the Child Welfare Committee (CWC) to identify abandoned, orphaned, or lost children, and children found living or begging on the streets, and place them in CCIs or ‘fit facilities’ (childcare institutions run by voluntary groups or nonprofits and deemed suitable by the government). While CCIs are likely to see a jump in the number of new admissions, authorities will also find it difficult to rehabilitate children who are already in CCIs, because the financial capability of families is likely to worsen in the coming months.

As the nation went on lockdown on March 24th, CCIs were advised to shut their gates to visitors from outside, to protect the children. This included staff who do not reside in the CCI premises, and external volunteers and organisations working with CCIs to implement programmes on health, education, and so on. They have now limited, if not entirely paused, their engagement with children. With schools shut as well, children are restricted within CCIs. Caretakers within CCIs are trying their best to keep the children engaged with games, artwork, and other activities. Few have also sent back the children who have had contact with their parents or guardians, on the basis of orders from state authorities. Whether this is the right thing to do, given the current situation, is unclear.

Moreover, restrictions on the entry of visitors is very likely to affect fundraising prospects in the near future as well. CCIs depend heavily on local donors for their daily essentials; only 42 percent of all CCIs receive funds through government grants. Preliminary information from the field indicates that while CCIs currently have enough foodgrains, other groceries, and essentials to last a couple of months, they may face a shortage thereafter. 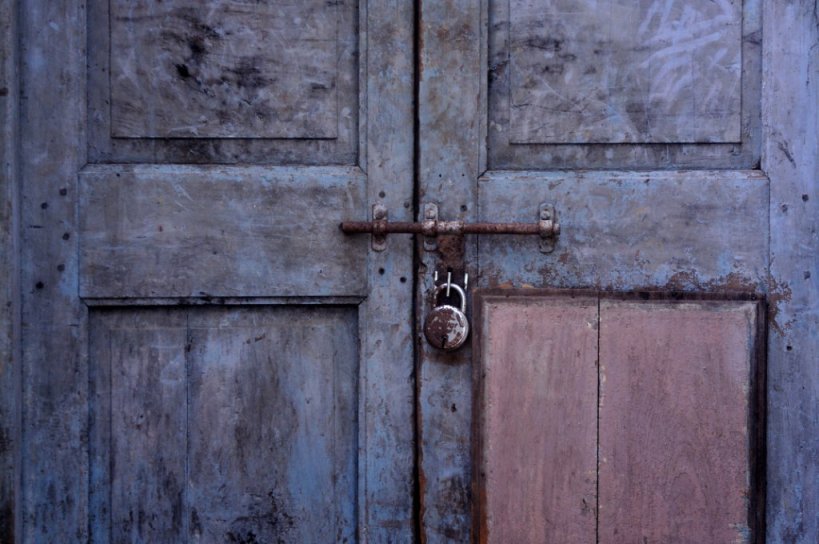 There have been few widespread systemic efforts in the past to support and enable CCIs to provide quality services to children, even though the state has a clear set of expectations from them. | Picture courtesy: Flickr

Long standing government policies and priorities of private donors may need to be revisited with a realistic and empathetic lens to respond to the current crisis, at the very least until the situation stabilises.

Here are some steps that can be taken:

Recognising the role of CCIs in child protection

The state must recognise the role of CCIs, especially in these trying times, and offer support to help them fulfill their duties. Even though the law considers institutionalisation to be the last resort, it is actually in the best interest of the child for the majority of children in CCIs, given their surrounding realities. While there have been cases of exploitation of children in the recent past, there are far more examples of CCIs that are able to provide family-like care to children with adequate support and monitoring.

District Child Protection Units and Child Welfare Committees, along with other stakeholders and nonprofits, need to work closely with the CCI management to ensure:

In some states, this coordination is happening, but we need a more uniform response. For instance, while Odisha has been proactive in releasing funds and supportingCCIs with essentials, no support has been provided to CCIs in Goa. This is likely the result of a lack of coordination between departments, and how states have traditionally dealt with CCIs.

Enabling them to get funding

To prevent shortage of food and essentials, Integrated Child Protection Scheme (ICPS) funding by the government should be extended to all registered CCIs, at least for the next two years. At present, ICPS funding is available to less than half of them, given low budgetary allocations towards child protection services, and lower disbursement. As per an Accountability Initiative report, in FY 2018-19, only 79 percent of the amount allocated towards ICPS was released, whereas in FY 2019-20 (till December 16th, 2019) only 44 percent of the revised estimates had been released by the government.

The government should consider relaxing the eligibility criteria and simplifying the process to avail ICPS funding.

Additionally, the law does not make it mandatory for the government to fund CCIs even if they are registered. CCIs are required to apply for funding, and the process is lengthy and cumbersome. For instance, the process to avail funding under ICPS requires CCIs to submit a proposal in a specified format along with expense reports and other documents. The proposal goes through several rounds of scrutiny at the district, state, and central government levels. The amount of funding, which is the cost per child, differs by state and is released on a reimbursement basis. CCIs sometimes get reimbursed for a fewer number of children than they actually provide for.

The government should consider relaxing the eligibility criteria and simplifying the process to avail ICPS funding, especially during this period. While this would take care of the basic necessities, healthcare, education, life skills, and livelihoods training can be funded through CSR.

Several nonprofits and volunteer groups have released online resources to help children continue learning during the lockdown, but most children in CCIs cannot access them due to lack of equipment. While it is not ideal for children to have mobile phones, an internet connection, and a smart TV (which a lot of CCIs may lack currently), they could bridge the gap and keep children productively engaged. Children in CCIs are losing out on learning, because unlike their peers outside CCIs, many do not have mobile phones and other tools that enable access to online learning. Post lockdown, the set-up can be used to supplement their learning in school, for mentoring, counselling, and a host of other development activities.

Related article: The blindspot in our response to COVID-19

Given the financial and health effects of COVID-19 on communities, the decision to deinstitutionalise children and restore them with their families should be carefully assessed by CWCs. The procedure laid out in the JJ Act for restoration of a child with the family involves several steps, including assessment of the family’s capability to provide for the child, preparing a care plan for the child, and following up on how the child is doing post-deinstitutionalisation. In many cases we have observed that these are hardly followed. Children are deinstitutionalised mainly on the basis of the willingness of the child and the family, without a proper home study and a care plan. Follow up on the situation of the child post-restoration is also hardly carried out.

Not only should the CWCs follow the process diligently, but they also need to consider other factors, such as whether the locality the child goes to has been affected, if the family is in a position to take care of the child, and so on.

The best way forward in the current crisis is to address the gap between the capacities of CCIs and expectations of the government.

There have been few widespread systemic efforts in the past to support and enable CCIs to provide quality services to children, even though the state has a clear set of expectations from them. In addition to meeting the basic requirement of food, shelter, clothing, and medical attention, these services must include appropriate education, skill development courses, counselling support, and recreational activities.

Given that many children would be at risk as the crisis deepens, perhaps this is an opportunity to do more. The best way forward in the current crisis, hence, is to address the gap between the capacities of CCIs and expectations of the government, and develop capacities of CCIs. This will enable them to offer better outcomes in terms of health, mental and emotional well-being, education, and preparing children for livelihood opportunities in the future, thus providing family-like care within the institution, as far as possible.

Tags: child rights, coronavirus
We want IDR to be as much yours as it is ours. Tell us what you want to read.
writetous@idronline.org
ABOUT THE AUTHORS 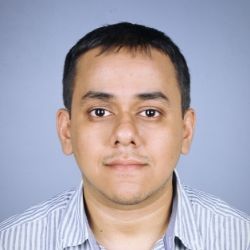 Satyajeet leads advocacy at Catalysts for Social Action, an organisation working with child care institutions to help them provide better care to children. Prior to this, he worked with The Akanksha Foundation, overseeing operations at its network of schools in Pune. Satyajeet’s interests include legal research and policy analysis. He was part of the Dasra Social Impact Leadership Programme, and is a graduate in law from Gujarat National Law University. 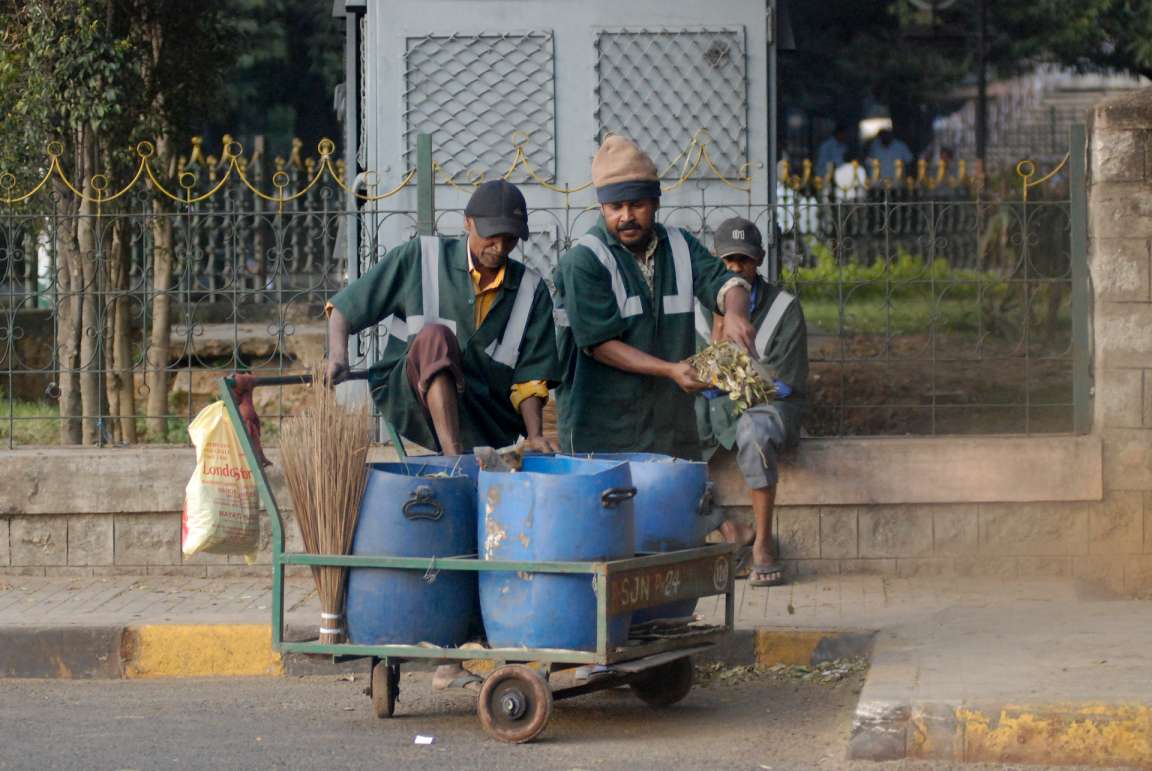 Water & Sanitation
How can we support sanitation workers during COVID-19?
Sanitation workers are at the frontlines of our response to the COVID-19 crisis. Here’s what needs to be done to ensure their health and safety.
by Abhinav Akhilesh, Meera Mehta, Zara Juneja | 3 min read 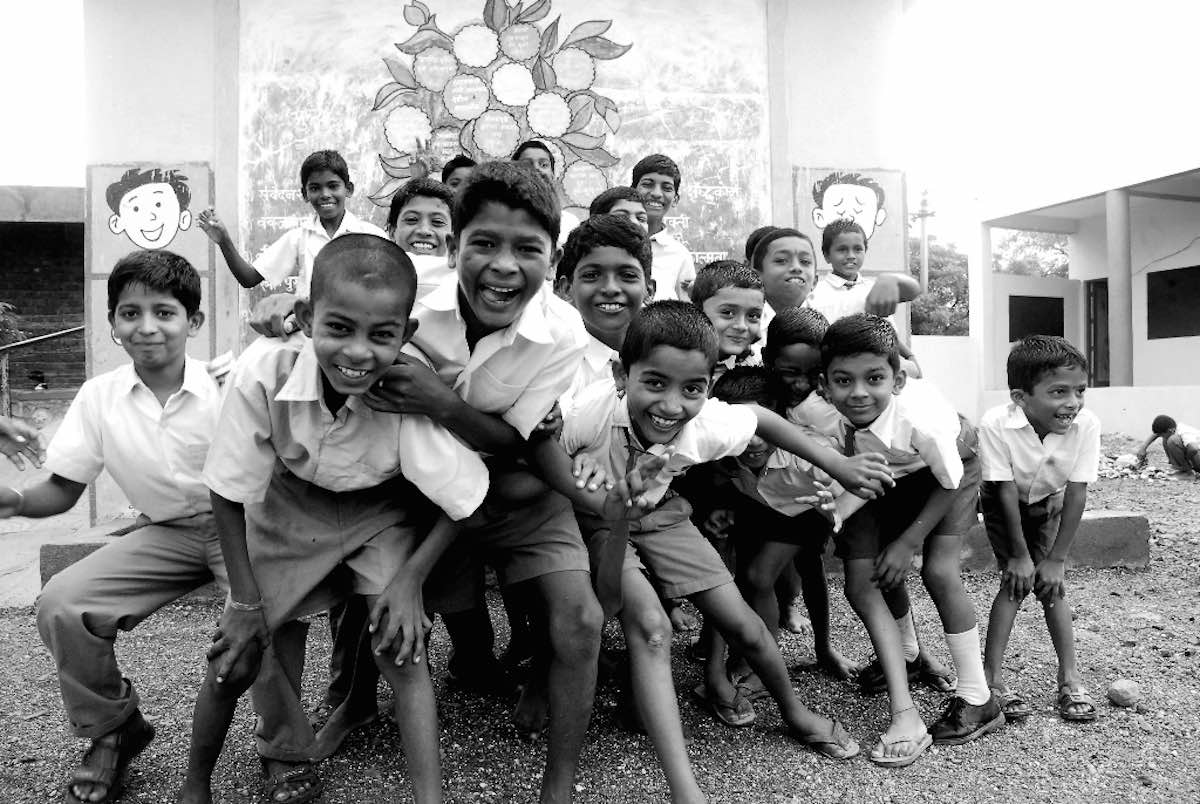 Rights
Why the rights way makes sense
Although its impact might not be visible in the short-term, rights-based work deserves to be supported because of the systemic change it seeks to achieve.
by Puja Marwaha | 4 min read