According to the National Family Health Survey (NFHS)-4 (2015-16), one in three women in India faces some form of gender-based violence. The NFHS-5 has reported an increase in the cases of domestic violence in seven states and union territories (UTs), and an increase in sexual violence among girls less than 18 years old in nine states and UTs. The recent COVID-19 crisis and consequent lockdown resulted in many women being trapped in their homes with abusive spouses and family members, which led to an exacerbation of the quantum of spousal violence faced by women.

In its latest report, Towards Violence Free Lives for Women: Tracking of Budgets (2018-21) for Violence Services, Oxfam India conducted a budget and expenditure analysis of schemes meant to address violence against women and girls (VAWG). The purpose of the study is to track the translation of the government’s commitments on VAWG into budgetary commitments at the union level for the financial years 2018-19 to 2020-21.

Budgets to address VAWG are allocated as women-specific budgets to the Ministry of Women and Child Development (WCD), Ministry of Home Affairs (MHA), Ministry of Road Transport, Ministry of Railways, and others. Much of the budget for women’s safety and violence services in recent years has come from the Nirbhaya Fund. Post the 2012 brutal Delhi gang rape case, the Nirbhaya Fund was constituted as a corpus fund, beginning with INR 1,000 crores, to promote the safety and security of women, and address violence against women. Subsequently, the government continued to add to the corpus—the 2019-20 annual report of the Ministry of WCD reports that the fund now has a total of INR 4,357 crores. Since being set up, the Nirbhaya Fund has accounted for 62 percent, 75 percent, and 92 percent of the total women-specific allocations in the Union Budget on violence against women and girls for 2018-19, 2019-20, and 2020-21 respectively.

Key findings from the study

1. Funds are underutilised and disproportionately used

One of the biggest problems with all women-specific schemes is that budgets are substantially underutilised. This leads to a circular logic of reducing the Revised Estimates (RE) for the current year and Budget Estimates (BE) for the subsequent year, as lesser the utilisation, lower the allocation.

Women-specific budgets for VAWG increased 3.5 times in the years from 2018-19 to 2020-21 after a very poor allocation and uptake in the previous years. Since 2018-19, the number of proposals for the Nirbhaya Fund as well as the allocations and approvals have increased. However, the expenditures for specific projects and schemes have been quite low. For example, in 2019-20, a total of INR 5,670 crores of project proposals were approved under the Nirbhaya Fund, of which INR 2,250 crores (40 percent) were released. Sixty-one percent of this amount, or INR 1,376 crores was finally utilised. This means that of the total funds approved, only 24 percent were utilised.

The study also revealed that 57 percent of the funds in 2020-21, have gone to just five states—Delhi, Karnataka, Tamil Nadu, Maharashtra, and Uttar Pradesh. It’s important to understand why other states have not been able to put in adequate proposals under the Nirbhaya Fund, and how to aid them in doing so. This can help increase the uptake of funds under the scheme.

2. There is little transparency in the use of funds

Seventy-three percent of the allocation and expenditure under the Nirbhaya Fund in 2020-21 (BE) was for the MHA, towards proposals for strengthening forensic laboratories and emergency response systems, among other things. These are a part of much-needed police reforms. The Ministry of Railways and Ministry of Road Transport have put in proposals for CCTV cameras and public vehicle tracking systems. The problem, however, is in including these services under women-specific schemes, since the Nirbhaya Fund was conceptualised for schemes that would solely benefit women. When it comes to forensic laboratories, for instance, a wide range of crimes require forensic evidence—not just those that are perpetrated against women. Similarly, CCTV cameras and emergency response systems help to make public places safer for all, including women.

Given that the Nirbhaya Fund is limited, we must ensure that 100 percent of the money is utilised to assist women.

Therefore, we need more transparency in order to know what proportion of these projects were funded from the Nirbhaya Fund. Given that this fund is limited, we must ensure that 100 percent of the money is utilised to assist women. The MHA can be given a separate budget for police reforms and part of those expenses can feature in the Gender Budget statement, as an overall commitment to increase safety for women.

3. Challenges persist with quality of services and related administrative issues

The Ministry of WCD is responsible for using Nirbhaya funds towards direct services that address violence against women. These include the following:

Some schemes such as the Swadhar Greh suffer from a lack of demand, given its poor quality. Our study documents various challenges when it comes to the quality of services, from the location of the service to its cost. Social services such as Swadhar Greh, OSCs, and the Women’s Helpline are the most affected due to the cost being very low. For example, the unit cost of food per day in the Swadhar Greh scheme is just INR 30, which is even lower than the norm for government hostels. Unit costs of everything from human resources to rents to telephonic expenses are all pegged much lower than what is necessary to be able to offer quality services.

Another bottleneck when it comes to quality is the cost of construction, which is only budgeted for as a one-time expense. There are no budgets for maintenance or repairs, which is a serious concern for the continued upkeep of premises.

Additionally, the late release of funds critically affects how well these services are able to function, and is also responsible for their under-utilisation. Funds for Swadhar Greh, for instance, were released up to three years later than the date of sanction.

The budget heads for VAWG services in 2021-22 have undergone changes such as schemes being clubbed together under a new name, ‘SAMBAL’. The budgets under ‘Mission for Protection and Empowerment of Women’, have been transferred to SAMBAL. This included the following schemes: OSCs, Mahila Police Volunteers, Women’s Helpline, Swadhar Greh, Ujjawala, Working Women Hostel, and Home for Widows. One of the consequences of such clubbing or transferring of schemes is that deciphering individual allocations to various schemes under this broad umbrella becomes difficult, resulting in a lack of transparency.

Clubbing of schemes meant to address VAWG makes it difficult to interpret an increase or decrease in the resource pool of each scheme.

Furthermore, it becomes difficult to interpret whether the resource pool under each scheme has increased or decreased. The components of the SAMBAL scheme, which were budgeted at INR 2,009 crores in 2020-21 saw a 10 percent decrease in the BE of the current year. Similarly, the Integrated Child Protection Scheme (ICPS) has been renamed Mission Vatsalya (child protection and child care services). The budgets for child protection, which are important to address child sexual abuse, violence against children and child labour among others, have seen a 40 percent reduction from INR 1,500 crores (BE 2020-21) to INR 900 crores (BE 2021-22) (CBGA, 2021).

It is not only important to track year-on-year changes in budget allocations and expenditures, but also to understand the quantum of budgets vis-à-vis the requirements.

As per Oxfam India calculations, based on the prevalence of VAWG reported in the NFHS-4 (2015-16) and the National Crime Records Bureau (NCRB) data, about 8.4 crore women in India have faced such violence in absolute numbers. The VAWG budgets at the 2020-21 levels would result in a mere INR 100 per capita per survivor. This is grossly inadequate.

Most schemes under the Ministry of WCD are 60 percent funded by the Centre, the remaining 40 percent being the responsibility of the states. In many cases, states are often not in a position to bear this 40 percent cost of services. This can become a bottleneck for expenditure, as well as cause delays in releasing funds by the central government. This is because if states cannot spend their share of the amount, the next tranche of money from the Centre cannot be released. Hence, we recommend that the central government must provide at least 90 percent, if not 100 percent of the women-specific budgets required to institutionalise services addressing violence against women.

The costs of providing psycho-social, legal, medical, medico-legal services, and institution-based services such as shelter homes, would come to between INR 10,000 and 11,000 crores annually. At least 50 percent of these funds should be allocated to the Ministry of WCD. The Union Budget should be incrementally increased accordingly. At the same time, the annual Nirbhaya Fund corpus allocations need to carry on for another five to ten years, so that services that have been stipulated (like one OSC and 181 helpline per district) are fully instituted. We also need to consider a long-term plan for funding these services, beyond this time.

Tags: union budget India, violence against women, women rights
We want IDR to be as much yours as it is ours. Tell us what you want to read.
writetous@idronline.org
ABOUT THE AUTHORS 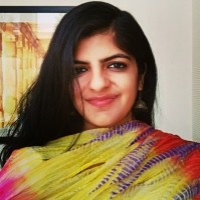 Anushree Jairath is a feminist researcher and is currently working as the Programme Coordinator, Gender Justice at Oxfam India. Prior to this, she has worked with various organisations including Internet Democracy Project, CREA, and International Center for Research on Women (ICRW). She holds a master’s degree in development from Azim Premji University, Bangalore. She writes on and is interested in the issues of gender, sexuality, violence, and their intersections with technology. 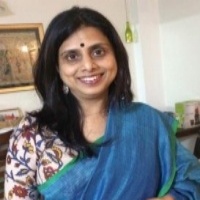 Amita Pitre is Lead Specialist, Gender Justice at Oxfam India. Amita is a Fulbright-Nehru Fellow, and was with the Feminism and Legal Theory Initiative at Emory University, Atlanta. She has nearly 20 years of work experience in violence against women, gender mainstreaming, and gender and health. Prior to Oxfam, Amita has worked with TISS and UNFPA, India. Amita has also worked with the Ministry of Health and Family Welfare to develop a framework for a gender-responsive tuberculosis programme, which has been adopted.