Tapping into individual giving in India

While data suggests that giving by ordinary citizens is growing, there is much we can do to harness its full potential.

The discourse around philanthropy tends to focus on giving by High Net-Worth Individuals (HNIs) or companies, through their Corporate Social Responsibility (CSR) arms. However, data tells us that neither has seen a significant rise in India in the last few years, and there are few reasons to expect a dramatic change in trends in the near future.

Perhaps this is an opportunity to shift our focus to smaller-ticket size grants by individual citizens, or retail philanthropy. Currently, India ranks 124th among 144 countries in the World Giving Index. On average, only 22 percent of Indians interviewed 1 reported to have donated money, helped a stranger, volunteered time, or done a combination of the three in the month prior to the interview. By comparison, our South Asian neighbours were ranked much higher than us, with Pakistan at 91, Bangladesh at 74, Nepal at 52, and Sri Lanka at 27.

However, there is optimism around the rise of individual giving, especially given the scope to harness this growing market through strategic interventions. Philanthropy for Social Justice and Peace (PSJP), a global network of philanthropy practitioners, recently conducted a study on individual giving in India, among other countries. Here are highlights from their report.

Trends in individual giving in India

In India, informal giving is a key part of cultural and religious traditions — both Hinduism and Islam mandate giving. According to DaanUtsav volunteer Venkat Krishnan, this is not the “formal giving to the social sector that most of us track. There’s an equally large if not bigger ‘informal giving’ sector — giving through religious/spiritual and community organisations, as well as direct giving of assistance to those in need, cash and in kind, like sponsoring the education of one’s maid or chauffeur.”

New methods of individual giving that have gained popularity are crowdfunding, payroll giving, and fundraising through marathons. Also driving individual giving in India is DaanUtsav, which started in 2009 as Joy of Giving Week. It is a ‘weeklong celebration of giving’ and has grown from one million givers in its first year, to six or seven million now. Anecdotally we know that many of these are lower-income givers, such as autorickshaw drivers and women in urban self-help groups. 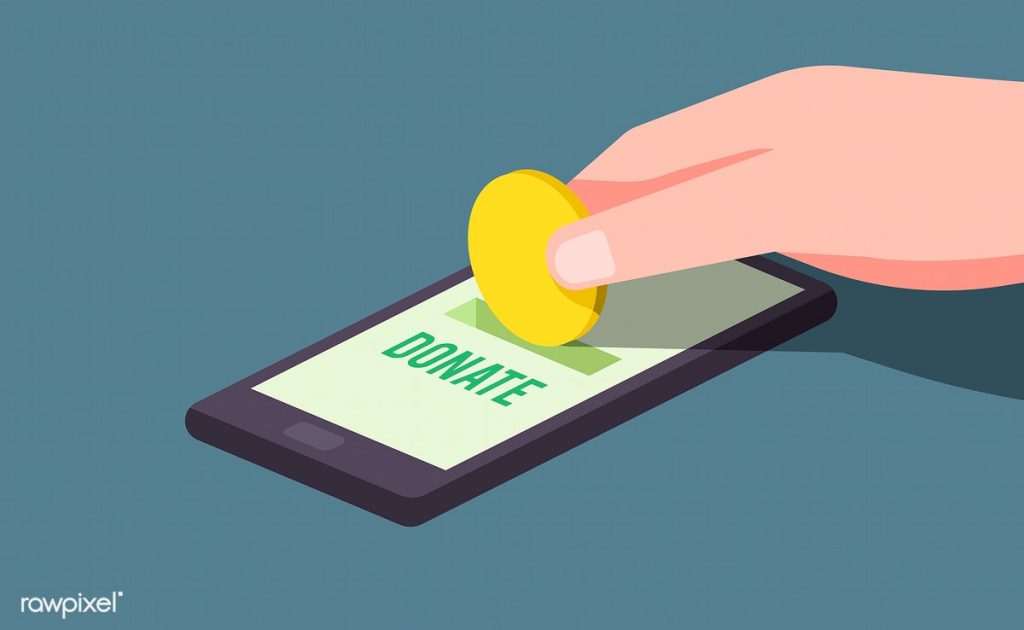 Unless access to technology becomes universal, online giving won’t matter as much as person to person giving. | Picture courtesy: Rawpixel

The nonprofit Child Rights and You (CRY) was one of the first to raise retail funds at a mass scale in India. But according to its CEO, Puja Marwaha, CRY’s revenue is shrinking due to competition from international nonprofits. She says these organisations have the potential to put in the money to build their brand. As a result, Indian nonprofits that don’t have another source of income are unable to even enter the field. Indian nonprofits are intimidated by the amount of investment needed to develop fundraising.

The advantage of this is that local organisations have the option of capitalising on the fundraising infrastructure developed by international organisations. Alison Bukhari of Educate Girls says, “The potential should be much greater now (that) there are more players and many, many more donors. There are now marathons in most cities, door-to-door fundraising is more established, call centre fundraising is up and running… I would hope that there is a tipping point soon when the ‘local is better’ message can be heard, and local NGOs can start to utilise the channels that have been set up by the international NGOs.”

Individual giving in the age of technology

Some of the largest online crowdfunding platforms in India are Milaap, Ketto, and ImpactGuru. Seventy percent of Ketto’s donors are from India, largely from big cities, and between the ages of 25 and 45. Funding goes largely towards projects and service-oriented organisations, rather than human rights causes or organisational support.

According to Varun Sheth of Ketto, online giving has huge potential for India’s 4 million nonprofits in the next five years. The big charities are finding it easy, he says. It’s “a cost-effective, efficient way of fundraising. Small ones are finding it difficult as they are new to the internet world.” But Puja Marwaha cautions that the data on crowdfunding, and online giving more generally, is largely anecdotal, and the space is so small that even if online giving has grown five times, it would still be a relatively small amount.

“Crowdfunding, checkout charity and usage of e-pay platforms will see a lot of growth in giving in the coming years, and traditional forms of giving like payroll/workplace giving will also migrate online,” says Venkat Krishnan. According to Pushpa Aman Singh of Guidestar India, we haven’t “tapped even a fourth of the potential.”

India has the technological know-how to enhance individual giving, but Indians don’t have trust in transacting online.

Pushpa Sundar is of the view that unless access to technology becomes universal, online giving won’t matter as much as person to person giving. Sara Adhikari of Small Change says that crowdfunding is not concentrating on the social sector, nonprofits aren’t good at campaigning for themselves, and some don’t see the value of it. They think that crowdfunding small amounts is not worth the effort, and they would rather spend it on raising money through CSR.

On the other hand, Ingrid Srinath of the Centre for Social Impact and Philanthropy says that India has the technological know-how to enhance individual giving, but Indians don’t have trust in transacting online. Even though middle-class Indians have started to transact online for other things, awareness of giving platforms is largely lacking. Venkat Krishnan suggests this can be solved by better regulation for the now completely unregulated crowdfunding space, better tech interfaces, and so on.

The report lists down several actions that can help individual giving reach its potential in India.

Distrust in nonprofits has been a problem for many Indians. There are organisations that certify, verify, and accredit nonprofits, such as GuideStar India, CAF India, Dasra, GiveIndia, Caring Friends, among others. They offer due diligence services and matchmake between donors and nonprofits, which can help change attitudes among individual givers.

There also needs to be more information available on nonprofits. Greater transparency especially related to the finances of nonprofits will allay fears that the organisations might be involved in tax evasion or other illegal activities. Targeted messaging around civil society’s contribution to the process of nation-building would also build people’s trust.

According to Sara Adhikari, another way to circumvent the issue of distrust is by asking for smaller amounts.

Communicate better with the public

Adhikari also says that communication around individual giving in India is inadequate, and there is not enough motivation for people to get involved in the social sector. She adds that while nonprofits can get better at this, traditional and online media can also contribute, by running stories that raise awareness about the social sector. Ingrid Srinath also points out the lack of championing online giving as an issue.

To convert the potential of individual giving into actual receipts, we need big investments in building nonprofit capacity, according to Ingrid Srinath. Larger organisations have a better chance of raising funds to further build fundraising capacity. But the average nonprofit size in India is fewer than five staff members, with presumably no expert fundraiser. They need to be trained in all aspects of fundraising, especially online.

The case for individual giving

The development sector tends to prioritise philanthropy by wealthy individuals or foundations over smaller ticket, individual giving, thinking the former could be more strategic and drive innovation. However, there is increasing recognition of the pitfalls associated with an over-reliance on this form of philanthropy.

Is it democratic for owners of wealth to also have influence over policy?

Funds from the ultra-wealthy or corporate philanthropy rarely go to movements that challenge the disproportionate accumulation of wealth. Moreover, donors often have influence over the work of the nonprofits they fund. But is it democratic for owners of wealth to also have influence over policy? This becomes especially contentious in the case of human rights or social justice organisations.

On the other hand, support of ordinary individuals in the form of small donations can strengthen the legitimacy of rights-based work. Funding by ordinary people who believe in causes is the way forward, says Pushpa Sundar. “NGOs need to gear themselves up to appeal to this audience. Small donors, small amounts, given anonymously — it’s difficult for government to oppose.”

This is especially true in our current political climate. Organisations working on rights and justice are viewed with suspicion by the government, which in turn deters HNIs, foundations, and companies from attaching their name to these causes. The growth and potential of individual giving must be harnessed to fill these gaps.

Tags: crowdfunding, fundraising
We want IDR to be as much yours as it is ours. Tell us what you want to read.
writetous@idronline.org
ABOUT THE AUTHORS