If we don’t revisit the new Farmer Producer Organisations (FPO) guidelines with a gender lens, women in the agriculture sector will be left behind.

In July 2020, the Government of India published detailed guidelines for the setting up of 10,000 new Farmer Producer Organisations (FPOs) in the country by 2024. An FPO is a registered collective of a group of farmers, who come together for the purpose of leveraging economies of scale in the production and marketing of agricultural produce.

Overall, the formation of FPOs is a step in the right direction. Farmers can get organised, manage their affairs, collectively take up marketing and value addition, and shift from the informal sector to the formal. These guidelines also serve as the base for many other schemes, such as the Agriculture Infrastructure Fund (which allows FPOs to further invest in creating agricultural infrastructure) or ‘One district-One product’ initiative to boost natural farming.

However, the question no one seems to be asking is: Where are women farmers in these 10,000 FPOs?

Across the country, it is estimated that 73.2 percent of the rural female workforce works in agriculture (compared to 55 percent of male workers). Approximately 80 percent of all economically active women are employed by the agricultural sector. In agriculture, their work is often confined to drudgery-inducing manual activities such as transplanting, weeding, and sowing.

Men and women farmers come from gendered experiences, and face different gender constraints and opportunities, and this needs to be reflected in the guidelines. For instance, access to information, control over time, mobility, and even money may be much lesser among women farmers. Therefore, women in FPOs may require a different training methodology or duration; or women FPOs may require more support to access share capital or working capital, since patriarchal norms often prevent women from managing money. Unfortunately, the guidelines do not lay out a separate strategy for reaching out to women farmers. By treating men and women equally in an unequal society, the scheme is gender-blind to the realities of women farmers.

What is the cost of leaving women out?

Since FPOs are a platform for enhancing farmers’ incomes, they are slated to be the foundation for most government agriculture schemes. For example, the FPO guidelines published in July 2020, were immediately followed by the Agriculture Infrastructure Funds (AIF) guidelines in August 2020 (which use FPOs as a base). Compared to men, women farmers are less likely to be equipped to access this scheme on their own, and therefore might be left out of opportunities that allow them to add value along the agriculture supply chain.

The reality is that there is no gender segregated data on FPOs available in public domain.

But even before looking at the future, it is important to take stock of the situation today. The reality is that there is no gender segregated data on FPOs available in public domain. None of the large promoters of FPOs—NABARD, NCDC, or SFAC— have publicly available data on the number of women FPOs on their websites.

According to a report by Azim Premji University in 2019 there were approximately 7,374 FPCs in the country. Of this, due to a lack of gender segregated data, the study estimated that about 3 percent (or 220) of these were women’s FPCs. If we include women’s cooperatives in addition to this data, the number is likely to go up to around 1,000. This is a mere 5.9 percent of 17,000 FPOs expected in the country by 2024, and disproportionate when compared to women being 73 percent of the agricultural labour force.

Effectively, this means that while women farmers are involved in the low-value agricultural production processes, they will be left out of the value addition part of the supply chain, where men will dominate. With technology advancements, especially in functions like grading, sorting, and packaging—which were traditionally women-dominated—women are beginning to get sidelined, and their work is being taken over by men. Thus, if FPOs become the basic unit for value chain and supply chain related schemes, women are likely to lose out at the entrepreneurial level and have their labour restricted to the fields.

Just because there is no gender segregated data, doesn’t mean that women are not a part of FPOs. In fact, one can argue that no one is prohibiting women from becoming members or forming FPOs. But through my associations with grassroots organisations that promote FPOs, I have learnt that this doesn’t happen ‘automatically’ and that special efforts need to be made to include women.

When left to the promoters of FPOs and board of directors, it is men who are automatically given that space.

Out of the 14 FPOs across Gujarat and Madhya Pradesh that I have interacted with in the last two years, only two were exclusively of women farmers. The rest had anywhere between four percent to 25 percent women shareholders. There were also FPOs which had only one woman as a board member because ‘it was the SFAC’s requirement to release the equity grant’. These data and anecdotes reflect our assumption of the ‘farmer’ as male, which gets reflected in the formation of FPOs. Hence, when left to the promoters of FPOs and board of directors, it is men who are automatically given that space.

There are two other arguments against including women farmers that often come up in conversations with grassroots workers. The first is the fact that land ownership typically lies with men—even though land ownership is not a legal criterion to be a member of FPO. Second, that the formation of FPOs is complicated and that it is not easy to include women in FPOs.

There is no doubt that the compliance and nurturing of FPOs itself is complicated, and it is common knowledge that FPOs require a lot of support, irrespective of gender. So why does this question come up only when it comes to women farmers?

The business case for including women farmers in FPOs

Under the Sustainable Development Goal (SDG) 2 and the movement to double farmers’ incomes, the government is committed to reaching out to women farmers. But beyond the argument for gender justice from a right’s perspective, there is a business case for promoting women in FPOs as well.

From both a productivity and profitability perspective, it will be beneficial to have women in FPOs.

Clearly, women farmers have the leadership and financial management skills to run FPOs. Combined with the growing focus on impact investing and gender lens investing, we have a strong case for why both the public and the private sector need to invest in a way that benefits women farmers and make them a part of policy guidelines.

Agriculture can be an important engine of growth and poverty reduction. But the sector is underperforming on many counts, partly because women face constraints that reduce their productivity.

The NRLM has created a good foundation of women’s self-help groups (SHGs) across the country. Sixty nine million women have been organised under 6.7 million SHGs and as of March 2019, the NRLM has supported value chain development proposals covering 254,000 SHG members. Additionally, a strong rural women’s movement in the country led by civil society organisations, has also organised women. These rural women’s collectives can be the base for forming new FPOs. Here are some things we need to do:

It is only when we recognise women as farmers and see the promotion of FPOs from a gender perspective, that we will be able to progress towards gender equality and ensure the sustainability of FPOs. If we do not do this, FPOs will result in all resources—knowledge, credit, inputs, market and technology—being available only to men. This in turn will leave women farmers behind in the farms only to labour, making them even more invisible, and thereby deepening the existing gender divide.

Tags: farmer producer organisations, gender equality, women farmers
We want IDR to be as much yours as it is ours. Tell us what you want to read.
writetous@idronline.org
ABOUT THE AUTHORS 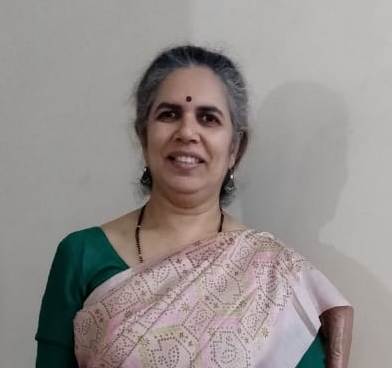 Agriculture
8607
SUPPORTED BY ICC
Reducing air pollution due to stubble burning in Northwest India
Philanthropy can play a role in mitigating air pollution and environmental degradation caused by agricultural practices in Punjab and Haryana.
by Rayan Sud | 6 min read
COVID-19: Click here for insights and analysis, or if you want to support efforts to fight the crisis in India