Ten shows that would be better than ‘The Activist’

We know which shows we would rather watch. Do you?

By now you’ve probably heard about the new show to debut on CBS called ‘The Activist,’ in which six activists compete for funding and attention for their causes, success measured by social media engagement and the input of celebrity mentors Usher, Priyanka Chopra, and Julianne Hough.

Of course, everyone is rightly up in arms. There are so many things wrong with this concept. Forcing activists to compete against one another in a Hunger Games for the crumbs thrown out by the wealthy. Measuring success through social media engagement. Having celebrities who know little to nothing about these issues judging activists with years of experience. And doing it all as entertainment.

#CancelTheActivist is the hashtag someone started. Let’s get mobilizing.

While we’re on the topic though, we do need more shows about our work. The stuff we do is vital, urgent, complex, and sometimes hilarious, and there are barely any shows about it. The public is completely ignorant about the many critical issues we’re working on, as well as how our sector operates. So I’ve thought of a few ideas for reality shows that I’d like to pitch to television networks. Let me know what you think, and other ideas you have:

Each episode features a rich person going on an emotional journey diving into their family history to find out where their family’s wealth came from. Is it from slavery? Stolen Indigenous land? Tax avoidance? A combination? The rich person gets a chance to talk to the people exploited by their ancestors and receives assistance making reparations.

Funders compete, Shark Tank-style, to get nonprofits to accept their money. Each episode features several funders each going up to make a pitch about their application, disbursement, reporting process, endowment investment policies, and other factors, hoping someone on the panel of activists will take their money, if it’s not too burdensome or tainted.

Nonprofit EDs/CEOs go on a ‘sabbatical’ but in reality, they get help from a makeup crew to transform into a different person and join their own board. There they find out what the board really thinks about the staff, all the while pushing the board to enact changes at the org such as paid family leave. Hilarity and bitterness ensue.

A cooking competition show where contestants have to make dishes from leftover events food. Can the rubber chicken from the gala be turned into chicken parmesan, maybe served with a risotto made from the leftover white wine? What creative things will contestants do with trays of raw vegetables, picked clean except for cauliflower florets and radishes, and a full tub of ranch dipping sauce?

During the pandemic, nonprofits are surprised with a full makeover of their work spaces. Duct-taped chairs are replaced. HVAC systems get fixed. Mice and rattlesnake problems are taken care of! Everyone gets a real standing desk instead of having to use milk crates and cardboard boxes! Staff, who did not want to come back from remote working, see their new office and get very emotional. Sponsored by IKEA and local pest control services.

6. Who Thinks It’s Ethical to Be a Billionaire?

Each episode features a billionaire who believes they’re being surprised with a trip into space, but in actuality they are blindfolded, taken to a room, and confronted by people they’ve underpaid or otherwise exploited in order to make their money.* A tax expert is on hand to calculate how much money they should have paid in taxes.

Foundation program officers and board trustees must go through the grant process they force on nonprofits, having to answer questions like ‘explain how you will measure the success of your program and give three examples of past program successes, in 500 characters.’ After going through their process and experiencing guilt and remorse, they meet with a select group of grantees who had applied earlier but didn’t get the grant, for teary apologies.

In each episode, nonprofits, as well as corporations that advertise for new jobs without disclosing salary on their job postings are confronted. It starts with a courteous email or tweet reminding people that not disclosing salary on job postings perpetuates racial and gender wage gaps. The show follows organizations to see if they make changes, on occasion sending in interviewers and television crews to knock on the doors of orgs that continue to engage in this shady practice. (H/T ShowTheSalary.com)

Colin Kaepernick explores corporate social responsibility done right and wrong. In each episode, he interviews corporations that are sticking their neck out, such as Ben and Jerry’s, as well as the nonprofits they partner with. Simultaneously, nonprofit leaders are brought on as guests to tell corporations engaged in crappy CSR that sending 100 employees to a nonprofit for a day of service is annoying and useless and nonprofits should be paid to organize those shenanigans.

10. Gold Diggers with Hearts of Gold

Follows the complex relationships between nonprofit professionals and rich people from other sectors. An activist married to a hedge fund manager. An operations manager moving in with an oil tycoon. A social worker dating…anyone from any other sector. Can the gold digger with the heart of gold help the rich person see the importance of paying more taxes and not hoarding money in Donor-Advised Funds? Or will they be corrupted by lavish luxuries like reliable dental insurance?

*The language of this sentence was mildly tweaked to match our editorial guidelines. If you want to read the original, head over to Nonprofit AF, where this piece was originally published.

**Update: After the backlash received, ‘The Activist’ has changed its format. Read more about it here.

Tags: activism, Nonprofit Humour, philanthropy
We want IDR to be as much yours as it is ours. Tell us what you want to read.
writetous@idronline.org 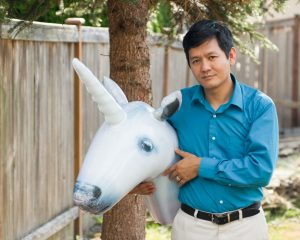 Vu Le (“voo lay”) is a writer, speaker, vegan, Pisces, and Executive Director, Rainier Valley Corps, a nonprofit in Seattle that promotes social justice by developing leaders of colour, strengthening organisations led by communities of color, and fostering collaboration between diverse communities. Check out his other posts at Nonprofit AF. 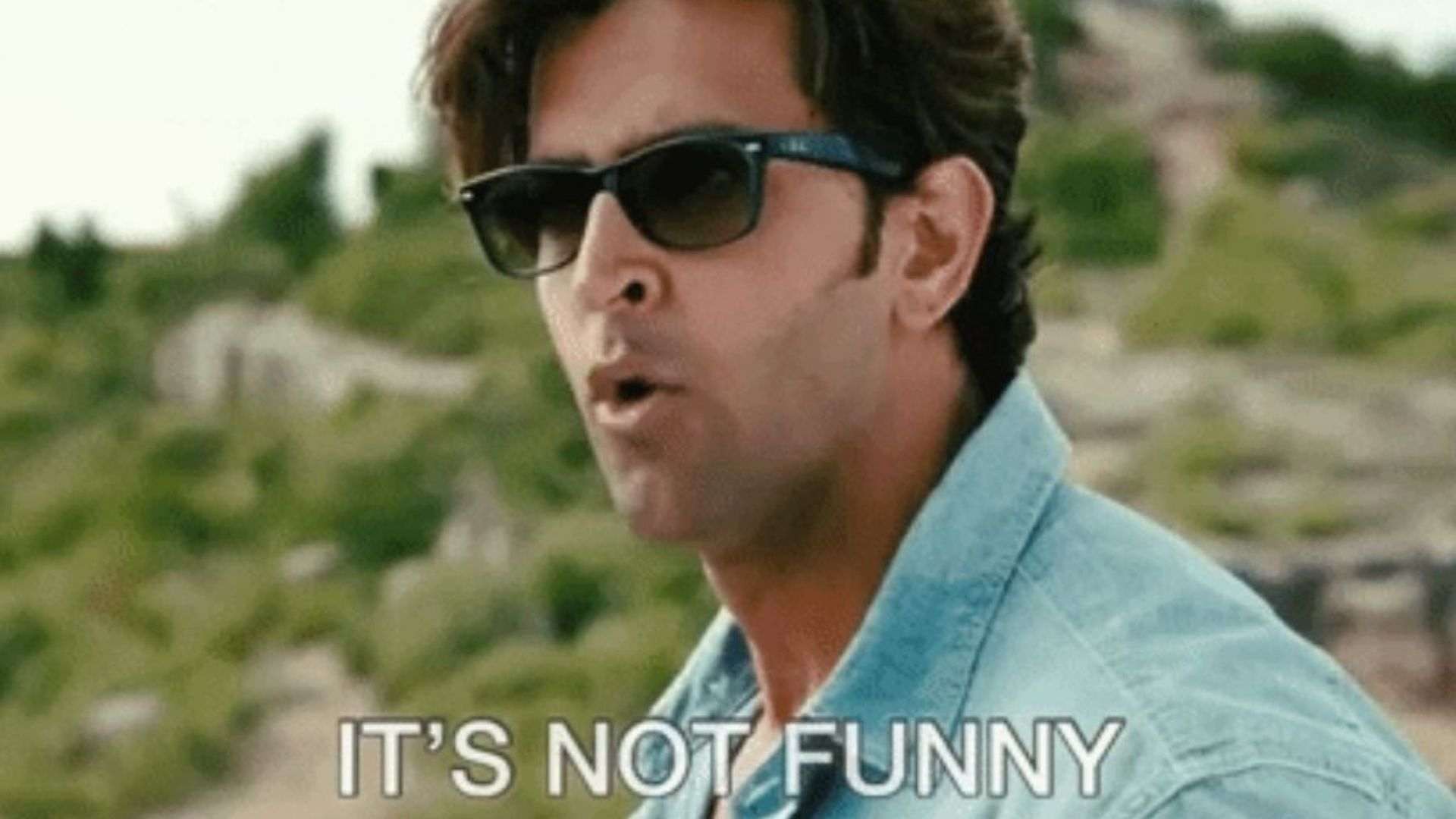 Humour
Everyone’s love-hate relationship with HR
When you wish the HR in your life is Hrithik Roshan, but it's only Human Resources.
by Cincy Jose, Rachita Vora | 2 min read 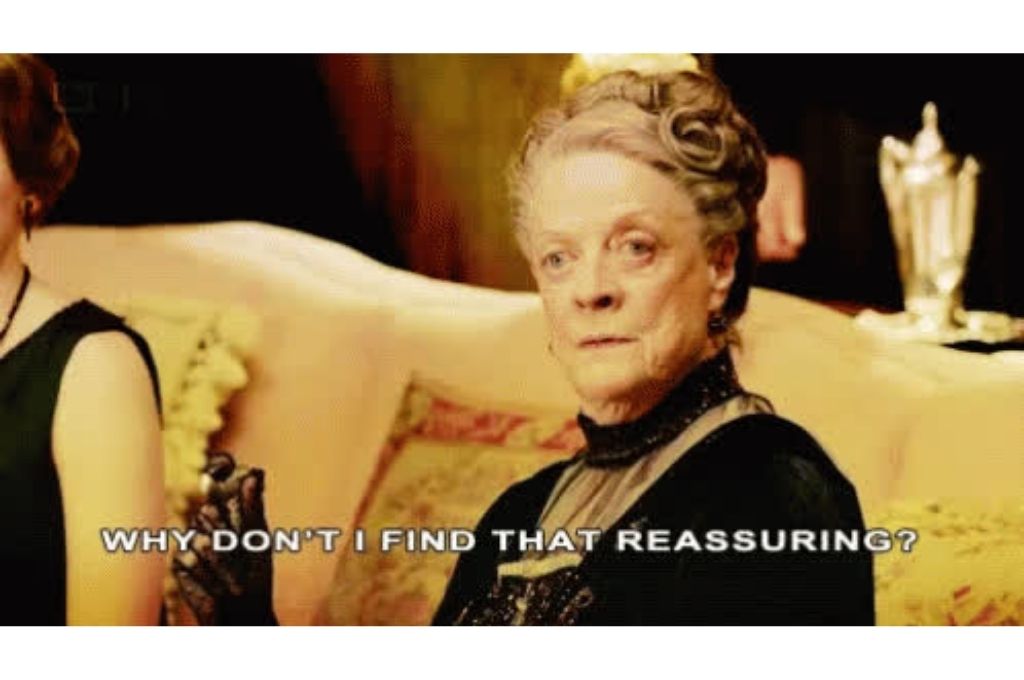 Humour
Maggie Smith GIFs for annoying coworkers
Sometimes it’s hard to find the right words to respond to the things you hear at work. Here are some GIFs from Downton Abbey that capture the right sentiment instead.
by Elisha Vermani, Sneha Philip | 2 min read 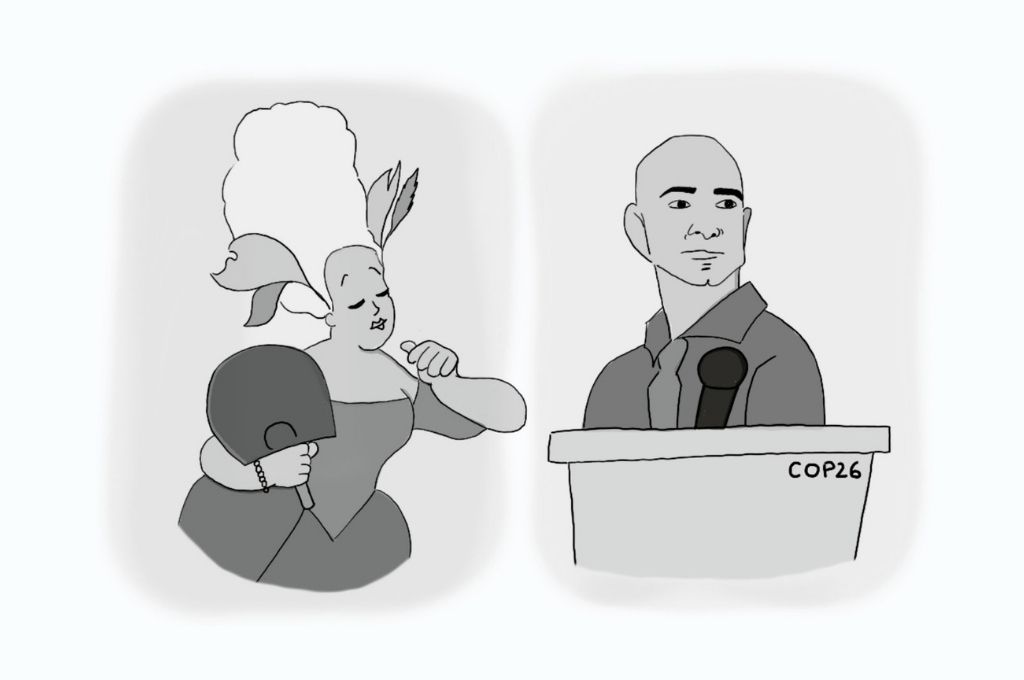 Humour
This nonprofit life Ep 16 | The big COP-out
What do Jeff Bezos and Marie Antoinette have in common?
by Rachita Vora | 2 min read