No land for widows

A study in Gujarat reveals why women who have been widowed during COVID-19 are struggling to access their land rights.

The still unfolding COVID-19 pandemic exacted a heavy toll in rural India during the second wave. It led to more deaths than the first wave, and rural fatalities were disproportionately higher among men compared to women. Rural Gujarat, where we work, saw a 22 percent increase in fatalities at the peak of the second wave, even as a report by The Wire alluded to undercounting of deaths by up to 27 times.

Despite the lack of an official record, it is clear that the pandemic has left thousands of women newly widowed. Many have lost the sole breadwinner of their families and are struggling to manage the double burden of grief and making a living. In the Indian context this is a matter of grave concern as single women are stigmatised, excluded, and marginalised by the community and government policies alike. The social impacts of an increasing number of single women aside, the COVID-19-led crisis is also aggravating the ‘feminisation of agriculture’ in rural India. This is interpreted as an increase in women being included in the unpaid agriculture labour force (working on their own land) under adverse conditions without decision-making power, owing to disparity in land ownership.

While there is a lack of gender-differentiated data on land ownership, the agricultural census provides information in the form of operational holdings along with some information on its social composition. In India only 12.8 percent of land holdings are under the ownership of women, covering a land area of 10.3 percent. In the state of Gujarat, this is only marginally higher—women own 14.1 percent of land holdings and have 13.2 percent share in land area.

Despite legal and policy recognition, women’s land rights are deeply enmeshed in discriminatory sociocultural norms and patriarchal customary practices. In the absence of a concerted effort by the state to address gender inequality, there is a wide gap between the enabling legal framework and the actual extent to which such rights are exercised. Men and boys are undisputed heirs to land whereas women’s claim over right to land is almost always questioned and met with opposition and, often, violence.

The virus may be gender-neutral but its effects are not

Since the outbreak of the pandemic, we at SWATI have undertaken studies to understand the gendered impact of the pandemic on women and girls—the impact of COVID-19 on women’s land rights is a major area of inquiry. Land is an important resource in rural areas and land-based livelihoods contribute to 70 percent of rural livelihoods. With over 85 percent rural women engaged in agriculture, we wanted to understand the impact on access to land or inheritance for women who had lost their husbands, fathers, fathers-in-law, and other male landowning members.

Between March 15 and May 15, 2021, we conducted a dipstick study in five blocks (Dasada, Dhrangadhra, Santrampur, Siddhpur, and Radhanpur) of three districts (Surendranagar, Mahisagar, and Patan) in 40 villages of Gujarat. Four hundred and seventy-three deaths due to COVID-19 or suspected COVID-19 were reported during this period, of which 63 percent were men and 27 percent were women.

Interviews and focus group discussions with women revealed the specific challenges that they face in accessing their land rights, which are dependent on the woman’s relation with the male landholding and decision-taking member of the family, her age, whether she has children, if her children are girls, and various other subjective factors.

Recently widowed Sangeetaben, 26 has a four-year-old son. The family lived in Patdi town where her husband had a government job with the electricity department. After his death, Sangeetaben and her son have moved in with her late husband’s family in Mithaghoda village, 16 kilometres from Patdi town.

With the death of male members come many social sanctions and restrictions that disadvantage women.

Sangeetaben admitted she did not have any details of the family’s land. “I know that the land belongs to my father-in-law, but I don’t know if anybody else’s names are on the land. I don’t even know if my husband’s name is on the land.” At first, Sangeetaben denied anticipating any challenges in having her name on the land document. “It won’t be a problem since I have a son,” but later added, “It won’t happen soon, as I am still young. My brother-in-law is still unmarried. My name won’t be added to the land document until he gets married.” The possibility that Sangeetaben might be married off to her brother-in-law hung unspoken in the air.

With the death of male members come many social sanctions and restrictions that disadvantage women.

Leeliben, 48, of Mithaghoda lost her husband to COVID-19. She worries about her dependency on her brother-in-law to undertake procedures relating to the inclusion of her name in the family land register. Protocol requires that the process to add names of successors be completed within a month. Post this period the case will have to be taken to the district office, which can be complicated and expensive. However, the custom demands that a widow not step out of the house for six months after her husband’s death.

Neelaben, 43, of village Upariyala, lived in Ahmedabad with her husband and their three children. After her husband’s death from COVID-19, she returned to her village with her children. Neelaben is being denied possession of the land by her brother-in-law. With no income, she has to resort to doing wage labour on others’ farms to feed her family while staying at her in-laws’ house. Lacking support, she is wary of taking up a fight to claim her share.

Women face ‘othering’ by their families and their claims are resisted.

Kajalben, 29, reported that her father-in-law passed away during the pandemic and now all the family members’ names will be added to the land title. On being asked if her name will be added, she said, “Oh no. Who will trust a daughter-in-law who has entered the household just yesterday?”

Jeetiben, 50, was left behind with three daughters and 25 acres of land owned by her husband. Jeetiben’s father-in-law is putting pressure on her to add the names of her brother-in-law’s sons to her husband’s land instead of her and her daughters’ names. He says, “We will look after you, but the land should remain in the family.”

Women are compelled to ‘voluntarily’ waive off their rights

Fifty-year-old Lasuben Rabari of Goriyawad village lost her husband and both in-laws within the span of a few days in the second wave. As per the family custom, Lasuben is not allowed to step outside the house for a year. The 30-bigha land in her father-in-law’s name was shared equally by Lasuben’s husband and brother-in-law. After the deaths, Lasuben’s brother-in-law initiated the land mutation process (the transfer or change of land title entries in revenue records of the local municipal corporation) and had his name and Lasuben’s and her children’s (five daughters and one son) names added in the land records.

Soon after, on the advice of a revenue talati (official), Lasuben’s brother-in-law compelled Lasuben to waive off her and her daughters’ rights in favour of Lasuben’s son on the grounds that it would be easier to avail schemes and loans if there are fewer names in the land records. Although Lasuben and her daughters agreed and appeared before the court to register their legal waiver, they feel that having their names in the land records would have given them a sense of security for the future.

Customary practices and a patriarchal state

Customary practices such as keeping the land in the eldest son’s or brother’s name to avoid fragmentation and keep the joint family together no longer benefit anyone, and particularly harm women.

Sisters-in-law Kantaben (63) and Vijuben (65) used to till their family-owned landholdings of 15 bighas. The land is in the name of their eldest brother-in-law. When their husbands were alive, they tilled the 5 bigha share of land each brother owned informally. Now the eldest brother-in-law refuses to let either of the women cultivate the land. They have had to seek work as labourers on others’ farms in the village. The widowed women have barely managed to make INR 3–4,000 this agricultural season, and they won’t find more work until the agricultural season next year.

There is a wide gap between the enabling legal framework and the actual extent to which women’s land rights are exercised.

There is a wide gap between the enabling legal framework and the actual extent to which women’s land rights are exercised. The government, along with civil society organisations, must take the lead in recognising that for inclusive, equitable, and sustainable growth and long-term recovery from the pandemic, rural women’s asset strength and fallback positions must be made stronger. This can be done by:

Tags: coronavirus, gender equality, land rights, patriarchy, women rights
We want IDR to be as much yours as it is ours. Tell us what you want to read.
[email protected]
ABOUT THE AUTHORS 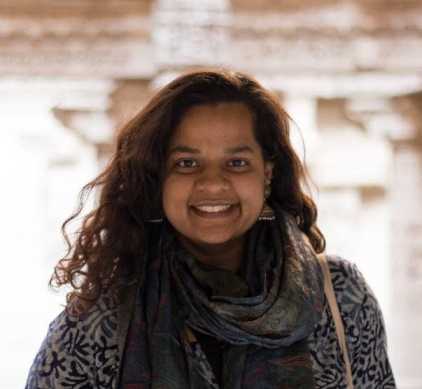 Karen Pineiro works with Society for Women's Action and Training Initiatives (SWATI) as a research and documentation consultant and has five years of experience in gender, education, health, livelihoods, and other social issues. 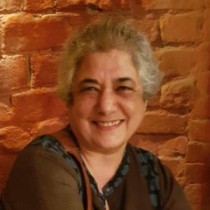 Poonam Kathuria is the founder-director of the Society for Women's Action and Training Initiatives (SWATI). Poonam has more than 25 years of experience in a leadership role working for the prevention of gender-based violence, women’s empowerment, and leadership.