Changing the public narrative of the social sector

The social sector's response to COVID-19 offers us the opportunity to change how people perceive nonprofit work.

When the Prime Minister announced the nationwide lockdown on March 24th, he acknowledged the challenge that lay ahead and how government would not be able to fight this battle alone. He noted that this challenge would be particularly hard for the poor, and that alongside government, civil society could also help mitigate some of their hardship. Cabinet Ministers echoed this call for civil society to provide support. Over the week, as pictures of massive crowds of migrant labourers trying to make their way back to their homes emerged, the calls became more urgent.

On March 30th, almost a week into the lockdown, Amitabh Kant, CEO of NITI Aayog, sent out a circular requesting civil society organisations to “aid and supplement the efforts of the State and local administration”. He also thanked all nonprofits involved for their “whole hearted participation in this critical nation building exercise, which has direct bearing on the social and economic fabric of our great country.”

Since the outbreak of the virus, ‘unprecedented’ has been one of the most used words. This collective and public appeal from the government for the social sector’s support might also be considered to be an addition to the list of unprecedented events of these times. It could be construed as somewhat ironic, given the government’s efforts to clamp down on the sector through arbitrary legal hurdles, revocation of FCRA licenses, and accusations of being ‘anti-development’ and ‘anti-national’. This call for support comes at a time when governments were leveraging nonprofit support selectively, but were otherwise effectively ‘shutting the door’ on the social sector.

There is a lack of trust in nonprofits in India

There is little doubt that politics has played a role in sowing public mistrust in nonprofits. Trust in the social sector in India lags behind the trust of both the public sector and the private sector. This is an anomaly when compared to other countries: respondents in more than half of the 28 countries surveyed through the Edelman Trust Barometer trust nonprofits more than both the public and the private sectors.

In mainstream media, nonprofit work is barely covered, and nonprofit leaders rarely have a voice.

However, across the country, most nonprofits do not face this mistrust from the communities they work with. This dichotomy suggests that the gap in trust may be largely limited to a smaller section of the population, albeit a powerful one—the upper class and mainstream media.

The manifestation of this gap in trust is often apparent in donor, media, and public behaviour. In India, there are short funding contracts, very few instances of unrestricted funding, and great demands for monitoring data. In mainstream media, nonprofit work is barely covered, and nonprofit leaders rarely have a voice. From a public perspective, it is unfortunate that the letters “N-G-O” are often seen with scepticism.

There is a need and opportunity to change the narrative around the social sector in India. | Picture courtesy: Wikimedia Commons

The central role that the social sector is playing in helping tackle the health and socio-economic challenges in India created by the COVID-19 pandemic, makes this an opportune moment for us to address these barriers.

Civil society’s response to the crisis has been quick, proactive, and selfless. This includes: nonprofits starting emergency operations and new programmes in a matter of days; several organisations redirecting and repurposing their staff and volunteers to go beyond their mission to provide emergency relief; and nonprofit staff, volunteers, and fieldworkers putting themselves on the frontlines, just as health workers are doing all over the country.

Even as nonprofits respond to direct, emergency needs, there is an opportunity to work towards a paradigm shift.

The social mission-driven nature and deep reach of nonprofits position them uniquely—compared to companies and governments—to tackle the crisis and serve those who are worst affected: migrant labourers, the homeless, and the urban poor. Several nonprofits, including those operating on a large scale have devoted themselves to working with some of the most underserved populations, in some of the hardest-to-reach areas.

The reach, trust, and connection with affected communities, and the capacity to support them is unique to the social sector, as is evident from the government’s appeals for support. However, even as nonprofits respond to direct, emergency needs, there is an opportunity to work towards a paradigm shift both in how the social sector works with governments, as well as the public narrative and perception around nonprofits.

Moving towards a stronger form of collaboration with the government

Firstly, as nonprofits help the government fulfil its responsibilities towards citizens, the social sector could explore advocating for structural changes that would improve government response in the first place.

Related article: It is time to revisit how civil society engages with politics

For instance, numerous nonprofits are providing emergency food, transport, and cash relief to migrant labourers. These organisations could also seek to improve the working and accountability of state labour departments (for example, better utilisation of unused state funds for construction labourers), and the public distribution system (for example, advancing emergency protocols on use of grains during emergencies), as part of their efforts.

Secondly, nonprofits could leverage their pandemic response to try and cultivate an openness within the government to support the sector’s work, a glimmer of which has been visible through the government circulars.

Though there is a two-way transaction of support between nonprofits and governments, there remains a strong power dynamic that can delay or undermine the nonprofit’s efforts. Generally, we speak about this power dynamic in funder-nonprofit relationships, but less so with government-nonprofit relationships, even as stakeholders increasingly aspire for deeper partnerships with government.

With the COVID-19 crisis, there is a more open acknowledgement of the need for civil society’s support by the highest levels of government. Dialogue to establish better faith during this period may go a long way in assuaging challenges post the crisis.

Changing the public narrative of the social sector

There is a need and opportunity to change the narrative around the social sector in India. The ‘anti-national’ and corruption-ridden image harms the sector. It limits entry of potential funders—both high-net-worth individuals, as well as every day, small-ticket givers via online crowdfunding platforms. It also increases fundraising costs as nonprofits are forced to over-invest in reporting and establishing credibility to secure contributions.

Nonprofits and other sector stakeholders should seize this moment to garner greater domestic support.

Given the efforts of the sector in the current crisis, nonprofits and other sector stakeholders should seize this moment to garner greater domestic support. One immediate aspect to work on, in this regard, is to address the near absence of voices from the sector in mainstream media. This, even as individuals from the private sector—from stalwarts to start-up founders—appear frequently on news panels and debates. With the level of expertise and connection with the most vulnerable in our society, surely, voices from civil society are underrepresented.

No doubt, people in the sector are busy responding to the crisis through direct support. However, to deprioritise such actions—perhaps not as individual organisations, but as a sector—could mean missing out on a potential paradigm shift that could enable the sector to do its best work.

Tags: civil society, coronavirus, indian ngos, social sector
We want IDR to be as much yours as it is ours. Tell us what you want to read.
writetous@idronline.org
ABOUT THE AUTHORS Varun is an independent nonprofit consultant, working primarily at the intersection of poverty and social exclusion. He has supported a range of nonprofits and philanthropies on organisational and programme strategy development and execution, across thematic areas such as migrant labour, gender-based violence, land rights, maternal and child health, and urban governance. Prior to this, Varun worked with The Bridgespan Group as a strategy consultant for more than three years, and held part-time roles with Asha Impact and Make A Difference. He is an alumnus of the Young India Fellowship, Ashoka University. Programme
Nonprofit financial planning for COVID-19
Here’s how we should plan for the financial health of our organisations for the next three to nine months.
by Mahamaya Navlakha, Satyam Vyas | 6 min read 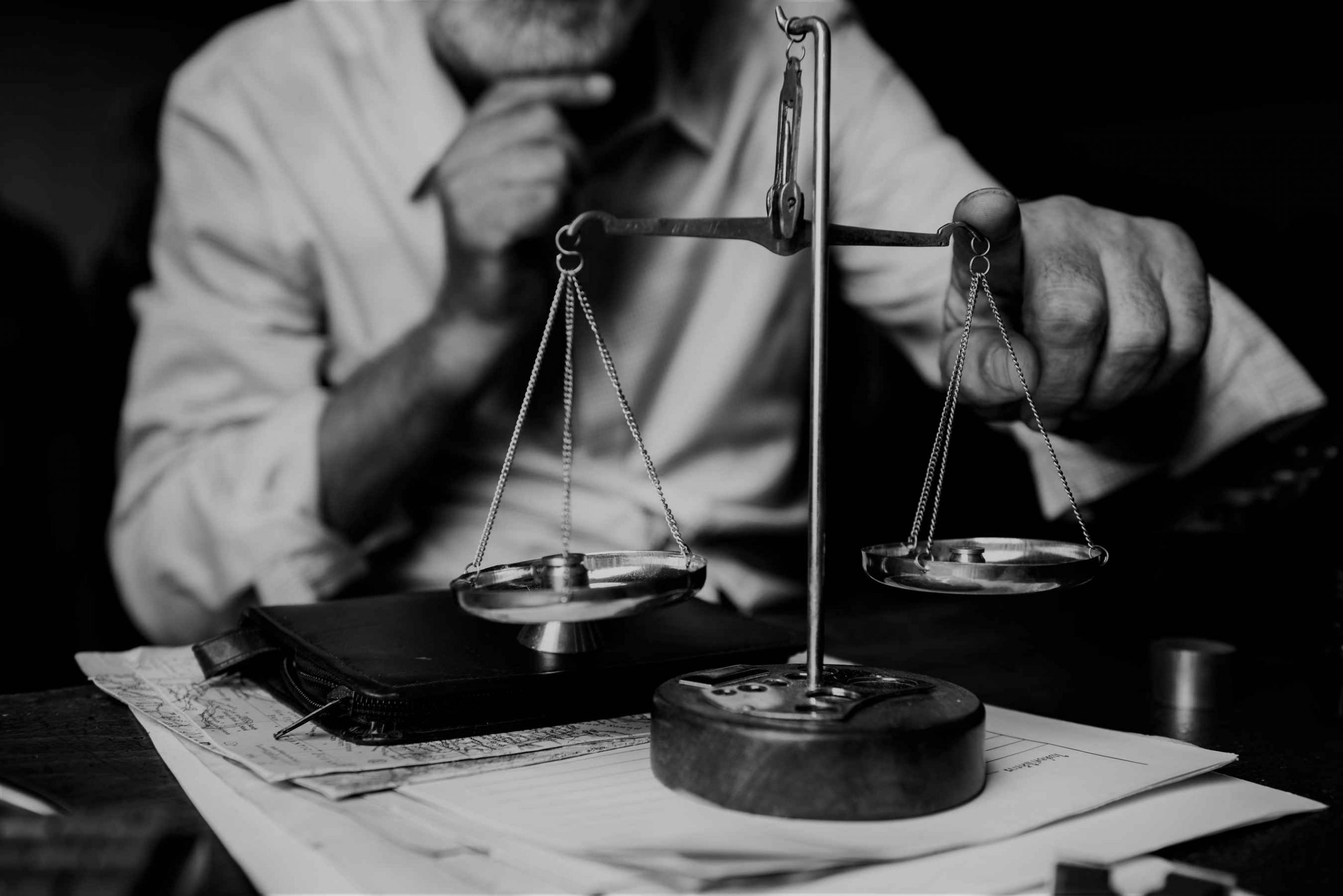 Ecosystem Development
Enabling India’s social sector
The legal framework governing civil society is too old and complicated, and it is keeping the sector from reaching its full potential.
by Saahil Kejriwal | 6 min read