The ease of doing good in India

Understanding how governments and philanthropy can create an environment to drive capital into the social sector.

In recent decades, Asian countries have undergone an economic transformation that has improved the living conditions of their people. However, this growth has been uneven across countries and communities. In spite of the fact that Asia accounts for one-third of the world’s wealth, it continues to remain home to two-thirds of the world’s poor. Fifty million children don’t go to school, 1.7 billion people don’t have access to basic sanitation, and 81 million people remain unemployed.

The ongoing COVID-19 pandemic has further compounded these challenges, and is expected to undo years’ worth of progress on poverty, healthcare, and education, especially for the most vulnerable. In this scenario, the social sector matters now more than ever in the provision of vital social services, rehabilitation, and rebuilding. In India, for instance, civil society has stepped up during the pandemic to provide food, clothing, shelter, and other basic necessities to those most affected by the pandemic.

Despite this critical role played by the social sector, it has increasingly been facing constraints to its functioning, particularly by way of tightening regulations. One such example of this is the passing of the recent Foreign Contribution (Regulation) Amendment (FCRA) Act, 2020 in India, which is expected to impact thousands of nonprofits across the country.

Now is the time to encourage domestic private social investment.

Now is the time to encourage domestic private social investment, including increased philanthropy, CSR, and impact investing. It is estimated that if Asians give up two percent of their GDP, around USD 587 billion can be made available annually, which is 12 times the net foreign aid flowing into Asia. However, Asian philanthropy is still largely held back by a trust deficit in the social sector, as well as by gaps in incentives to give more and deploy private resources more strategically.

Understanding how we can make this happen

To understand how countries can create an environment to drive capital into the social sector, the Centre for Asian Philanthropy and Society (CAPS) publishes a biennial Doing Good Index (DGI). The DGI 2020 examines the factors which enable or hinder such investment. It also provides a roadmap of the policies and practices that will incentivise giving and foster a thriving and effective social sector.

The study covers 18 Asian economies (16 countries including India, Hong Kong, and Taiwan). With the help of partner organisations such as Guidestar India and the Centre for Advancement of Philanthropy, 2,189 social delivery organisations (SDOs) 1 were surveyed and 145 experts interviewed. Based on this, countries are divided into four performance clusters—Doing Well, Doing Better, Doing Okay, and Not Doing Enough—in order to understand the gaps that each of them needs to fill, to create a conducive environment for ‘Doing Good’.

Unlike elsewhere in the world, governments in Asia matter a lot. Since philanthropists and corporations often choose to work in tandem with governments, they have a profound ability to influence the social sector environment. This environment is defined by:

1. Regulations that seek to make the sector more transparent and accountable. This includes aspects such as efficiency, flow of funds, and communication.

2. Tax and fiscal policies that apply to the social sector, which provide incentives for donors and recipients.

3. Ecosystem, which looks at the socioeconomic and cultural context for civil society and includes factors such as public perception, institutional recognition, and good governance, among other things.

4. Procurement opportunities for SDOs provided by the government, which help legitimise SDOs and provide them with a sustainable source of income. 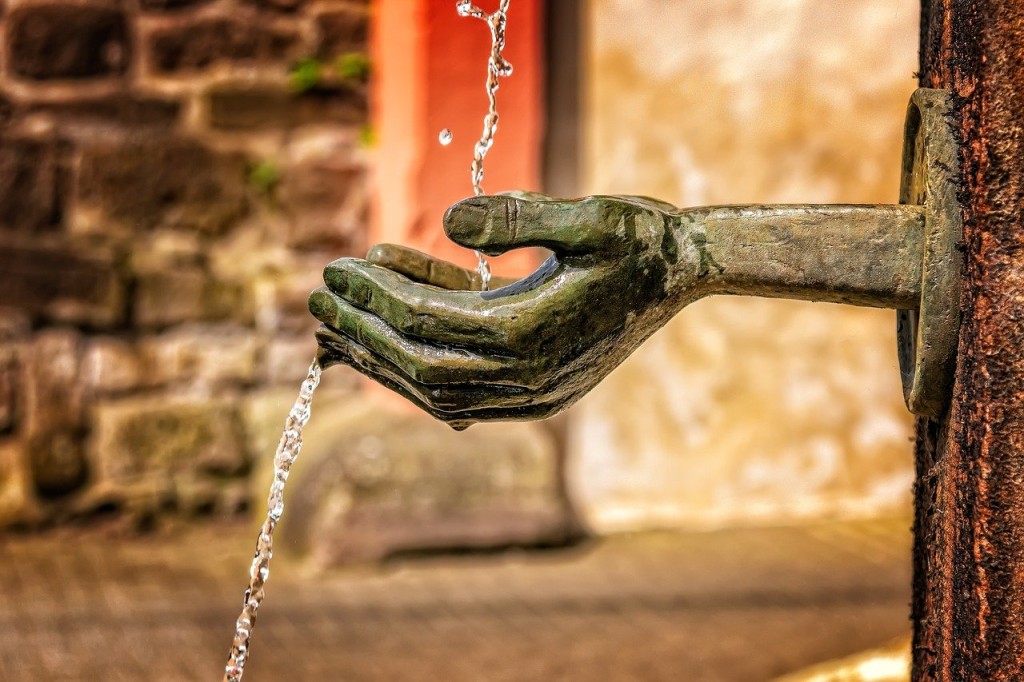 India on the Doing Good Index 2020

Based on these four parameters, India has been ‘Doing Okay’ since the first DGI report in 2018. India is one of the few countries to mandate corporate giving via the Companies Act, 2013, which has been beneficial to the sector. However, individual philanthropy is yet to reach the desired levels, with 93 percent of the surveyed Indian SDOs believing the same. Tight regulations as well as complex laws cause major problems to charitable activities in India, apart from an inherent preference among people to donate to religious organisations.

The DGI 2020 also identifies five broad trends across Asia, which can be used to understand the ease of giving across the region, and where and how India compares to other economies.

In Asia, institutions including companies and foundations prefer to work in tandem with government, so public policy related to the social sector not only has a direct effect, but also a signalling effect that amplifies its impact. With growing distrust around foreign funding, governments are looking to encourage domestic philanthropy and corporate social responsibility (CSR).

In India, 43 percent of SDOs claimed that fundraising has become more difficult.

More than half of the surveyed economies are witnessing declining foreign funding. In the six countries that impose restrictions on foreign funding, many SDOs report that funding has decreased by at least 20 percent. In India, for example, 43 percent of SDOs claimed that fundraising has become more difficult in light of the changing regulations that limit foreign contributions. This is likely to impact their work, given that 50 percent of India’s SDOs receive foreign funding, making up 13 percent of their budgets.

Related article: A guide for philanthropists

There are procedural delays too, and approval for tax exemptions as well as FCRA registration take more than four to six months, making it the second-longest setup time in Asia. Similarly, registering a nonprofit in India is a time-consuming process and takes around 180 days, which is nearly double the average across Asia. On a more positive note, since most SDO registration processes are now online, it has led to a significant decline in corruption.

3. Confusion about tax and fiscal policies holds back donations

Tax incentives encourage charitable giving by individuals and corporations in a healthy manner, by signalling that the government supports giving and other related activities. However, the report found that there is widespread confusion regarding these policies. One in four SDOs across Asia are unaware that tax deductions are available for charitable donations. Similarly, country experts in 14 out of 18 economies find it difficult to accurately identify relevant tax policies.

A number of SDOs believe that a lack of tax incentives is one of the reasons for low individual giving.

India offers a 50 percent rate of tax deduction—which is one of the lowest in Asia—with only 10 percent of the income eligible for deduction. This make systematic philanthropy a less attractive proposition for donors. A number of SDOs believe that a lack of tax incentives is one of the reasons for low individual giving in India. As importantly, the government is giving up the signalling power which tax incentives provide to show support for the sector.

4. Government procurement is a missed opportunity

Public procurement of services from SDOs can be an important source of revenue, growth, and legitimacy for the social sector, while simultaneously making government service delivery more efficient. However, despite having great potential, procurement rates fell between 2018 and 2020, with 13 out of 18 countries scoring below average on this sub-index. In India, 37 percent of the surveyed SDOs received procurement contracts from the government, which was significantly better than the Asian average of 26 percent. Most SDOs surveyed claimed that they found the entire process of procurement lacking transparency.

To achieve better impact, it is necessary to have collaboration between public and private partners. The good news is that 11 out of 18 economies reported that CSR and public-private partnerships are receiving more attention and 86 percent of surveyed SDOs reported that they work with the corporate sector in various capacities. Not only does this help build the capacity of SDOs, it also helps reduce the trust deficit.

Mandatory CSR has had an overall positive effect on the social sector in India, with 51 percent of SDOs receiving corporate funding, which is marginally higher than the Asian average of 48 percent.

How can India do better?

From the DGI 2020, it is clear that while the social sector in India has made some gains over the last few years, there is room for:

1. Improved regulations: While India’s corporate laws have aligned with global trends, compliance requirements for SDOs seem to be increasing. By making regulation easier to understand and by making processes more efficient, the government can make it easier to do good in the country.

2. Better incentives for giving: Fiscal and tax incentives are an important, yet under-utilised tool to unleash domestic funding and draw more resources into the social sector.

3. Greater collaboration: By working together, the government, social, and private sectors can help reduce the trust deficit that exists.

Given the urgent need for change to take place, the Doing Good Index gives a comprehensive analysis of how things are in Asia and what we can do better. It identifies several opportunities for governments across the region to do more for society, as well as how private philanthropy must play a part in meeting people’s needs.

Tags: coronavirus, FCRA, indian ngos
We want IDR to be as much yours as it is ours. Tell us what you want to read.
[email protected]
ABOUT THE AUTHORS 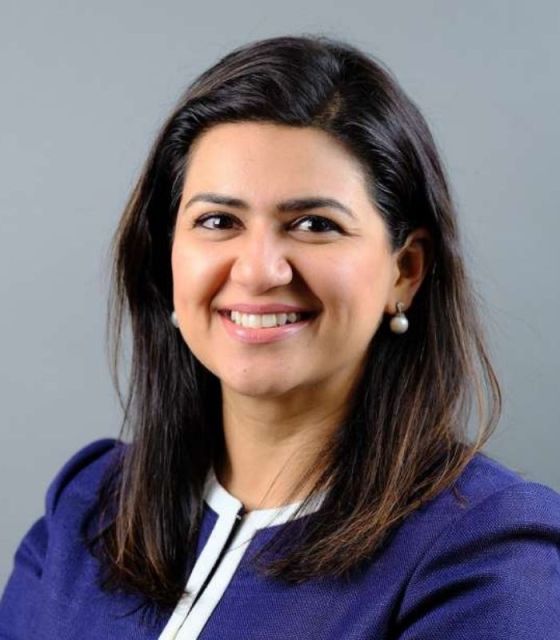 Mehvesh Mumtaz Ahmed is the director of research at the Centre for Asian Philanthropy and Society (CAPS). Mehvesh has extensive experience in research, analysis, and management across the public, corporate, and nonprofit sectors. She has worked for the New York City Mayor’s Office of Management and Budget under Mayor Bloomberg, for the World Bank, and for the United Nations Development Programme (UNDP). Prior to joining CAPS, Mehvesh worked in the strategy consulting and entrepreneurship space in Hong Kong. 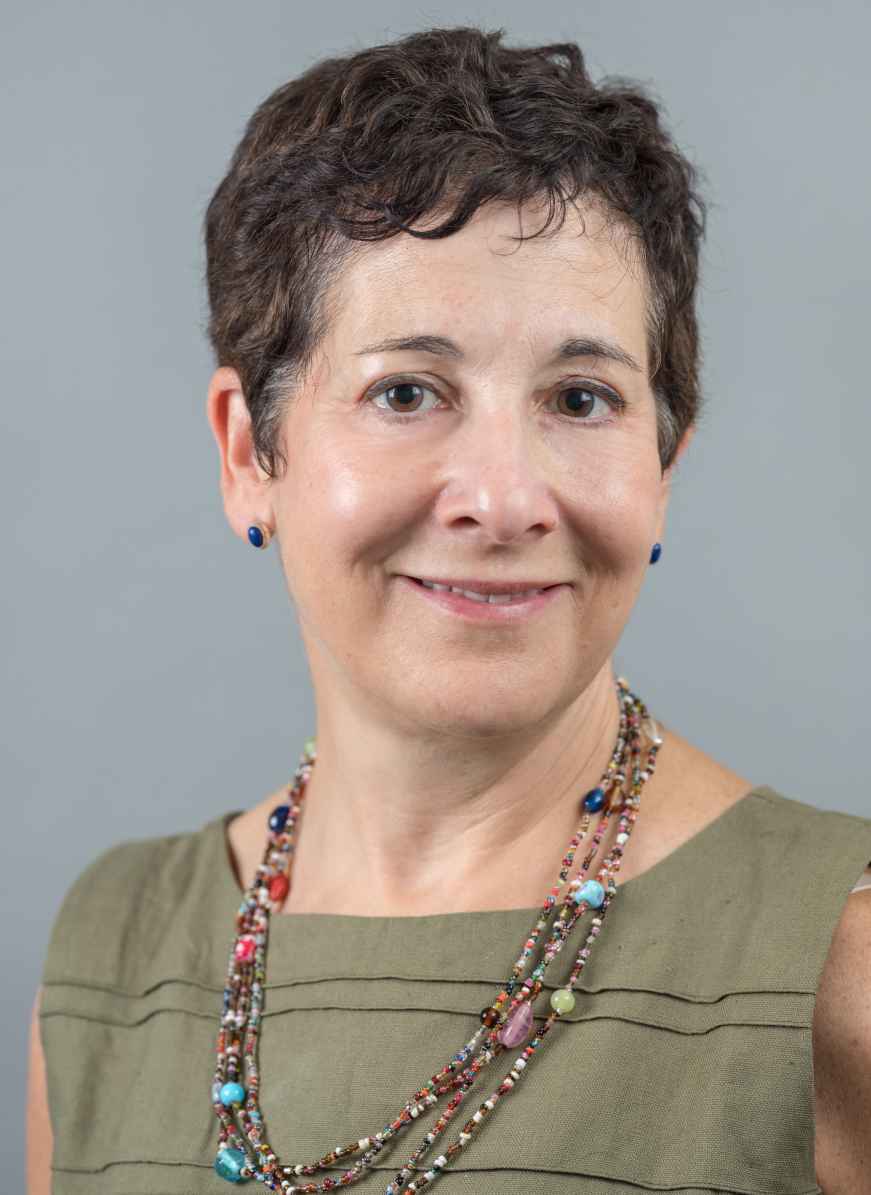 Dr Ruth A Shapiro is the founder and chief executive of the Centre for Asian Philanthropy and Society (CAPS), a research and advisory nonprofit organisation based in Hong Kong and working throughout Asia. Dr Shapiro is the primary author of Pragmatic Philanthropy: Asian Charity Explained and has published articles in the Nikkei Economic Review, the South China Morning Post, and Philanthropy Impact. She is a regular speaker on issues related to private social investment in Asia.